Located in a strip of land between an abandoned factory property and the Bloor-Lansdowne residential neighbourhood with tidily maintained front yards, Robert Kananaj’s new gallery venue boasts high ceilings, ramps and bright lights. When confronted with the question, why move, he responded with a smile that the choice was easy. Indeed it must be since the the new gallery is simply perfect and beautiful. However it needed a lot of imagination to design it in details and hard work to physically do it. It used to be a textile factory where workers needed strong light, that’s why the place is blessed with huge windows at the front. The light coming in gives the place a temple-like feeling. The high ceiling is painted in a silver-metal color and that again, gives the gallery a somewhat elevated athmosphere. Kananaj moved walls, built in some others, devided the right wall into two levels, videos could be projected from a hidden place on the left – creating a modern Kunsthalle both in size and perfection. 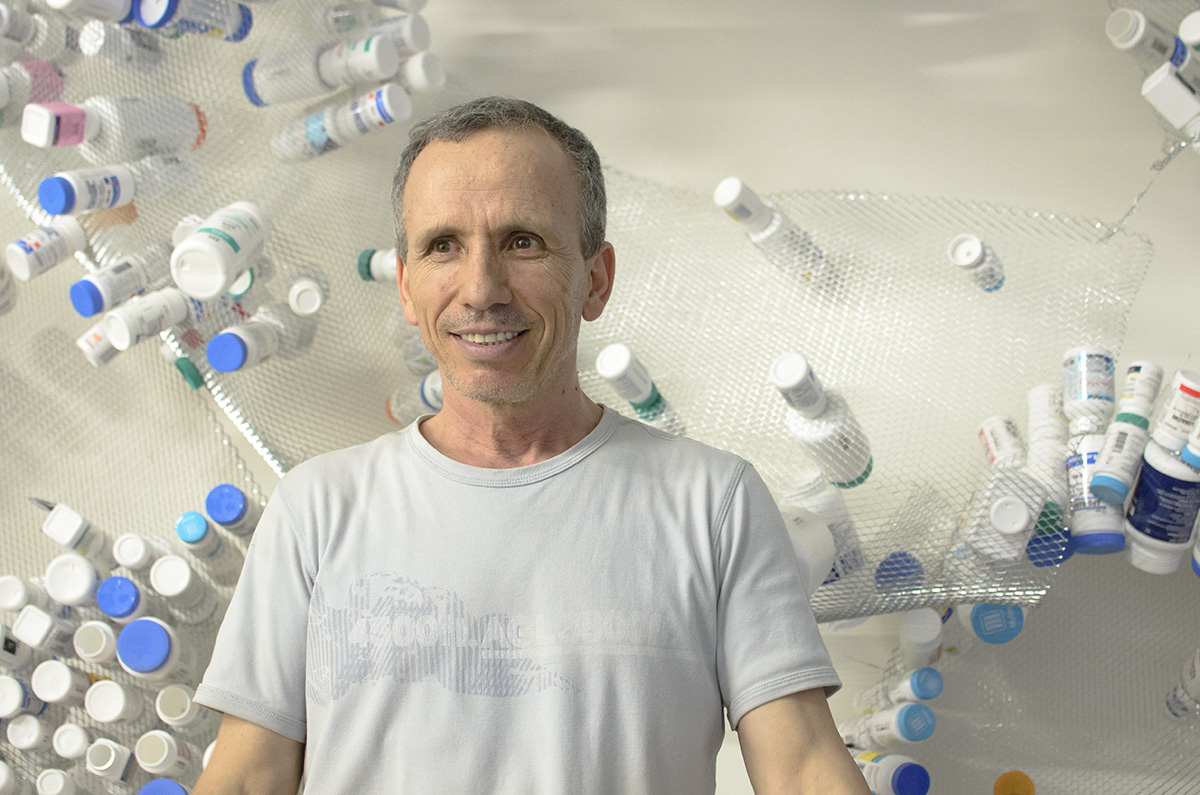 Gallery owner, artist Robert Kananaj in front of his installation 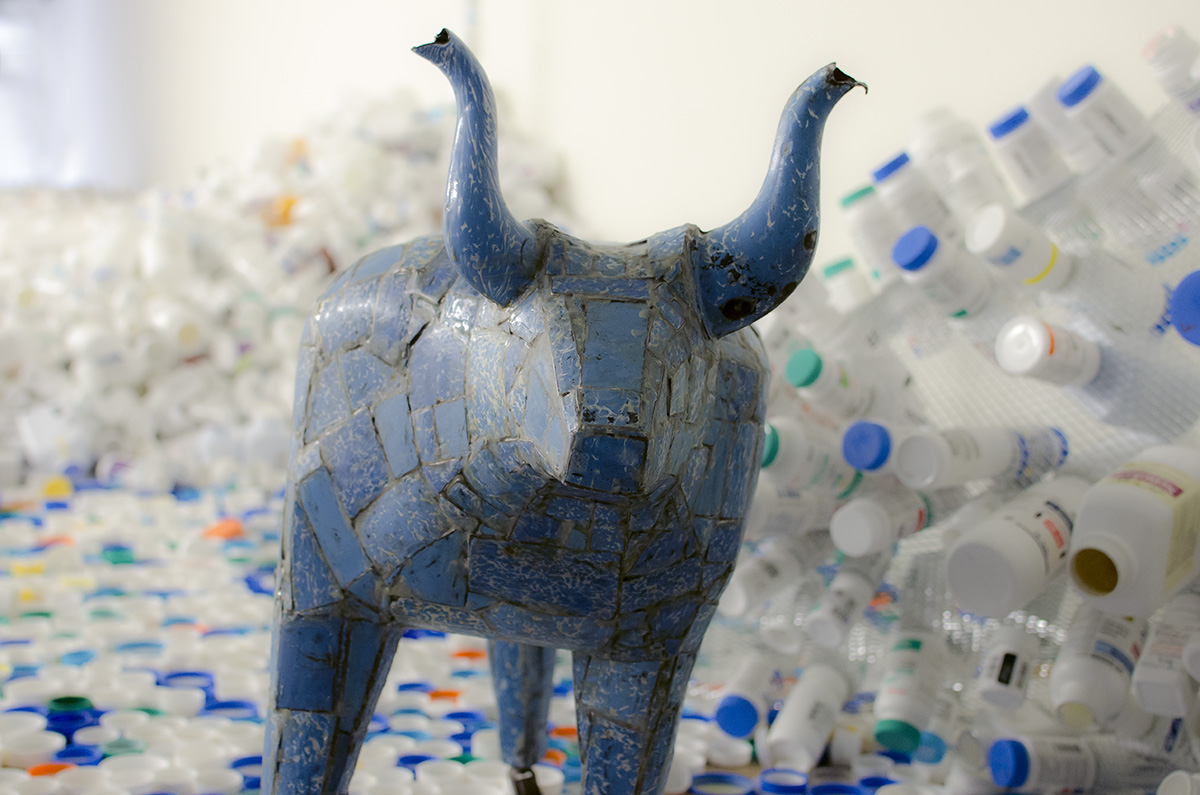 Robert is in the process of transforming that pristine space with his monumental installation, to which he enthusiastically refers as “the umbilical cord,” assembled from hundreds of empty medication boxes. 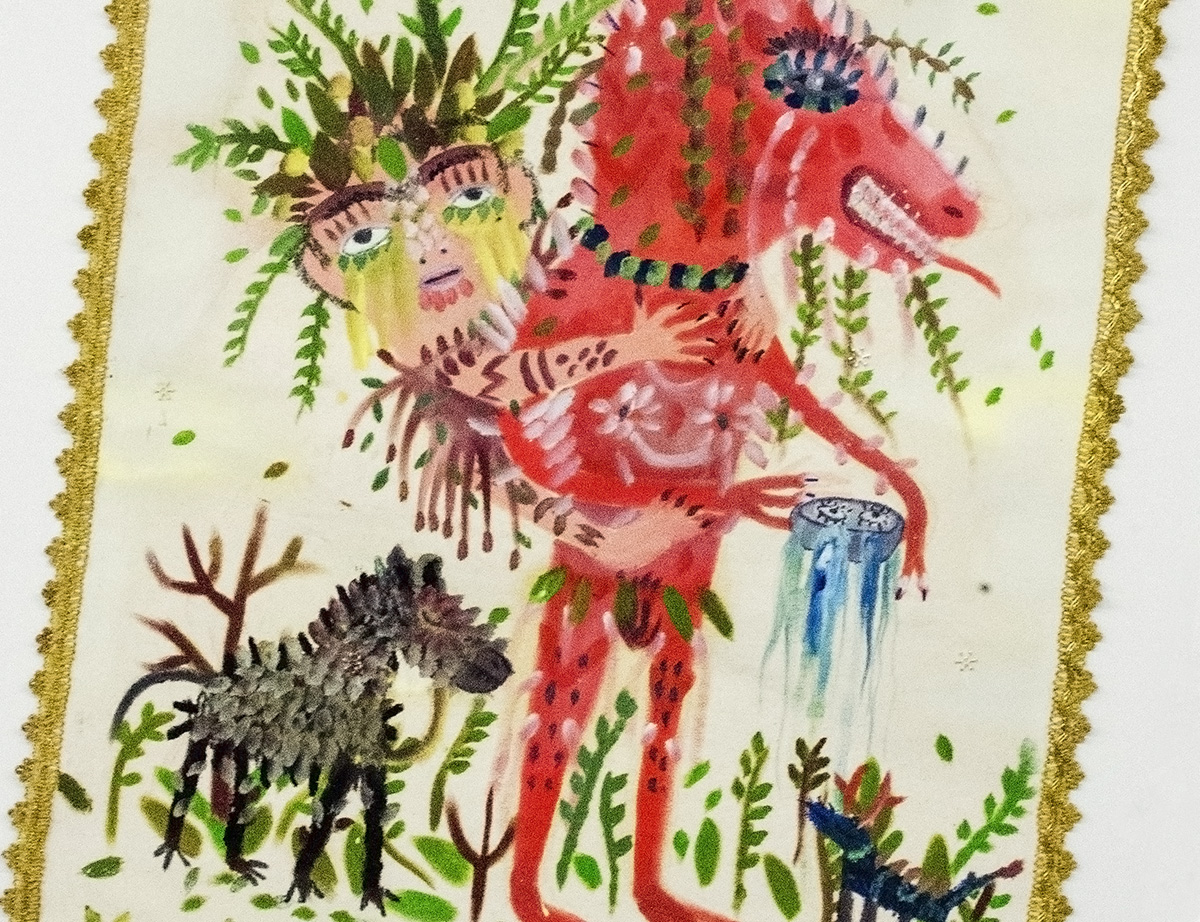 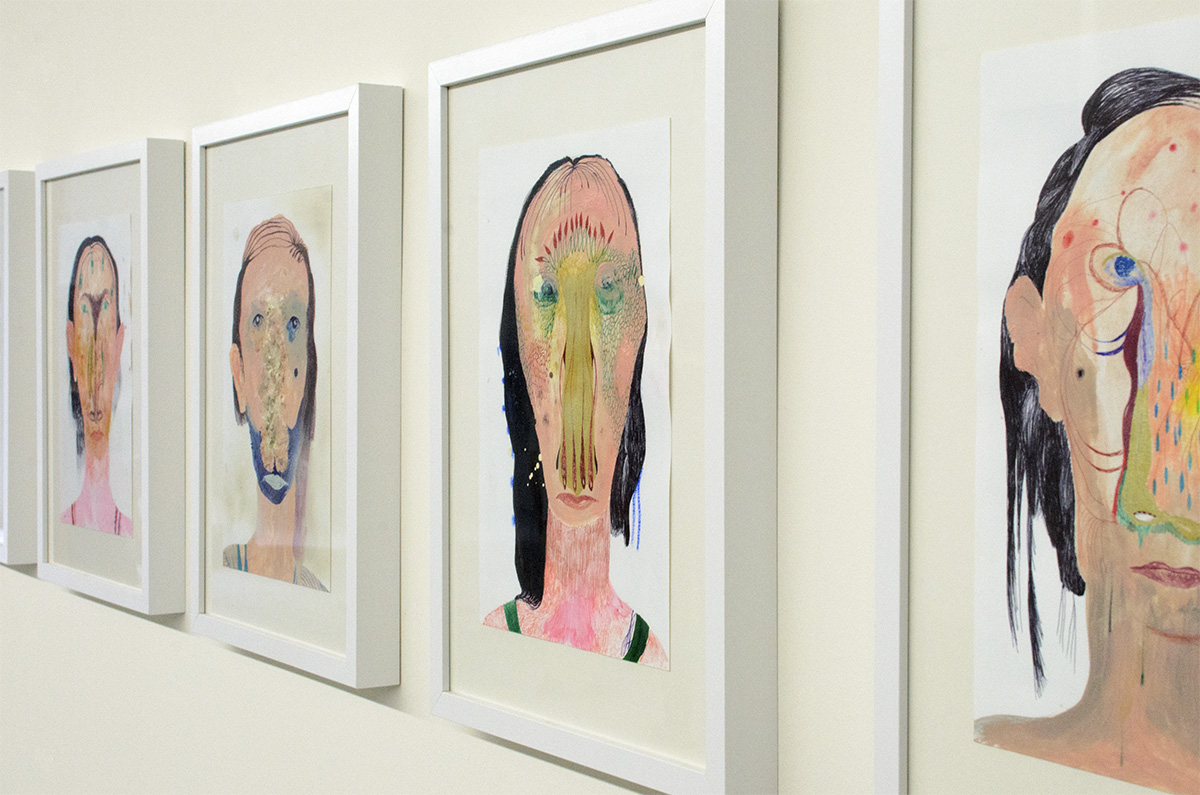 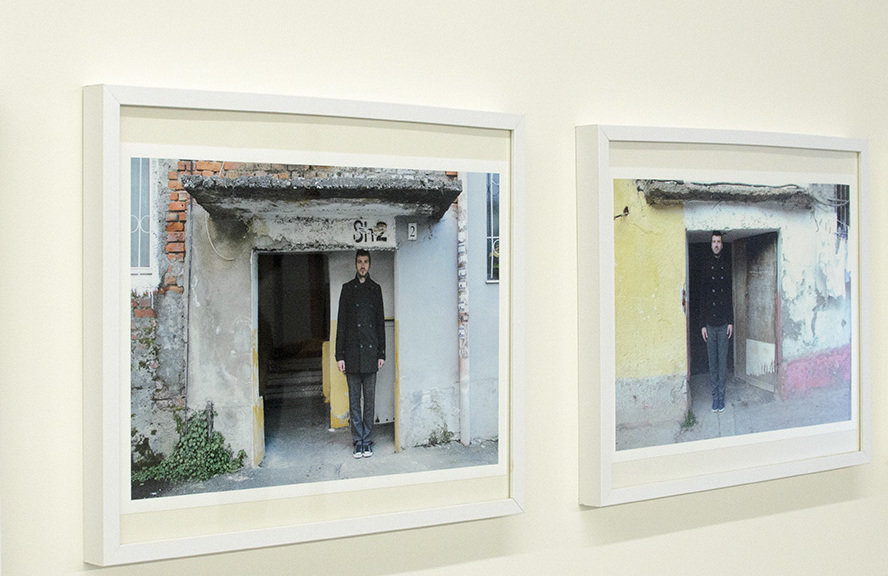 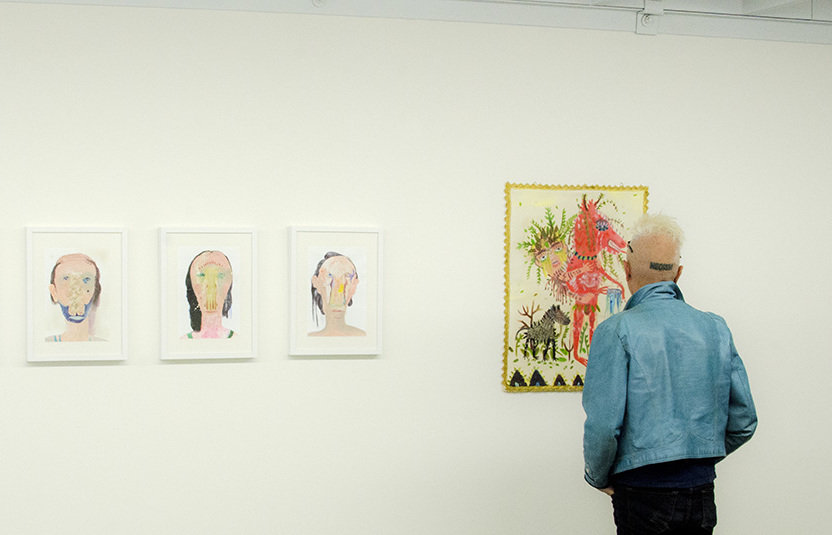 The shoes with concrete have a story: once, a person in orange prison dress came to the gallery. He was just released, but had nowhere to go, no money, and so he came to the gallery. Robert helped him, bought him new clothes and gave some money, in exchange for the uniform. 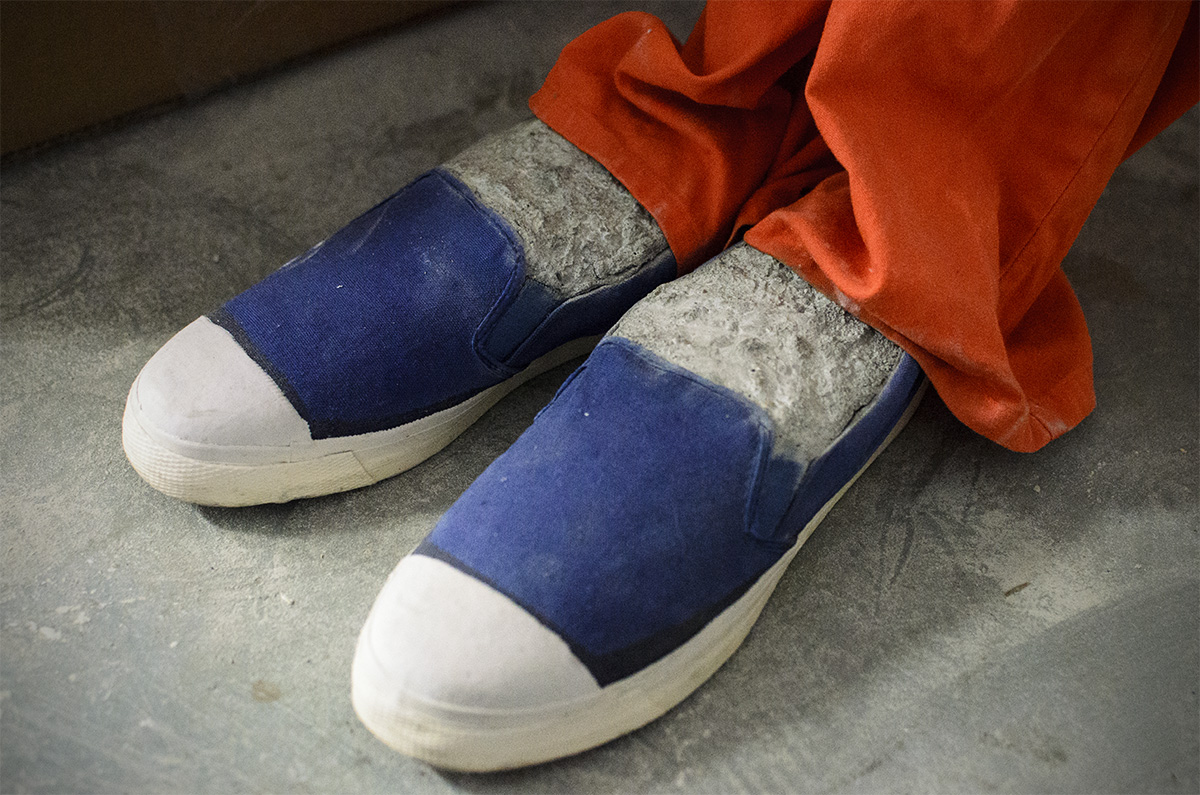 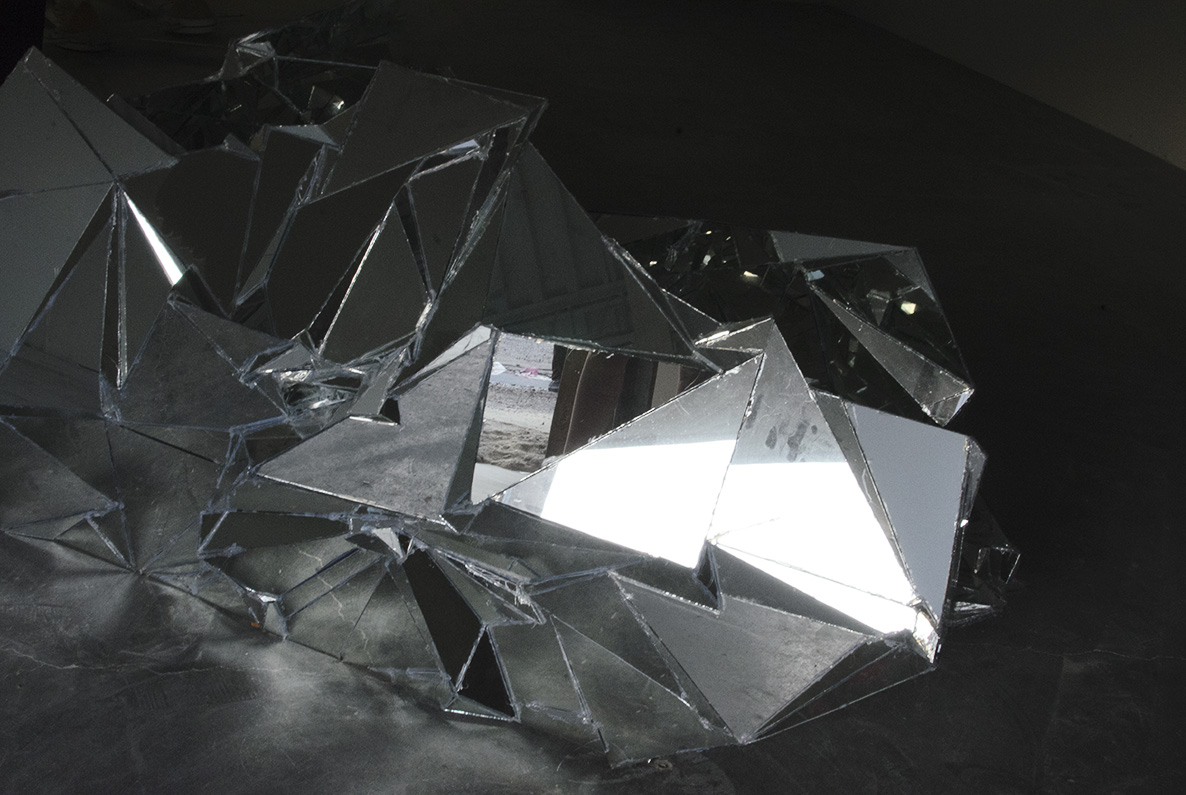 Robert Kananaj Gallery is one of a kind, where shows merge into one another, artworks have no cards beside them so you have to talk to Robert to learn more about the pieces on display. The gallery celebrates its three year’s anniversary featuring five Albanian and five Italian artists, among overall thirty artists.

The area in St. Helens Avenue is becoming a new art centre with Daniel Faria Gallery and Clint Roenish Gallery, TPW moving into the place beside Kananaj and the galleries on Morrow Avenue  just over the bridge.