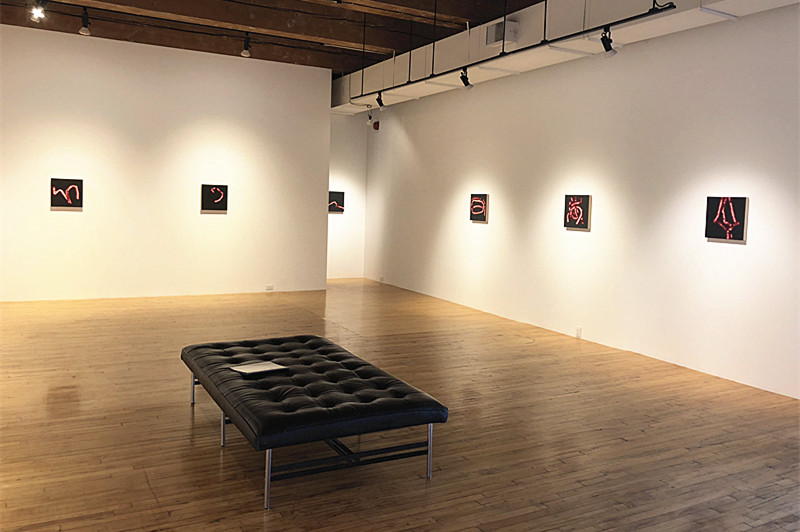 McDermott uses a minimal palette and simplified shapes to depict unfamiliar objects. His unique abstraction of tube-like structures can be difficult to interpret for viewers at first sight. His works are not meant to be seen individually, but rather as a series of pieces that interconnect. Audiences can comprehend the Sonnet paintings more easily by knowing McDermott’s previous works. The Properties of Language series (2016) applied the same motifs as the Sonnet paintings. The two series show many similarities in their artistic forms; both built upon bold colour contrast to draw clear distinction between the tube-like structures and the monochrome backgrounds. While The Properties of Language use white objects on black backgrounds or red objects on blue backgrounds. The Sonnet paintings combine red colored objects on black backgrounds with a strong highlight at the center of the tubular design which makes them stand out three dimensionally on the two dimensional surface.

By depicting unfamiliar, non-existing objects, McDermott’s works refuse any possible categorization and invite the viewers to become active spectators. As he states, “Because I have depicted a world that the viewer does not know, the viewer is free to really look. The observer feels the relationships, tensions, quandaries, dilemmas, support and warmth that exist within the work and themselves.” The challenge for audiences is trying to make sense of the objects in the paintings. What do these objects stand for and what does the artist intend to express with them? Do the intertwining tube-like objects represent the metal structure of buildings and through it our modern world, maybe even a futuristic view? Could it be possible that the red columns stand as metaphors for human organs or arteries and veins?

There is an uncertainty in these works that leave them open to interpretations. One of the possible narratives is related to language. “up against” and “seeing through making,” resonates with my cultural background. They remind me of rearranged Japanese characters. It makes me wonder, if this was an intentional design, or only a coincidence from the artist’s unconscious associations.

Pat McDermott, up against (left) and seeing through making (right), both 2017-18, acrylic on plywood, 15″ x 15″. Courtesy of Christopher Cutts Gallery

The amazing labyrinths of tubular forms could easily represent something as complicated and beautiful as a sonnet. Sonnets are hard to write, since they are short and must be clear to be understood – they are the essence of language. These tubes sing about mysteries to us. That is exactly what McDermott wants, as he wrote, “In the Sonnet Paintings, I have tried to depict the abstract with clarity…The paintings possess a photographic quality but what they depict is not ever obvious.” 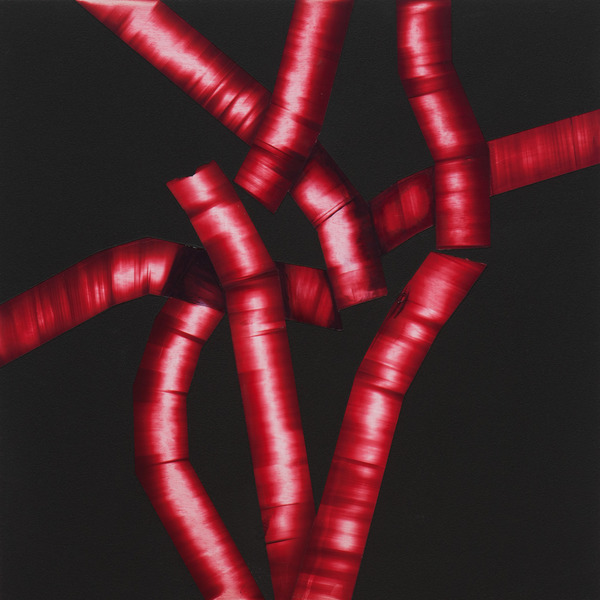 The ambiguity and abstraction created in the Sonnet paintings require active thinking from the audience, which can be challenging, but also amusing at the same time. 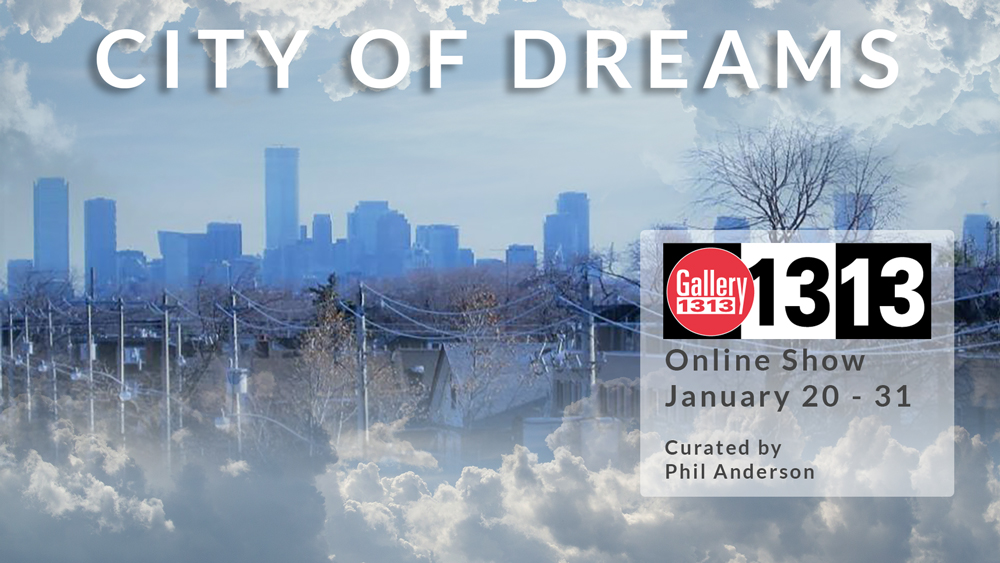