Moira Ness is a young, interdisciplinary artist with numerous exhibitions to her credit in North America. She is working out of Ushers Studios based in Toronto, mainly focusing on photography-based landscapes and algorithm generated text. What makes Ness’ work so appealing is her way of revealing the rarely-seen and the unknown side of a landscape. Her photographs are philosophically inspired, with a mystical message to the viewers. Nightscapes is Ness’ solo show, currently on display in Akasha Gallery, containing more than ten pieces. This series portrays Toronto at night, showing how different it looks in the dark than it does during daylight and creating nightscapes, that you might never see.

Lakeshore, one of the most realistic piece of the series, presents a factory building on an ordinary street. A few green bushes try to break the monotony of the brown tones of the brick building and the road, but they only blend in. Darkness rules the composition, juxtaposed against the blue light radiating from the factory windows. 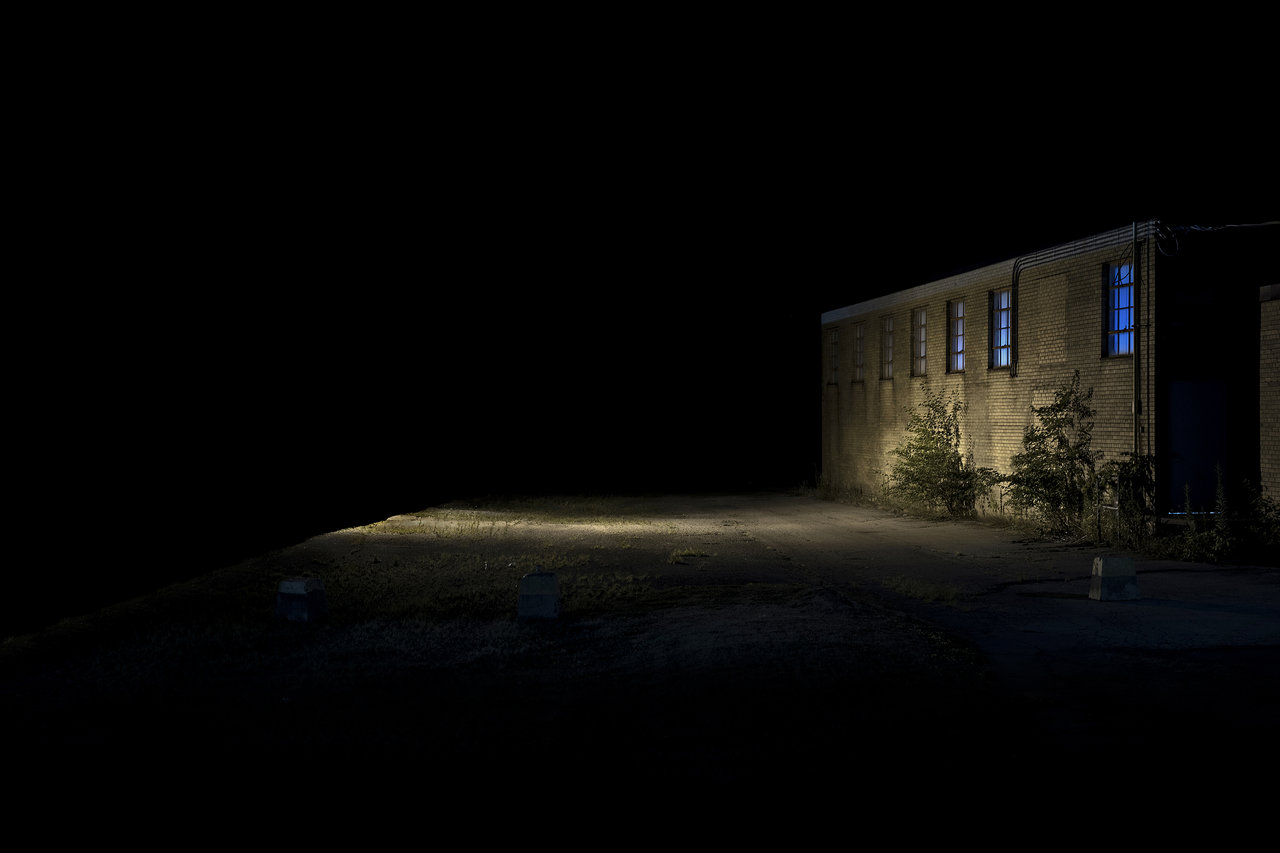 Trafalgar shows a large, green, cubic garbage container that stands by itself at the far end of a parking lot. The container is a beautiful, lime green, that radiates an almost neon-like light – a reflection of the main light source we can’t see – giving us a feeling that the light is coming from the container itself. The container and the curbstones of the parking lot, though deserted, have a life of their own filled with a meditative meaning that only night gives. 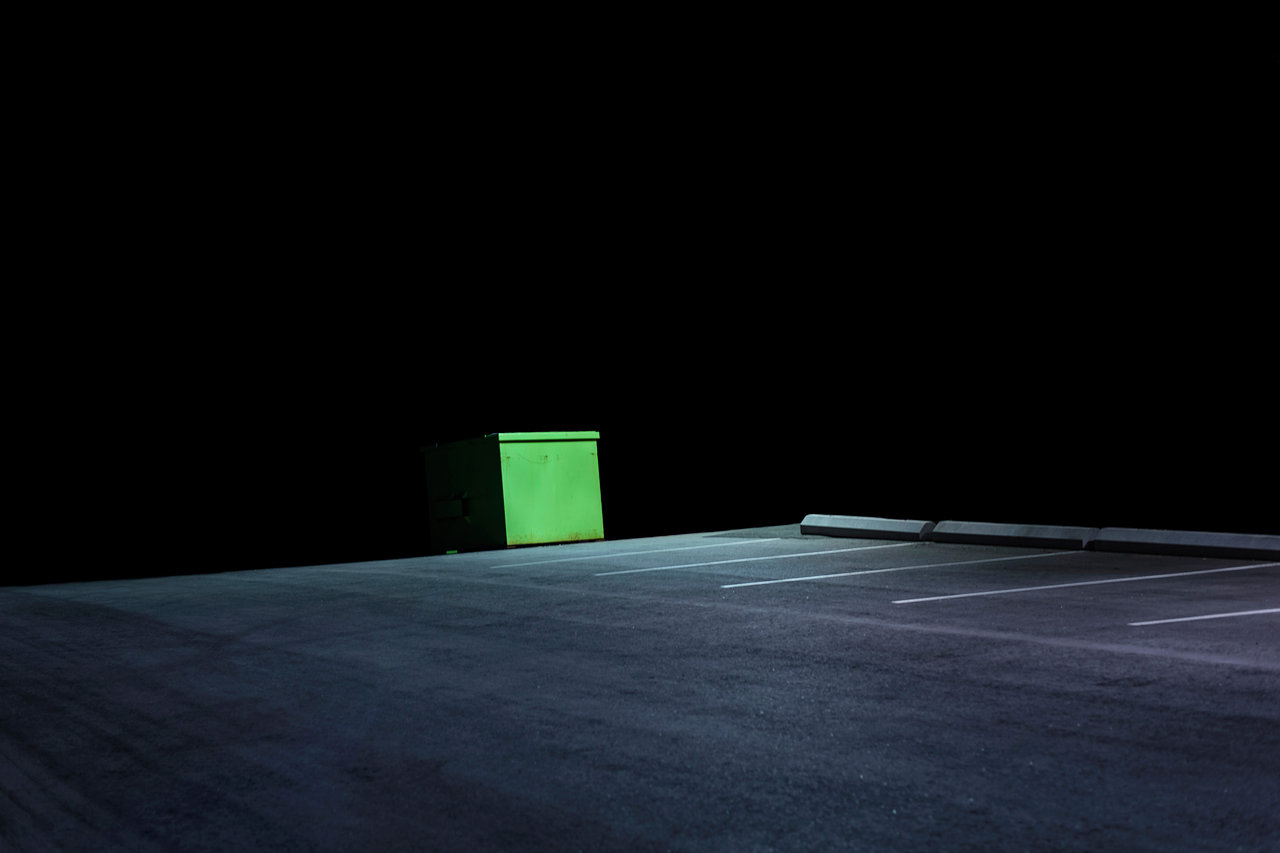 Brampton is a representative piece with a dim and humid-looking tunnel placed in middle of the image. The only light source in the scene is coming directly from the safety lamp on the ceiling of the tunnel, thus the surrounding area is dark, and only the inside of tunnel can be seen clearly. The tunnel looks more like it might be a trucking container without the front or back ends, but appears as a real tunnel, under this lighting. The bricks on the ground are so detailed that even the weeds in the cracks can be seen. The metal walls work like mirrors reflecting the light back to the inside of this strange, ghostly interior. The poorly lit surrounding area of a path, running in a straight line at the entrance of the “tunnel-box” and some dry grassy field with shadows of tree branches make the image even more otherworldly. It is painstakingly realistic but also surrealistic at the same time. 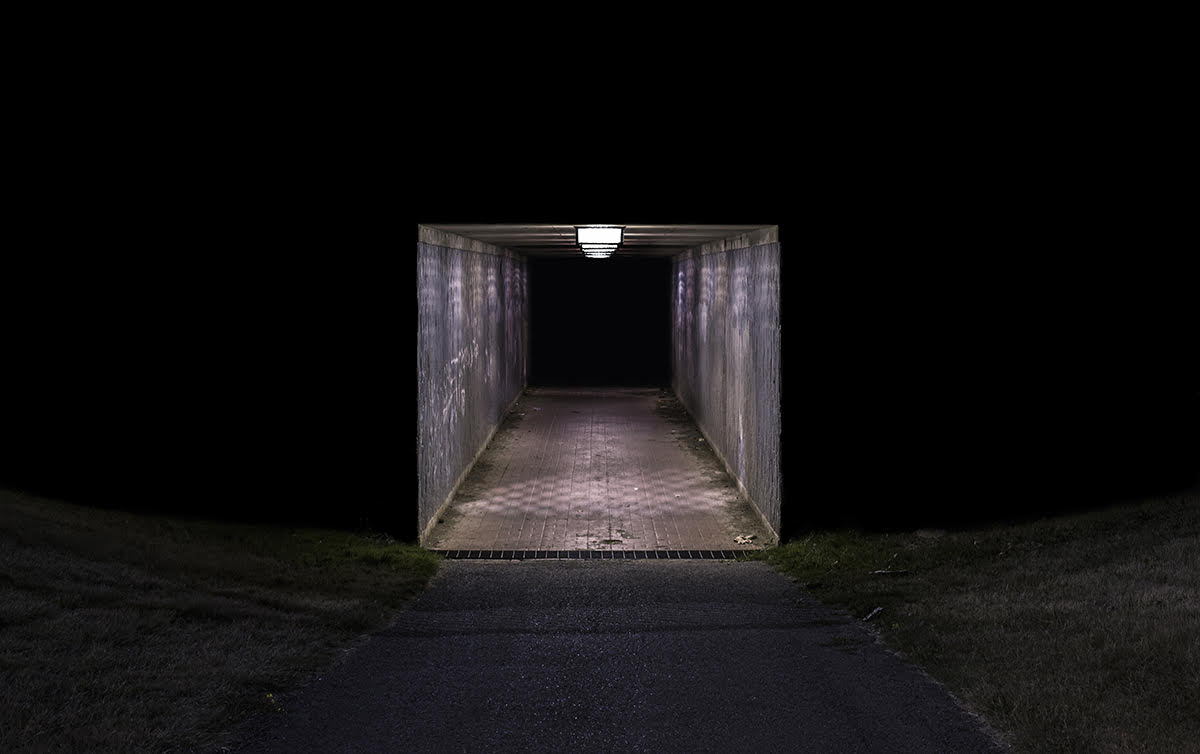 In Waughan Mills, elements have been washed in a warm tone that contrasts a mass of blackness and a mass of highlights unevenly, patch by patch. This serene image captures the night, in a dreamlike, abstract way. 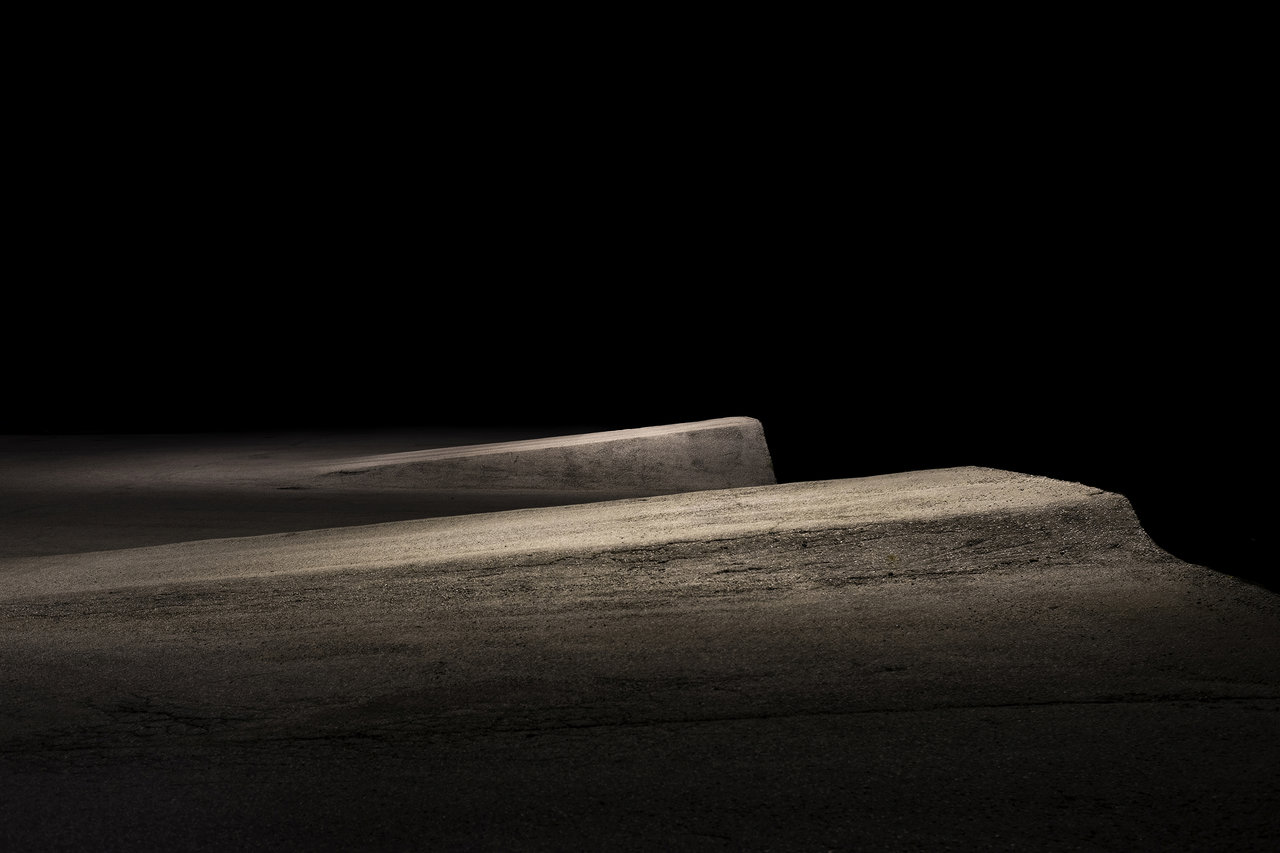 All the scenes Ness has photographed in the Nightscapes series, are random places with no conspicuous or easy-to-recognize buildings to locate them – even with the titles. They could be anywhere in any city. In her creative, vibrant works Ness is seeking stillness in this ever-changing world.

The artist’s editing, using Photoshop, allows her to focus on her chosen object, removing unwanted details like telephone poles and street lamps, to fill the photograph with the power and mystery of the night she intended. There is only one light source, many times just reflecting the real light source that has been eliminated from the image. The image she presents to the viewer is a mediated, heavily edited one that combines reality with Ness’ visions to create a mystical realism that is mesmerizing.

Images are courtesy of the artist and Akasha Gallery