Sandblom titles his three paintings in this exhibition Phosphenes. A phosphene is most often that phenomenon we ‘experience’ with our eyes closed just after rubbing them vigorously, namely moving geometrical kaleidoscope-like patterns of light. This sort of experience can have other causes, but most importantly they are appearances that are generated internally rather than by anything we see in the outside world. Curiously, the pictures themselves are images of things we find in the world – stormclouds, buildings and lakes. So why the allusion to such private spectral imagery? 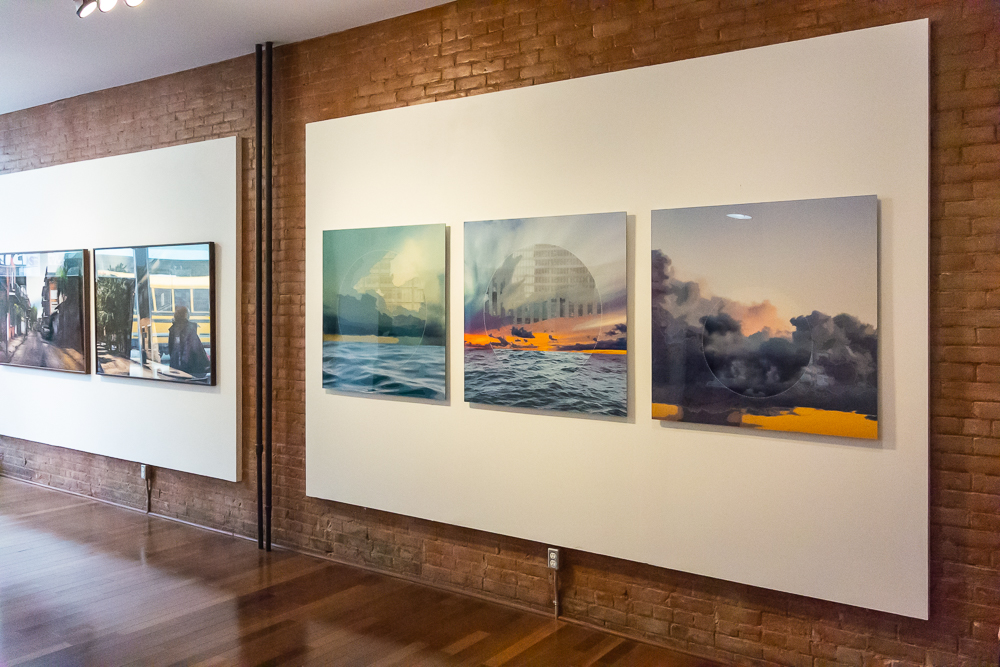 Sandblom holds that what we see looking out on the world is largely determined by ourselves, that is, internally. We do not passively perceive things. He describes the situation thus: “What we see in the world is not what is ‘objectively’ out there; most of it is a projection of ideas that we’ve formed or learned.” This echoes the eighteenth century German philosopher Immanuel Kant’s maxim from Critique of Pure Reason (1781): “Without sensibility no object would be given to us; and without understanding no object would be thought.” In other words, the very act of seeing depends on our concepts. That is why in the rare cases when a person, who has been blind from birth, newly gains her vision she cannot see anything; rather she experiences a buzzing confusion. Concepts in this sense are built up from the multiplicity of associations we make between the things we experience that allows us to navigate and operate in the world. For example, we learn to understand how a car two metres away from us is larger than the same car seen at fifty metres. In general we are constantly processing the raw visual data we collect (sense), that is, ordering it under our concepts – giving structure to our experiences, making them coherent. 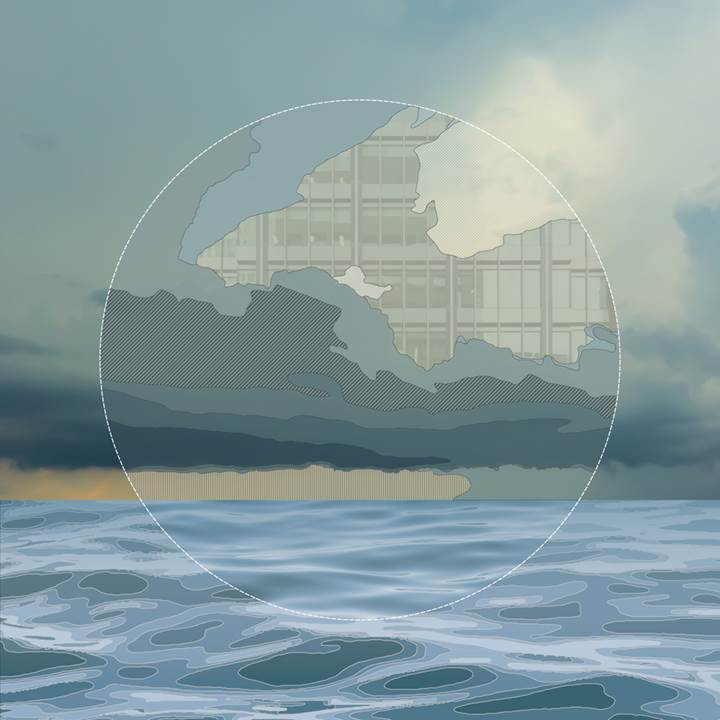 Sandblom’s central concern is with the essential nature of how we perceive things, about how our brains process visual data. On this topic the American philosopher Daniel Dennett gives the example of a painting of a distant bridge in Dresden (Dresden from the Right Bank of the Elbe, above the Augustusbrücke, 1747) by the Venetian painter Bernardo Bellotto. At a normal viewing distance one will ‘see’ the bridge populated by various pedestrians. But when one walks up close to the painting the figures on the bridge dissolve into a collection of blobs of paint. Dennett explains (TED talk, The Illusion of Consciousness, 2003) that this experience demonstrates how limited our detailed perception of things really is. For most of our field of vision we can discern very little even though we are continually under the illusion that we can see everything in it as clear as day. Our brains do not literally fill in the details, rather we let it go and just assume they are there. 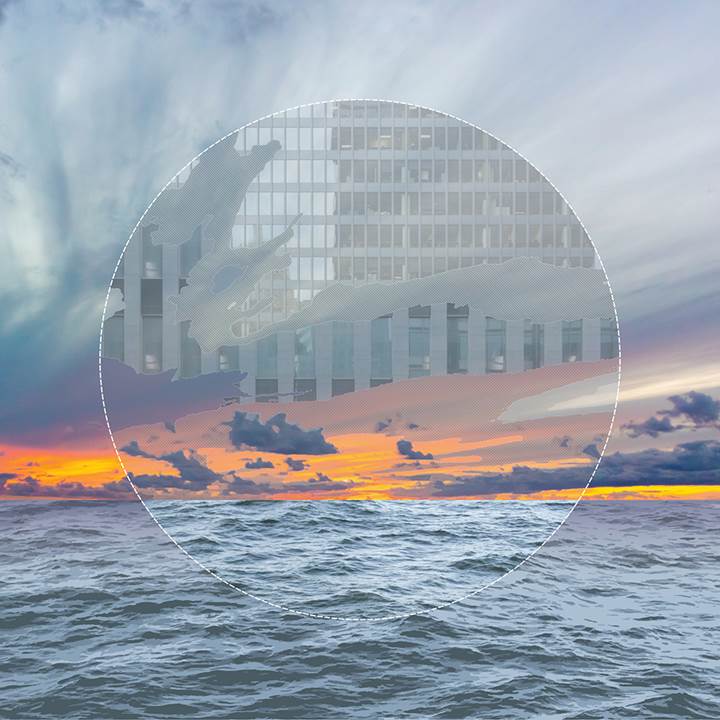 So like Bellotto, Sandblom exploits the illusions we all fall prey to when seeing things in the world. But for Sandblom these illusions are the central subject of his work. He aims to make the viewer aware of them. In Mirror/Window, for example, he is concerned with the way in which the transparency of glass under certain light conditions changes to reflectancy. And under very specific light conditions the glass becomes both transparent and reflective. The windows of a high-rise office block merge with and reflect the sky at once. Sandblom is so fond of this motif that he chooses to display his images behind thick glossy acrylic. That way the viewing of the picture is disrupted by the gallery environment reflected slightly in the acrylic. 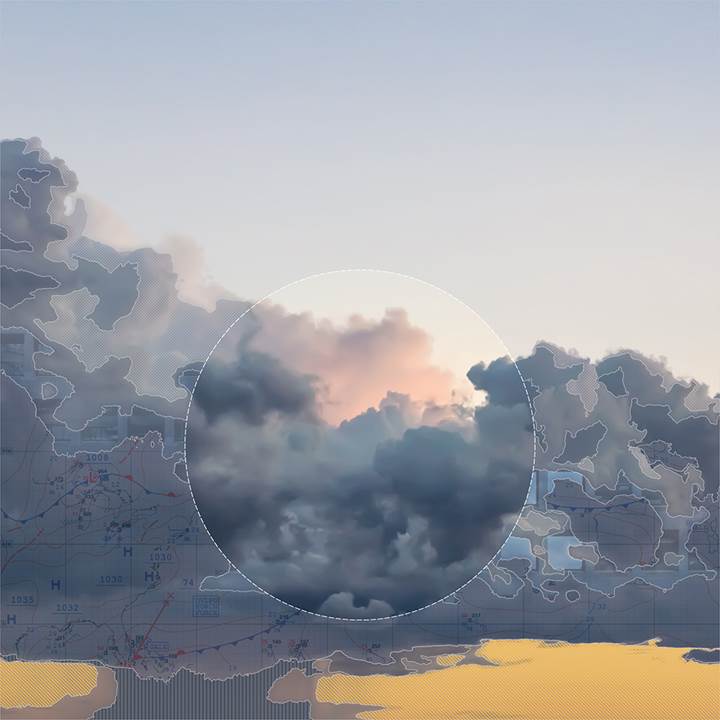 In his Thunderstorm we see a contrast between detailed storm clouds and their depiction as flat contours filled with geometrical patterns and parts of a weather map. The inclusion of the weather map points to the representational role of imagery. The image of dark clouds is but one representation of the weather phenomenon. The map, with its isobars etc., is another way of representing the same phenomenon. This fact highlights the conceptual nature of our perceptions noted earlier. There is an objective world which, according to Sandblom, we cannot directly know and there are our representations of it. It is these representational forms that we are aware of, that are the contents of our perceptions. They are, if you like, the phosphenes of our perceptual experiences in the sense that they are what we are immediately acquainted with.

In conclusion, when looking at Sandblom’s pictures one ought to keep in mind that none are meant to be viewed as single totalities, “resolved into a single image” as he puts it. It is best to think of these works as essays about how we perceive things in the world. His objective is to nudge you into thinking that while you may feel certain about how things appear to you, that certainty might itself be an illusion, a trick of the brain.

Images are courtesy of the artist and Elaine Fleck Gallery