How do hummingbirds choose flowers? As it turns out, even ornithologists don’t know: lacking a sense of smell, these tiny birds depend on a variety of visual cues to find flowers but the exact process is difficult to pin down. How Hummingbirds Choose Flowers, then, is a good title for an exhibition of Patrick Howlett’s purely abstract works, which present the viewer with myriad suggestive visual cues that can’t exactly be pinned down. Currently showing at Susan Hobbs Gallery, this one-man show comprises the Canadian artist’s new works from 2012, dispersed among the two floors of the gallery alongside several related older pieces. 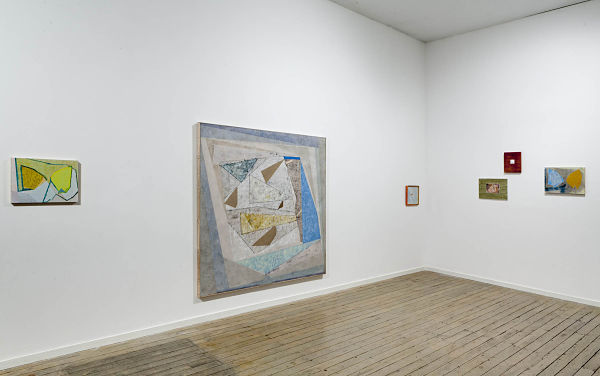 The displayed two-dozen or so works shows Howlett’s versatility in using an impressive range of media: watercolour, distemper, tempera, pencil, silverpoint, and cyanotype, among others. He uses each medium in a way that highlights the distinct application techniques and visual characteristics associated with it. Each work reveals the process of its own making and evokes the artist’s procedure behind it, lending his abstraction a charming intimacy. 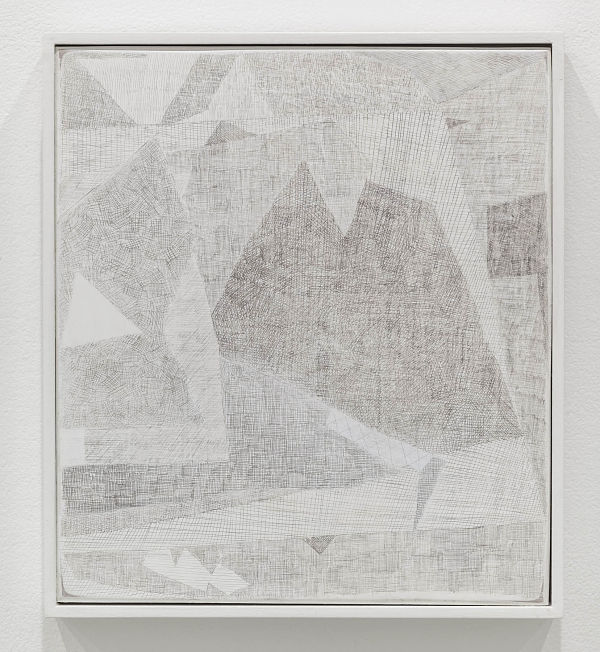 While Howlett’s previous output had notably been small-sized paintings, this exhibition includes several new works showing the artist working on a considerably larger scale. He approaches the larger works in much the same manner as his smaller ones, employing several media and working with jagged, geometrical shapes. The scale of the larger panels pushes the viewer to step back in order to apprehend the work as a whole. Viewing from this distance, however, diminishes the effect of the intimate handwork and interplay of different media that give each of his smaller works a unique aura. 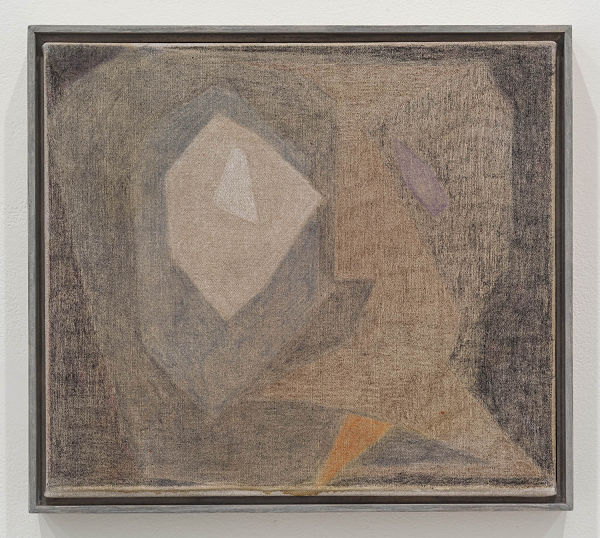 Among the modest-sized panels is a kind of absurdity (2012), a watercolour and coloured pencil piece with meticulous hatching and cross-hatching handwork. The concentric, irregular shapes and the earthy tones impart the work with an organic quality, which is rather rare from Howlett. In the same grouping of small works is the eponymous how hummingbirds choose flowers (2012). Here, geometrical shapes are roughly rendered in pencil and layered over by variegated watercolor soak stains, which immediately evoke Helen Frankenthaler’s Colour-field paintings. 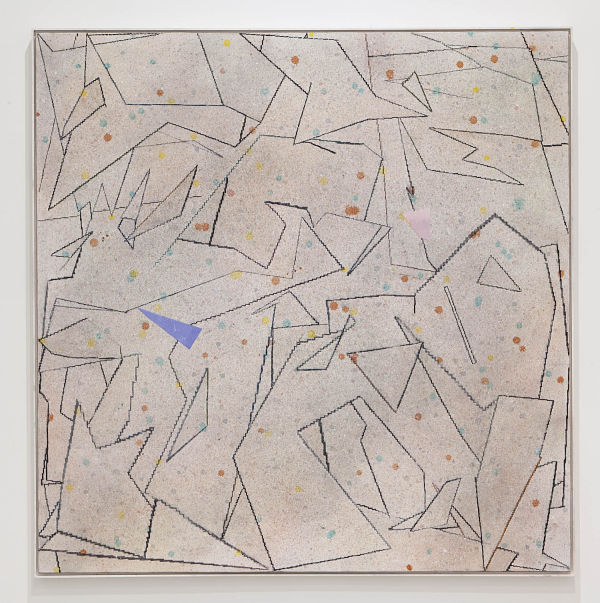 Despite that association, Howlett’s abstraction is devoid of the monumentality and emotionality of Abstract Expressionism, instead closer in line with a humbler, more lighthearted aesthetic. Several of his works incorporate fabric cut-outs, leather piping, and pieces of wood, suggesting links with craft and textile arts. It is not a surprise, then, that among his artistic influences are Anni Albers and Sophie Taeuber-Arp, two key innovators of textile design. The tight cross-hatching in suppression (2008) evokes Albers’ elegant weavings, while a penchant for the geometric is shared between Howlett and Taeuber-Arp. But the younger artist’s work is a playful and slightly rebellious reinterpretation of his influences. It is as if he took the neat, geometric forms and bold, resolute lines of his predecessors and deconstructed, distorted, and scrambled them. His art is whimsical and youthful, with colours, shapes, and lines that mischievously extend onto the frames and unusual combinations of media playfully cohabiting on surfaces.. 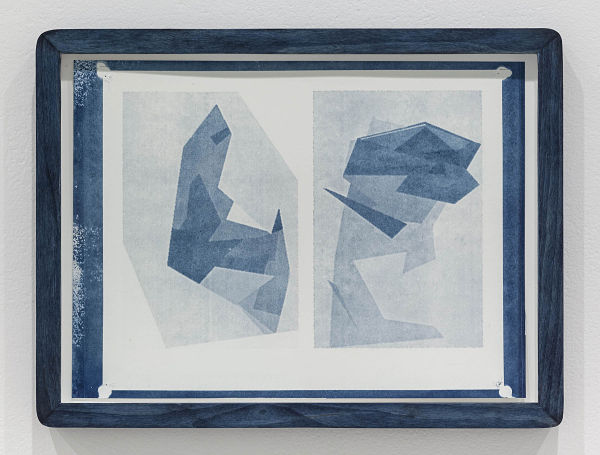 The tortuous and zig-zagging lines of Howlett’s art are in fact apt visual metaphors for his equally meandering working process. He often uses results from a Google image search of an evocative phrase as the starting point for his work. From there, a succession of additions, deletions, distortions and transmutations carry the image along to its final state. The finished work may no longer resemble the image of the search result or illustrate the query phrase, but the process of its making invisibly connects it to both. 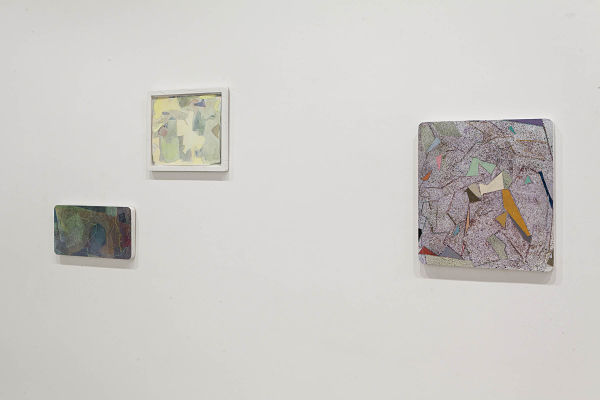 The query phrase not only serves as a starting point, but it also sets up a complex semantic interplay in the finished work between abstract visual elements and verbal fragments, engendering a tension between signification and meaninglessness. It was thus an unfortunate oversight that titles were not affixed next to the artworks on show. Though Howlett’s abstract works are visually stimulating and evocative, considering them alongside their titles adds another level indeterminate tension that enriches the encounter with his art.