Since their art school days at the University of Alberta, Janet Cardiff and George Bures Miller have been partners in life and art. Thirty years down the road and a 2001 La Biennale di Venizia Special Award later, the Canadian duo has brought together a selection of key works to show on home turf. Titled Lost in the Memory Palace, the survey exhibition is showing at the Art Gallery of Ontario from April 6th to August 18th, 2013, before travelling to the Vancouver Art Gallery for 2014. The survey covers Cardiff and Miller’s collaborative work from 1995 to today. Each work is housed in its own room, and each room is a place for a discrete and unique experience. 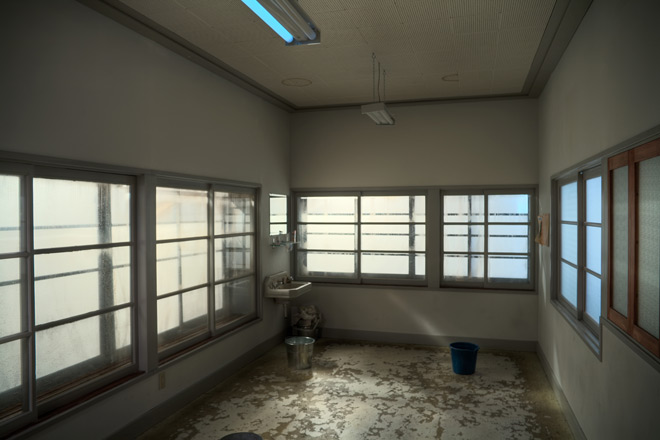 The art of Cardiff and Miller insists on being experienced rather than encountered. While a Monet or Rodin invokes a viewer who stands beyond it, these installations require the visitor to share the same physical space as the work itself. Stepping into Storm Room (2009), the guest is not just surrounded by the installation, but immersed and engrossed in it. The constructed piece is a traditional Japanese-style room with a dingy sink in the corner and flickering lights above. Aged newspaper clippings are tacked to the wall, a fan rests on the floor, and a hygiene product sits on the sink – these items hint at an inhabitant, eliciting a feeling of intrusion from the viewer. The work runs on a ten-minute loop, beginning with the ominous calm preceding a storm. Before long the rain arrives, rushing down the windows and leaking into the awaiting buckets on the floor. The sensory immediacy of the installation foregrounds the embodied presence of the guest, who becomes submerged both physically and psychologically in the rumbling thunder and flashing lightening. The storm reaches a tempestuous climax before finally dissipating, leaving an eerie stillness in the air and around the body. 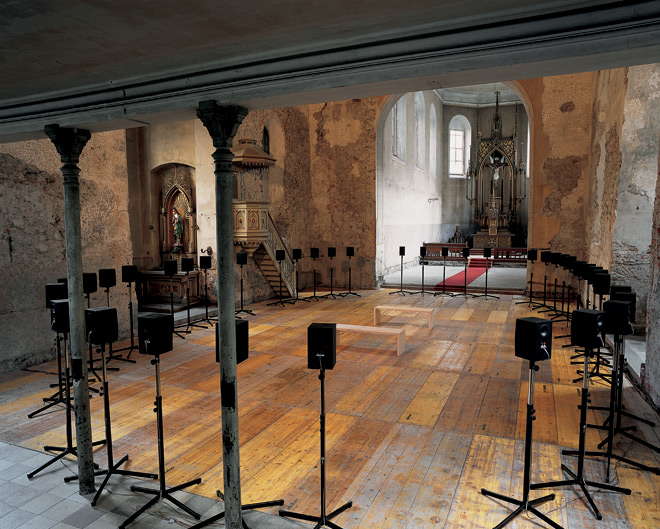 Equally insistent on bodily presence is Experiment in F Minor (2013). It is an interactive installation comprised of 72 speakers of various sizes, placed face-up on a rectangular table. The speakers remain silent when the room is empty, but in the presence of a visitor, shadows created by the body trigger the speakers to sound. The audio features at one point or another piano, bass, drums, and guitar, as well as spoken words by a female voice. And it turns out that dynamism determines dynamics, where the loudness and intensity of the audio waxes and wanes in response to the level of body movement. The work thus transforms each visitor into an active spectator who participates in the magical awakening of the slumbering speakers. 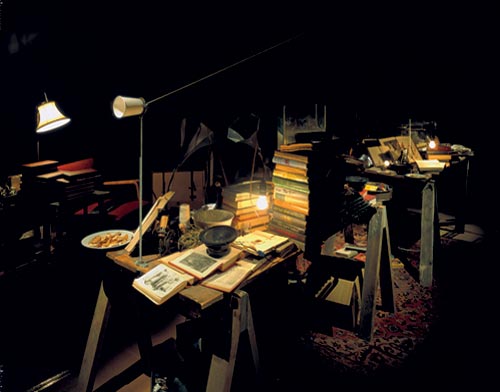 The duo takes a more narrative approach in The Dark Pool (1995). A narrative scene is staged in meticulous detail inside a dusty, dimly lit room. This study-cum-laboratory is crammed with cardboard boxes, electrical cords, strange mechanical apparatuses, and some bizarre juxtapositions, including a flashlight strapped to a leather boot. This enigma of a room is experienced as walking into a moment in time frozen and abandoned. Open-faced books rest on tables, used tea bags sit in a bowl, and food crumbs are left over on a plate – the place was at one moment lived-in and then suddenly forsaken. As the visitor tries to piece together a story from the cornucopia of objects, even more narrative fragments are introduced from the speakers scattered throughout the room. A couple bickers over banal matters from one speaker, while a child narrates a story about a woman who drowned herself from another. These sound bites of the previous inhabitants’ lives and their abandoned objects fill the room with eerie memories and puzzling fictions. There is a beat-up vintage trunk sitting on a table, propped open to reveal a miniature diorama of a mysterious scene. In a way, The Dark Pool is like a life-size diorama, bringing into life a mysterious fiction. 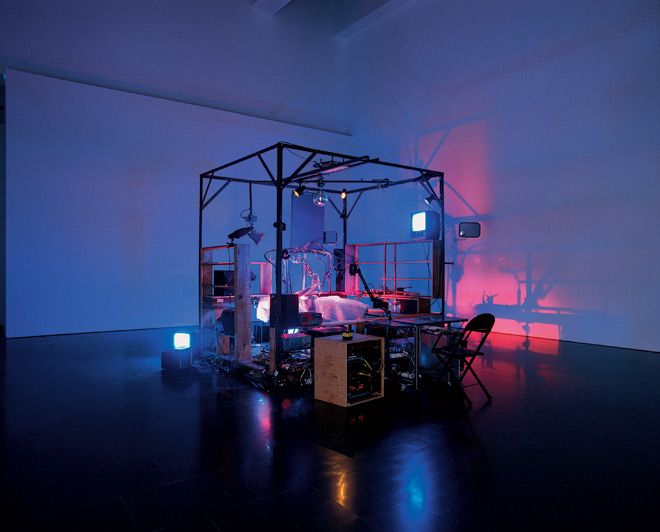 “We like to experience the world in reality,” Miller tells us. Indeed, “reality” and “experience” seem to be the key words that emerge out of this exhibition. A Cardiff and Miller installation seems to become a full work of art only when the two terms come together, when the work’s materiality meets the viewer’s consciousness. The work of art, then, is reality-as-experienced, in which the experiencing subject participates in the production of the final oeuvre. Here looms the age-old philosophical conundrum, “if a tree falls in a forest and no one is around to hear it, does it make a sound?” In light of my two hours at the AGO, I’m inclined to answer, “probably not.”