Istvan Kantor performed to a packed room at The Theatre Centre Pop Up on Thursday July 11, 2013. With the entrance to the exhibition and performance open to anyone passing by on Queen West, people on the street stopped to push their faces through the doorway to see what the big deal is all about. And whether they knew it or not, what was happening in downtown Toronto’s west end was a big deal.

Surrounded by paintings, sculpture, signs and performance artifacts that span the artist’s 40+ years of work, Istvan began his performance by playing songs he recorded in the 1980s. With a giant boom box in his hands and using the front window seat as stage, Istvan sang along to his own recordings and was joined by artist Alexander Sasha Braun who alternated between reading the book on Neoism and waving the red flag.  With lyrics “I am today, you are tomorrow”, I felt that Istvan was not only speaking to the audience and the next generation of artists, but to his past self and his past self was singing to him in the present. Known for his arrows of non-linear time and declaring its always 6 o’clock, this additional reference to time was a fine mind bend.

What I really enjoy about Istvan is that he never succumbs to the adage and societal pressure to “act ones age”. The artist is youthfully energetic and physically fit which his performances demand of him. Moving from the window stage to the centre of the room, Istvan laid down a map of North America on the floor, directly under two hanging gymnastic hoops. Pulling himself up and putting his legs through the hoops, Istvan injected a needle into his left arm. This produced blood that dropped onto the map as he hung upside down. Like the Hanged Man on a tarot card, the artist hung there of his own will, bringing humanity through the destruction of self. And there is a lot of destruction in Istvan’s work.  He is an artist who has embraced revolution his entire career. 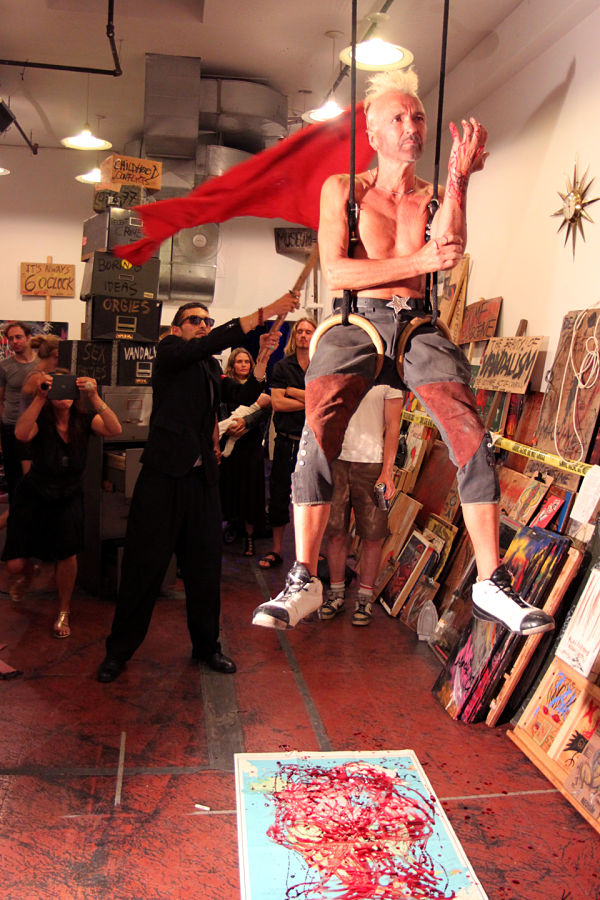 As I witnessed this performance in the pop up theatre, surrounded by the artist’s life work and artifacts, I thought about the difference between this established artist’s performance and that of Marina Abramovic’s Life and Death that played at the Bluma Appel Theatre mid June. Both artists come from the same part of the world, both artists are about the same age, and I later found out that Istvan brought Marina and Uwe Laysiepen to Canada to perform for the first time when Istvan ran a gallery in Montreal. While Marina’s play was directed by another artist and had her lifted up into the clouds on wires with angel wings, Istvan climbed a rope and swung around while singing and performing with Brechtian vigor and none of the predictable theatrical pretension. 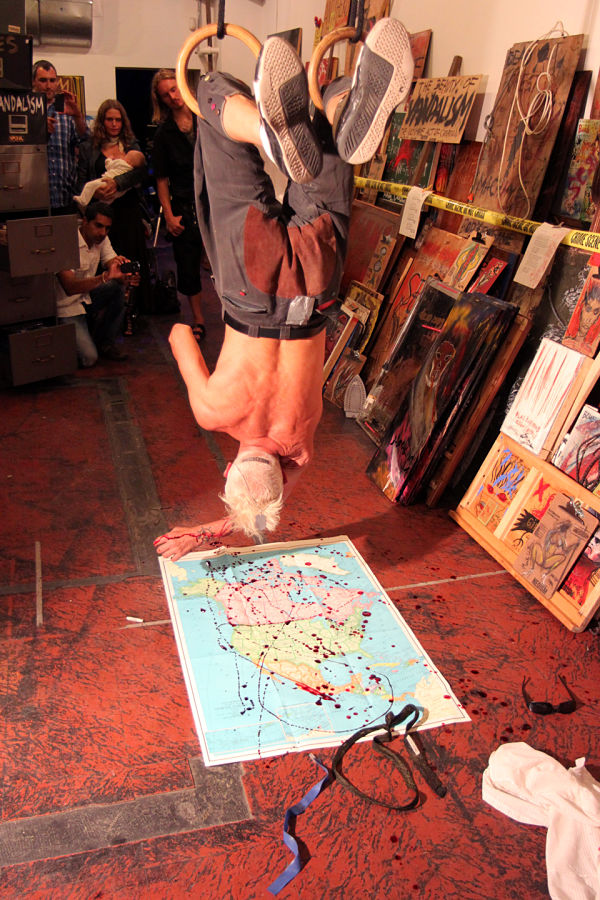 Istvan’s exhibition, described as “Accumulated Masterpieces and Genuine Crap from Kantor’s own collection Ex Post Facto Opera Omnia Exhibition-Theater in Constant Disorder” is on display until July 28 and open daily from 3pm to 10pm. On any given day you will experience a different exhibit than the day before, as this is an inventory project. Each piece of work is being documented with the help of artist Melissa Eluik whose work is also on display. 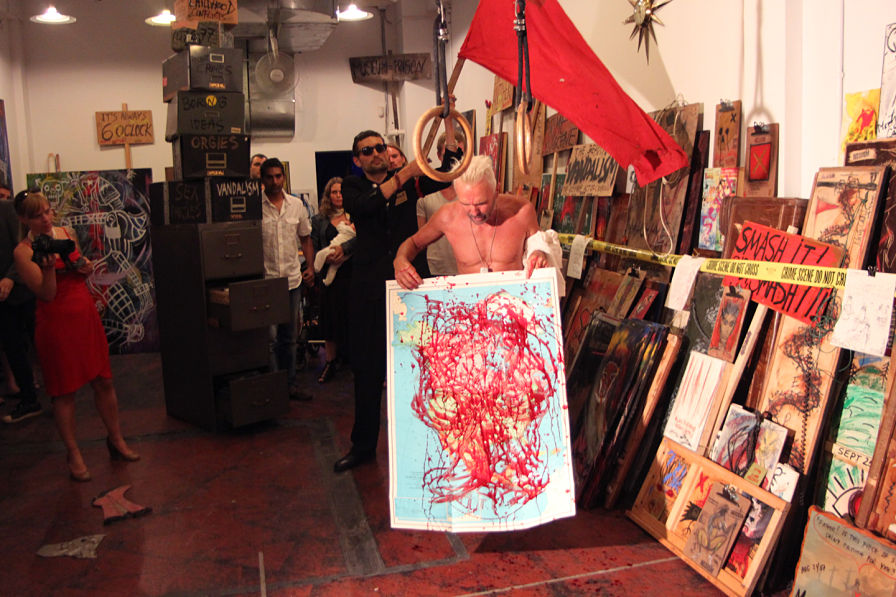 Istvan and Melissa are both engaging, articulate artists and very easy to talk with. Go there before the month is up, experience the art and artifacts, talk to the artists and take advantage of this opportunity to speak with a living artist who has made a huge impact on performance art not only in Canada, but on the world.

Text and photo by Kathleen Reichelt