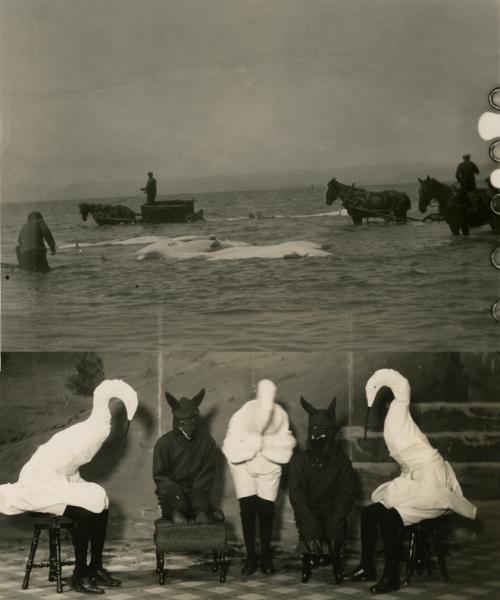 The exhibit presents tidy boxes of trauma, undistinguishable at first. At a closer look it juxtaposes immaculate framing with charged archival material of the past. Yet, this past is not neutral. Just as the title of the show suggests, the archives are an armed indictment of issues that ripple around us today.  In Cyanotype de mandoline trouvé sur ebay, the lone seamen turn away from the viewer and face the sea on a port, all awash in blue layer. The piece is melancholic; it plays on the fiction of the sea wives waiting for their husbands to return. Only this time, there is no coming back. 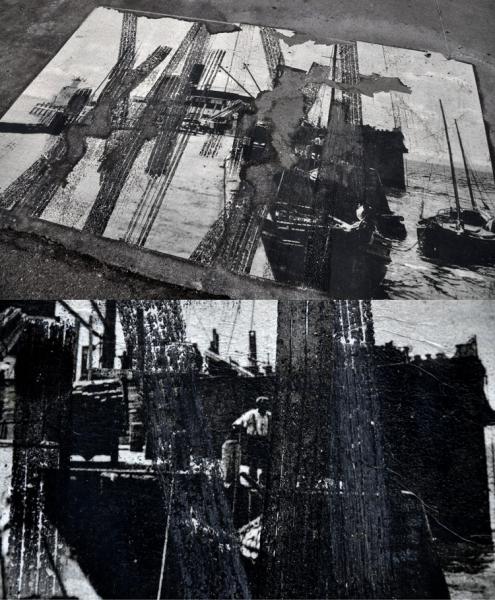 The inkjet print, Charge, is a grainy snapshot of the dense lines over a boating ship. The show places a dark transparent screen above the print, so the landscape is seeped in red. An explicit reference to blood is made. Here the primal lifeline of the human body and the cruelty it can inflict on other beings come together.

A glance at the curatorial statement cements what is already coiling off of the work; it is reclaiming the forgotten past of the 1920s Quebec hunting of beluga whales. Presented in a Toronto gallery, it becomes larger than that. It is a nostalgic history tinged with mourning the loss of a way of life. The decline of Eastern fishing communities is the death of a Canadian ideology. The writing clues us into Goudreau’s awareness of current government moves that block chemical pollution research and the shutting down of Oceanography libraries. 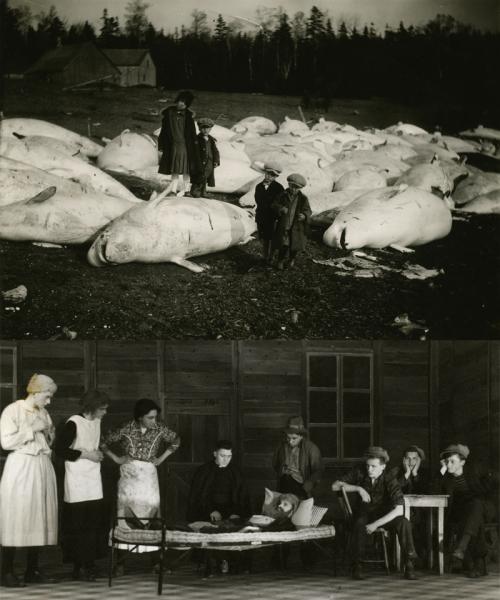 In Aliter the miniature littered bodies of beluga whales are disturbing in their quiet. The artist’s subtle, but deft hand pulls attention to an issue that has not been long looked at. The cruelty seems senseless, yet the injustice lies among the communal families as they go about their life. 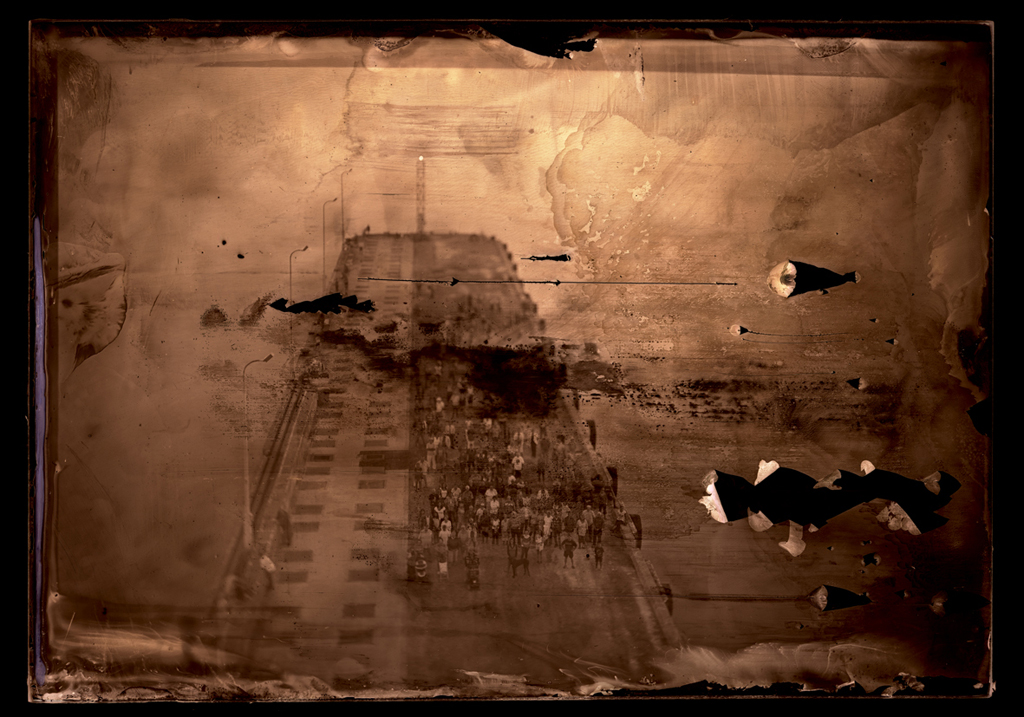 In Manifestation for the memory of wharfs, a wet collodion process for the portraits is surprisingly apt. The sepia print at once seems to be drowning into the abyss of memory and burned, as the edges curl into disintegration. Goudreau’s photo manipulation of the past and staged re-presentation of events, invoke the very instable nature of memory that allows it to be moved around to suit the agenda of others.