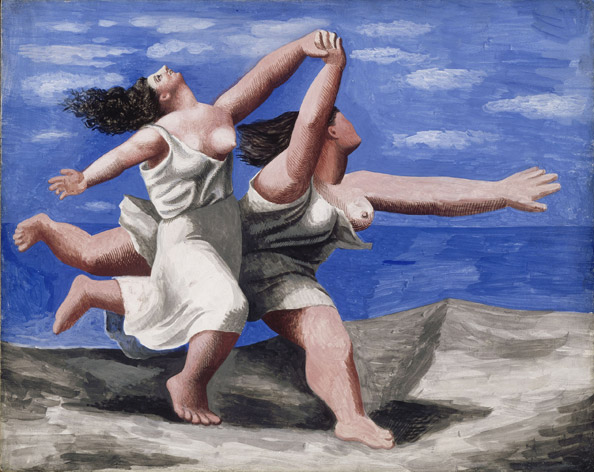 In 2012, the Art Gallery of Ontario (AGO) presents a major survey of masterworks by the most inventive and influential artist of the 20th century, Pablo Picasso. Picasso: Masterpieces from the Musée National Picasso, Paris features more than 150 highlights from the Musée’s unparalleled collection, including paintings, sculptures, prints and drawings. The exhibition will be on view at the AGO for just 17 weeks, from April 28 through August 26, 2012.

The collection of the Musée National Picasso, Paris comprises more than 5,000 works that Picasso kept for himself and his family over the course of his career, ranging from informal sketchbooks to iconic masterpieces. Picasso: Masterpieces from the Musée National Picasso, Paris features is touring the world while the Musée undergoes a multi-year renovation, scheduled for completion in 2012.

“Presenting Picasso masterpieces to Canadian audiences is a major accolade for our country and the Province of Ontario,” said President of the AGO Board of Trustees Tony Gagliano.  “The AGO is most proud to host these artworks and honoured to provide the opportunity to experience one of the art world’s greatest masters.”

The AGO is the sole Canadian and final venue on the tour, which includes stops in Madrid, Abu Dhabi, Tokyo, Helsinki, Moscow and St. Petersburg, Seattle, Richmond, San Francisco and Sydney.

“This is an extraordinary opportunity for Canadian audiences to view major works by Picasso, drawn from the world’s most comprehensive collection of his artwork,” says Matthew Teitelbaum, the AGO’s Michael and Sonja Koerner Director, and CEO. “With Abstract Expressionist New York, this fall’s Chagall and the Russian Avant-Garde, and now Picasso, AGO members and visitors have the chance to take an incredible, year-long journey through some of the most thrilling and significant moments and masterpieces of 20th-century art.”

The exhibition also highlights Picasso’s depictions of his numerous muses and mistresses, including 1918’s Portrait of Olga in an Armchair, which features the Russian ballerina and Picasso’s first wife seated on a Spanish tapestry, the background left purposefully unfinished. French surrealist photographer Dora Maar, who inspired his 1937 “Weeping Woman” series, is also prominently featured, as is Jacqueline Roque, Picasso’s second wife and most-painted muse, depicted in the 1954 work Jacqueline with Crossed Hands. 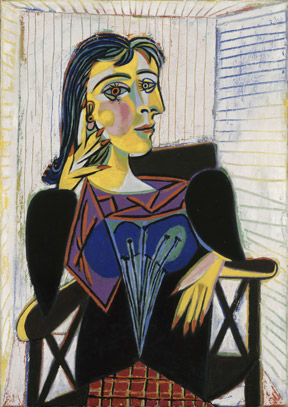 “A dialogue about Picasso and his extraordinary career started at the AGO with the ground- breaking exhibition Picasso and Man in 1964,” says Anne Baldassari, chairman and chief curator of collections of the Musée National Picasso, Paris. “Now, the conversation continues with Picasso: Masterpieces from the Musée National Picasso, Paris, an exhibition presenting a magnificent collection of the artist’s work, giving Toronto audiences a true understanding of the artist’s inventive and transformative legacy.”