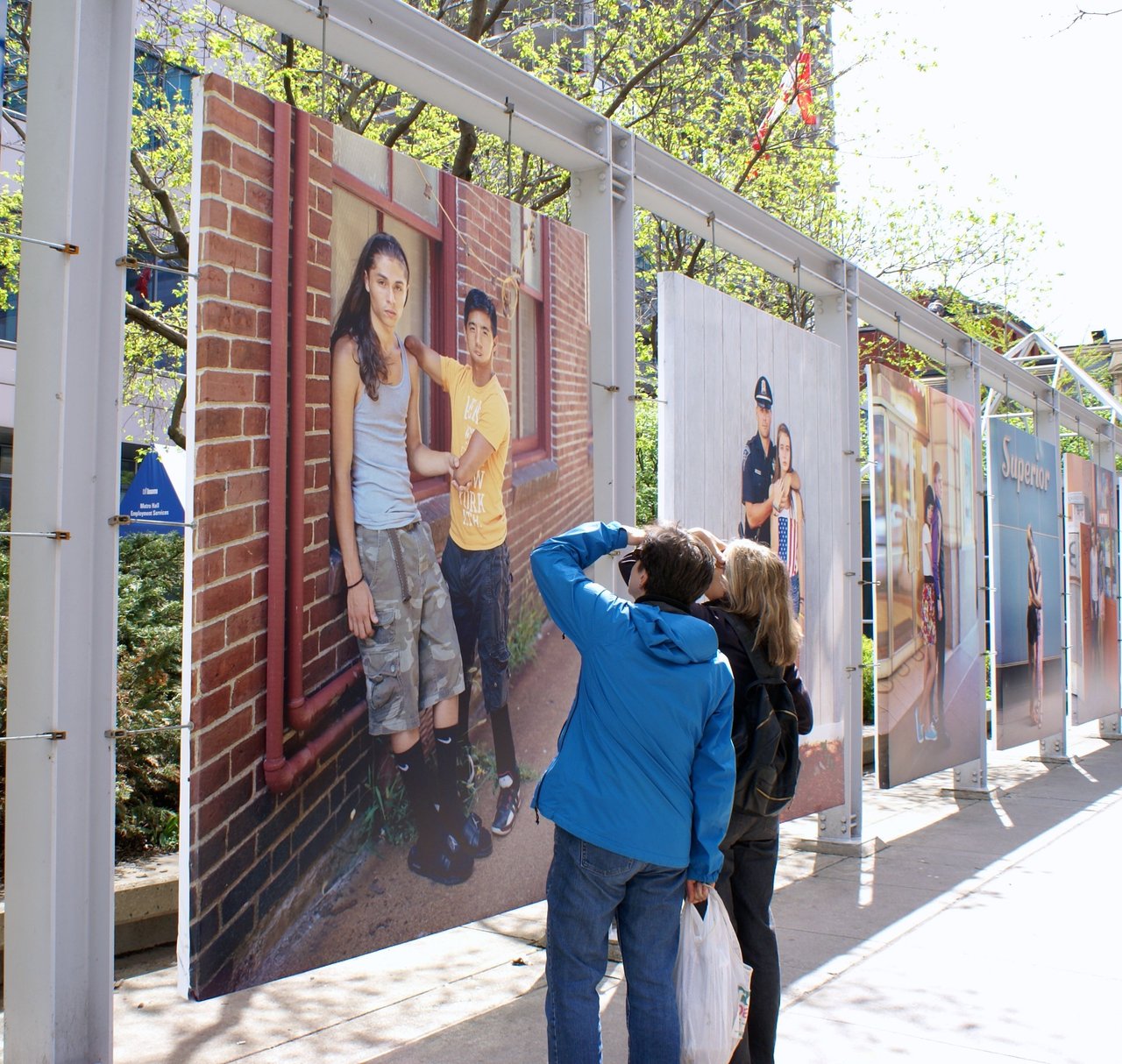 Since 2007, New York-based photographer Richard Renaldi has been working on a series of photographs that involve asking complete strangers to engage in a physical interaction while posing together for a portrait. Renaldi would ask two individuals to come together and carefully construct their positioning, creating falsely intimate moments typically reserved for close friends or family members. 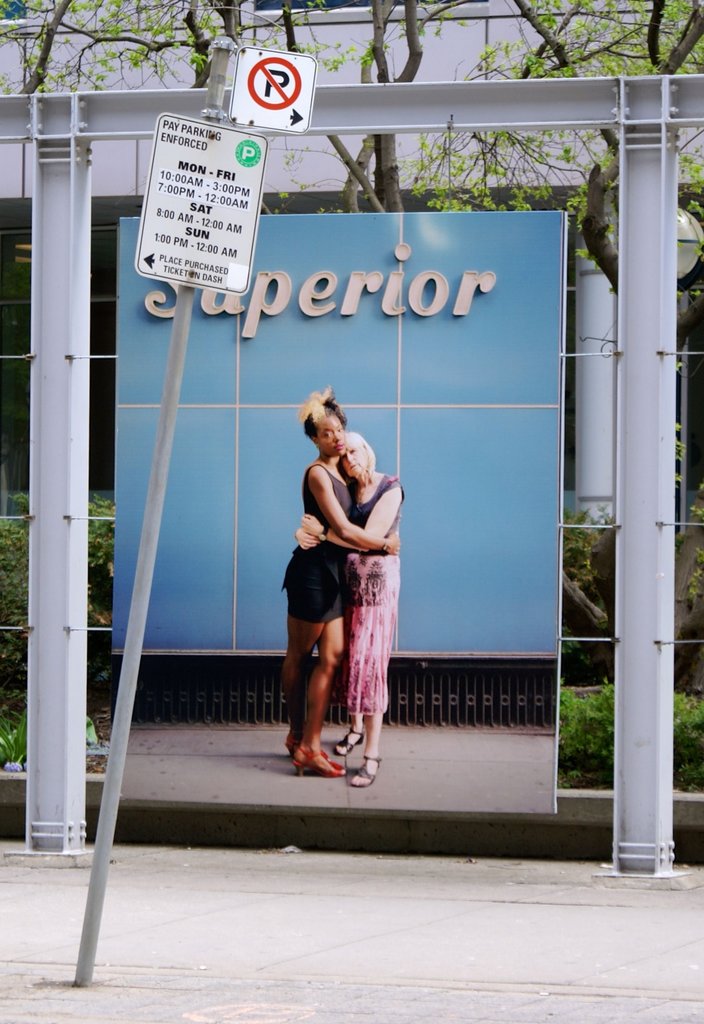 Touching Strangers now makes its way to Toronto as part of this year’s Scotiabank CONTACT Photography Festival. The location of the photographs is perhaps the most interesting component of the exhibition. Curated by Bonnie Rubenstein, a selection of thirteen photographs from the series has been placed on a busy sidewalk just outside of Metro Hall. Rubinstein has done well in selecting images that complement the surrounding urban setting as well as the diversity of Toronto’s populace. 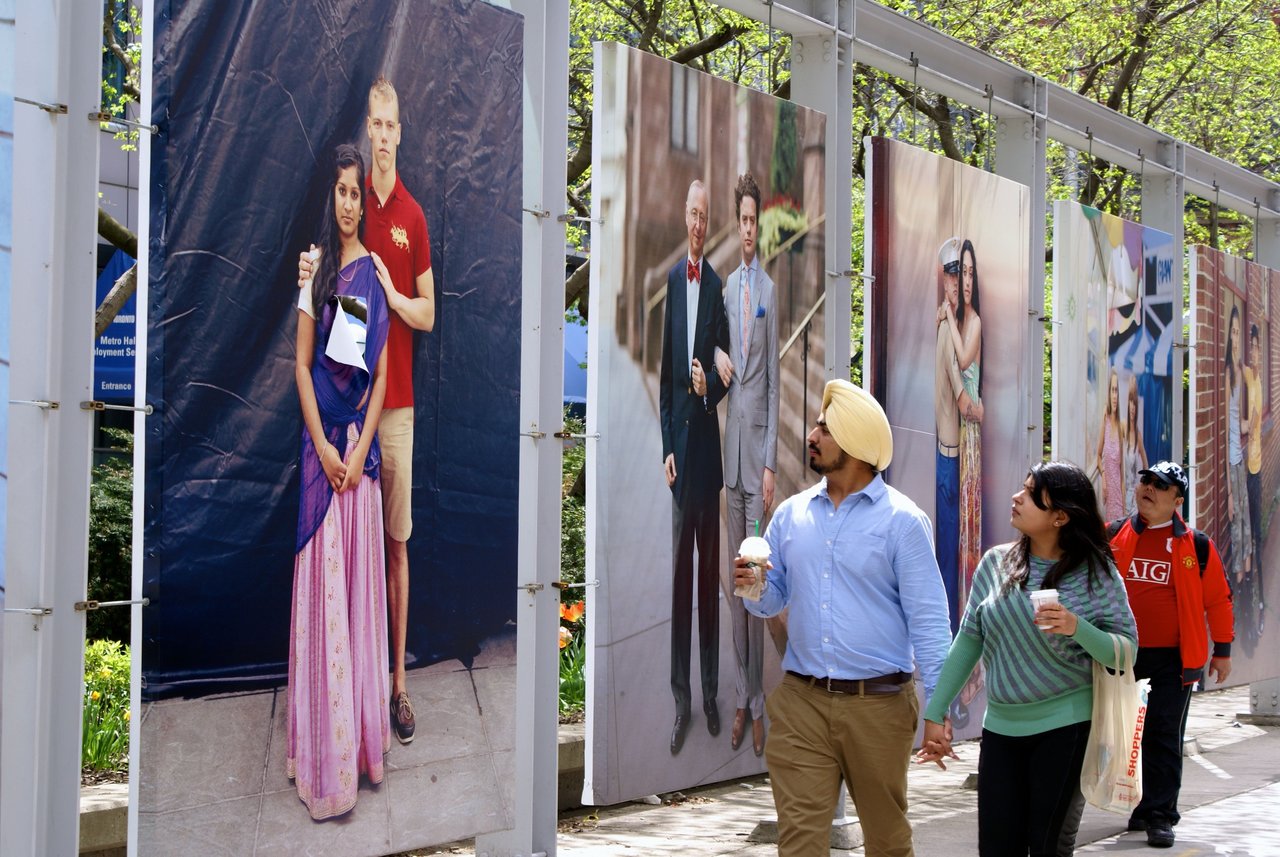 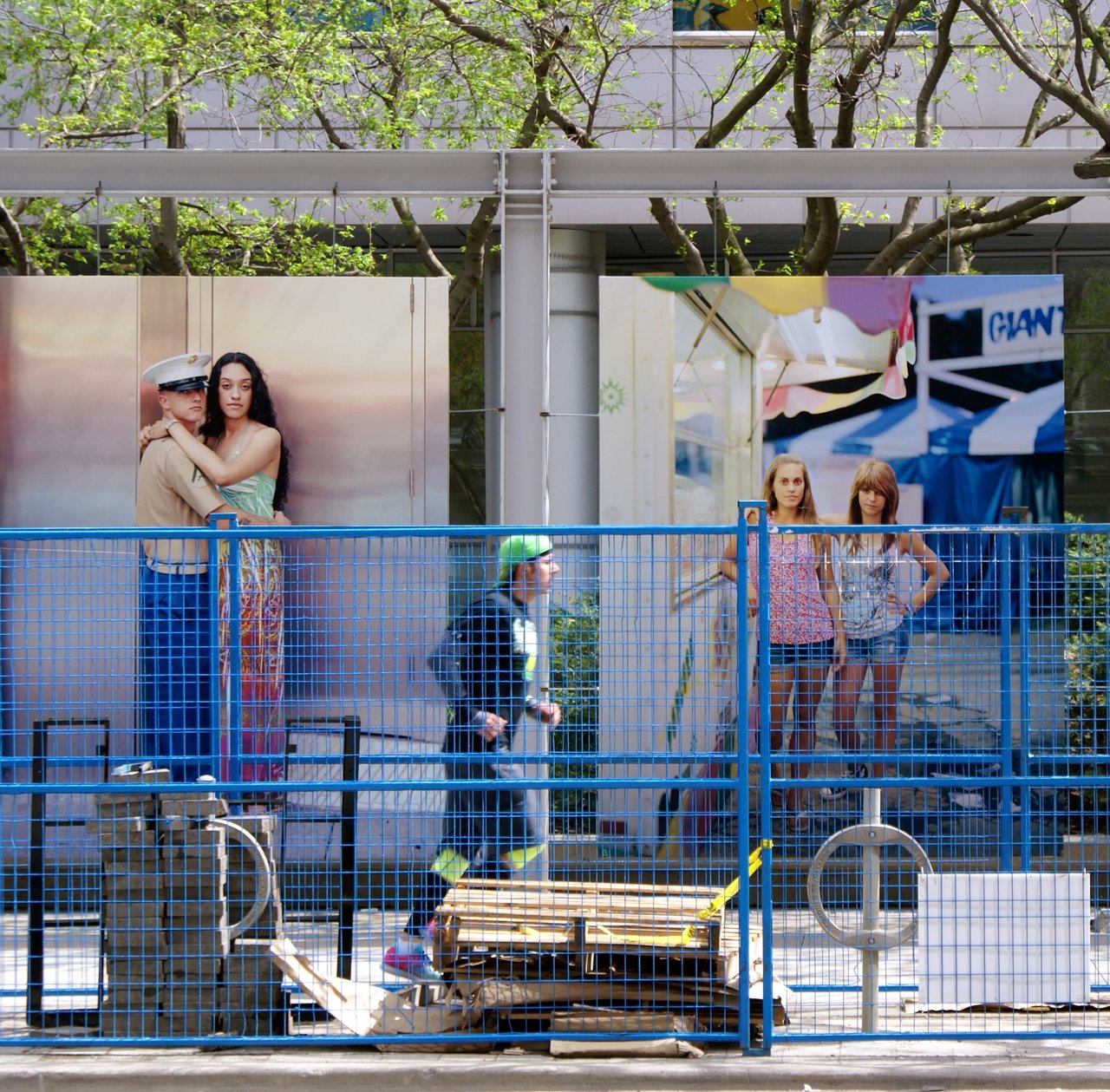 As I observed countless people pass the exhibition, the vast majority walked by giving little more than a transient glance to the life-sized portraits staring out at them. A select few would briefly stop to take note of a specific image, or catch a momentary glimpse from the window seat of a passing streetcar before carrying on with their day. One gentleman however, upon seeing me taking notes about the exhibition, mentioned to me how much he enjoyed the photographs. We struck up a conversation for a few short minutes, shook hands, and went our separate ways. For that brief moment though, I like to think that we became more than touching strangers. 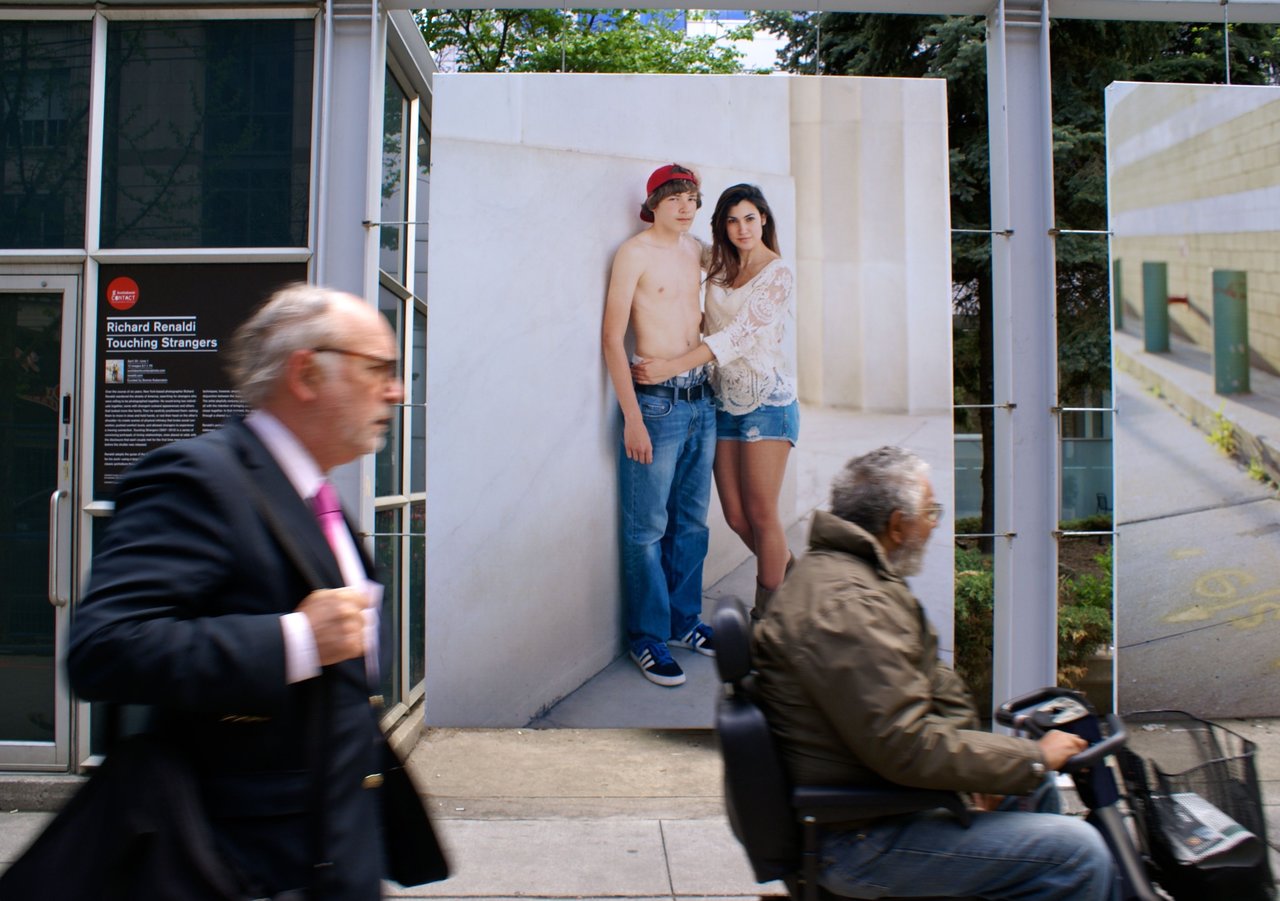 To the many people passing by, Renaldi’s photographs serve as little more than an ephemeral memory of two individuals touching, another photograph added to the countless visual images we see each day. To some, however, Touching Strangers holds the potential to establish a dialogue about breaking down social barriers and to shape meaningful connections with the diverse society of individuals proud to call Toronto their home. 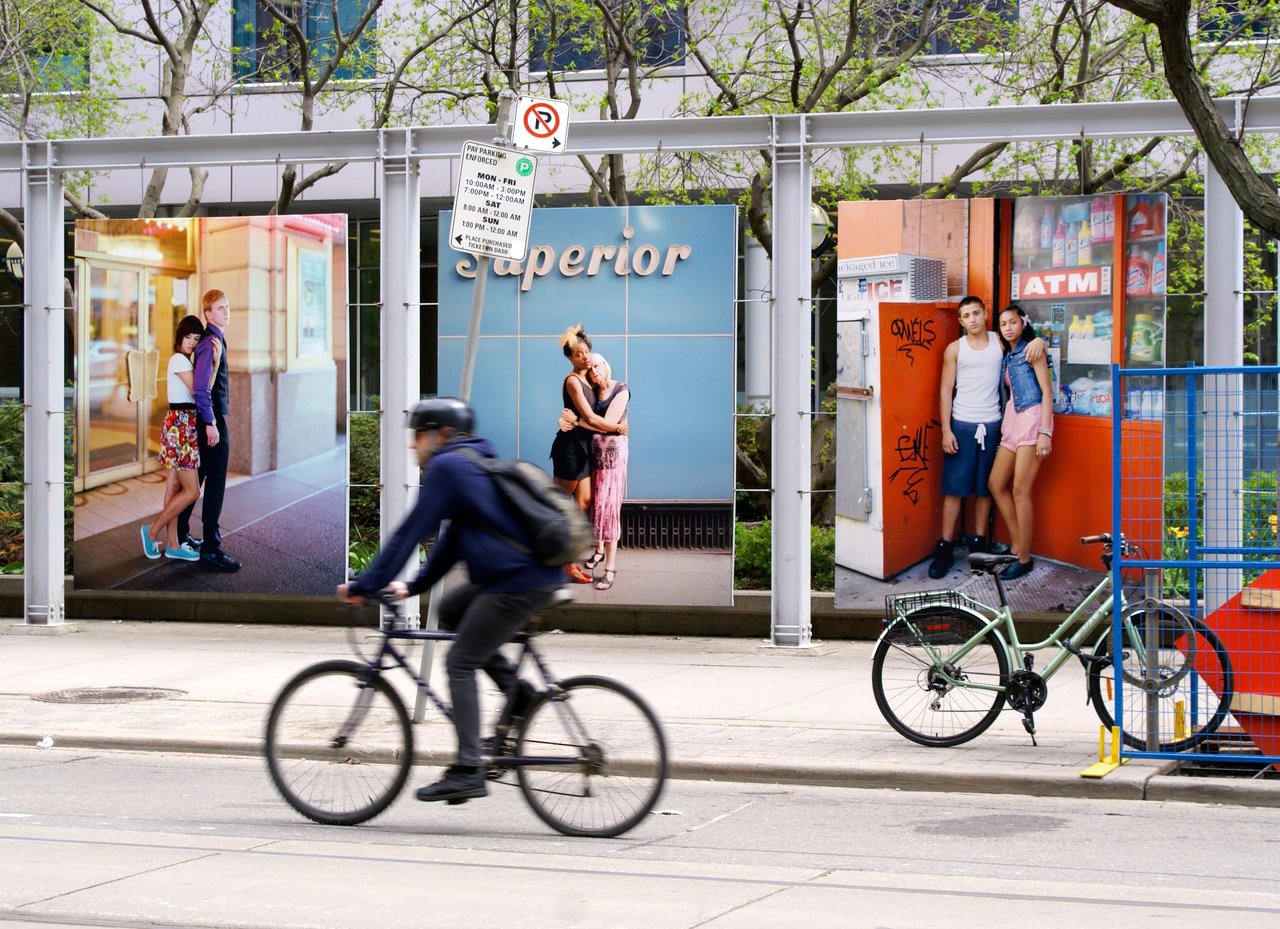 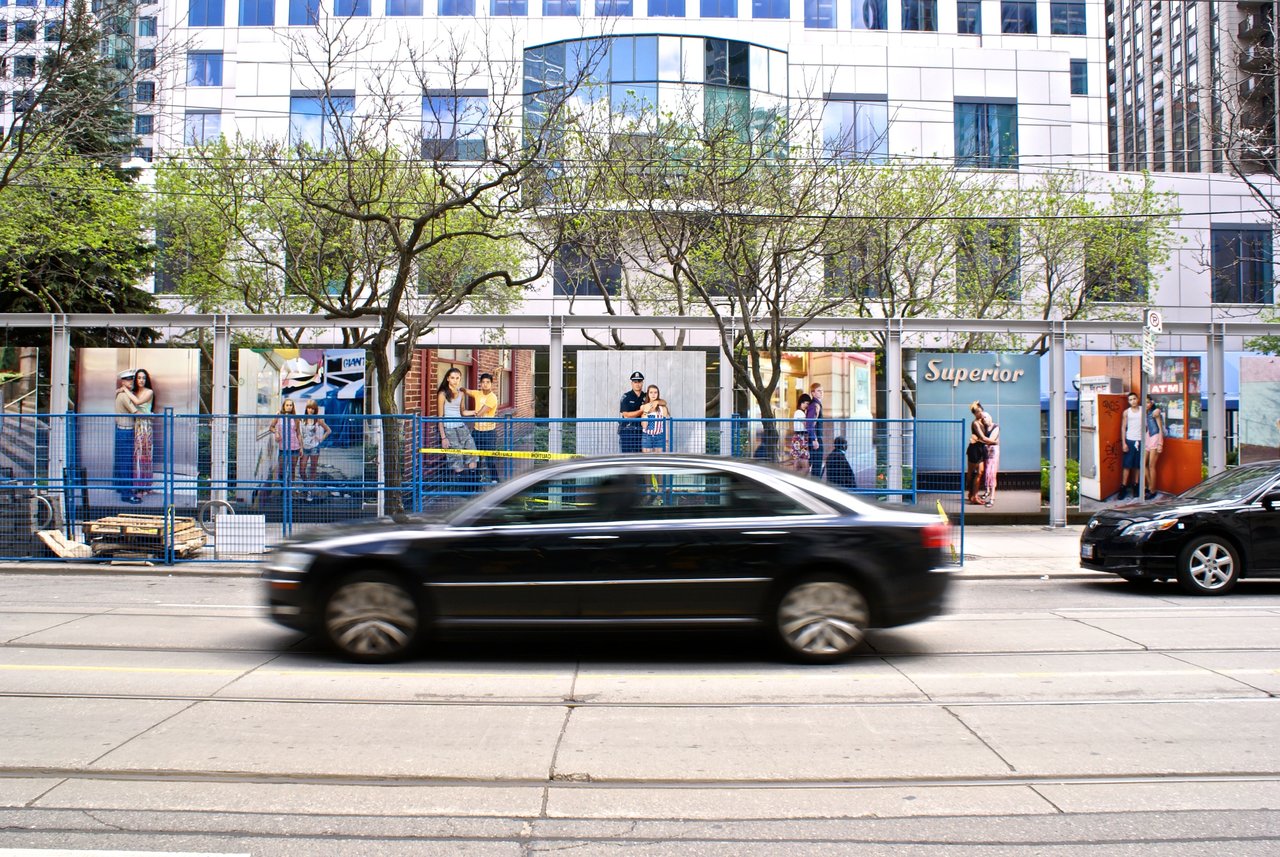