Painting does not usually grapple with the “is it really art” question, posed by viewers. In general, a rich history has granted painting a pass, where even the most abstracted work on canvas have de Kooning and Pollock stand by them. Of course some gallery owners and curators would wave their hands and declare that all things are possible in art. The subjective-objective art debate is a well-trodden ground, perhaps even stamped to death by now. The exhibition titled I ♥ Paint is a celebratory showing of paint’s infinite potential. As artist Kim Dorland declared in his curatorial statement, the show “is not interested in the rules,” promising a variety across styles.

Then, perhaps, the mark of a good show is simply one that elicits engagement. This show does that, with the sectional space of Angell Gallery beautifully utilized to present the work. Not all of the pieces were admired equally by the guests, but that is to be expected from a group show that gives you a bit of everything. Individual tastes to be accounted, the venue was bustling with people in the opening reception. 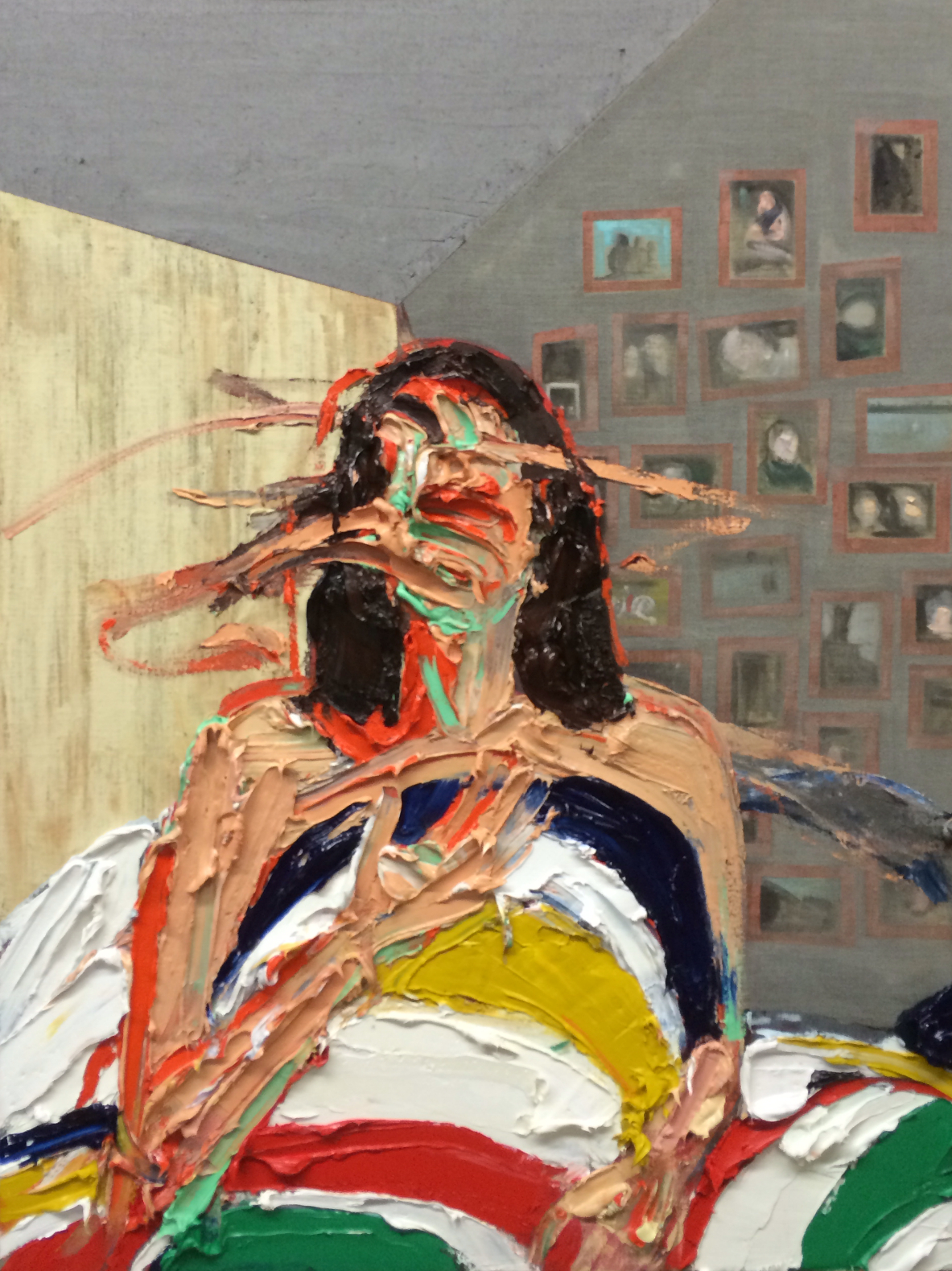 Kim Dorland’s work is easy to identify, and one of the most visually arresting. The smeared body, leaps from the grey toned background, anchored by small static rectangular frames. The raised hand somehow possesses a soulful dimension that breaks out of the pictorial field as if protecting an intimate part of the figure. 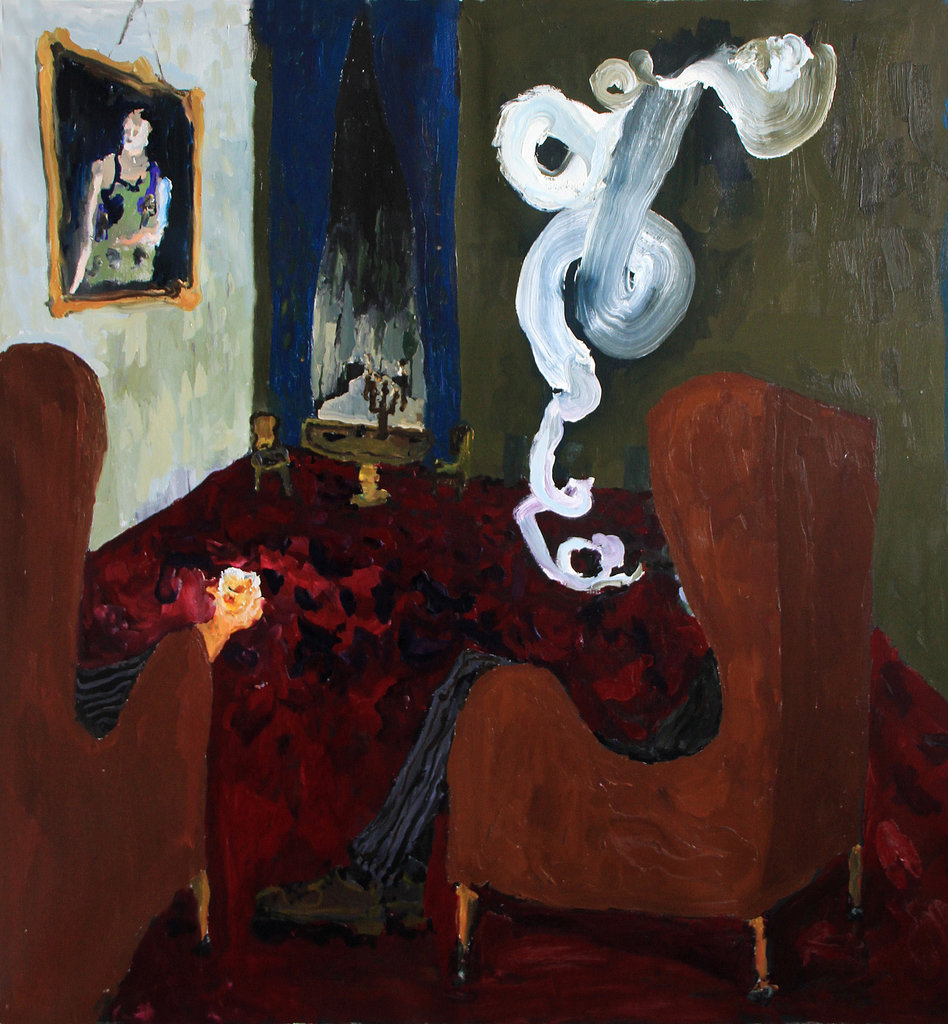 The highlight of the evening was the possibility to speak with the artists in person and debate with a wide array of people ranging from fellow art enthusiasts to wanderers from the street. A random comment spurred a lengthy debate with artist Bradley Wood about art fairs and the changing landscape of the art business. Wood is delightfully exuberant and surprisingly honest. He has been in the business for a long time and it shows; his work does exactly what he says it does. He paints two figures reclining in leather chairs, one of them is smoking a cigar, in a space of traditional masculine antiquity. 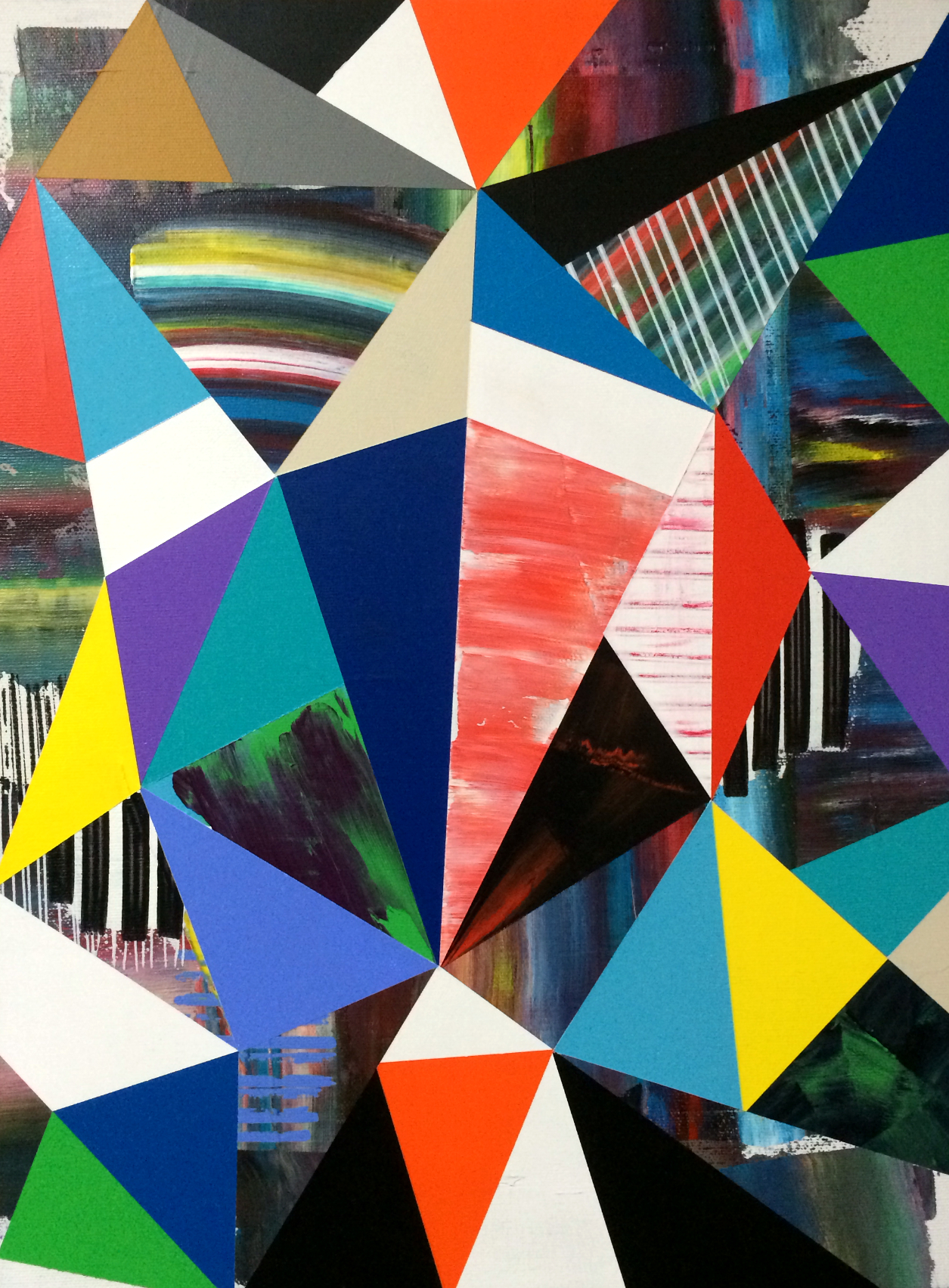 Bradley Harms’s work inspired a discussion about the alchemy of painting. His pieces focus on linear plane motions. To interpret them the viewer is shifting between accepting clear abstraction or making anthropomorphist connections. When asked about his method, Harms led me to the back of the gallery to his sculpture, tucked in the corner. While not strictly in the show, the sculpture was the physical manifestation of his intent; the layered lines produce a density that can only be untangled by moving around it in the space. 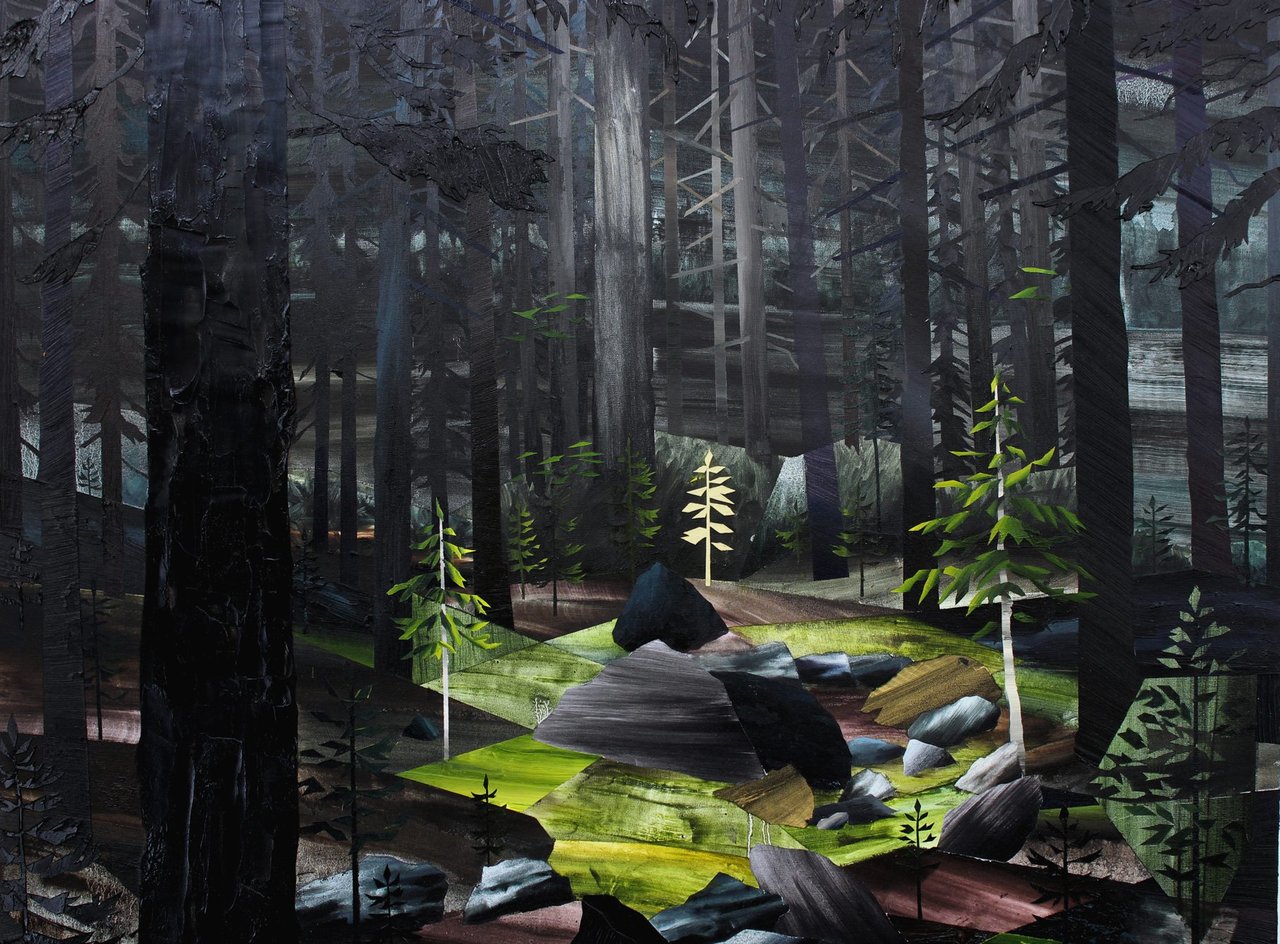 Gavin Lynch’s method of painting is especially fascinating. He describes a process of making paintings where each successive work becomes the reference picture for the next one. His work most clearly pays homage to traditional Canadian landscape painting, made current with hard edges and a liking of graphic design.

Dorland states that  painting is still “alive and well, current, compelling and relevant” and the success of this medium-specific show tells us that it is true.