Christopher Cutts Gallery exhibition Shadows and Shades is a display of new and earlier work by Eldon Garnet. Included in the show is the video If Only For A Moment (2007), small bronzes, stainless steel text sculptures, and photo-based works. Garnet’s literary publications are also displayed, including the 2013 release Categories of Disappearance. The novel is typical of the artist’s work, a vantage point from life’s extremities. The hues of Garnet’s shades were aptly foreshadowed by Thomas Hobbes in his Leviathan, when he painted the life of man without central government as solitary, poor, nasty, brutish, and short.

Short, nasty, and solitary are words with a modern equivalence to existentialism. As in Kafka’s Metamorphosis, what could better convey this than a cockroach? Insects, of course, are prevalent enough in Garnet’s photography (The Melodious Child, 2002 and Categories of Disappearance #1-66, 2009) to serve as leitmotifs analogous to the human condition in general. A bug’s eye view has life as uniform, ephemeral, and as a consequence pointless. The 1992 bronze works Untitled (Prone Man in Enclosure), and Untitled (man on island), scales the subject down to size of an insect, in the process generalizing features into anonymity. The metal freezes and binds the man into a fixed relationship with his immediate environment. It’s life in a windowless prison of a room or a hopelessly tiny island. The bronzes, in their severity, are not entirely statements of denial, but rather barbed reminders of life’s strict limits. 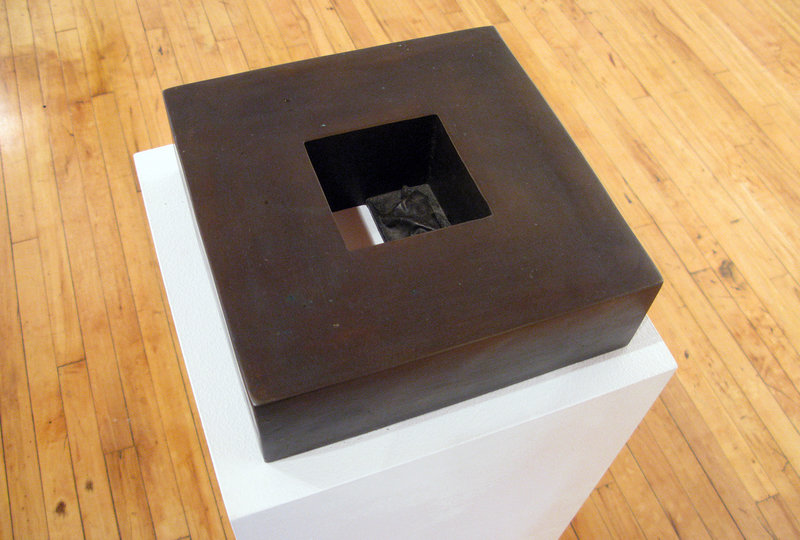 As mammals go in the stock market of existence, humans are trading high at the moment. Garnet’s Categories of Disappearance is a fictional fly in the earth’s ointment. He documents the collapse of earth’s biosphere into 55 fragments, or categories as he calls his chapters. In Garnet’s scenario microbes and bugs swallow the same bitter pill as quadrupeds in the form of a mysterious illness. It’s this pathogen that tugs the domino that very quickly topples the entire chain of being, in short, annihilation of life on earth. The crisis manifests itself globally as the inability of oxygen breathers to ingest food. Violent retching ensues, and as starvation sets in, the social fabric quickly unravels. From this point, after the resignation to death has gelled, it’s a cool skate into the final hours of life. If this sounds like the setting of the stage for the ultimate human tragedy (spoiler alert), there is a hint that Garnet backs away from the precipice with parting words such as “slapstick”, “snicker,” and “joke.” 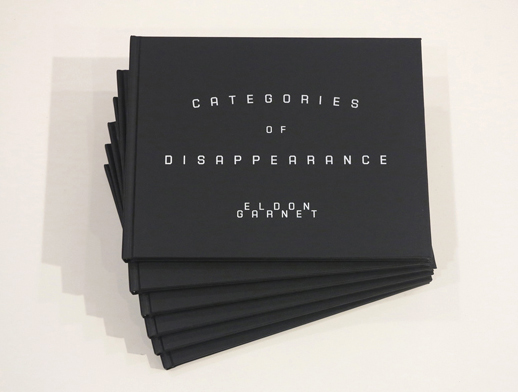 The delineation here is the thin gulf between life and art. Why else would a small band of friends mount a play in their final hours of life, as they do in this story? In this theatre of the absurd, it’s less a case of re-arranging deck chairs, than the rehearsal of a death scene that actually takes place. For this troupe, in their view of a pointless universe, the play becomes the vehicle for a last ditch run at life’s meaning, with art as the ark of transcendence in the shape of the only possible hope of immortality. 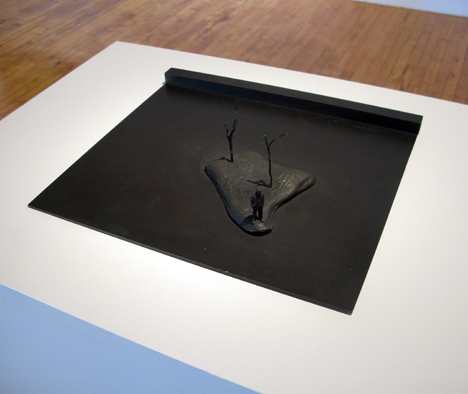 If Garnet wears his pessimism on his sleeve, it serves to expose the bur under the saddle of all who are at ease in Zion at their peril. It’s not so much the artist’s disparage of the good life, as it is a reminder that life on earth hasn’t been all sunshine and lollipops. This is also true of the aeon, big picture perspective. As the bones of dinosaurs past attest, earth personified is a crusty old demiurge with a volcanic temper that has tended to use species as so much snuff. Art may serve its purpose as an easy chair, as it did for Matisse, or a seat of unease as it does here in Garnet’s Shadows and Shades.