Project Gallery’s current exhibition Being is an exploration of the body and the soul featuring two young artists, Krista Arnold and Chen Cao. Both artists explore similar topics in their artistic practices, and believe in the importance of spirituality. Arnold’s work is featured in the front of the ample gallery space, while Cao’s paintings are displayed beautifully in the back. 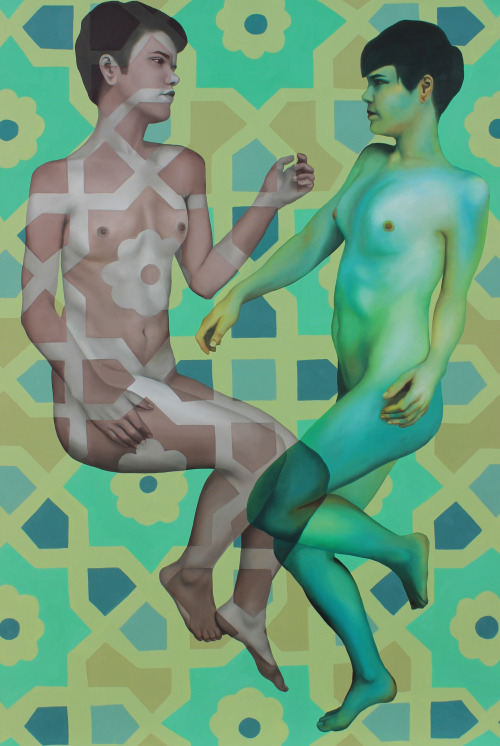 Krista Arnold’s work is a series of reflections on body and soul as separate entities that are at the same time connected, and meet at the line that separates life and death. Arnold was inspired by her trips to Israel and India, where she noticed how impotant the spiritual buildings were for people who lived there. Those temples and synagogues are more than simple physical buildings since they are elevated to a spiritual place when worshippers reach out to transcendent powers. Arnold’s got interested in the relationship of the physical and the spiritual and their interactions. The spiritual bodies of her figures closely move in harmony with their physical bodies, connected to each other by only a touch or a gaze. We notice their relation to each other, yet realize that they are still separated. 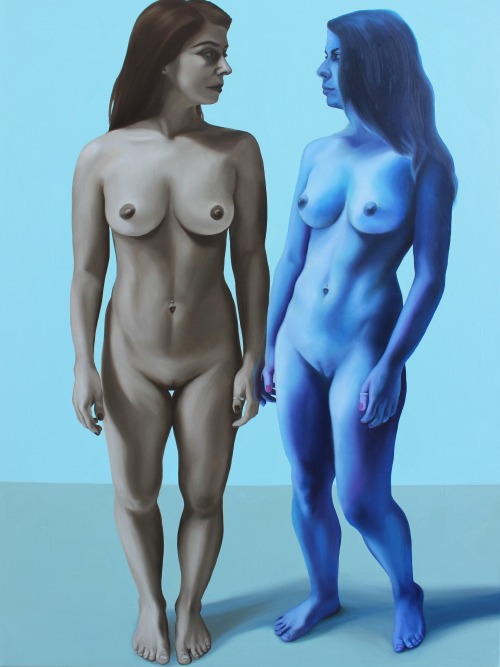 Arnold allows herself to be inspired by mandalas, Islamic architecture and the Notre-Dame cathedral to create an extra layer of pattern over some of her pieces. The paintings are vibrant, but the colors aren’t as important to her as the intensity they bring; the vibrancy is used to emphasize and to differentiate movements of energy. Arnold enforces the idea of the unity of body and soul, the fact that we all possess these physical and spiritual aspects which, in a way, makes us all similar.

Chen Cao’s work also allows us to connect to one another through his attempts to universalize certain issues of spirituality. For Cao, spirituality is connected to his painting technique. His definition of “technique” is more of a way of transpiring a message than a method of actually painting it. His canvases in this show are mostly filled with portraits of people he knows personally. The most striking works are his two largest pieces, “Gathering of Light” and “Disability”. Cao is inspired by eastern philosophy of Buddhist and Daoist origin. Leonardo da Vinci’s “The Last Supper” also influenced him, but mainly the composition. The story behind his painting is very different, it is the “universalization of holiness”.

“Disability” is about suffering. Through this dual-self-portrait Cao depicts two different identities. One of the figures represents Cao on the surface, who has a tough time expressing himself through words, not an easy feat. The other figure is Cao on an unconscious (non-physical) level, who seems to be more at ease. I think the sense of discomfort that the viewer feels in this piece is what makes it appealing. 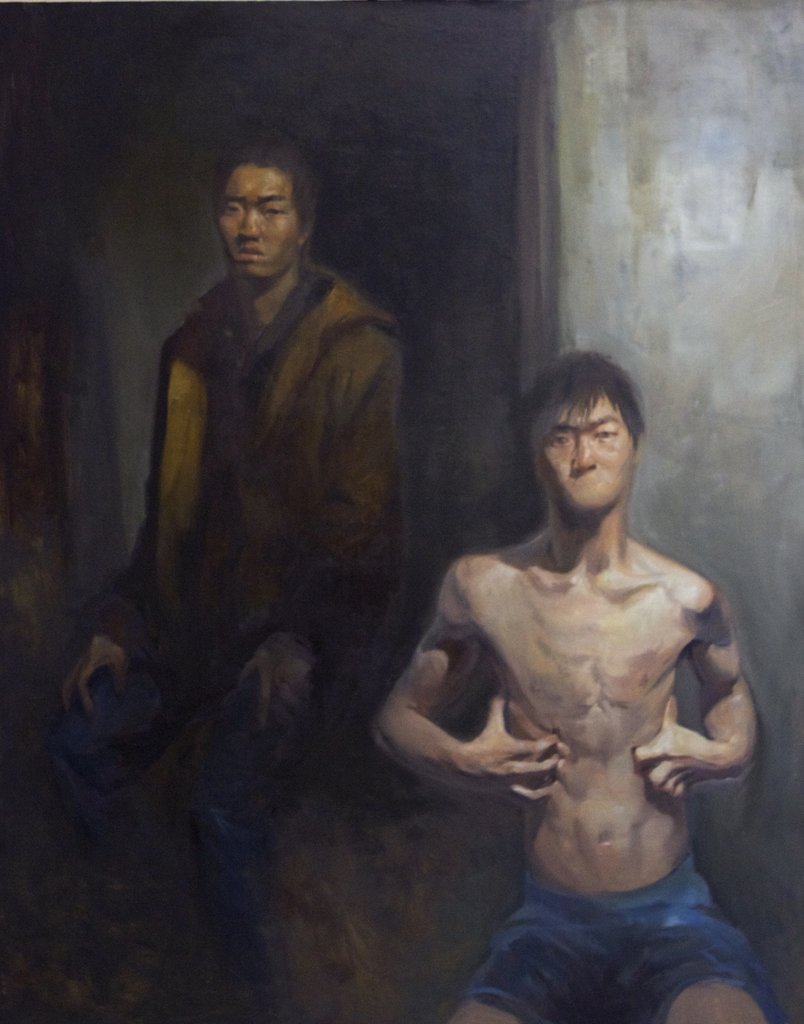 We all have these two parts of ourselves: physical and spiritual – and this exhibit creates a potential platform to talk about it, if one chooses to. If the chance comes up, I highly recommend talking with these two artists if spirituality, the body and the soul are topics that interest you because they have very interesting perspectives. Furthermore, it was a relief to be in the presence of art that holds intricate meaning and meet artists who have something to say.