Like an old friend at Gallery 44 places a strong emphasis on the concept of image making, and the ways in which humans and images – and the traces that they leave – can serve to define a place. This exciting exhibition, which contains works by the Toronto-based collective composed of Parastoo Anoushahpour, Faraz Anoushahpour and Ryan Ferko, along with independent artists Gabrielle L’Hirondelle Hill and Nicole Kelly Westman, seeks to reveal the intimate relationships of power that exist between people and the places that they inhabit.

The title of the exhibition is taken from one of Westman’s works, which is composed of a large veneer case covering a lightbox that reads, “it smells like sage in here like an old friend.” As explained by Leila Timmins in her essay on the show, this sentence is taken from a misquoted conversation between friends, which as been then further misconstrued by translation. This separation or slippage between language and image characterizes Westman’s work and serves to underline the persistence of human presence, even when humans are visually absent from the work. 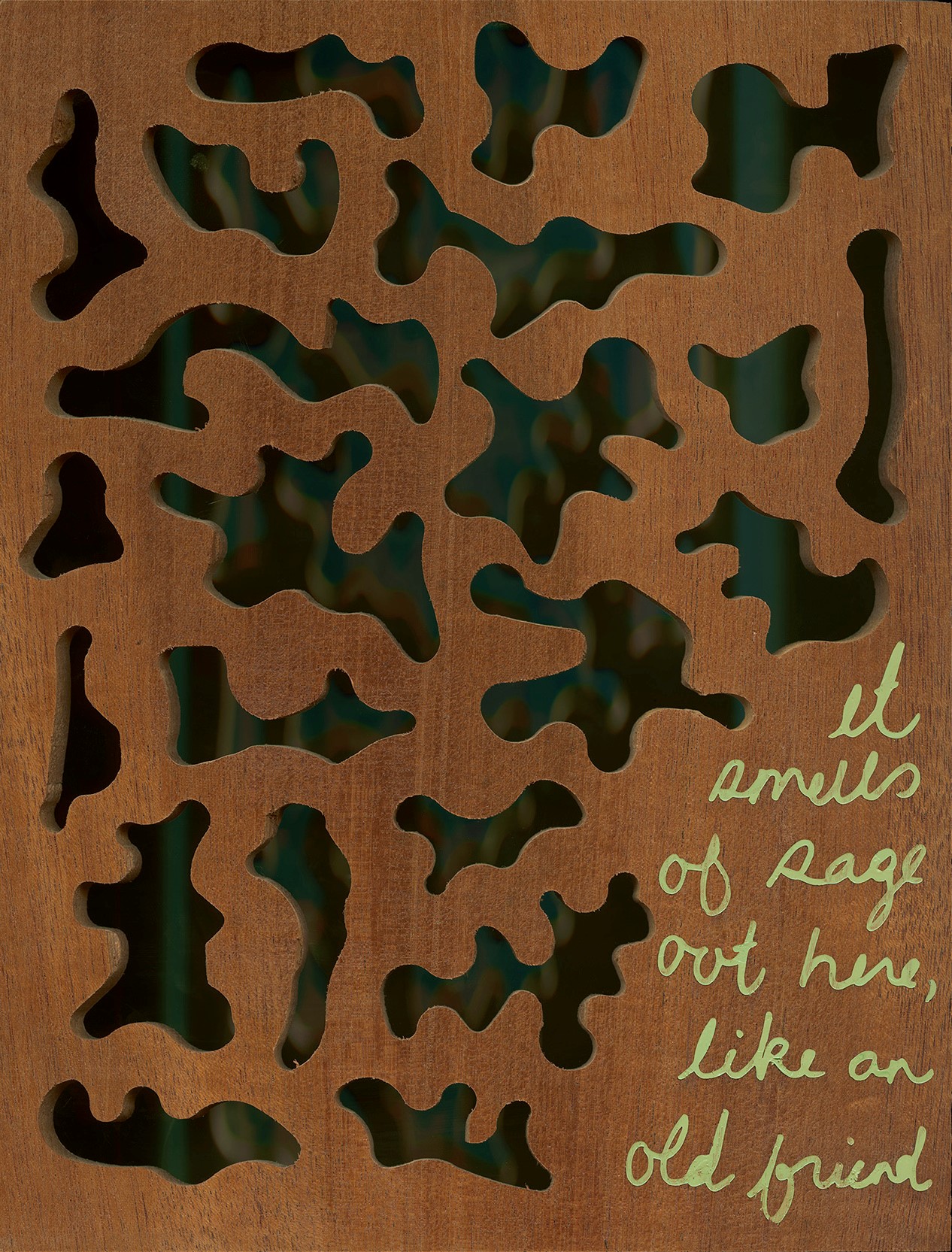 Nicole Kelly Westman, only, she would know, 2016, lightbox, Fujitran

Even the title of her video installation “Rose, Dear” is a play on the hamlet of Rosedeer (known today as Wayne), which exists now as a ghost town in Alberta’s badlands. While it is now deserted, Rosedeer once served as a haven for coalmine workers and their families before the collapse of this overtly masculine industry. However, by including only women in this video installation, Westman emphasizes instead the women who lived and died in the service of these male workers. These women lumber slowly through the landscape, echoing the ghosts of those who once inhabited this now abandoned hamlet. These eerie images are also combined with an intriguing projection technique, in which folds and bends serve to create a series of planes that imply a sense of tension between the past and the present. While this renders the video somewhat disorienting, it is nonetheless very sensual and this serves yet again to emphasize the absence of people in places like Rosedeer. 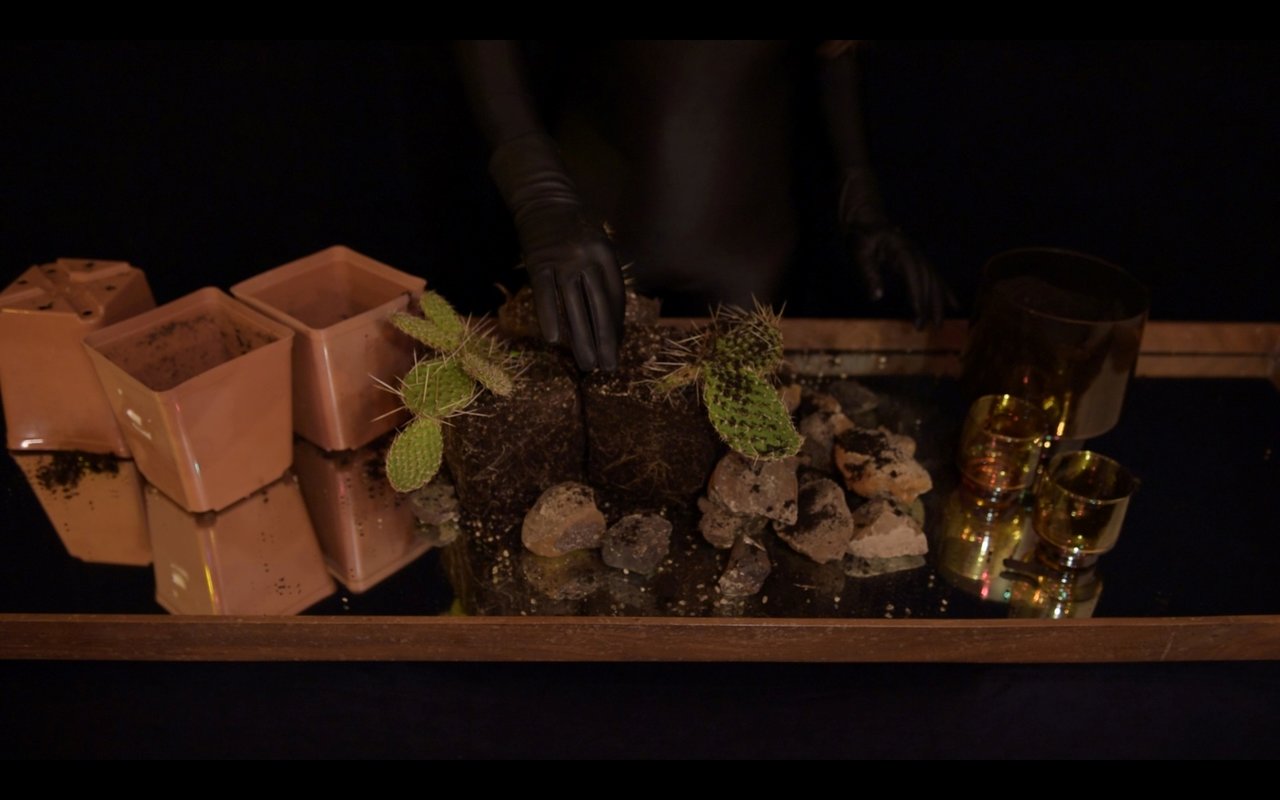 In fact, this sense of tension exists almost everywhere within the exhibition. In “The grass must have been mown” by the Toronto-based collective of Parastoo Anoushahpour, Faraz Anoushahpour and Ryan Ferko, the artists attempt to represent, through a series of video installations, the tension that exists between a customs office and the Mohawk First Nations community on Cornwall Island, Ontario. Using archival footage, the collective shows the ways in which the government has suppressed the mobility rights of the Mohawk while also emphasizing the redundancy of forced surveillance and registration. Through an interesting combination of text, video and re-recording, these three artists show quite vividly how the intimacy between people and places can be distorted and manipulated by power structures.

Finally, the works of Gabrielle L’Hirondelle Hill serve to underline the persistence of human presence in the world, and the ways in which our presence alone can imply a sense of ownership or propriety. Through a series of mixed media and photographic works, Hill masterfully shows how humans are always present, and the ways in which even the most caring gestures can affect a place and its identity. In “Braided Grass,” the artist photographed a small piece of land on which she had gently woven braids into the grass. This act implies a sense of direct intimacy between the artist and the land, while also emphasizing the lack of any real human presence in the photograph. This tension between absence and presence also exists in her series titled “Wastelands,” where objects meant for humans are combined with industrial materials. Through these works, Hill seems to be emphasizing the fact that humans will forever be present, and that our traces will continue to be left on the places that we once gathered in. 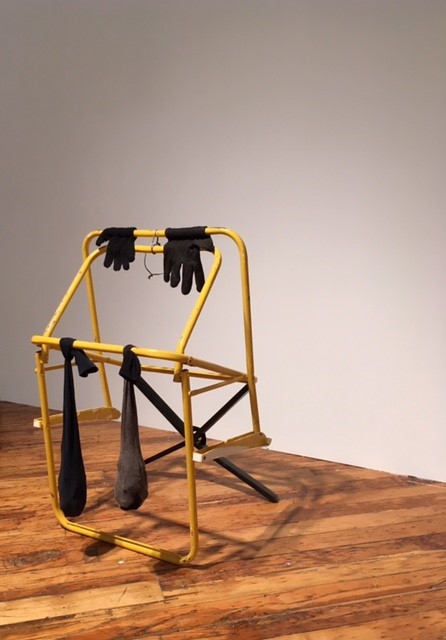 Overall this exhibition is one that should not be missed by anyone who is interested in contemporary video installation, and in the ways in which video manipulation can make us question how we interact with our surroundings. Like an old friend is an interesting combination of video, photography and mixed media installation that makes us question our own presence and whether or not it is fleeting or eternal.