Referencing the fervor of early cinematic experimentation and adapting to new technological possibilities, Holden’s artistic constructions blend nostalgia and futurism in what he defines as a “post” cinematic experience of vigorous creativity. His process of manipulating and overlaying sourced internet mountain images with abstract pseudo natural-digital dream forms, introduces an interesting narrative about intersection of place, time and people. The desaturated, tinted mountain images evoke heaviness and permanence while the bold, translucent sunspots and orbs implicate the work with ideas of motion and transience. 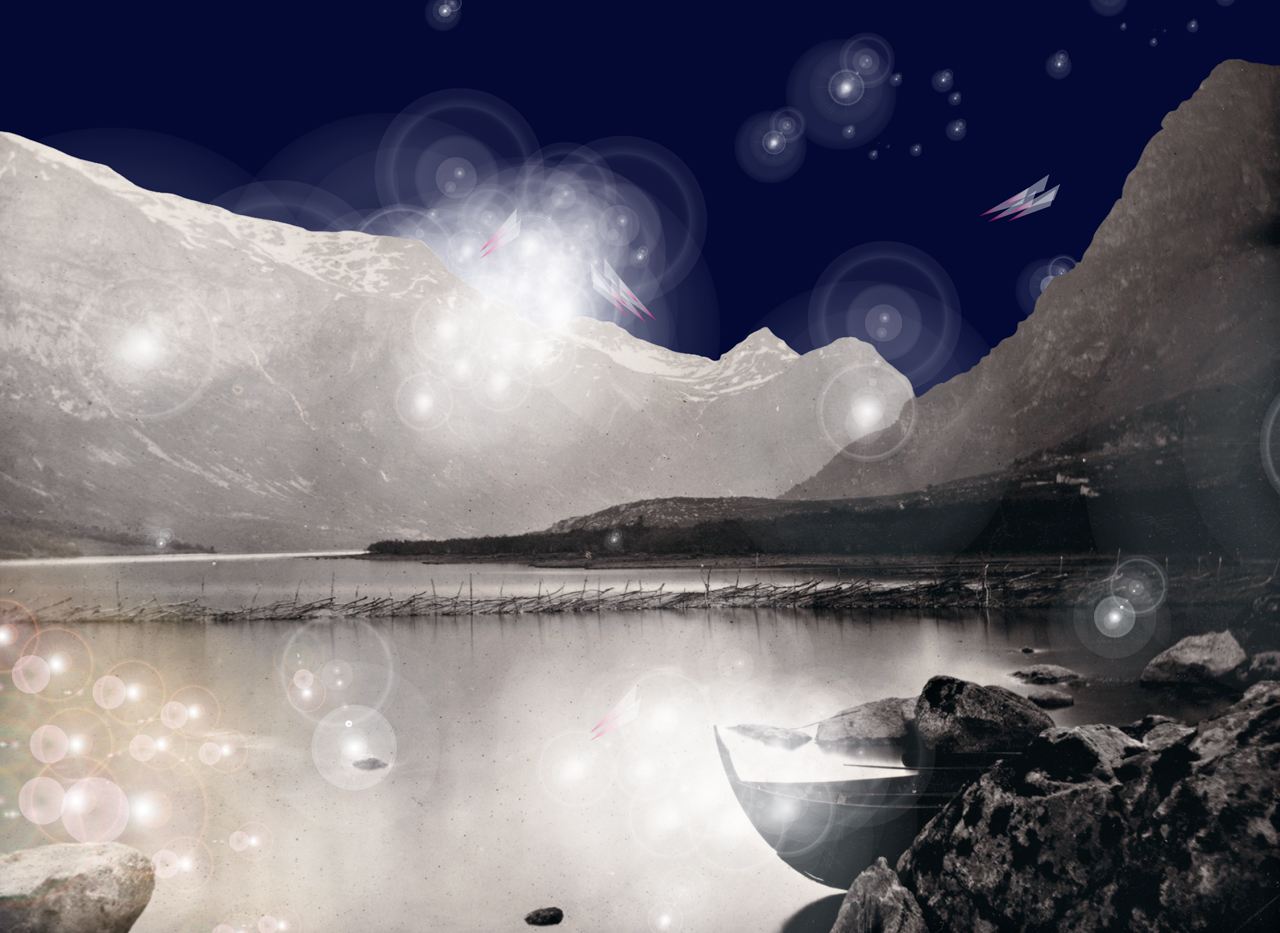 Printed on Kodak metallic paper, the consecutive screen-like still images are read as a moving story board. These stills, in materiality and content, converse with the video pieces, where the same forms float or speed, passing by the still mountainous scene according to randomized algorithms. Holden both harnesses and breaks methods of story telling by merging cinematic operations and artistic techniques of layering, colouring, repeating, sourcing and collaging. The viewer then traverses between an arrangement of still and moving image works. He adds randomness and chance to his intentional compositions to create dynamic, live art. 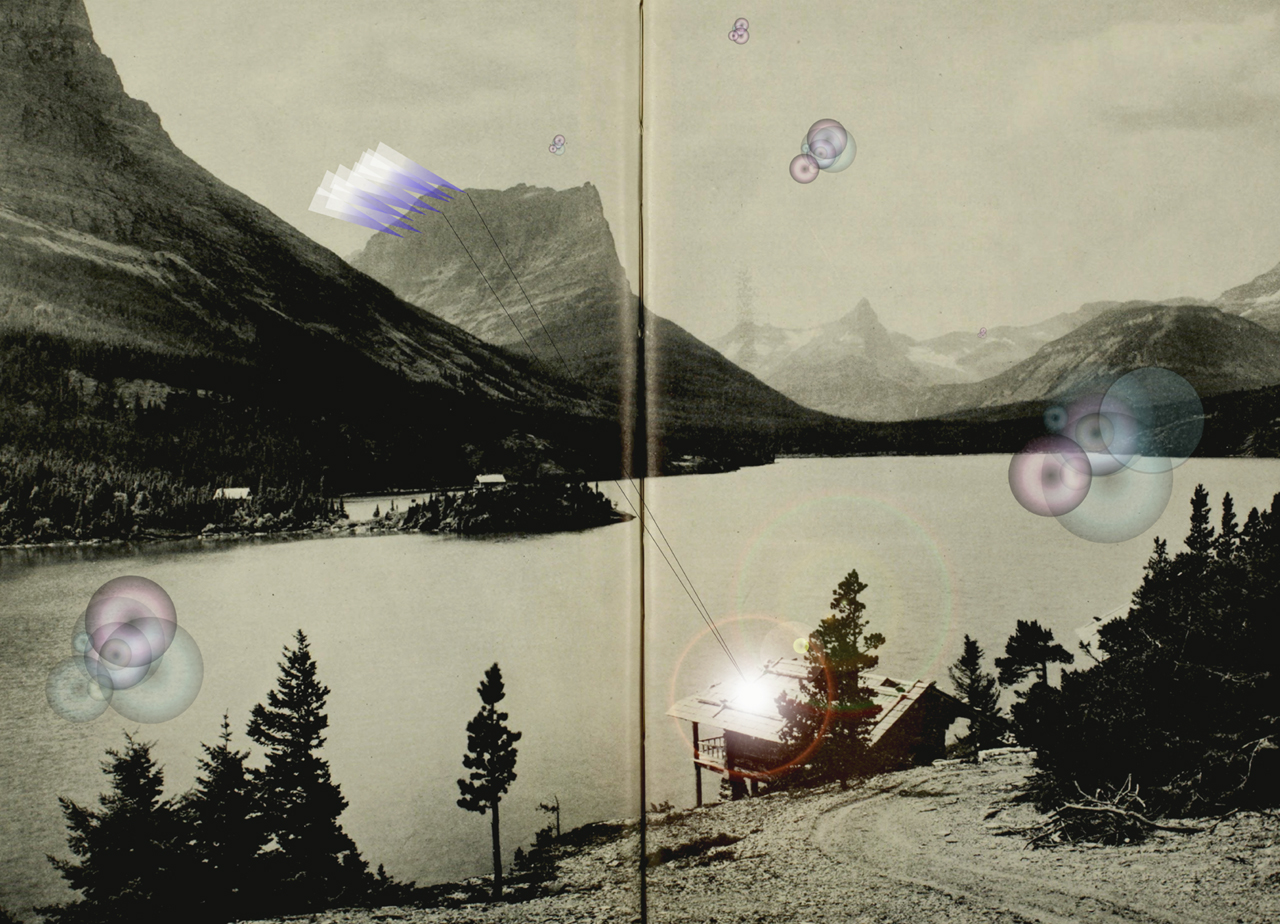 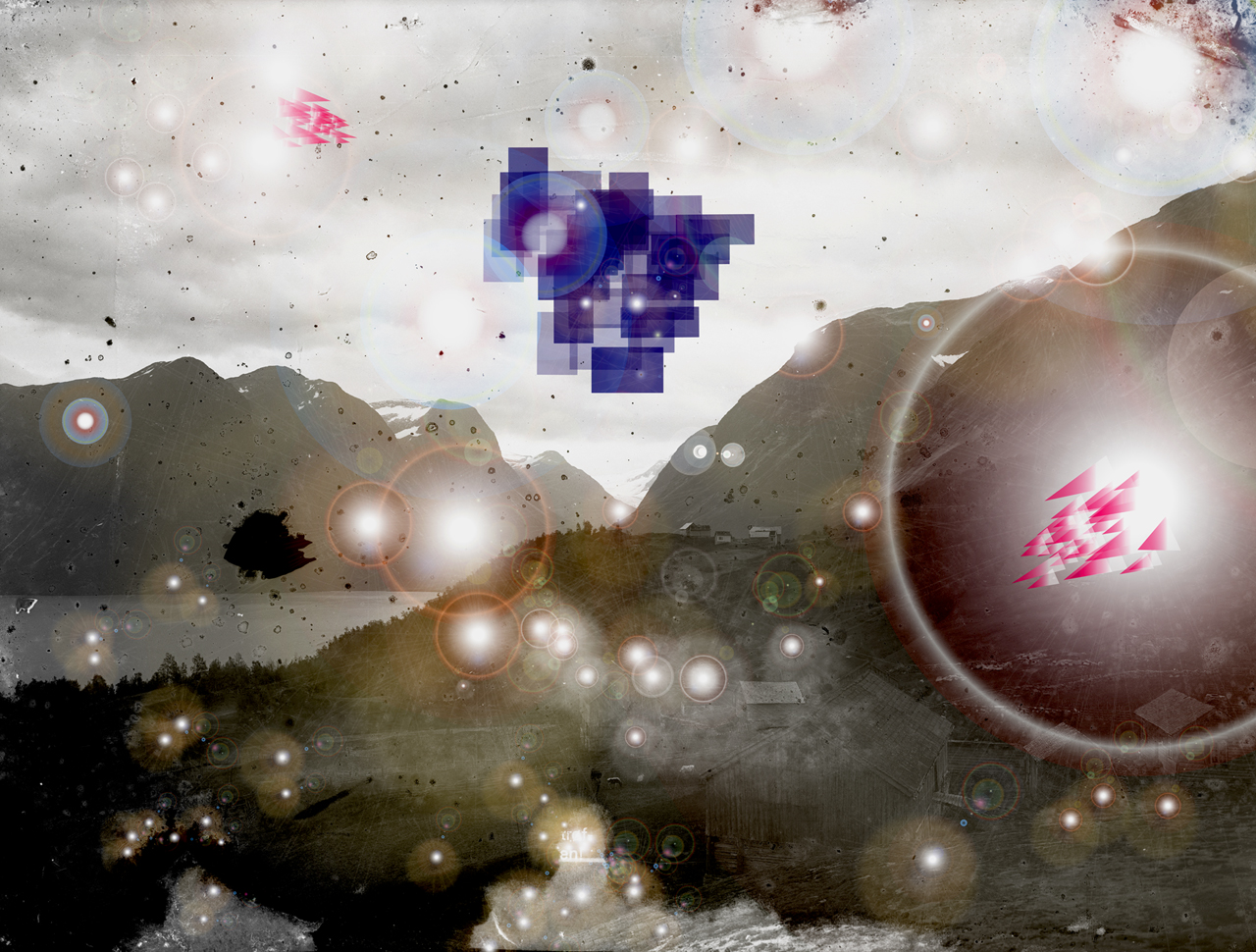 Fluidity is achieved between the related mediums and modes of representation, thematically engaging the notion of time. Holden demonstrates the dichotomy of permanence and ephemerality in the sky, the mountains and the internet. Each, a separate entity, defined within a collage composition and varying in light intensities. The spatial interaction between the sky, mountain and the internet evokes a juxtaposition between the mediated and natural, heavy and weightless. In the images there are similarities and disparities between technology, the natural world and the physical place of humans. The evocation of history and anticipation, memory and reality enables animation, where these found mountains become implicated with multiplicity. 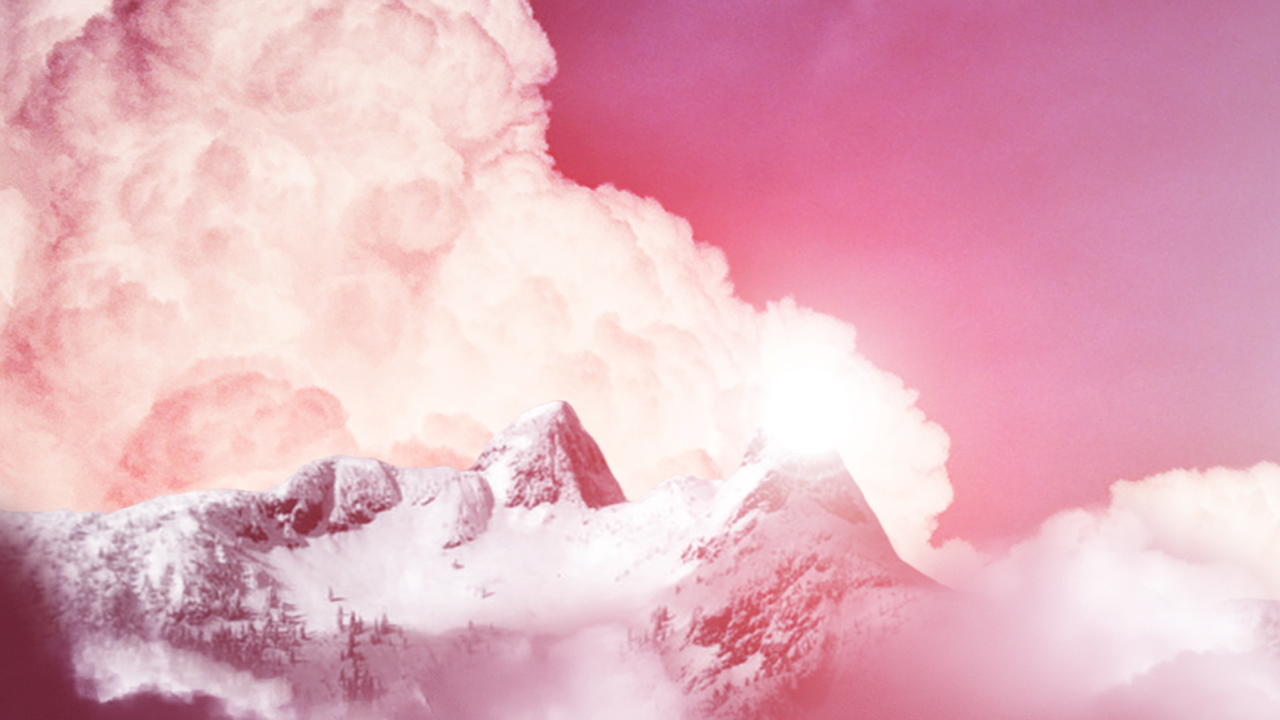 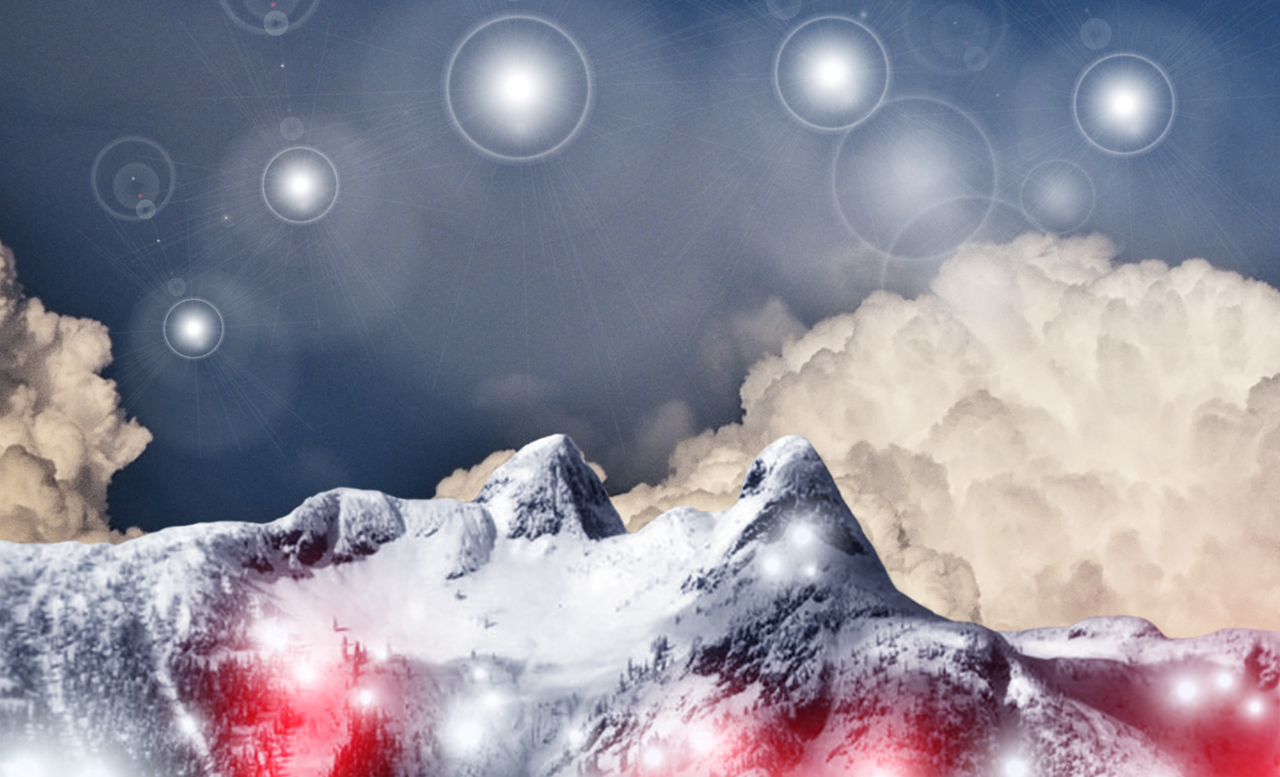 Collectively, the presentation of prints and digital constructions convey a contemporary human situation in this world – between the natutal mountains and the internet. Holden thematically and technically experiments with our sensory capacity. The final impact is one where the viewers ponder where exactly to situate themselves within the work; between the polarized web and natural elements.