As you walk through the maze of galleries participating to the 2016 edition of Art Toronto, the presence of some truly ingenious works by Latin American artists will not fail to catch your attention. Presenting the second chapter of FOCUS: LATIN AMERICA, Art Toronto is host to sixteen galleries that feature the work of contemporary Latin American artists. From Madrid to New York, and from Mexico City to Buenos Aires, it is a unique chance to see the contemporary production of these artists who still shine by their absence in our Toronto galleries. 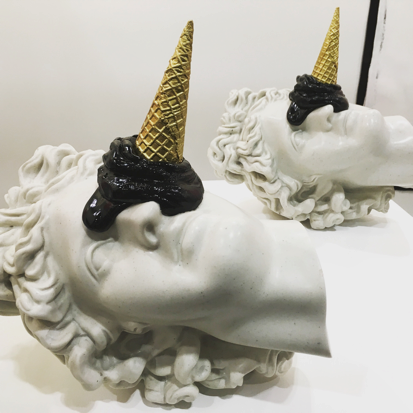 In conjunction with these galleries, Venezuela born and New York-based cultural producer Isabela Villanueva also curated a remarkable selection of installation projects that explore the social and political issues within the context of urban architecture and the build environment. Featuring the works of Stefan Benchoam and Christian Ochaita from Guatemala, Vivian Caccuri from Brazil, Carlos Garaicoa from Cuba, Luciana Lamothe, from Argentina, Mario Navarro from Mexico, Frederico Ovalles-Ar from Venezuela, and Ishmael Randall Weeks from Peru, all eight installations will challenge the way your view seemingly banal materials and how they are featured in our daily urban lives.

I had the chance to speak with Villanueva who explained to me the motivation behind her curatorial choices; from the artists she chose to the themes she wanted to put forward. An important part of Latin America’s history is marked by fluctuating economies, political upheavals and instabilities. This reality has heavily impacted Latin America’s urbanism and the relationship of Latin Americans with their cities. 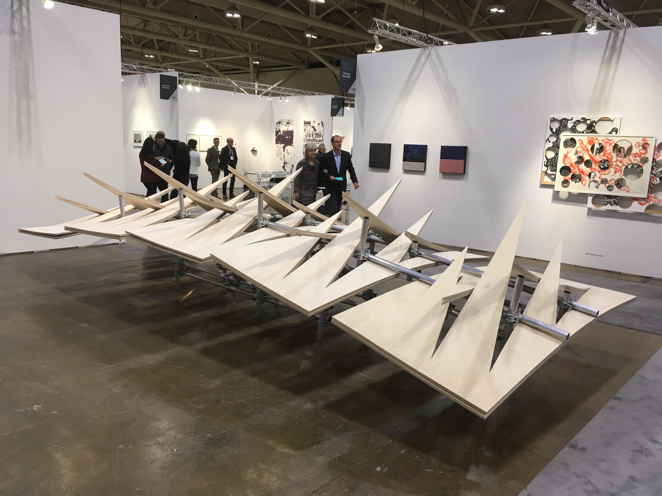 Going all the way back to the 1920s where, in conjunction with modernity, the first metropolises were starting to emerge in Latin America, Constructivism, whose mandate to view art as a practice for social purposes, heavily resonated with Latin American artists. The heritage of the movement is still felt today and for Villanueva, it was important to show that theses themes continue to spark the creativity of Latin American artists.

While they all come from different countries, the eight artists she chose for the art fair all have something in common: their works serve as indexes to the changing face of Latin America’s urban landscapes. Whether they are using plants or cement, their works educate the public by raising their awareness to the consequences of modernization and globalization. Each of them can be seen as social interventions that are critical of the construction and deconstruction cycles of Latin American cities. 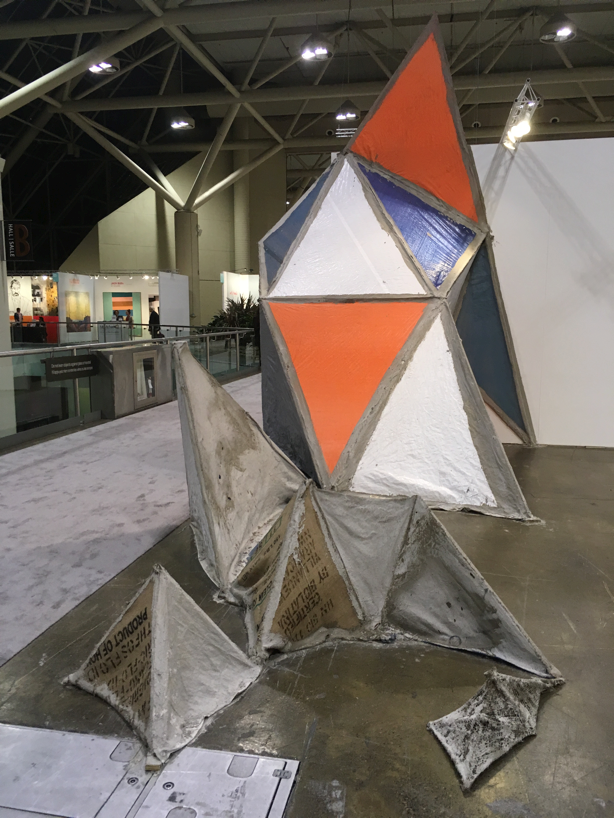 I also had the chance to speak with Frederico Ovalles-Ar from Venezuela who is the author of the work Constructivismo precario: Geometria Blanda. The imposing work, which Ovalles-Ar realized in less than a week after arriving to Toronto, is installed only a few meters away from the entrance and instantly draws in the viewers. The artist was heavily influenced by the architectural and political history of his country and the ways in which that history continues to impact the lives of Venezuelans, especially those living in Caracas, the country’s capital. As he tells me, starting in the 1950s until the early 1980s, Venezuela went through an economical boom and it is during that time that Caracas expanded to a modern metropolis. When the economy drastically crashed at the beginning of the 1980s, so did the nation’s capital. Buildings fell into ruins, new ones were built very precariously, favelas emerged, etc. With his work, Ovalles-Ar wants to show the failure of modernism, its erasure from the urban landscape.

He works mainly with found material, or street material and has been doing so for the last 15 years. For example, Constructivismo precario: Geometria Blanda is made with wood, cement, net, and woven fabric. He wants to show society’s ruins, using what he calls a precarious aesthetic that focuses on the unfinished. What will happen with his creation once Art Toronto comes to a close? He doesn’t know, but that is part of his art. Incidentally that is the case for the majority of the works of  Villanueva’s eight artists. The ball is in our court to keep them here! 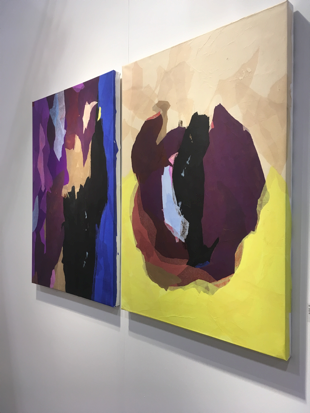 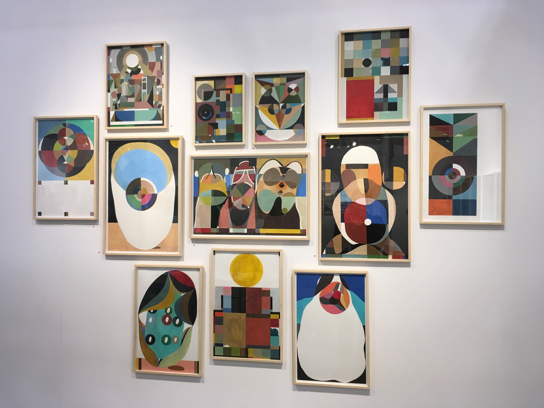 FOCUS: LATIN AMERICA is a great opportunity to see the works of incredible artists and discover some wonderful galleries. It will delight art lovers looking to expand their horizons and give art collectors the chance to add stunning contemporary Latin American works to their collections. It is a not-to-be missed event!