Today we tend to think of ourselves as existing in an infinitely postmodern society, but sometimes we are able to step back and see a space untouched by our ever-changing sensibilities. This is exactly the case in Howard Lonn’s solo exhibition titled Khrome, which is currently being shown at Birch Contemporary. In this exhibition the viewer is presented with bold fields of bright color, constructed from a series of intersecting planes that split the canvas into various stages of relief. However, these layers come together to form a series of paintings that are extremely solid in their composition, and engaging in their representation. The life-sized scale of these canvases helps to bring a sense of vitality to the forms and shapes that have been painted onto their surfaces. 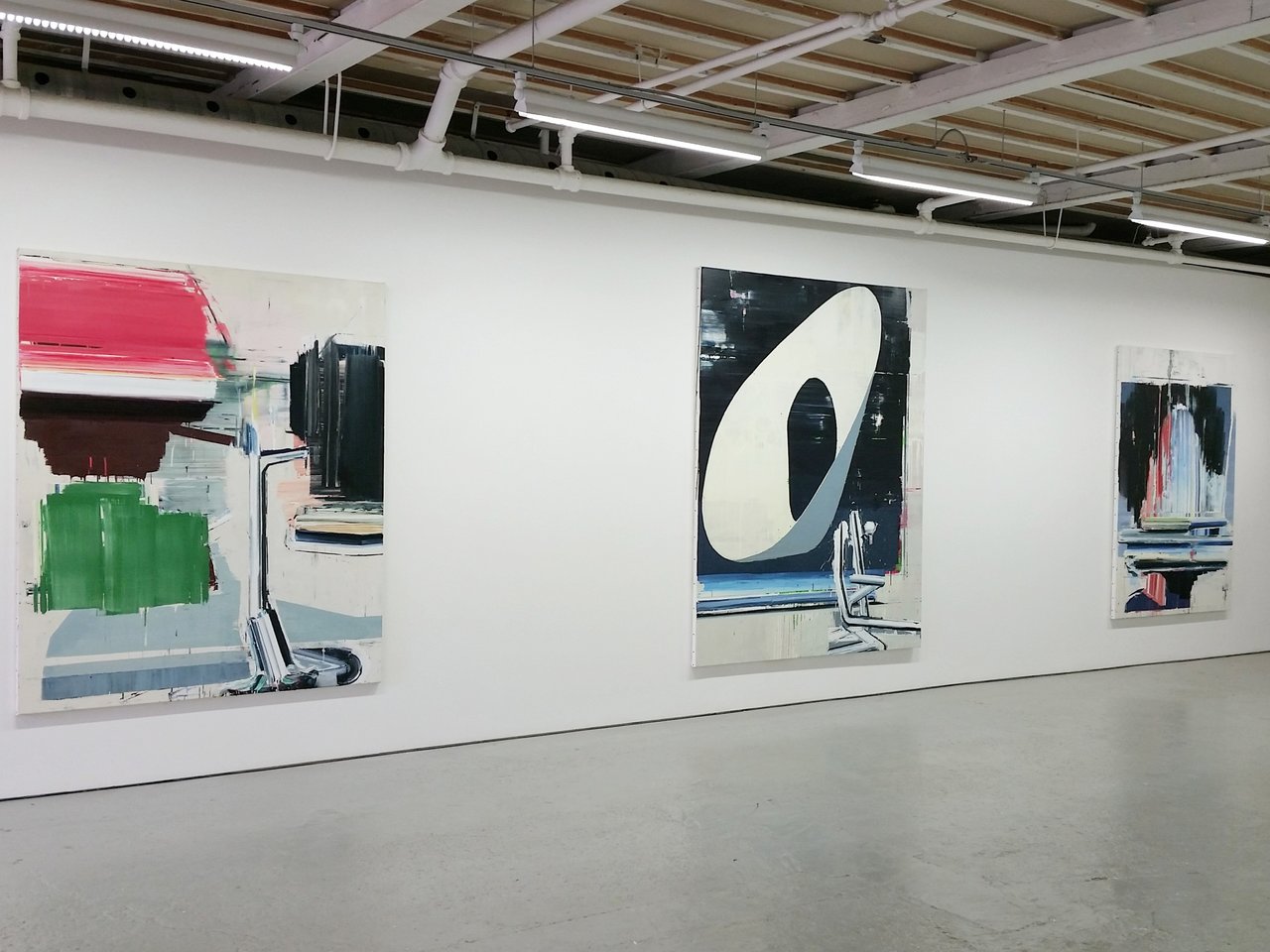 When first walking into the exhibition, the word “structure” springs to mind immediately. The colors on the canvases – greens, pinks, blues, and yellows – are extremely vibrant but yet, they do not denote any sense of levity. The forms within these paintings are neither boundless nor ethereal; some are almost industrial in nature, and they all seem to extend from a foundation that lies at the bottom of the canvas. The bases help to ground these forms, thus partially effacing the idea that they might represent things that are otherworldly in nature. The figures and forms contained within these paintings are certainly ambiguous, but they do not seem foreign at all; some even hearken back to early industrialist paintings of the twentieth century.

For instance, in “D(1)”, we are presented with a quasi-mechanical form that almost resembles a table lamp with a wide base. Nevertheless, the representational value of the painting remains in question; we are thus left in a series of contemplative moments that may or may not provide us with sufficient answers to our questions. 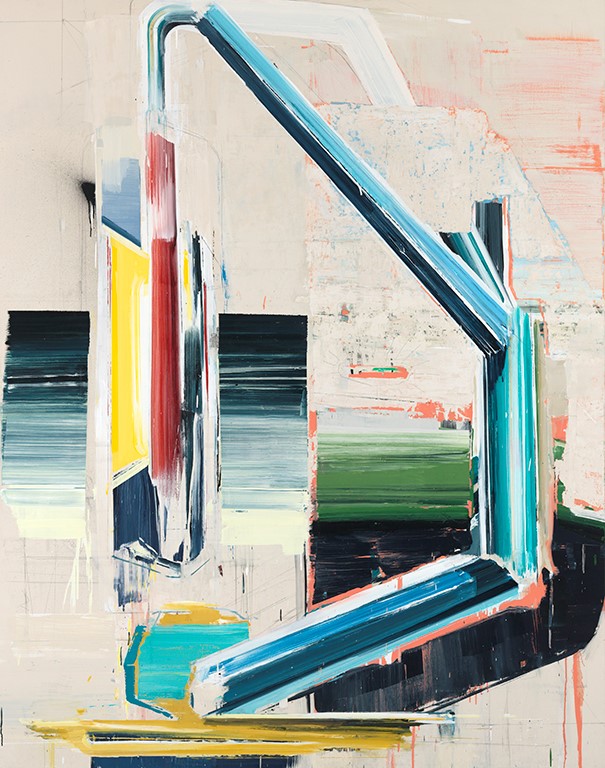 The viewing experience in this exhibition is like entering into a dialogue with the surface of the canvas; one bounces an idea off of the canvas only to have another idea rush into their head a moment afterwards. The forms themselves have a definitive structure, but their general abstraction allows them to evade being put into a single box.

Nevertheless, while these paintings are decidedly modern, they also serve to exude some long-lost qualities of art. Painterly techniques characterize them completely, and forms that seem to recall the mechanical turn of the century dominate them. Even the title of the exhibition is linked to the past – Khrome is colour in Greek. Even some of the forms themselves seem to echo past artistic motifs; in “The Good Form” we are presented with a rounded form that hearkens back to the golden section and in “Portrait Head”, the artist puts forth a shape that recalls the portrait busts so popular during the eras dominated by Greek and Roman culture. 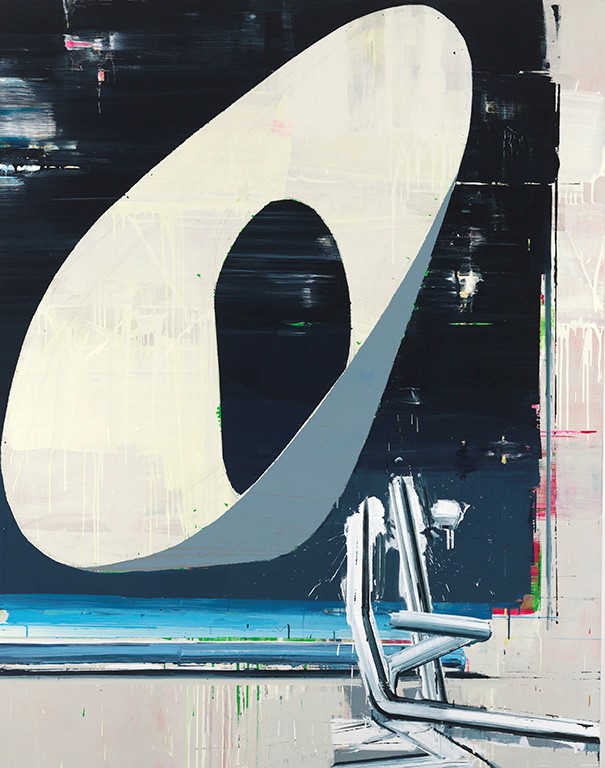 In the essay that accompanies this exhibition, Lonn describes these paintings as “fragments of someone else’s last century modernity.” However, one must be careful not to reduce these paintings to their art-historical implications; while Lonn does certainly hearken back to the gestural painters of the past, he does not simply adopt past techniques or sensibilities. In these paintings, Lonn evades the purely abstract and places an emphasis on the notion of meaning making. The paintings in Khrome seem to suggest a possible truth; however, it is the viewer that is given the choice to decide just what this truth might be. In this way, they can be somewhat understood as architectural blueprints for an open viewing experience. 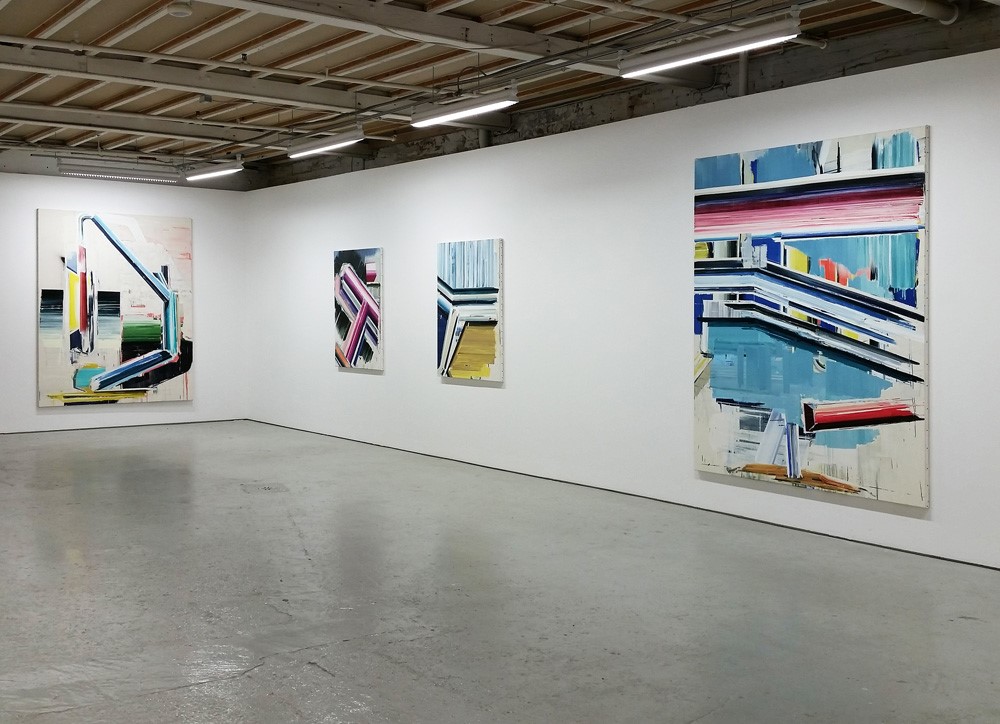