The anthropocene epoch, an unofficial offspring of the current Holocene era, essentially defines a period of time in Earth’s history that emphasizes the significant impact of human beings on the natural world. Modern geologists have coined this term in response to the massive destabilization of environmental phenomena via industrialization, poaching, deforestation, and other entropic interventions caused by mankind. Whether informed by capitalist logic, or a result scientific nescience, Earth has undergone a colossal metamorphosis from a bio-diverse Arcadia to an increasingly bleak concrete jungle. While not as immediate, Joan Kaufman’s latest exhibition at Lonsdale Gallery tackles similar environmental concerns, albeit in a more meditative and visually sumptuous manner. 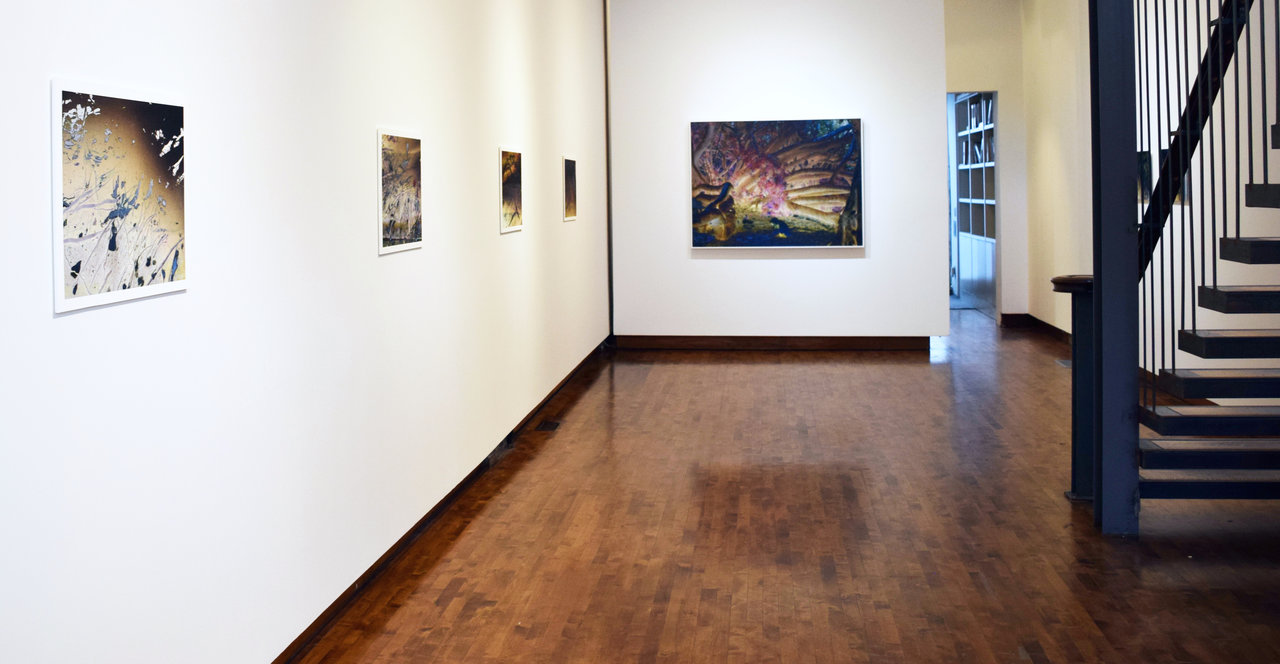 This current body of work is an extension of the artist’s exploration of anthropocentric matters that have persisted throughout her distinct oeuvre. Using the photograph as her primary medium, Kaufman’s kaleidoscopic work resembles images of a subterranean landscape removed from any real-world referent. Shot primarily in a South African forest, these artworks are repeatedly stripped of denotation through a rigorous studio process that involves textile screens and alternative lighting techniques as a means of manipulating her source material. This insistent trickery deftly recalls Man Ray’s fascinating studio experiments, as well as Stan Brakhage’s celluloid mutations. Furthermore, a series of photographs that are lined in procession in the upper gallery recall decorated friezes on Greek temples from antiquity, inviting historical iconography into her modern abstractions. Kaufman’s photographic interventions transform her organic subject matter into alien images of biomorphic proportions. Large root systems that comprise her Roots and Radicles series resemble arteries of a fantastical creature, while the figures present in the Night Procession sequence are given moth-like appendages. 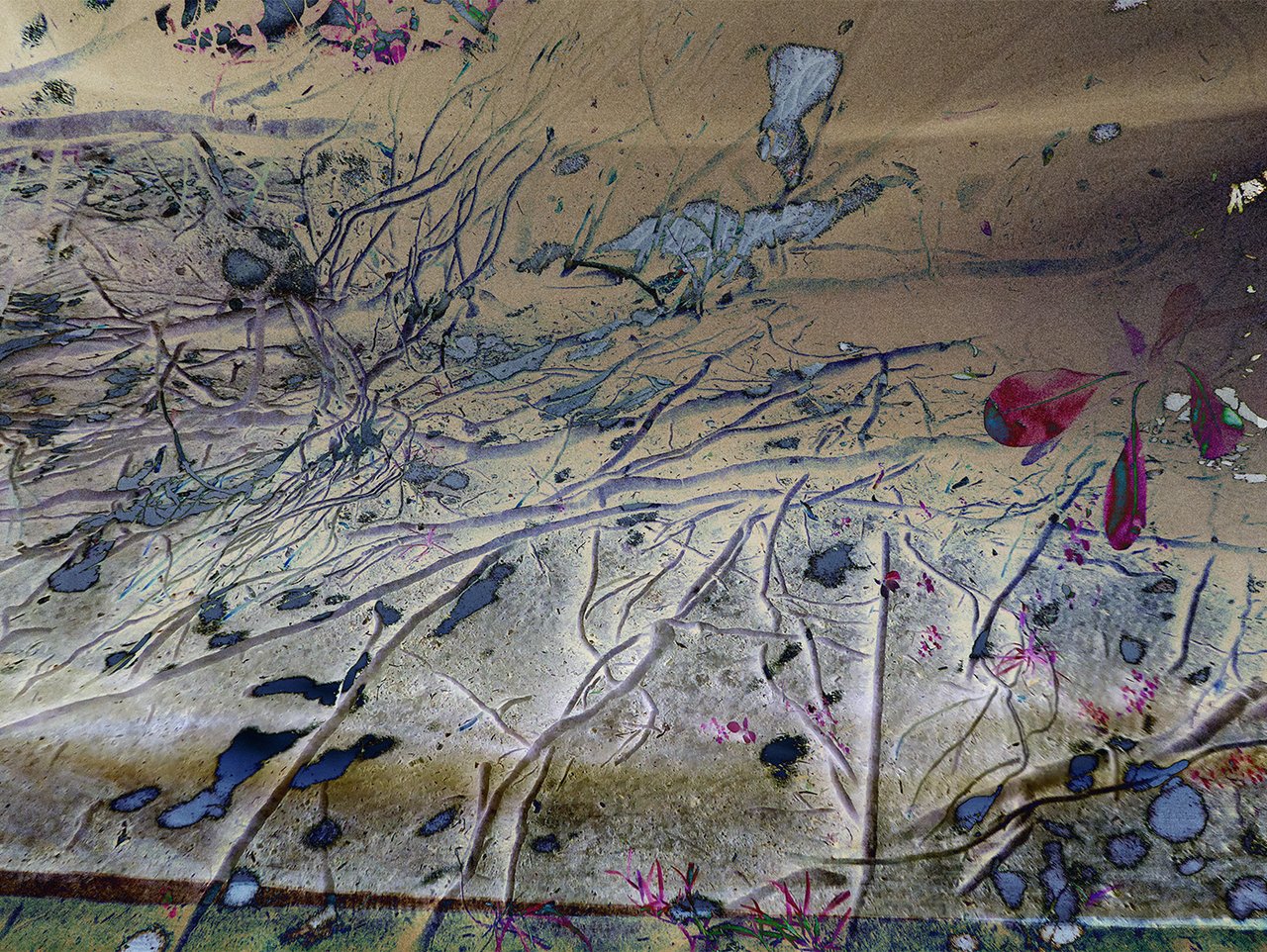 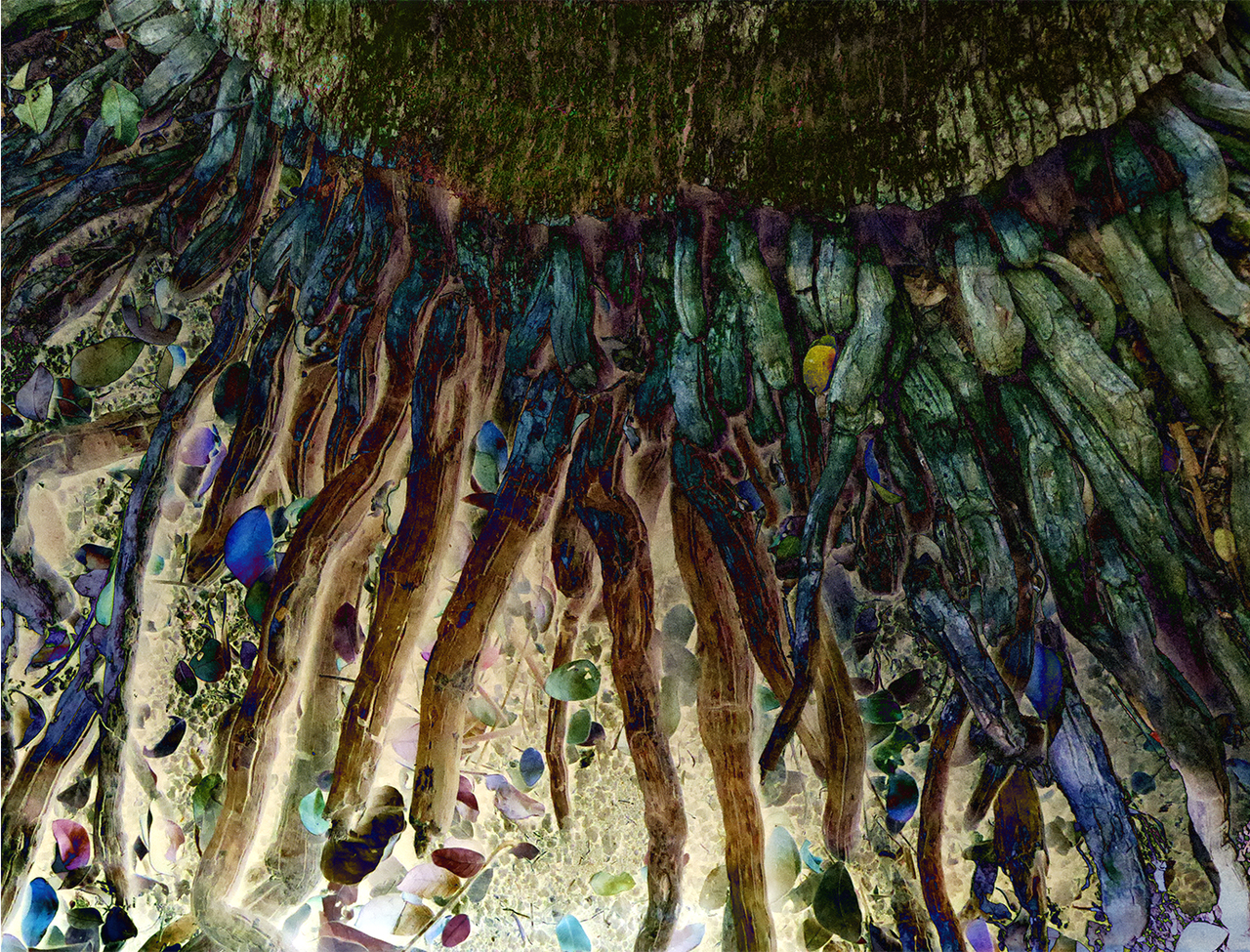 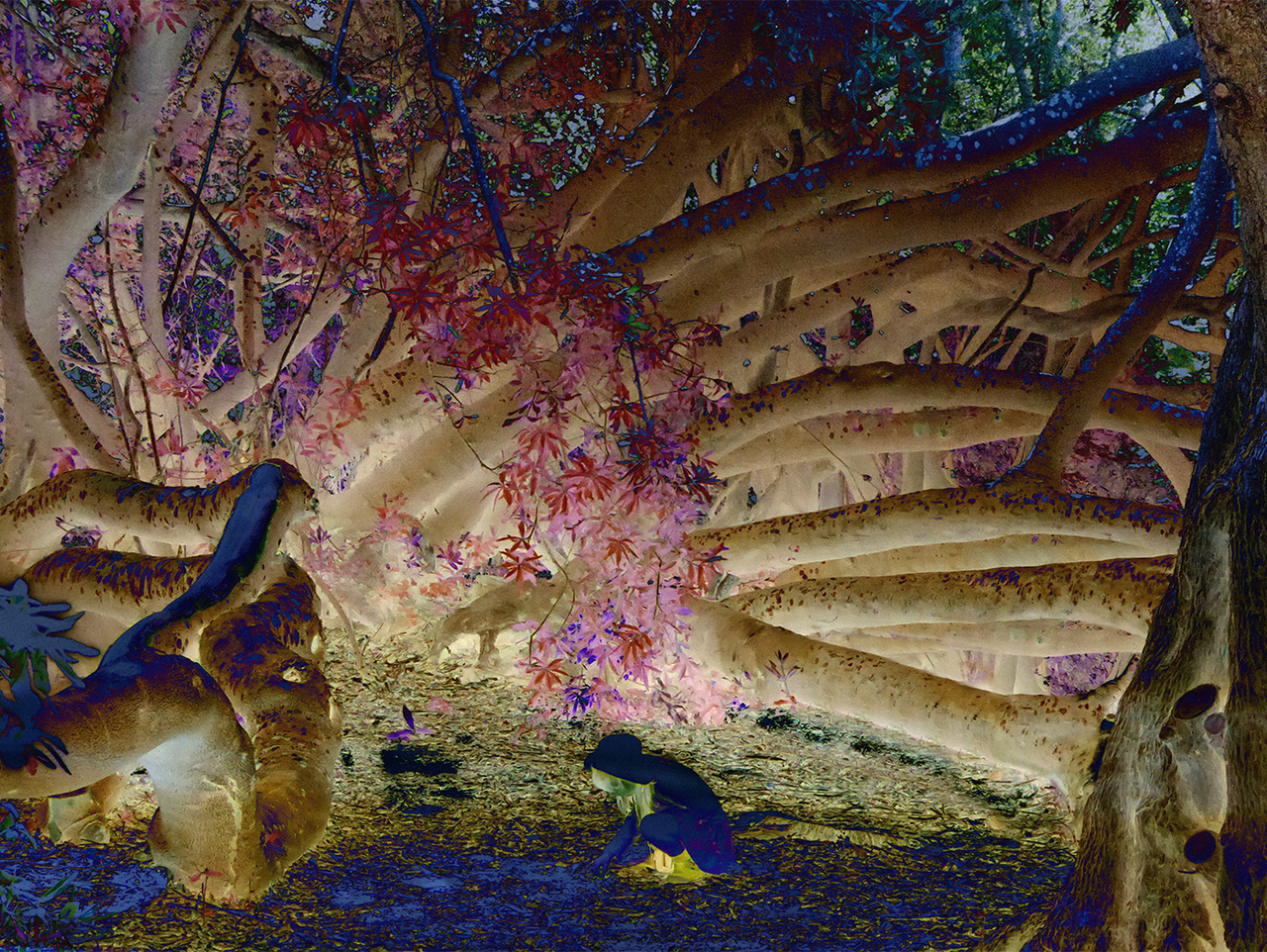 As a viewer moves throughout the gallery space, it becomes evident that the artist approaches her socially conscious body of work in a more symbolic manner. While artists such as Olafur Eliasson and Naziha Mestaoui wear their activist tendencies on their proverbial sleeves, Kaufman allows her art to elicit a more contemplative response. Her photographs do not immediately confront; but instead, slowly percolate throughout a viewer’s consciousness as they slowly digest the contextual implications hidden throughout these compositions. While it may not seem obvious at first, when considering the human activity involved in creating these pieces, a viewer will begin to find a correlation between the artist’s anthropocentric concerns and these unique images.

Throughout the exhibition, Kaufman brings attention to increasingly fraught relationship between mortals and the natural world, as the human mind can create images of wonder, but also significantly contribute to the rampant deterioration of a once-thriving global ecosystem. This inherent dichotomy enlivens the work beyond its gallery setting into more cerebral territory.

Images are courtesy of Lonsdale Gallery