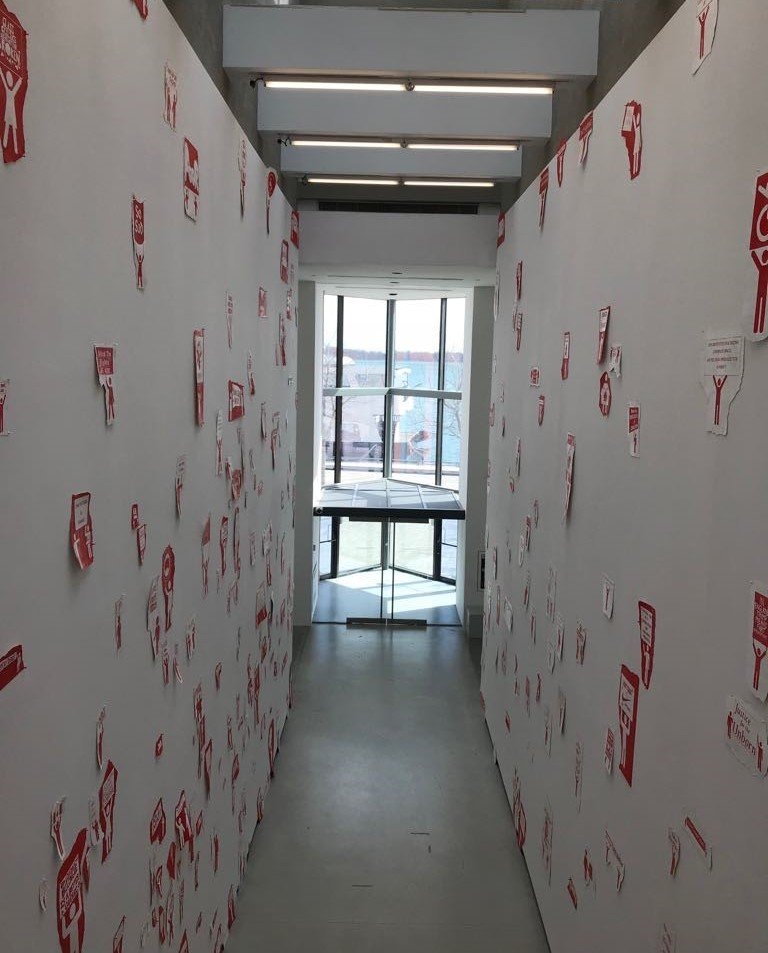 Installation view from the second floor of the gallery

Michael Landy is a London-based artist, whose work has been exhibited all over the world and this is his first exhibition in Canada. Curated by Nabila Abdel Nabi, Demonstration, the third edition of the Fleck Clerestory Commission Program, is a process-based installation that requires the public to actively engage in the story-telling. 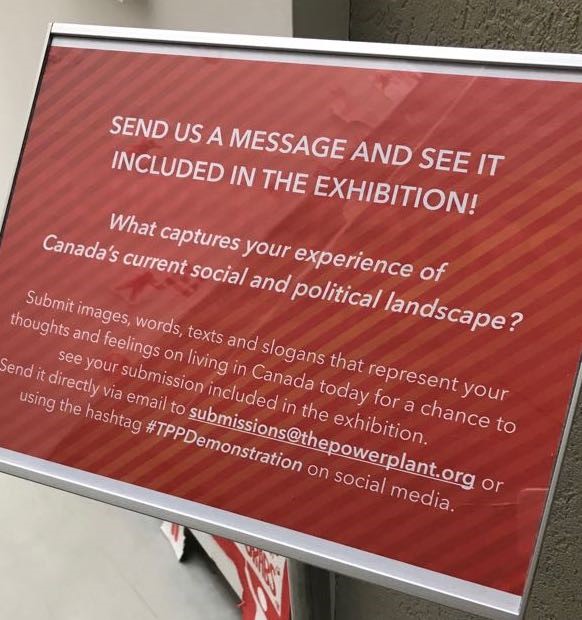 This exhibit consists of red and white drawings of stick figures and words on two opposing walls. The positioning of the walls provides the already provocative pictures with an even more confrontational setting. Landy invited the public to collaborate by submitting images and texts that express their thoughts and feelings on living in Canada. The messages sent in by the Canadians were interpreted into drawings by Landy and his team. The drawings comment on the social and political atmosphere and, some of them, on personal battles that people are facing.

Most of the pieces convey concerns about our society. The drawings address issues like racial problems, minority, sexism, privilege, misogyny, queer identity with politically-charged statements such as: “Your voice is a weapon.” or “Proud to be a nasty woman.” or “It’s not queer to question gender.” The viewers are bombarded with questions, thoughts and feelings that meant to engage them on an intellectual and emotional level, until they become participants, so each depicted battle would challenge them. They, hopefully and potentially, would go as far as to question their own privileged lives in the larger perspective of others’ problems. 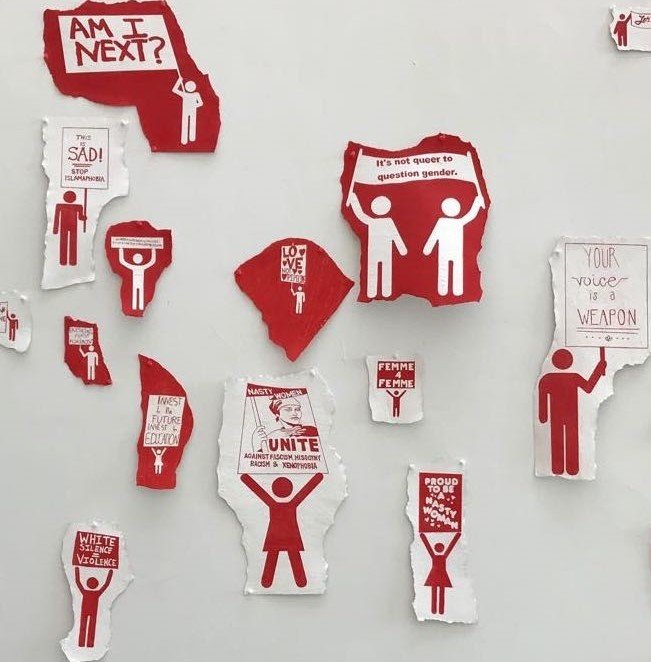 The composition, that depicts Batman and Robin, is not only striking but also relatable to all audiences. It utilizes the original drawings of Batman and Robin, composed in a 21st-century stylized meme. A meme is a cultural element of the present-times; that is meant to be humorous and has motifs of pop culture, conveying a statement of common sense which spreads across the internet like wildfire. Such as in this image, the viewer sees Batman smacking Robin (which is currently a common meme across the internet) because he is referring to Africa as a country rather than as a continent; therefore, challenging this common postcolonial phenomenon. 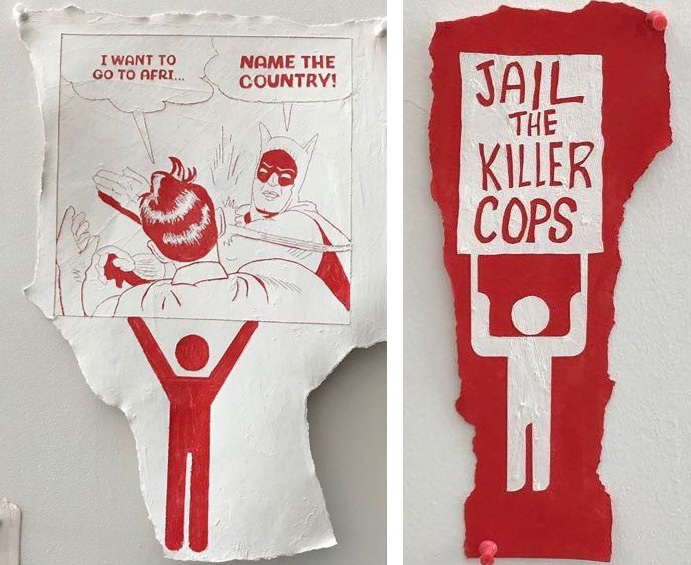 Surprisingly, yet expectantly, many of the drawings are based upon personal fears or fears of the minorities. Police brutality towards people of colour has inspired widespread movements, such as the Civil Rights Movement, and more recently the Black Lives Matter Movement. Some police are expected to use force in order to “serve and protect the people” but sometimes they overstep their legal rules. The misuse of gunfire has often led to people of colour being racially targeted and killed. This image expresses the anger against police officers who killed people on the spot instead of allow them a fair chance in court.

Overall, this exhibition is an excellent opportunity to engage with issues that need to be spoken about more often. Landy’s notion of bringing in the public’s concern into a ‘wall of protest’ is very insightful. In the pasts, walls have been built to separate classes, and to create a barrier not only physically, but also ideologically; such as the Berlin Wall, or the Israel-Gaza Barrier. Here the use of walls is not to separate the privileged from the under-privileged, but to confront them with the concerns of the minority.