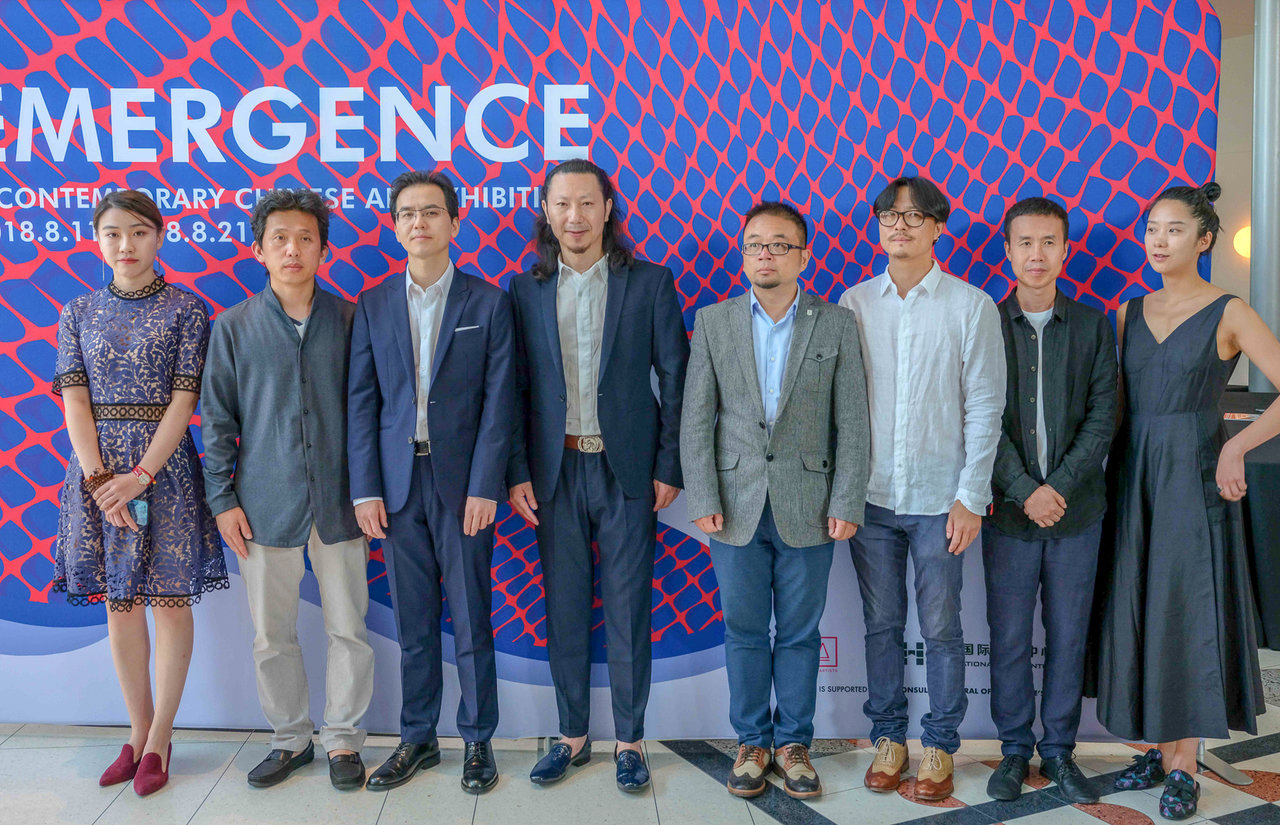 Though the exact word has never appeared on any of the exhibited artworks, ‘identity’ turns out to be the major subject of this show. Some works directly reveal the Oriental identity by either depicting a Chinese subject matter or using materials that can only be found there. Li Wang, whose works are internationally exhibited, is a professor at Tianjin Academy of Fine Arts, specialized in printmaking. Li stated, that in his works he wants to show how the traditional cultural elements influence the life in modern China. Xiang depicts a fictional scene where three men are watching some creatures on the table: crickets, horses, bird and birdcage, lotus seed pod – that might belong to fairy tales. A small skyscraper on the bottom of the painting brings the present time in; showing that past and present can coexist in harmony. 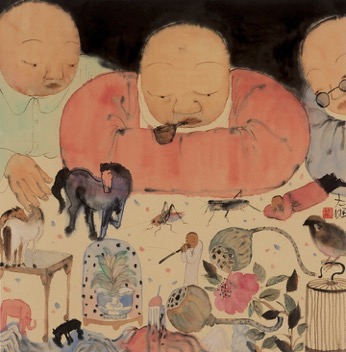 Jia Shanguo turned back to a historical literary tradition when he selected the Tao Te Ching in Song Ke Ma Sha Version, magnified and re-carved it. He treasured the Chinese traditions when he used the original philosophical idea and writing and rubbing methods – that in this much larger size becomes monumental. 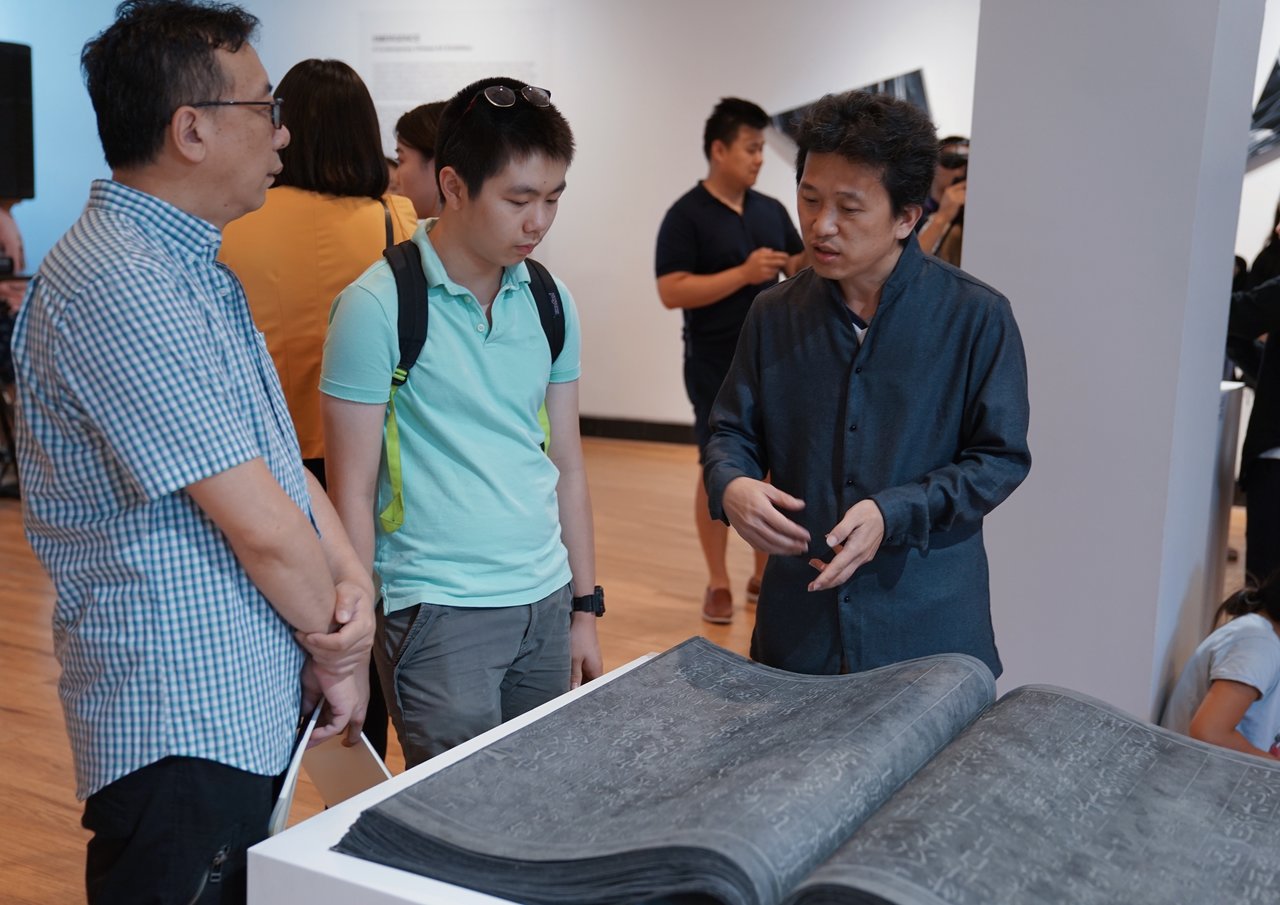 Yin and Yang is called dao as the artist Jia Shanguo explained it to guests. Photo: Iris Wu

Zhou Song also addresses technology but from the opposite view point of human spirituality and tradition, from the future of artificial intelligence and pure mechanical development – looking at a new world we can’t even imagine, as yet. 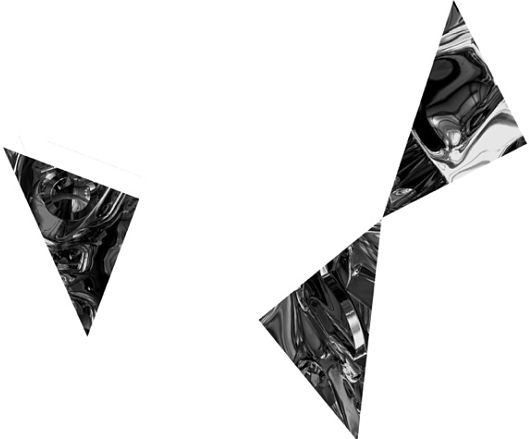 Wang Fei on his two panels, This World, combines mythological creatures with geographical features, constructing a continuous narrative. When you take a closer look, you will be surprised to find some words on the body of the wounded man: ‘Will v.s. Will’, and ‘2012’. As art critic, Peng Feng pointed out: Wang Fei’s works filled with a “surreal sense of fantasy, of vitality, of a strong power, and a super sense of sanctity“ as he “transforms reality into ideal, and freezes the temporary as eternity …” The work also reminds me of an ‘apocalypse’ – past or coming.

While Wang Fei is focusing on universal issues of human kind, Zang Chunhua turns his attention to personal impressions and memories of art; to an era that part of the past. Even those times would never come back and the distance between our time and of those can’t be bridged – they live forever in the artist’s mind. 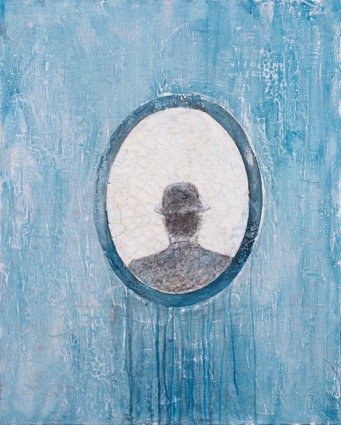 I found Li Hongbo’s paper sculpture, Tools of Study – Voltaire, very interesting. The head of Voltaire can be transformed into an abstract paper toy by stretching the material out. 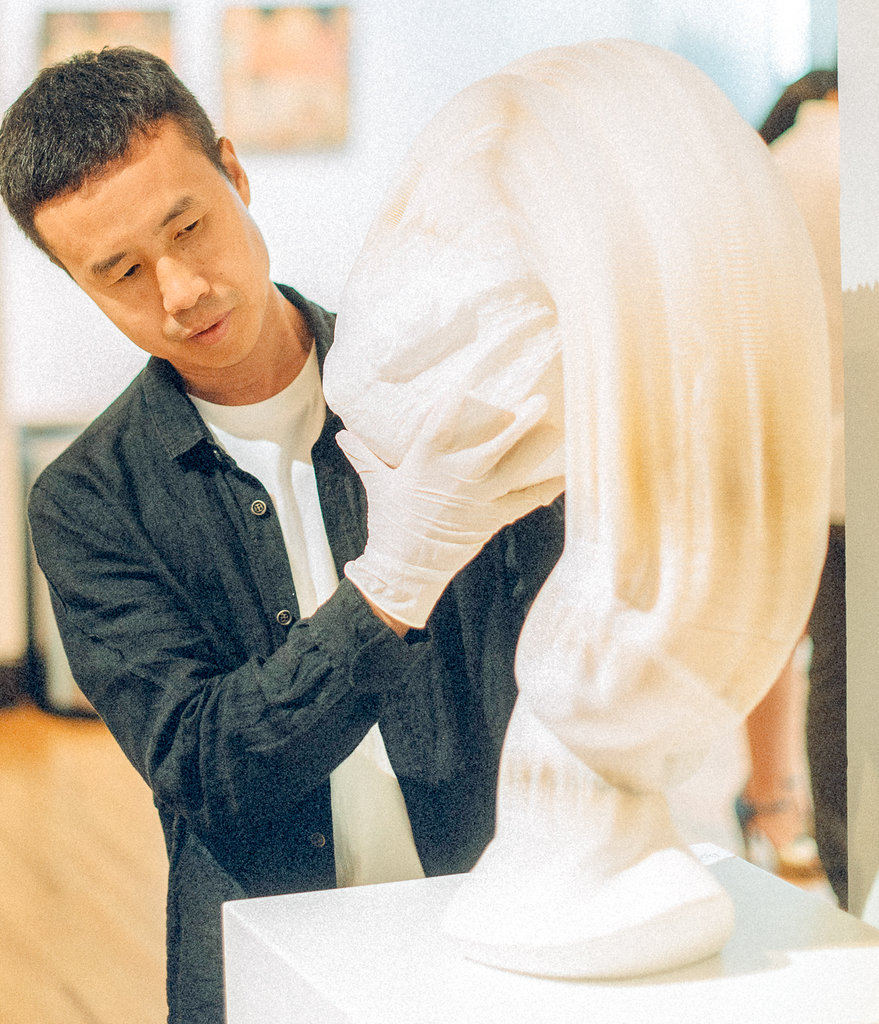 Yang Shuwen’s oil painting Heaven Eyes is mesmerizing. The artist plays with the idea of different dimensions in space and time as she captures the busy cityscape, where rich and poor share the environment, with shining colors. 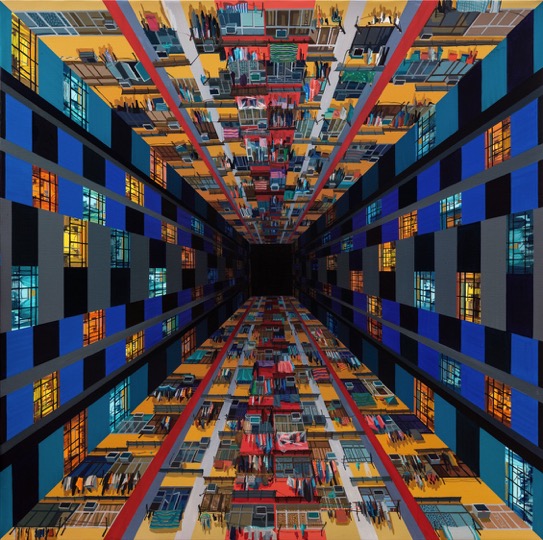 Ambiguity is the main element of Jia Xinyu’s semi-abstract paintings. As she stated they have no beginning or ending but aim to capture a “vague betweenness.”

For the eight Chinese exhibiting artists, ‘Emergence’ is the first Canadian exhibition they were invited to present their works. By sharing their cultural traditions, exposing their artistic ideas in new forms, those artists provide us with a wide view of contemporary Chinese art.