SEX LOVE LIES, a solo exhibition by Grace Dam at Queen East’s Urban Gallery features several acrylic and oil paintings; some of them representational work while the others are abstract compositions.

Most of the representational works are portraits. The one exception is French Lover, a still life, where the iconic perfume bottle is a stand-in for the elusive romantic partner the work is titled after. Many of the portraits are strikingly beautiful and confrontational, with the subject’s gaze directed towards the viewer. However, amidst these are a few exceptions, such as the same nude figure in two works from the artist’s series Silent/Body Language as well as the character within the work titled The Paper. In The Paper, the figure is hunched over and visibly in distress, presumably caused by the crumpled piece of paper held in his hand. The ambiguity of this document dramatically affects how to read the work. The contents could be anything from a failing grade to a serious medical diagnosis or eviction, and the narrative seems to focus on this emotional state. This use of symbolism with other recognizable visual motifs, to express sentiment and affect the viewer, are prominent in many of the Dam’s representational works. 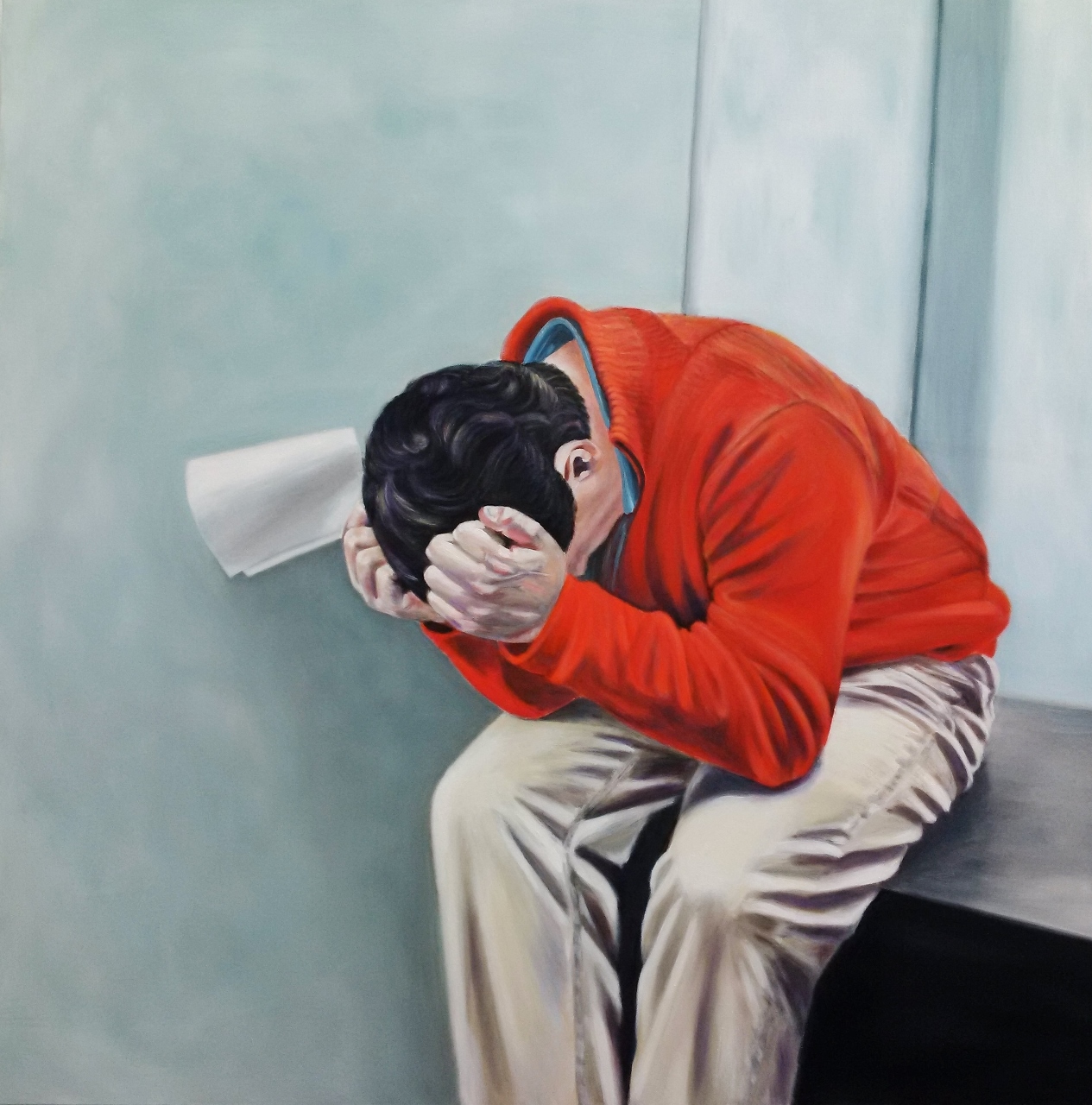 The two pieces in the exhibition from Dam’s Silent/Body Language series tell a story of a woman, presumably the artist herself, in the extremely vulnerable position of being nude in the presence of a fully dressed man whose gaze and smirk contain questionable intent. In The Comfortable Sofa, we only see the back of the woman’s bust and head, which comes across tense or rigid, while the male figure is relaxed and confident. This juxtaposition of body language suggests a hierarchy of power within the figures’ dynamic. 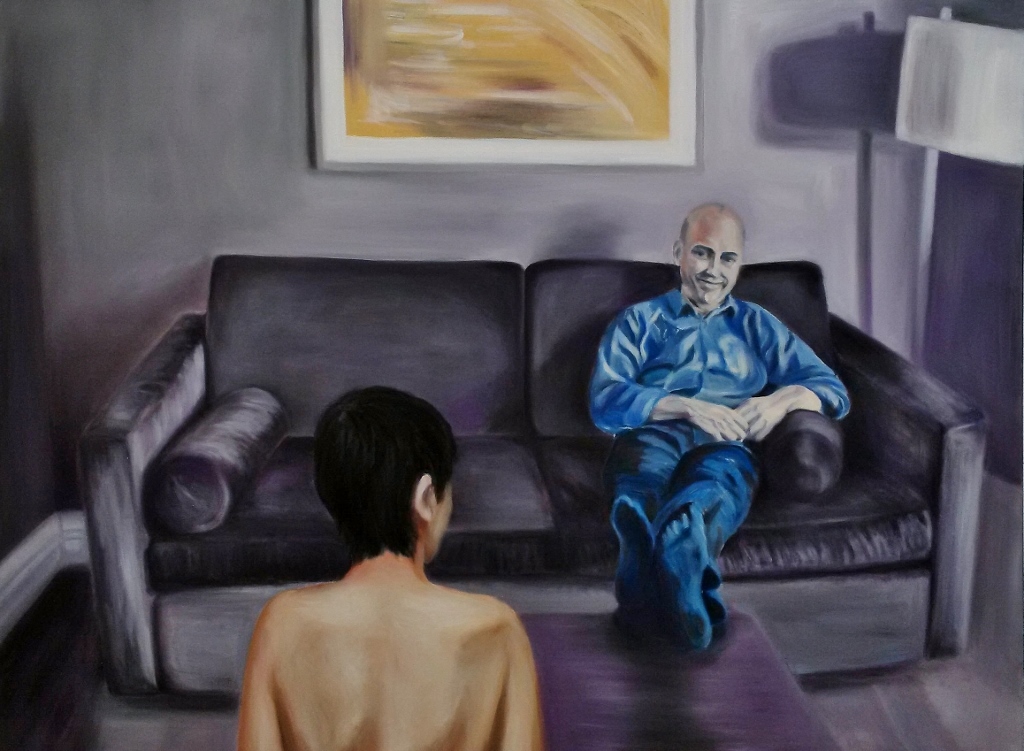 Similarly, in The Blackberry, we see the same characters in a split paneled image, with the nude female in supine position, while the male figure is fully clothed and standing, seemingly in another room. Many of the poetic and romantic descriptions associated with these works seem to suggest a liberation of feminine sexuality rather than an objectification from the male gaze, but clarity is never quite explicitly reached when engaging with the works. 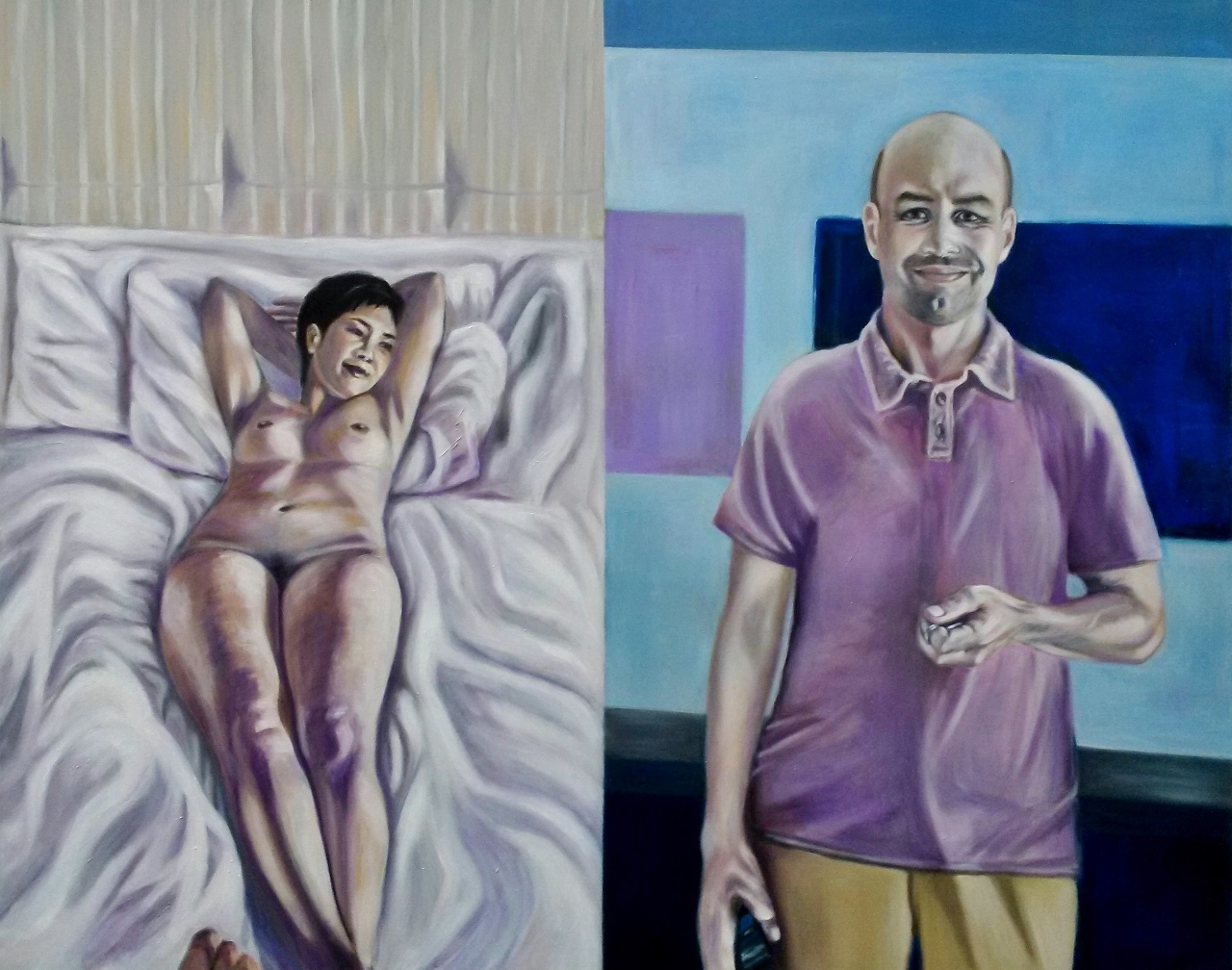 The abstract compositions use design elements and style to portray the feelings inspired by real landscapes, scenarios or forms.

Titles for the work, such as Summer Rockies and Autumn Rockies, reveal to us the source imagery for the pieces and add a secret narrative to an otherwise strictly formal painting process and picture plane. Following those hints the works of wavy, vertical colour bands become a journey to mountain ranges and the sublime feelings these landmarks evoke. 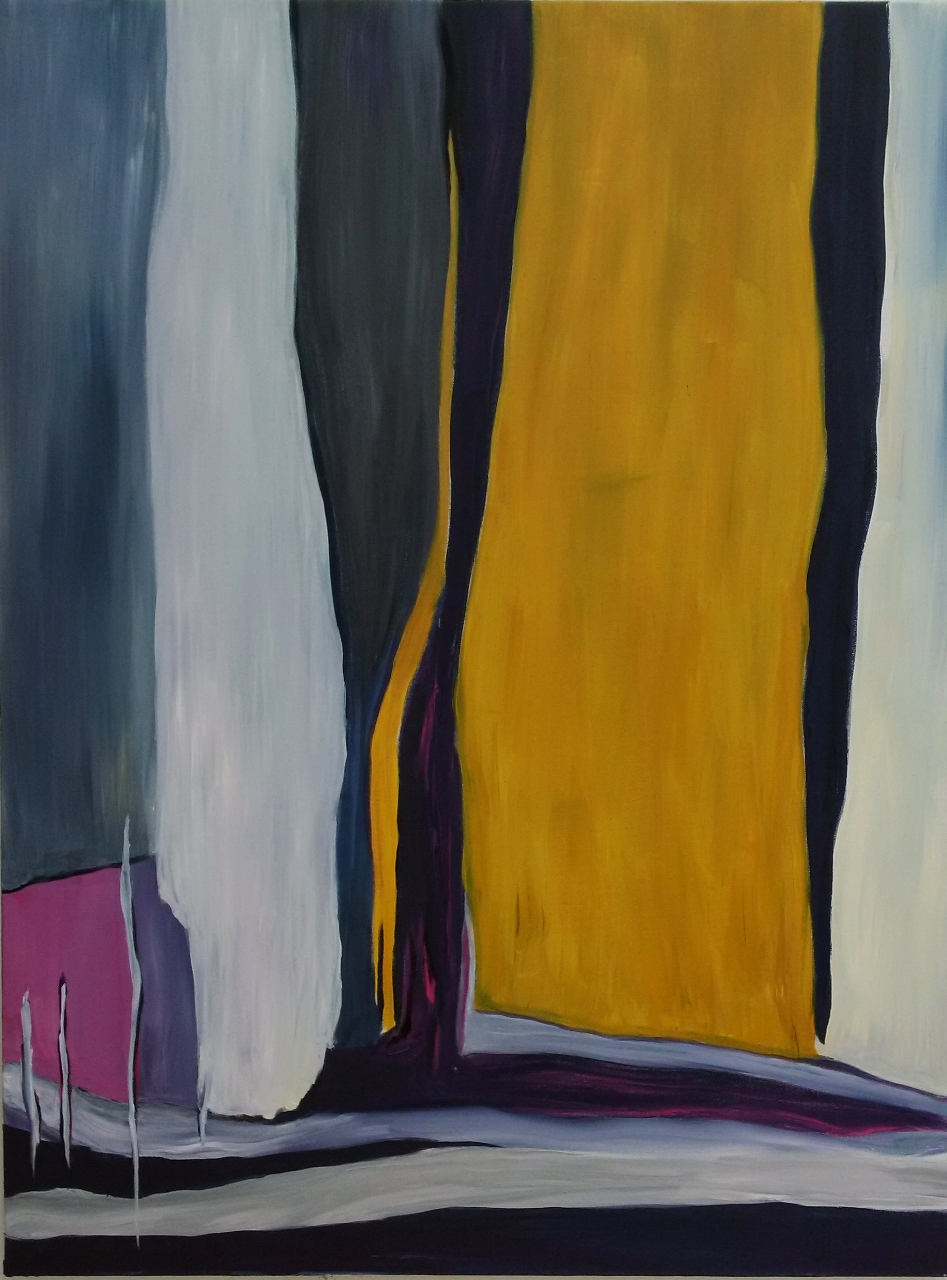 The exhibition is a beautiful exploration between abstraction and representation. The show also sustains a magnificent colour palette to amaze attendees and patrons. Finding abstraction in forms, and figures in the formless is a wonderfully intellectual exercise that the artist and the gallery have tackled beautifully together.