With the exhibition I initially wanted to go through each of the contributions of tofeelclose, treating them as a collective response. I kept finding myself thinking back and reflecting upon Erika DeFreitas’ work, and so I started to look for her in the thinness of the night (meditations), envisioning the faded cobalt paper and the tactile quality of its grain. Or the sensation of using a typewriter when I was a kid compared to now, having devices without physical keys to push and lift, though still functioning as sensitive to pressure below the flat screen. The work is composed of individual pieces of text, beginning the same way as the Hail Mary prayer. The words and layers upon layers of the ‘Hail Mary’ also brought back memories of the rite of confession and the verdict of which prayers to recite as penance for their sins. That series of utterance lays before you now, neatly typed and scanned on your screen.

So, I find myself asking, what does it mean to be close? To have faith while being separate from the congregation or the institution? This can apply for religious practices in the age of COVID-19, but also applies as a commentary on longing for something to believe in, yet being surrounded by believers that keep you at a distance. Or a faith that keeps you at a distance. Those acts of prayer and penance affirm that there is a gap to bridge, to the parties you are praying to in addition to the level of goodness you need to attain. DeFreitas marks this sentiment of repetition, a striving to close the chasm in search of a touch, or security, or the boundless love that is promised. Separate from the institutional aspect, what does it mean to be close to those you have lost? How do we maintain those ties, if not through remembrance or communicating to connect?

In the video work, she looms in the resemblance should it be so anxious, DeFreitas captures the subject in relation to light. Gradually, the woman opens her mouth, bit by bit, having the amorphous spot of light move closer and closer. Eventually, her mouth manages to hold the light inside, prompting the response of moving a hand over it, perhaps with the intent to safeguard it within. Of course, the light escapes, onto the figure and upon the hand, shifting its placement as it moves: it is not to keep. Towards the end of the video the woman closes her mouth once more, letting the light rest upon her hands with a certain satisfaction. rather than having it settle within.

As for the display of as it is, or even, perhaps a recitation and emigration, we stay transfixed on the motions of a pair of hands and the flickering of light as it travels through patches of grass. The hands try to follow the movements, working their way toward holding that ball of light within their palms. Closing them like a clam only to find that it remains on the outside, on the surface once more. The hands hold the light before you, presenting it as a gift: “look what I’ve found”, and as viewer I take delight, imagining the warmth of the sun in my own hands and the experience of fresh grass in the summer. These attempts to capture something ethereal, can feel like praying or playing, both fulfilled in some way.

The final video, something else is happening, differs in its incorporation of audio, including the sounds of birds and captioning comments to offer a guided narrative to follow. We read about the witness of light and its journey from the celestial sky to earth. The video documents an experience of the sun, what it offers, and how it changes our way of being. It captures the fear it elicits, yet also recollects the spectacle of beauty and warmth that comes from it.

Between these videos are more scans of the typed ‘Hail Mary’, not including all lines of the prayer but enough to identify it. Eventually the layers grow denser as the lines pile on, and the words seem typed in bold letters, consisting solely of capitals. The words become lost along the way, a recital that shifts or becomes detached from its initial intent. It becomes more difficult to discern which line is written and the names are harder to identify as capitals aren’t readily used. Keys are held, taking up nearly a whole line for the letter ‘l’ or ‘r’, emphasizing words through repetitive taps of the selection. That repetition in the form of taps, or lines, or the prayer as a whole, weaves its way throughout the project.

These acts of meditation in the form of typed prayers and videos with moving light communicate the acts of reflection, with the understanding that consciousness is free flowing in these activities. They aren’t moderated by format or cohesion for a third party to read, it is legible for the participant only – and that is enough. DeFreitas shares these intimate displays of privacy and how it is affected by the light, while also functioning parallel to the relationship with the Christian intercessor, the Virgin Mary. DeFreitas’ thoughtful display grants us an opportunity to be privy to the world as the artist understands it: the glimpses into their streams of consciousness, the meditative act of prayer, the idea of opening yourself up to a greater entity.

Overall, the project proves to be a very rich experience prompting personal reflection and the desire to meditate. As we search for artwork to safely engage with, tofeelclose is a platform to visit during this time. There are currently 11 projects being hosted, it is worth suggesting to visit one a day so as not to take the creativity for granted. Soak it in, reflect and digest their work. 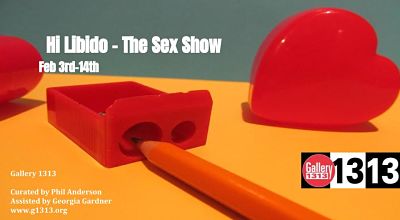 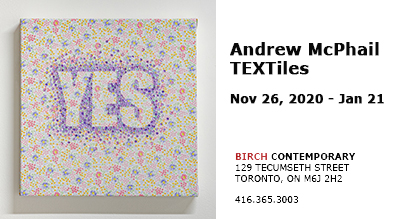