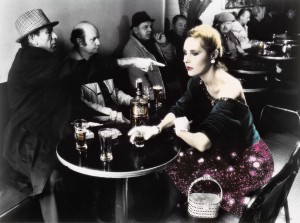 Upon opening its doors under the new ownership in October 1981, the Cameron became a magnet for the most talented and ambitious in the ‘hood. It came together as a kind of social experiment in the form of a hotel, similar to hotels like the Chelsea in New York, but fundamentally different in that it’s reason d’etre from the beginning wasn’t to sell beer and collect rent, but to provide a place for Culture.

As the “rag” trade receded from the area, large industrial spaces became vacant and the inevitable happened; the artists moved in and dominated the cultural ecology of the neighbourhood until the last years of the eighties, when AIDS and heroin shook the community and gentrification tipped the delicate balance.

1981. Painters Gordon Rayner, Gershon Iskowitz, Graham Coughtry, Robert Markle and Gwartzmans Art Supplies were already long time residents of the Spadina and College area. Almost overnight the Queen West and Spadina neighbourhood became dominated by artists of all stripes – dressed in the Queen West signature black leather. “We have more black leather than Queen Street West”, declared an ad on a streetcar shelter. The boundaries of this new art territory could be roughly mapped out as a string of bars starting at College and Spadina with the Silver Dollar  where clientele could see naked performance artists at work. Down the street the El Mocambo, Grossman’s Tavern to King Street and the Spadina Hotel”s “Cabana Room”. Include Kensintgon Market and Fort Goof. Westward to the Horseshoe, the Cameron, to the Holiday Tavern at Bathurst and Queen and South again to King and Bathurst, the Wheat Sheaf. 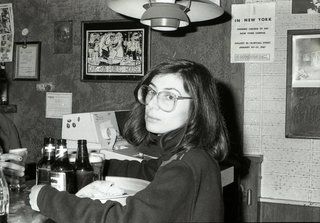 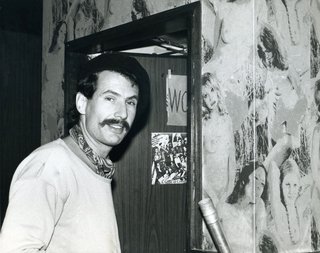 There were many bars and clubs programming cutting edge music at the time, but the Cameron was the first andarguably the only one to see the possibilities of inviting all cultural and social manifestations of the moment into its edifice. During its first years,  siblings Ann Marie and Paul Sannella, and their friend Herb Tookey, took hold of the visual art programming – a term which sounds too formal in the context of the era.  Art was everywhere – on the exterior walls, the front and back rooms, bathrooms, hallways, ceilings. Interesting new musicians and singers were given a venue where they could develop their craft. The Cameron hosted a non-stop stream of fundraising events for the newly formed neighbourhood arts collectives. Given this melting pot environment, it is not surprising a long list of Canadian cultural icons can be linked to the Cameron.  The close proximity of everyone, the availability of a public venue to perform or show work and the necessity of collaboration, brought to fruition ambitious projects like Chromaliving 83, involving over 150 artists representing every conceivable kind of cultural production.  The Cameron was the nerve centre, where Chromazone kept its office.

Molly Johnson and Aaron Davis did a Blue Monday set at the Cameron as part of the celebrations of the show on June27, 2011 Photo: Biserka Livaja

A typical Scenario at the Cameron would have looked something like this: Molly Johnson singing her first Billie Holiday tunes on “Blue Monday”; Molly Johnson as chambermaid and resident: Handsome Ned singing “Put the Blame on Me” spine chilling; the Parachute Club raising the roof; Mohjah who brought Reggae directly from the Islands; loud ‘art’ bands; and ART. 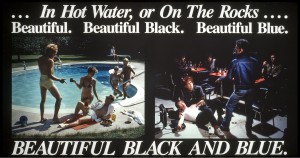 Jenny Holzer’s lists upstairs as décor; I Brain Eater’s painted piano; Napoleon Brousseau ants on the sides of the building; the exterior murals; Sybil Goldstein’s baroque punk ceiling; constantly changing art on the walls; poetry readings; Video Cabaret’s Hummer Sisters running for mayor with their campaign slogan Art vs Art, (coming in second to Mayor Art Eggelton). Actors, writers and directors from Theatre Passe Muraille down the street, meeting and drinking; artists drinking after openings at the new galleries  – YYZ, Chromazone, Mercer Union, A.C.T., A Space, ARC. The hot and famous – Billy Idol and his entourage dropping in after hours to hang out. 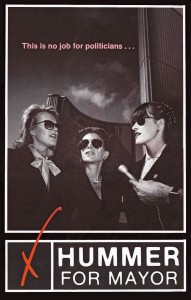 The old guys from the Second World War who still came to drink draft every afternoon. Rosedale art connoisseurs looking for art with their newspaper reviews tucked under their arms.

The first visual art commissioned by the Cameron received good reviews and brought it to the attention of  the press and the arts community. In the back room were my paintings, commissioned by Herb for the Cameron. In the front room Eldon Garnet’s Privacy Show.  On opening night Carmen Lamanna sat with Joseph Kosuth both wearing dark Italian suits, smoking cigars under my Halloween paintings in the back room, bringing the world of high art definitively to the Cameron.

1987.  The project which probably best underlines the result of this cultural blending was a play titled Tragedy of Manners, commissioned by TPM artistic director, Clarke Rogers. The author was writer and art critic, Donna Lypchuk, best known for her long running column Necrophile in Eye Weekly,  who really rattled the cage when she based characters in her play on actual people in the art scene including herself. The setting: Halloween night at the Paradise Hotel (the Cameron Public House). The cast: 42 characters, played by mostly non- actors who were known personalities in their own right, piled on even more irony. 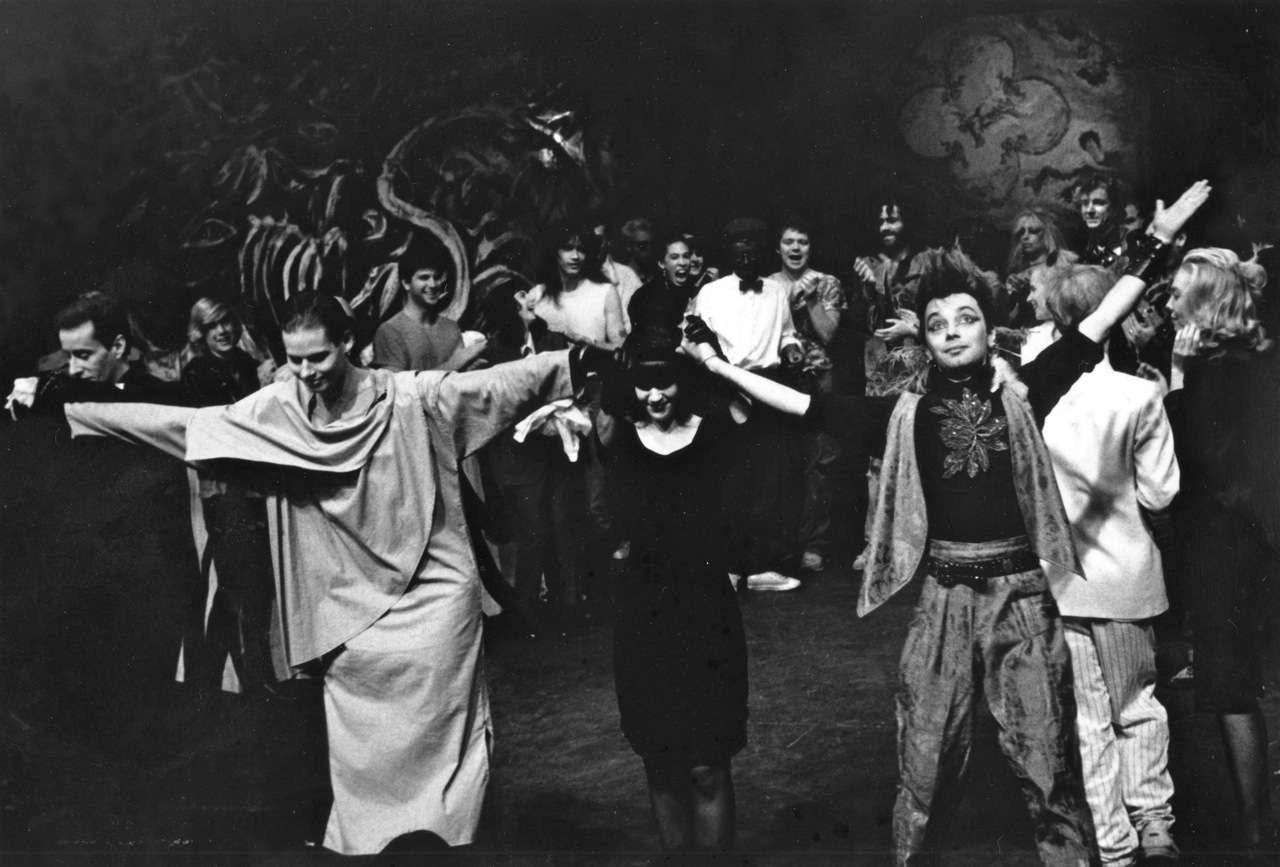 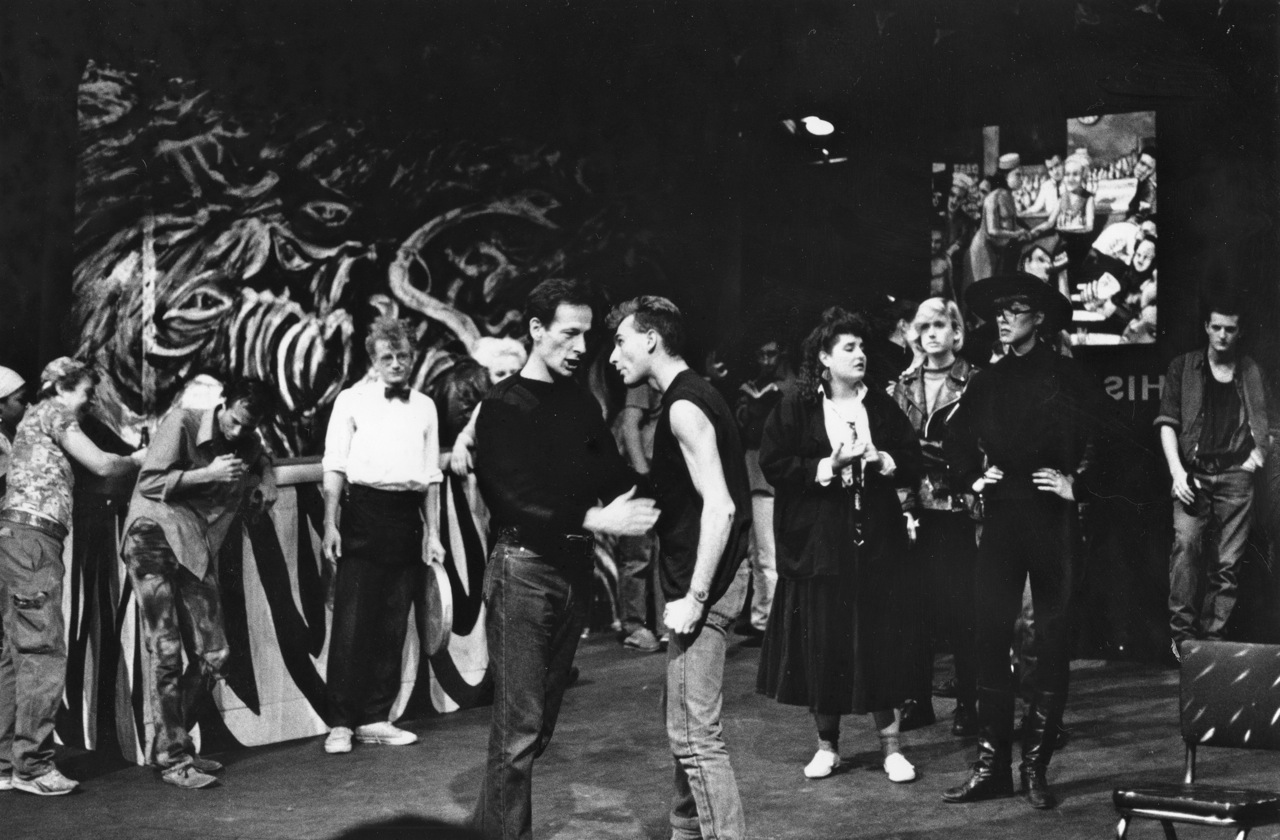 Looking back now there was a prescience about this play.  Amid its grandiosity and ambition real tragedy was lurking. The characters personified death and decay and the corruption of body and spirit. 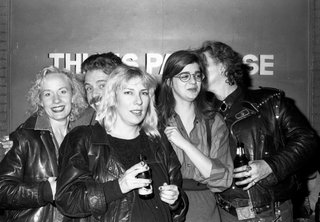 Love is unrequited, and gossip and pettiness rule.  There is no redemption, only purgatory waiting for Hell. In the space of a year, Ned died accidently of an overdose, and many were becoming addicted to heroin. AIDS cruelly took the gracious and remarkable Tim Jocelyn from us. And many of our friends were becoming ill.  As the mythology of Queen West grew, so did the rents. Artists began migrating farther West, some even left town or just disappeared. 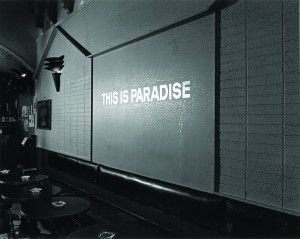 Clarke Rogers hired me to design the set. True to the script, I created a surreal version of the actual Cameron including within it Tom Dean’s hand painted THIS IS PARADISE on the walls of the bar, but in reverse because the audience was in fact looking into a mirror at themselves. Art imitating Art imitating Life imitating Art. Donna Lypchuk’s ironic and scathing dissection of the Queen Street West art scene could not have been possible unless the halcyon days of Queen West and the Cameron were suddenly, over.

2 comments for “This is Paradise | Place as state of mind:The Cameron Public House and 1980s Toronto”