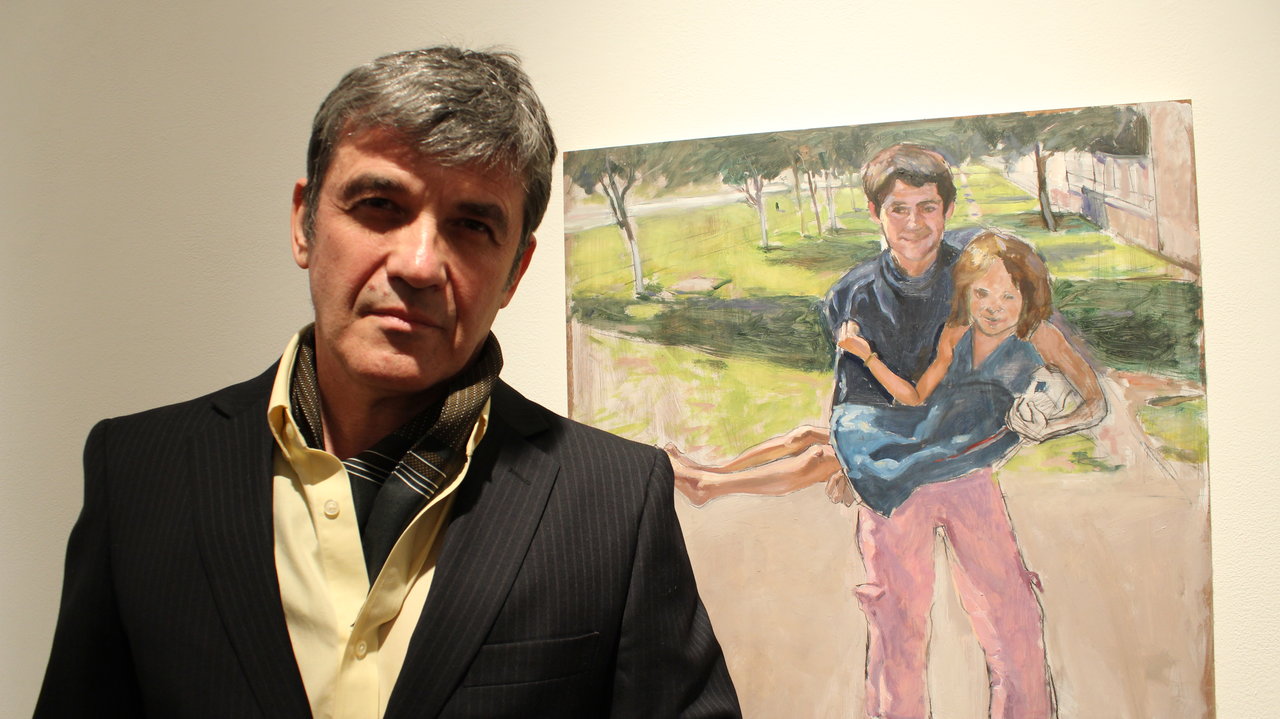 G.S.: When you came to Canada in 1993 your artistic presence became very visible from the first show because of your unique style: using wallpapers and other textile like material as background for your realistic, painted figures. Lately we are seeing more drawings even etchings? Are you changing your style?

S.H.: When I first came to Canada in 1993 my work became visible because I was commenting on pop culture with the fresh eye of an outsider. Using different techniques and materials I have tried to experiment with painting beyond what we know as traditional oil on canvas.

Even as a young artist I was interested in making my paintings look fresh and immediate and I think that continues in this exhibition at Paul Petro Contemporary Art. It is not the changing of style but rather the changing of the surface on which I paint that gives my work that element of freshness. I used Masonite boards and oil paint to achieve the non finito concept for ‘’paintings resembling drawings’’. 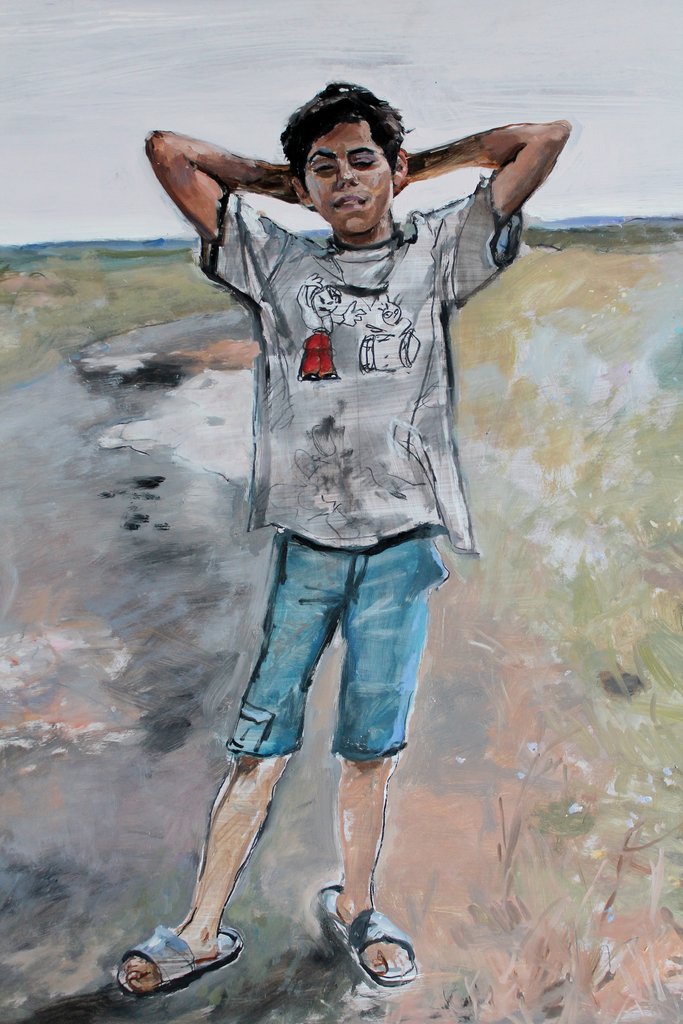 G.S.: You travel a lot and divide your time between Serbia and Canada. How has travel influenced your practice? Do you have an equally successful carrier in your homeland too? How is the art life there?

S.H.: By the time the War began in Former Yugoslavia I had already established myself as an artist and had a successful career with over 10 years of practicing art. My work was exhibited and became a part of all major museum collections. When Yugoslavia separated my work ended up being scattered in the collections of different countries; Bosnia, Serbia, Croatia, Slovenia…  When I moved to Canada I worked very hard to prove myself here. When I established myself in Toronto I figured that I needed to re-establish my career in the newly formed countries of my former Yugoslavian Art Scene.

Travelling became an integral part of my career and in the past ten years I’ve had traveling shows in the Balkans but also in Western Europe. I’ve also been fortunate enough to reside in art residencies in Barcelona, Paris, Cuba and Serbia and from these travels I have collected materials for many of my new works. Because of those experiences my inspiration switched from the Center (popular north American culture and urban life) to Periphery (outer edges of society) . 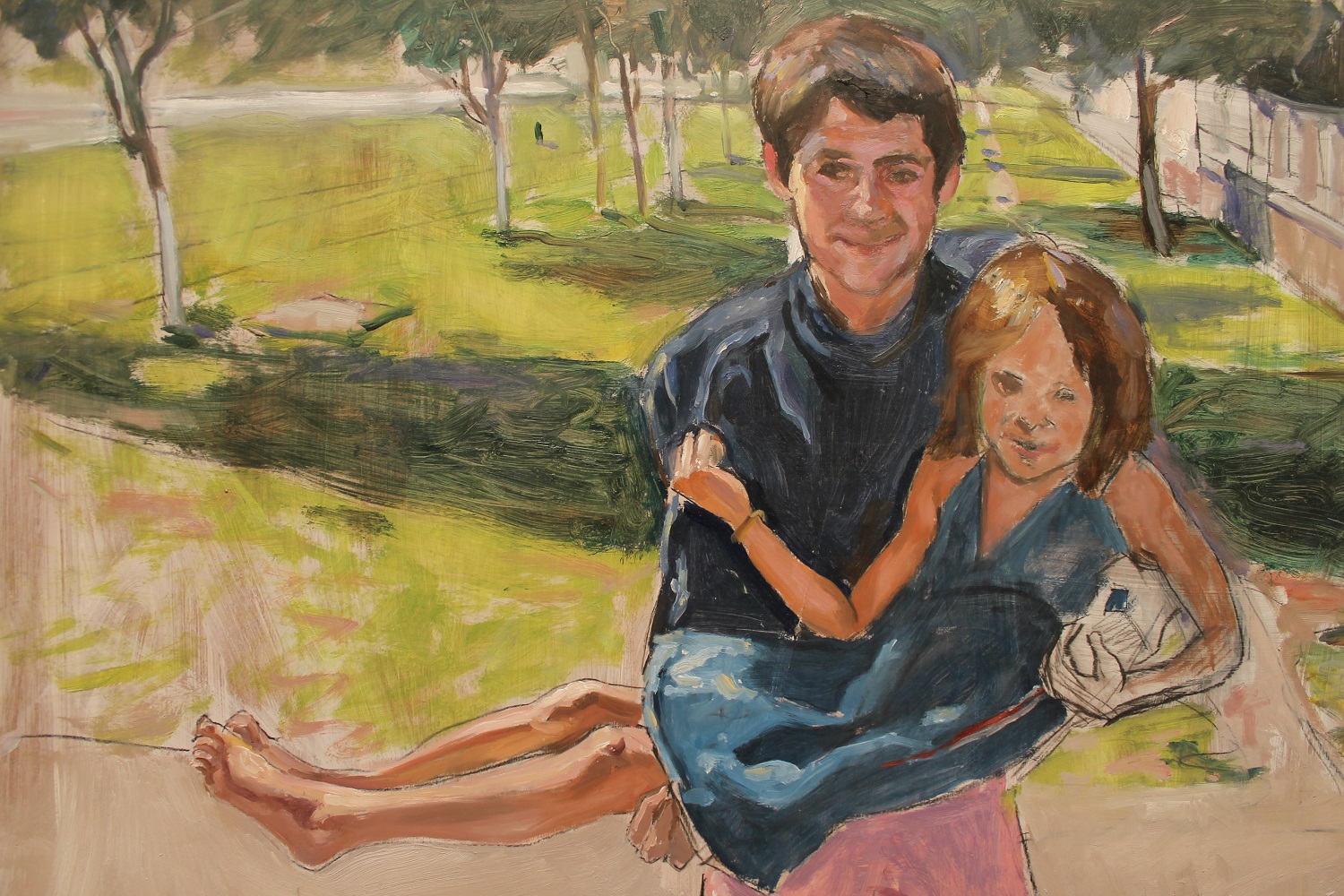 G.S.: What message would you like to send through this body of work?

S.H.: My body of work is not a political statement, rather a visual memory and feeling I experienced while interacting with the people in their own community. I believe that this new body of paintings portraying the Romani people will continue the work I began in Cuba, and will provide a new perspective on people who have been marginalized throughout Europe for centuries. 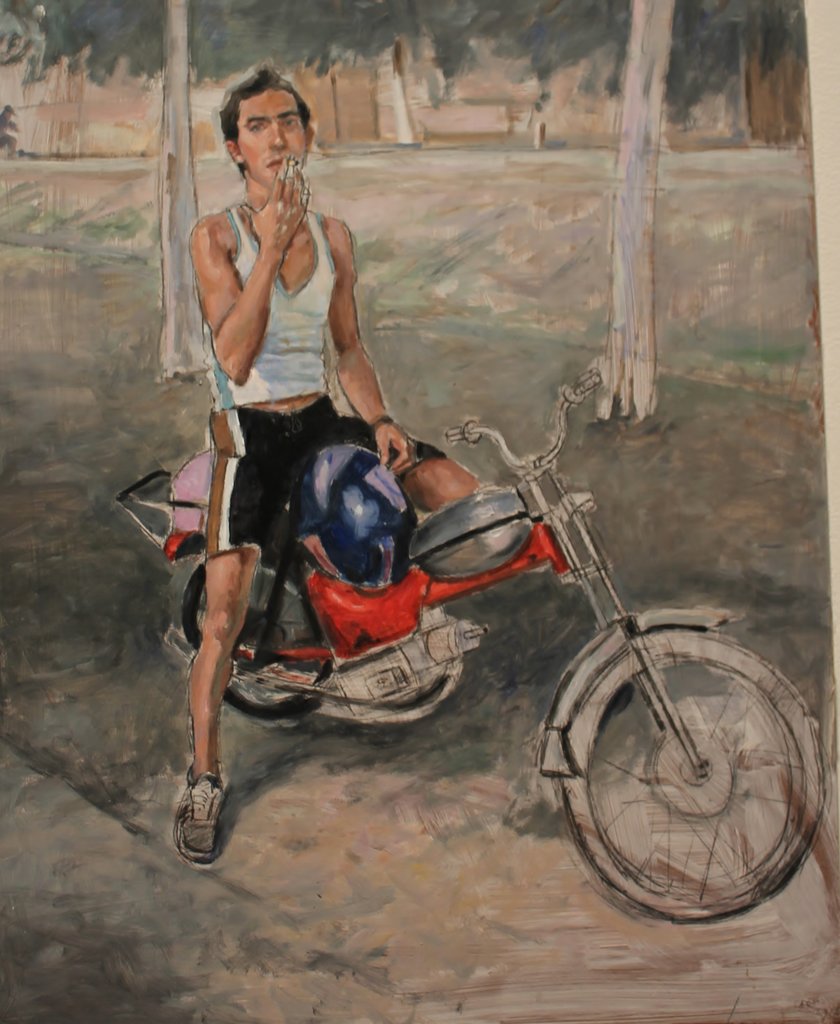 G.S.: Your work plays with non finito, wavering between unfinished lines and resolved images, like a subject’s detailed Crocs shoes. How do you know the piece is finished?

S.H.: I am just following my instinct. You never really know if a painting is finished but you feel that it is. And I go by that feeling. 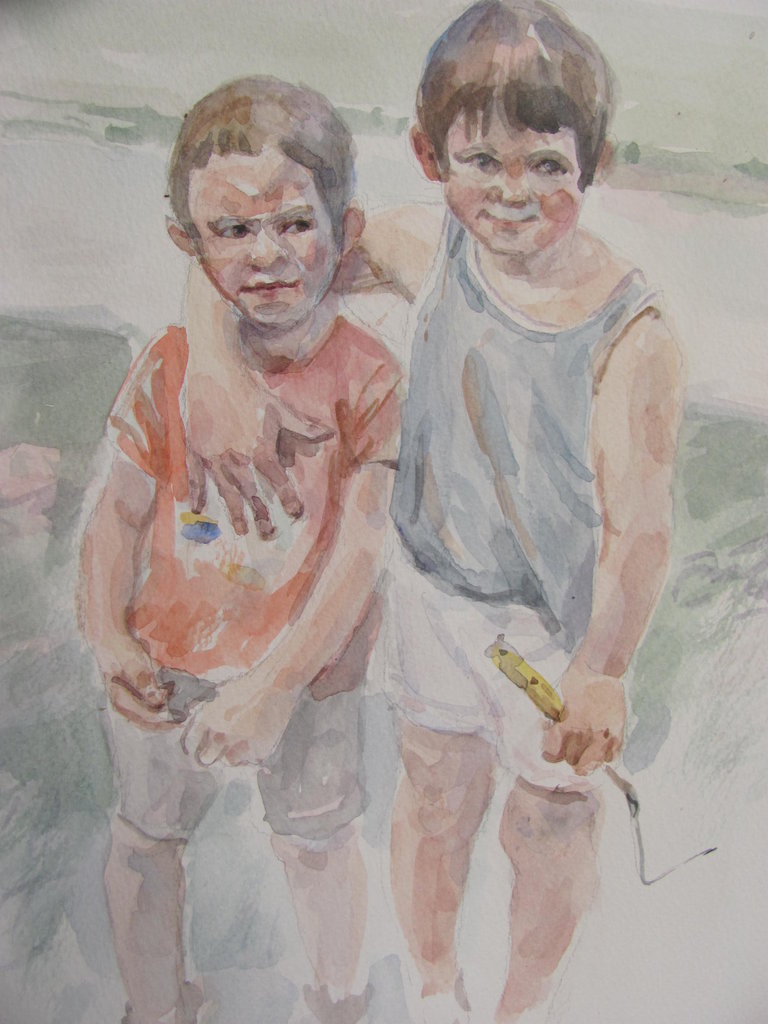 G.S.: What are your biggest challenges to creating art and how do you deal with them?

S.H.: The biggest challenge in being an artist is to keep the same passion and desire to work consistent after thirty-five years of practicing art. I always try to channel the excitement and enthusiasm I had when I bought my very first watercolor set at fourteen years old. Ever since that moment painting became completely incorporated into my everyday life and those challenges have kept me motivated throughout my career. 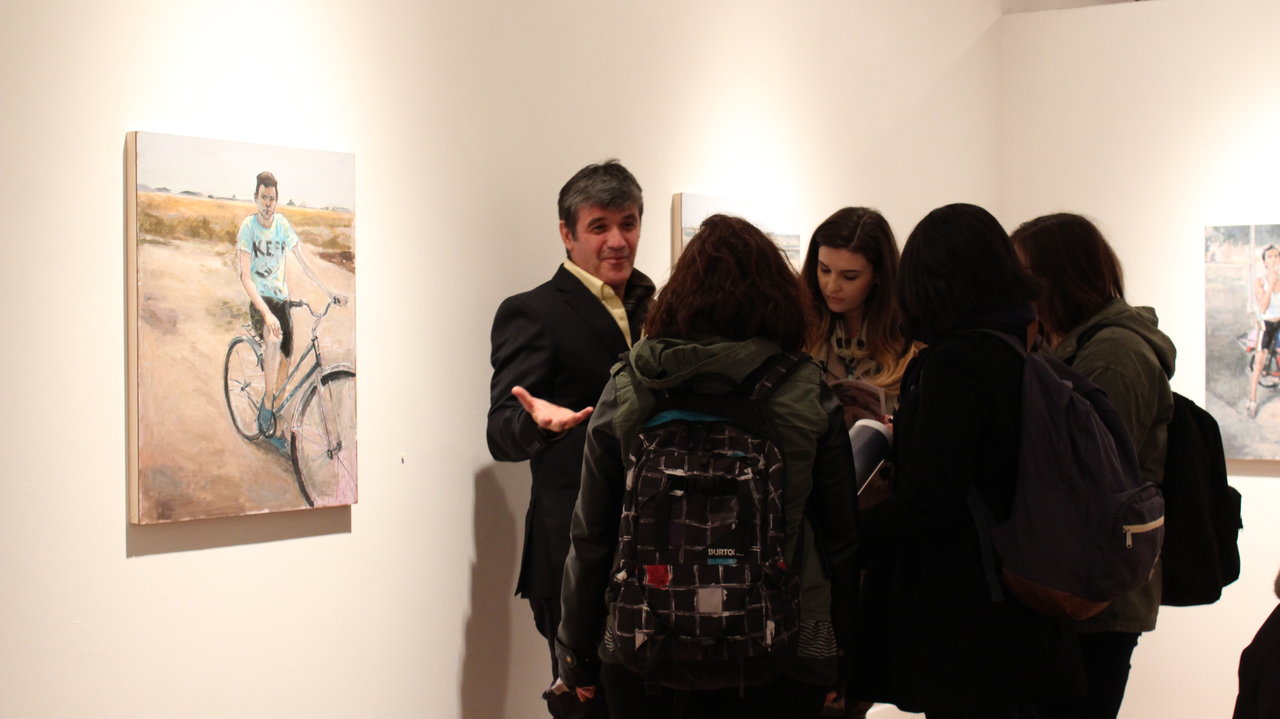 G.S.: What are your plans? What can we look forward to?

S.H.: My work (presently on display at Paul Petro) will be presented in a solo show at Georgian College Gallery, Barrie, in October 2014. The same show will travel to Serbia to be exhibited in the Cultural Center in Belgrade in 2015.