Based on the works of nine artists Tau Lewis, Nadia Gohar, Michelle LeFade, Maya Fuhr, Dafy Hagai, Claire Milbrath, Rebecca Storm, Neva Wireko and Yulia Zinshtein, the ‘female gaze’ is one not defined by voyeurism, instead it demonstrates intimacy and acceptance. Body Talk is installed at Project Gallery’s Munro Street location. The space is small and narrow with a group of studios in the back presenting a challenge to curators Maya Fuhr and Devan Patel to not have the gallery space seem secondary. Hung in a line down what feels slightly like a corridor are twelve photographs all printed in twenty by sixteen inch formats and in the backspace are two sculptures and a small sculptural installation.

The main sculpture of the installation by Tau Lewis is titled “Submerged Woman” (2016). The work includes a bathtub-sized door fitted with a large piece of glass on which fragmented figurative casts, made of polyurethane resin, are attached. The female figure positioned upright looks as though she is floating, surrounded by water, the rest of her body invisible from the surface. These fleshy impressions would also be visible on a naked body pressed up against glass. The presence of the female form, a ghost-like impression, is reminiscent of the taxing impressions made by Ana Mendieta for her earth-body artworks. 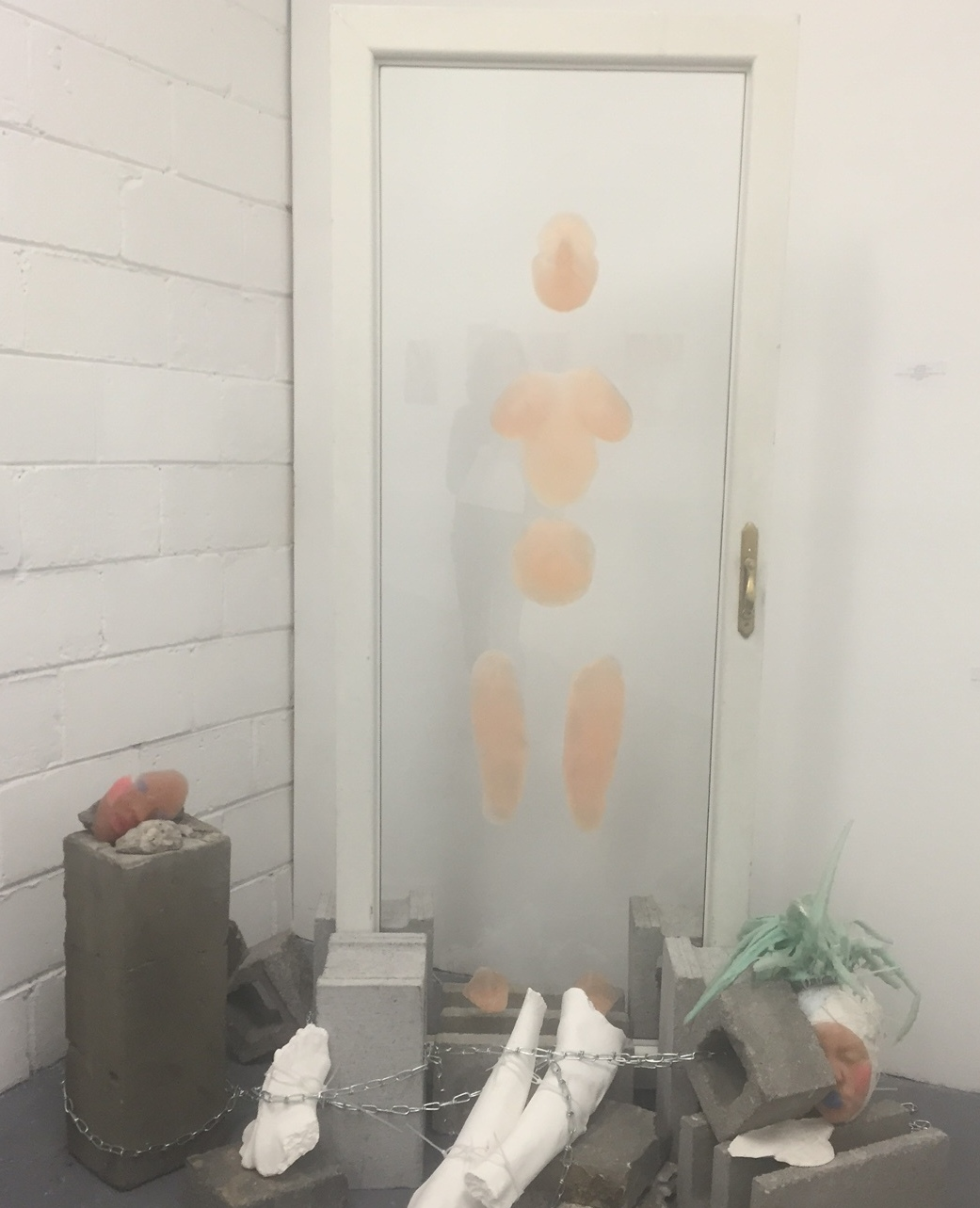 A smaller sculpture, “Birth of Venus” (2016) by Nadia Gohar, includes small, white wood blocks, a shell and one squiggly wire presented on a shiny black plinth. The three components that make up the goddess figure are far removed from Botticelli’s voluptuous stereotype with tender eyes and mermaid hair. The abstraction of the figure, female by association, allows any of us the space to imagine ourselves in the place of Venus. 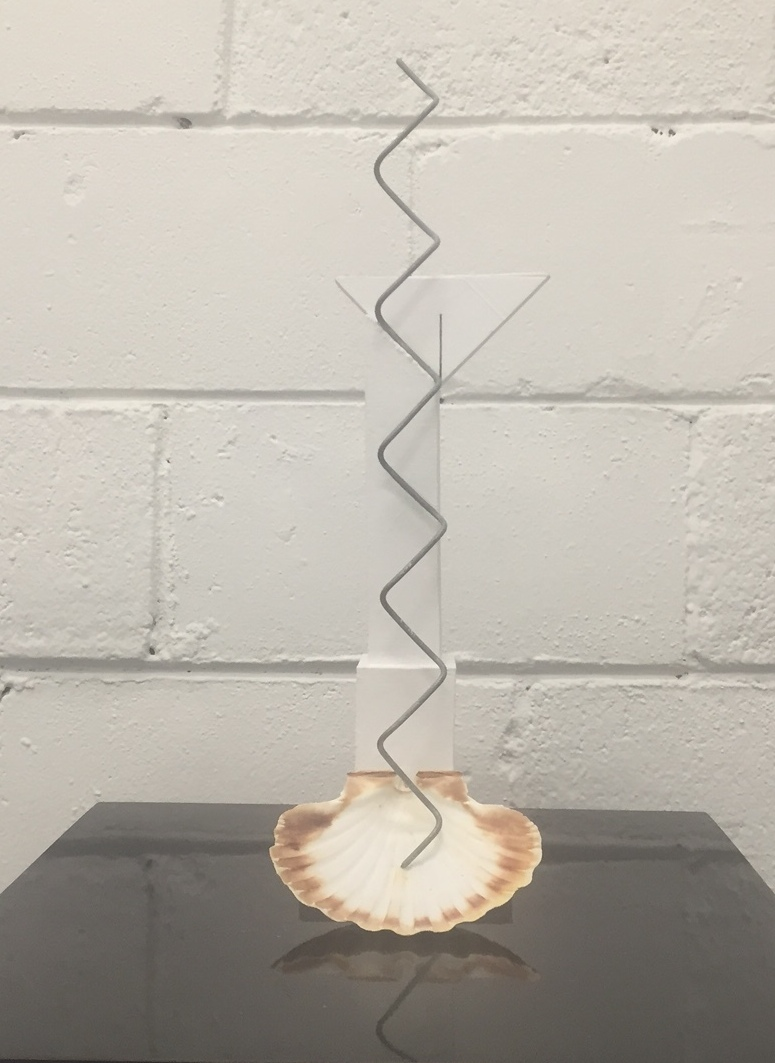 The photographs of the female form communicate power and comfort even as they depict exposed intimacy. Despite the acceptance of sexual shortcomings and the confidence of the self imposed poses communicated through these images, there are still subverted expressions of commodification, violence, body dysmorphia, and biological imperatives. Each artist expresses an honest connection with sexuality in variations on the physical, mental and emotional impact of desire to which I imagine most people identifying as female could relate. Four works in particular confront problematic sexualized stereotypes by asserting ownership over them.

In the photograph “Fruitful” (2016) by Maya Fuhr, a bare bottom and rolling hips are framed against a background of fruit print fabric. ‘Fruitful’ being a metaphor, attributed to the proclivity for reproduction, has a physical stereotype defined by the phrase ‘child bearing hips’. This phrase undermines the sexuality of large hips by giving them a purpose that happens to include sex – unlike the sexualized narrow waistlines of the female figure in popular media. Maya Fuhr reclaims this stereotype through the literally fruit-full background, so that the hips can be liberated from practicality to express beauty on their own.

The self-image of female sexuality is the primary context for the ‘female gaze’ in this exhibition, but artist Claire Milbrath presents another interpretation in her photograph. The close up of a penis is falls within the scope of the female gaze. Women were the defining subjects of the ‘male gaze’ for most of art history. They were often painted as unaware or asleep during his gaze that was thereby defined as voyeuristic until Titan painted “Venus of Urbino” (1538) and Manet painted “Olympia” (1863) in which the nudes returned their gaze. Even then, through the implications of marriage and the context of prostitution, the ‘male gaze’ continued to imply ownership. Milbrath’s photograph presents a gaze upon the male form that also implies consent, and admits the desire for intimacy, posing the question: can a woman gaze upon the male form in an equally sexualized way without succumbing to voyeurism or ownership?

In the photograph “I Could Be Your Muse” (2016) by Yulia Zinshtein the female gaze is not of the photographer, it is of the subject who in the rebellious tradition of Venus and Olympia, challenges the voyeuristic gaze. A pose of vulnerability combined with an indifferent stare against a bubblegum pink background visually invites the viewer to linger. But any inspiration to be gained is made sexual and masculine by the icons Playboy and the Marlboro cowboy that appear next to her.  She does not look pleased, nor does she look enthusiastic, and her invitation to be used as a muse seems nearly reluctant. She does not let anyone feel comfortable to use her, only challenges them to do so. 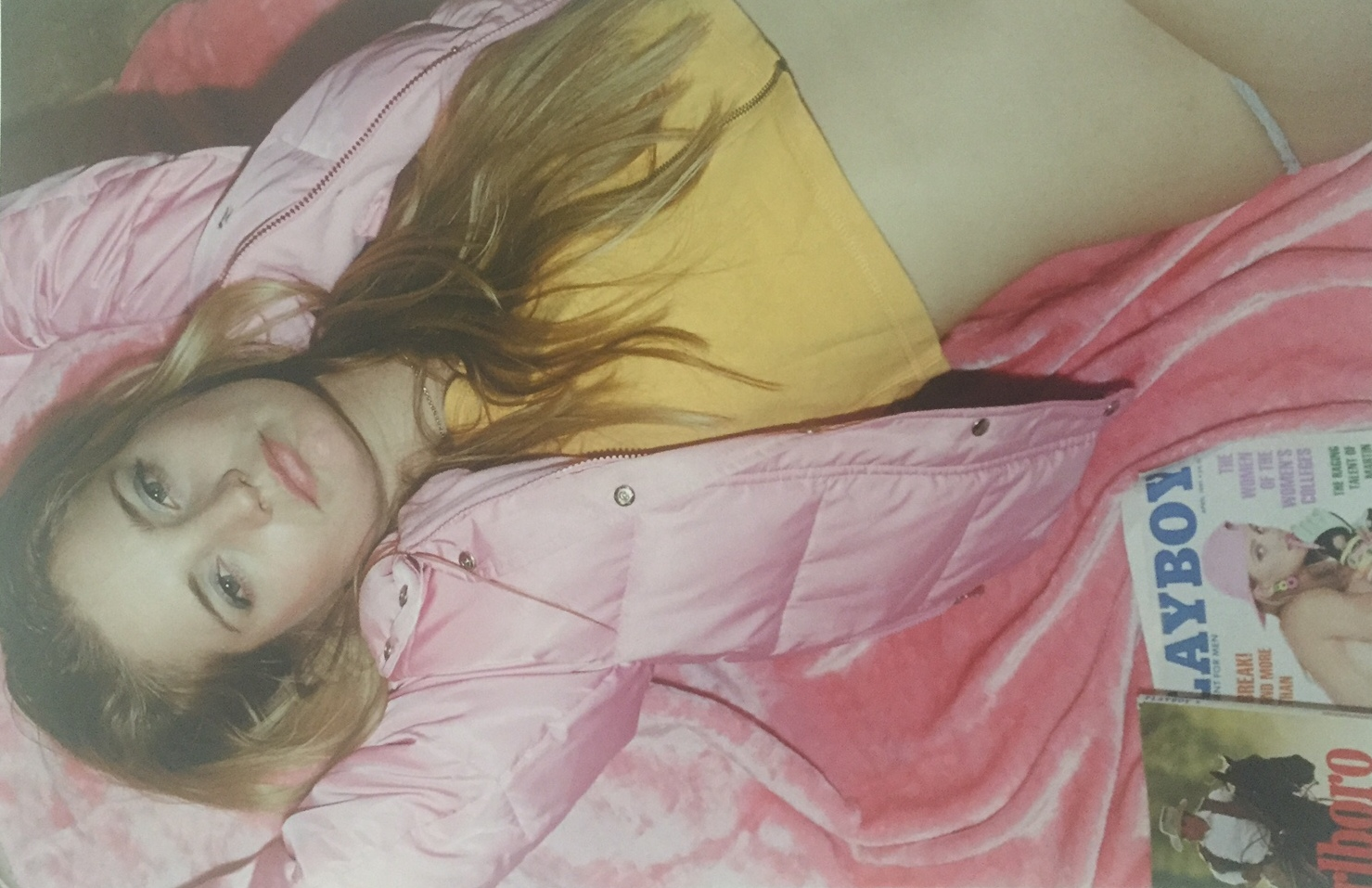 Finally, the photograph “Trying to Be Sexy” (2016) by Rebecca Storm includes one unshaven armpit with lace next to one callused foot.  Photographs of body parts removed from the whole or torsos cropped from their heads have been criticized for sexualizing their subjects (often female subjects in the context of this criticism) as it allows for fetishizing. Choosing two commonly fetishized body parts and shown together, Storm’s photograph fits into this same category of image. However, she does not manicure and edit these body parts to a sanitized level of appeal and she includes an aspect of current feminist discourse around not shaving. In doing so, her work does not deny the sexuality of an armpit or foot; it only reveals the farce of a fetish based in image.

The space is not large, but the conversation around the female figure in Art History and Contemporary art as it relates to sexuality and self-expression is always worth supporting. The connections made above to aspects of feminism, history and sexuality are projections made by myself and are not explicitly stated by the artists, but further personal connections feel invited by the art works. Project Gallery successfully allows the character of each artist to speak for itself without any generalizations about the experience of being female, while also maintaining a succinct curatorial vision.