Jordan Broadworth’s rigorous repetition and layering of ambiguous forms and lattice patterns recall the complex city. With no certainty of orientation, scale or place, each painting can be understood from multiple perspectives. The series can be regarded as set of aerial urban schemes capturing the order and disorder of the city as well as the constant motion and concentrated light of the urban metropolitan. Or this group of paintings can be understood as a series of face-on images capturing interactions between objects and atmospheres in receding space. Regardless of the viewpoint, the impressive textured representations demonstrate the visual complexities and sonic cacophonies of the urban environment. The multifaceted interactions between object, nature, human, sound and space in time implicate the work. 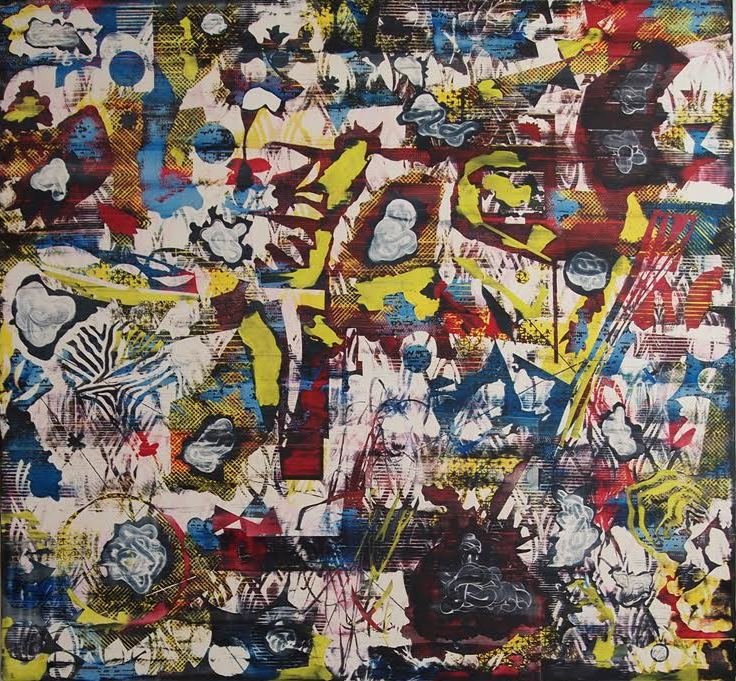 The painted series is composed and manipulated before the paint dries, increasing the interrelation between layers. By experimenting with different application tools Broadworth maintains differentiation between layers, with larger patterns overlaying more intricate repetitions. Permitting the unexpected, colour becomes affected by the opacity of it’s application. Each layer is an individual colour representing a single layer of information. The layers of information further parallels the layering of city systems. 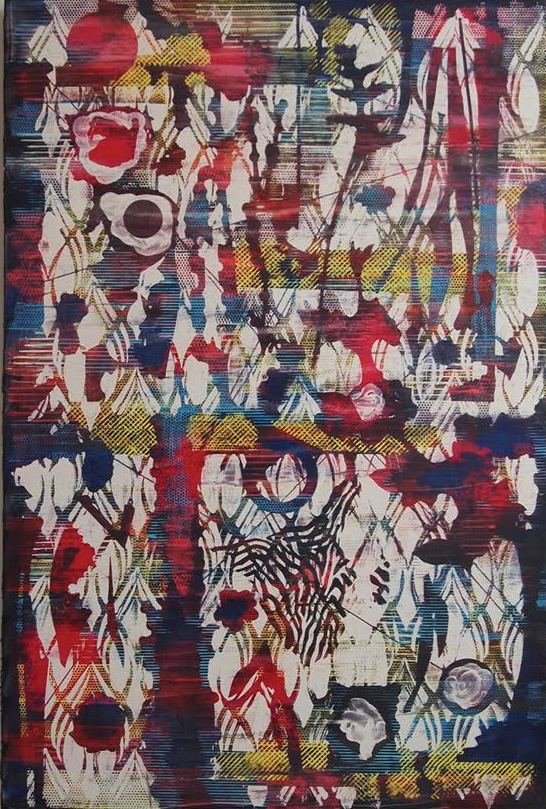 The urban experience is made up of a collection of permanent and temporary occurrences. In representing spatial complexity in time, increased noise appears. Appearing like a time-lapse, these works present a variety in solidity and transience. Broadworth’s artwork evokes multiple possibilities of urban narratives with various natural and artificial, haptic and digital motifs and patterns. Dispersed elements become dispersed typologies, a network of light, nature, personal object and infrastructure. The vibrant collection is united by it’s layered complexity and variation. Urbanity is both mediated and unmediated. These complex compositions, in their process and final form evoke the determinability and uncontrollability that arise in the city. 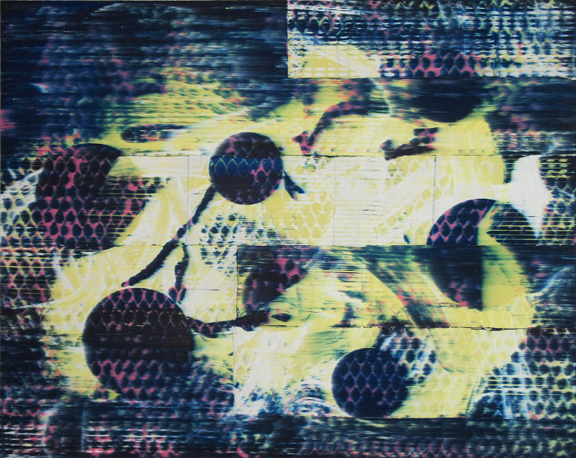