Light Passage exhibits a number of Keita Morimoto’s captivating paintings which use light to create a sense of atmosphere and emotion. The artist’s use of Toronto as inspiration is inviting to the local viewer, while his placement of anonymous figures alter that familiarity. Morimoto’s intimate relationship with Toronto breeds a feeling of nostalgia through his diligent representation of the city. His use of light injects drama into the canvases, a technique he learned from studying the Old Masters. 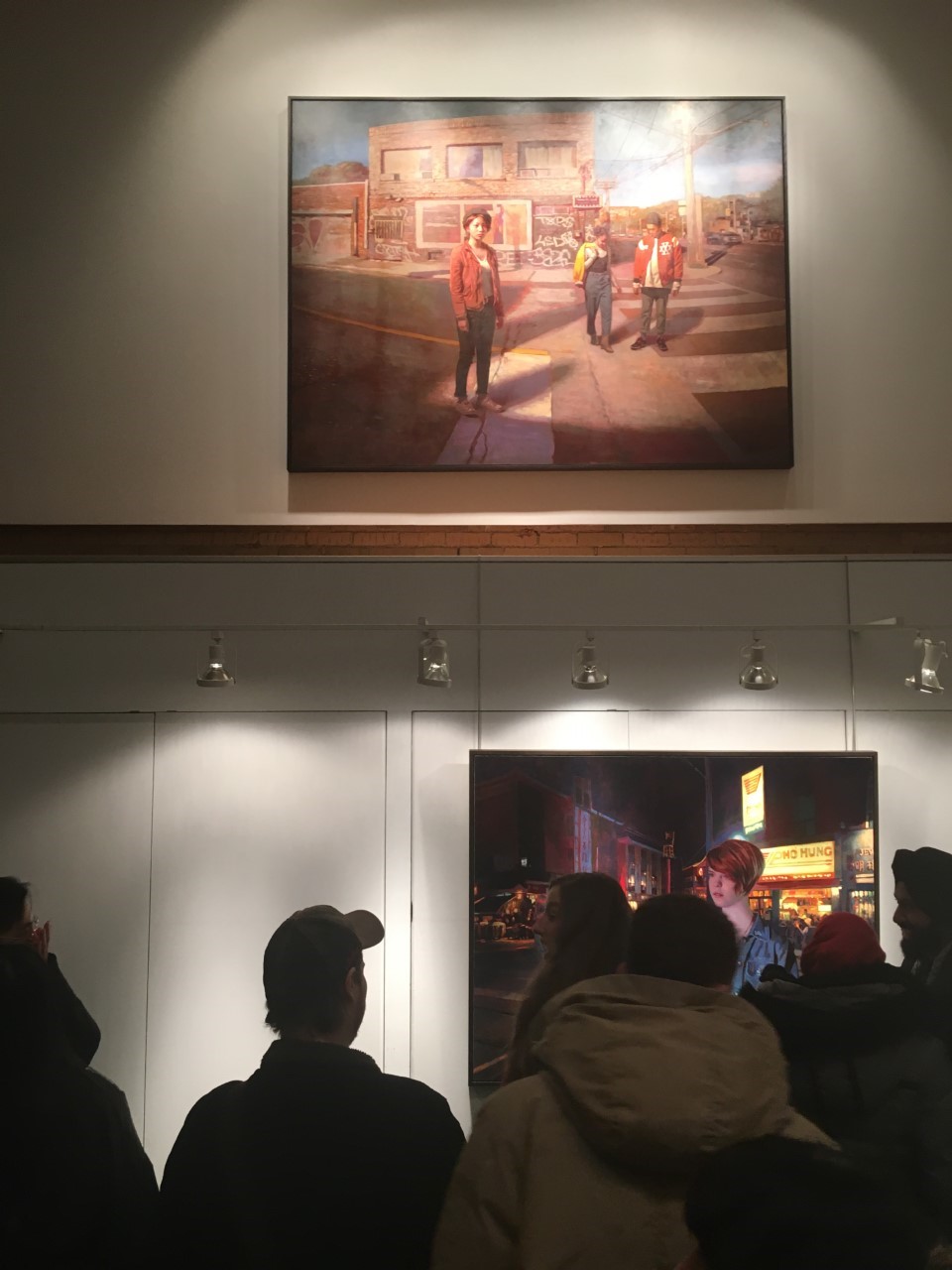 Morimoto produces canvases that reflect the gaze of Torontonians across the city, so the locations of his paintings feel familiar. In “Fruit Market,” a recognizable intersection is captured with a couple in the foreground. It is as if the artist has captured a particular moment; and at the same time showed us how  spaces can be altered with the presence of people.

A beautiful small size painting challenges the perception of vast cityscapes. “Viewpoint” showcases the artist’s ability to emanate grandeur on a small scale canvas while demonstrating a sophisticated rendering of light. Overlooking the city, the pink glow of the sky suggests a sunrise along the horizon beyond the depth of the metropolitan core. 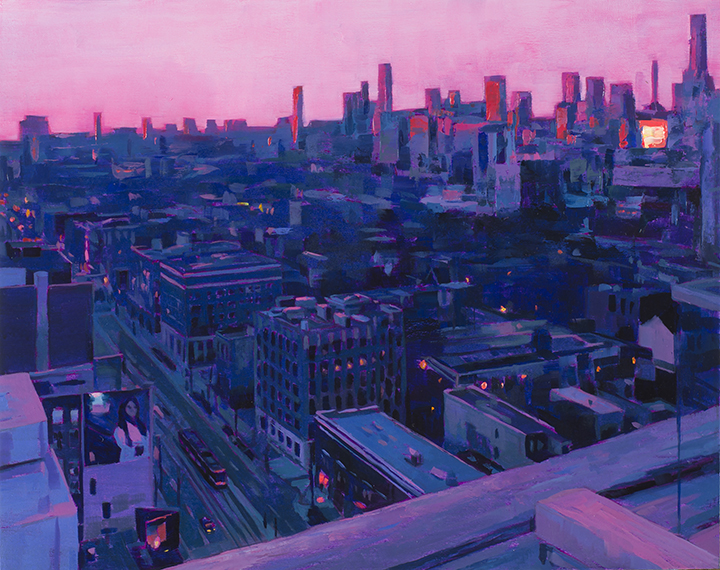 Morimoto’s night scenes are also intriguing as he uses the glow of light in the nighttime to generate drama on the canvas. As demonstrated in “Arrival,” the illumination of the streetcar entices the viewer to peer into the passenger train, while the figures in the foreground lose focus in the darkness of the night. This harmonious contrast between light and dark is found in several of Morimoto’s paintings, and adds suspense and depth to his works. 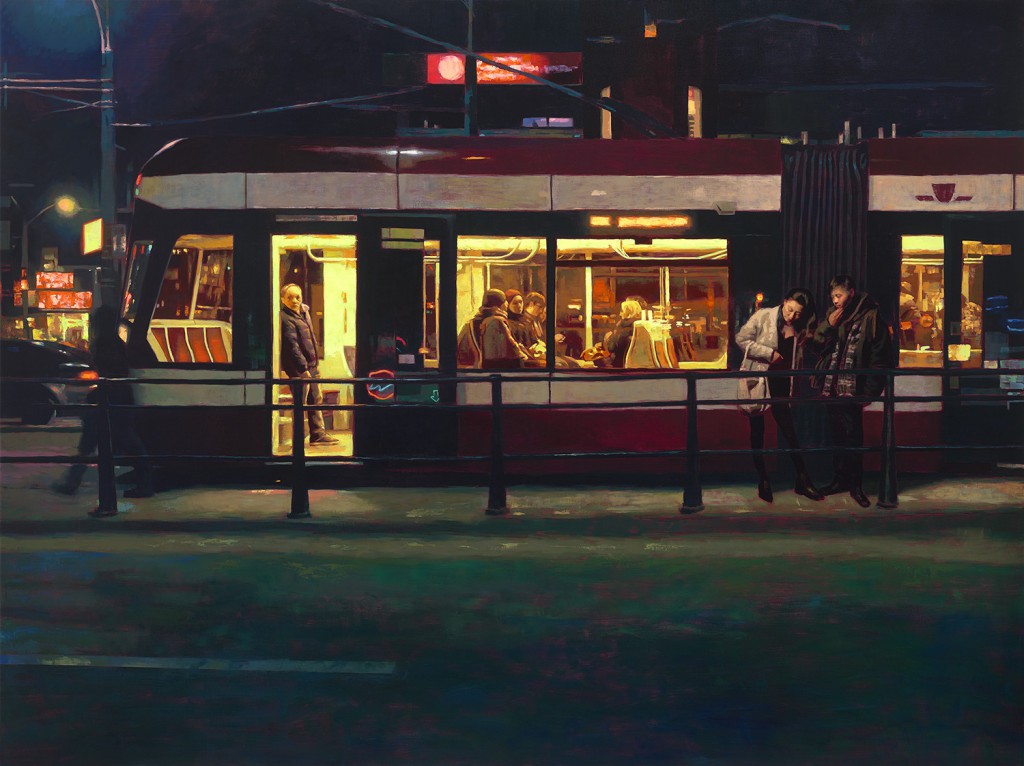 The beautiful paintings in Light Passage generate a fond recollection of past memories, creating a sense of nostalgia.