Given our current technological advances, it is often easy to neglect the past and take many early discoveries for granted. Photography, which gave enthusiasts and artists the capacity to precisely mirror reality, became a defining invention of the Industrial Revolution that subsequently progressed to our present day. In its most primitive forms, light was rendered onto photo-sensitive surfaces, such as silver-coated paper, to produce a negative image. The addition of film strips, chemical processing, and digital rendering made this process more widely-accessible, effective, and immediate. However, throughout this history, photographers have sought to test the boundaries of this technology, pushing to instead create their own reality by employing photomanipulation and imaging techniques. Bill Jones’ Waking Dream traces the history of documentary and artistic photography through his own works, striving to simulate the same haunting effects through digital reproduction. 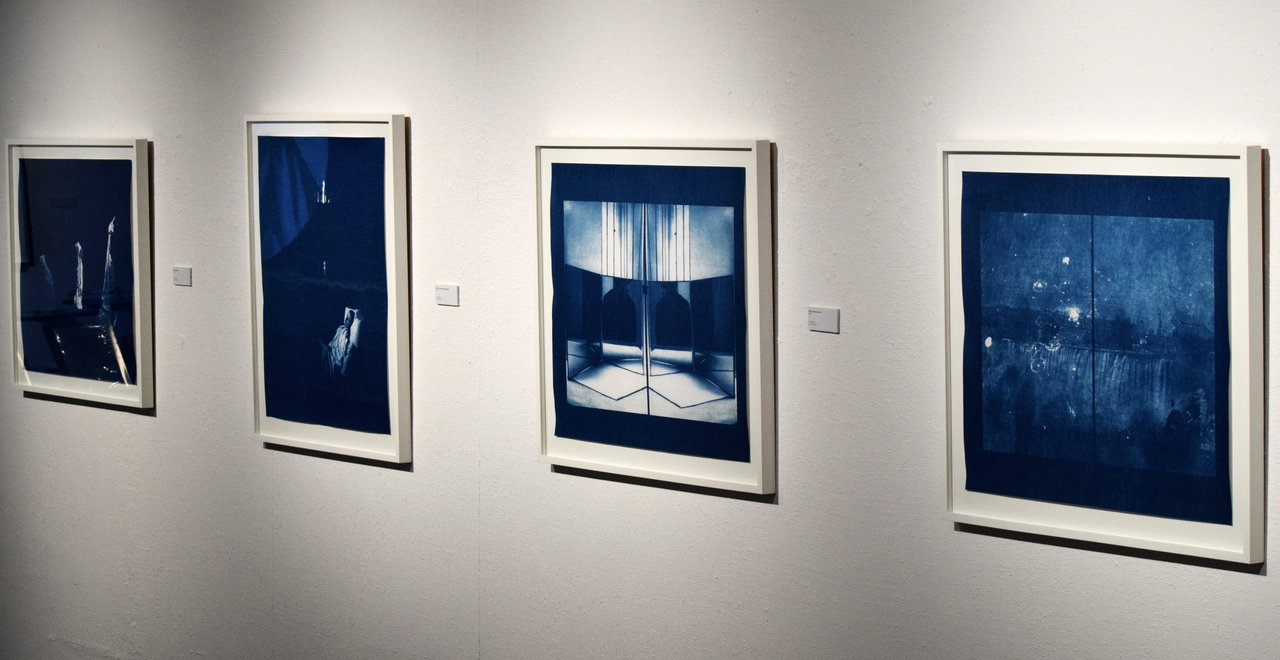 Waking Dream, which is the namesake of both the exhibition and the focal piece, references a 1993 exhibition held at the Metropolitan Museum of Art named “The Waking Dream: Photography’s First Century.” Its premise was to demonstrate, through a collection of historical photographs by industry pioneers, the medium’s capabilities at coalescing the past and present within a single moment that perfectly captured the artists’ experience. Taking this inspiration, Jones presents a video installation that commemorates these 19th-century advancements and their innovators. Among these, he emphasizes the contributions of photographers Eadweard Muybridge and Henry Peach Robinson. Muybridge was responsible for the notable Horse in Motion series that pioneered motion capture techniques, while Robinson made use of overlapping image stills to portray complex scenes, popularizing composite photography. 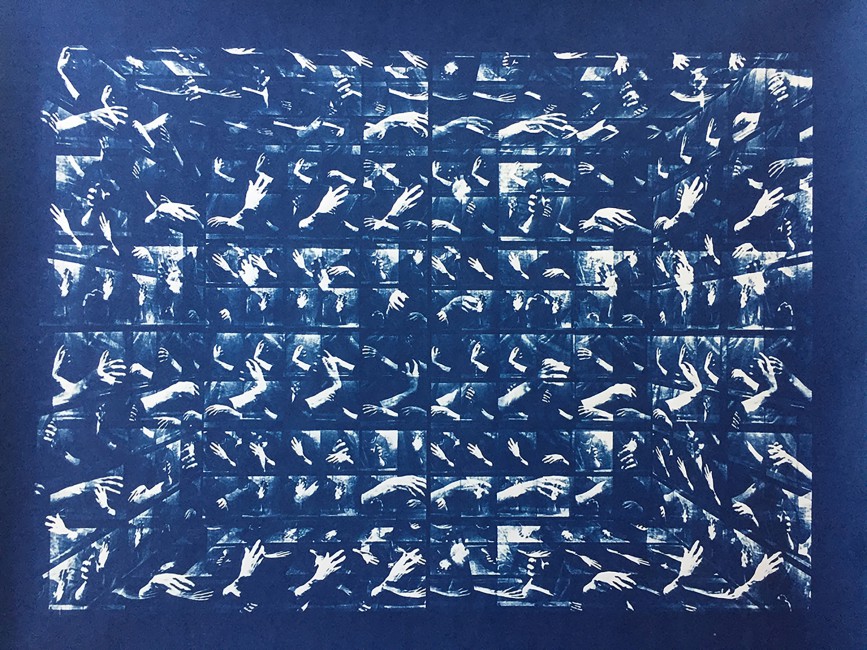 Bill Jones, After Eadweard Muybridge, 2017. Cyanotype. Courtesy of the artist.

In Jones’ Waking Dream, various elements inspired by these artists, most prominently Robinson’s controversial depiction of a supposedly dying woman within a fabricated scene, are digitally layered. Ghostly images of other photographs history are seen superimposing one another into a visual history of the medium, accompanied by Jones’ own musical score inspired by the 1893 folk song “Kathleen Mavourneen.” Using specialized video editing, both the visual and auditory components of this piece are seamlessly interwoven perfectly synchronized to deliver a captivating sensory experience. 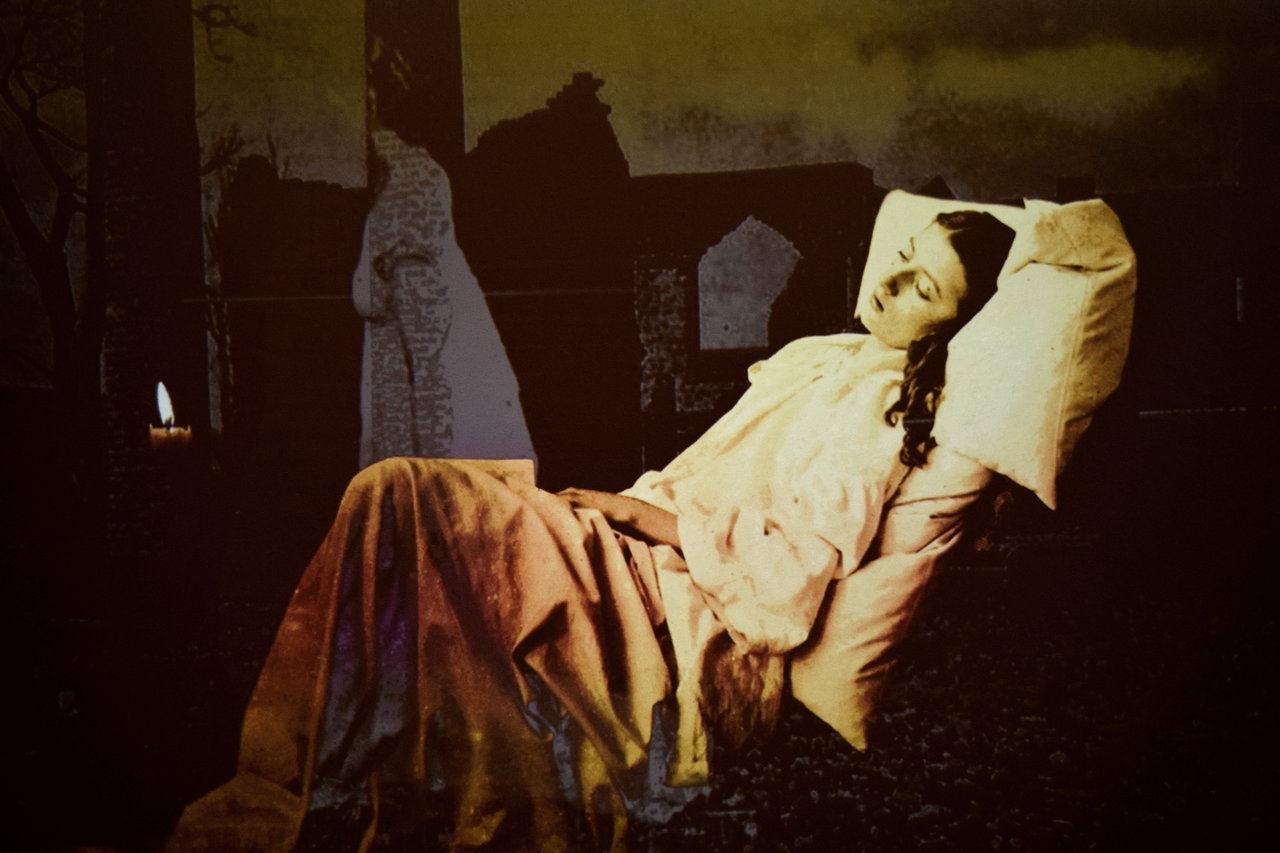 Apart from video installation, Jones goes on to include a collection of accompanying photographs and artifacts that further replicate the history of photography. Cyanotypes, stereoscopic viewfinders, carte-de-visites, personalized portraits, and black-and-white images scour the space. Ranging from the abstract to the naturalistic, the sheer variety of the medium and its seemingly-limitless possibilities are resonant. 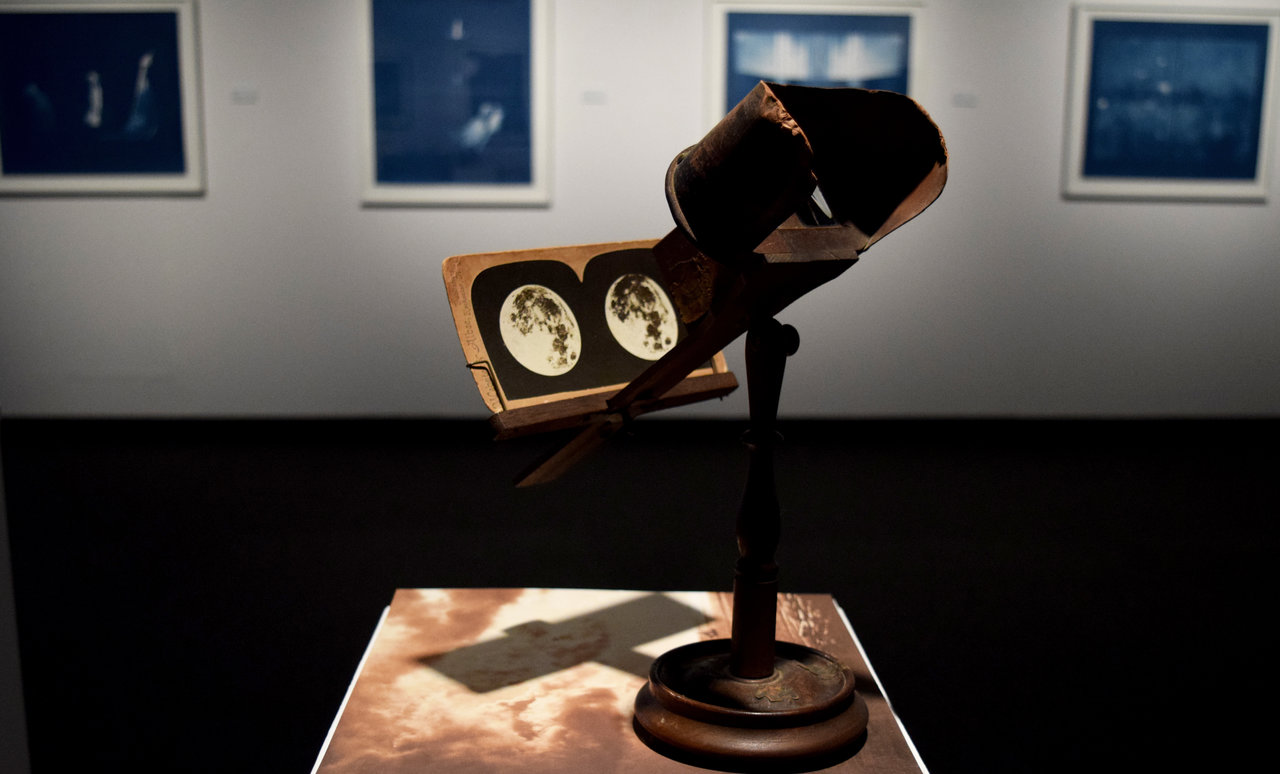 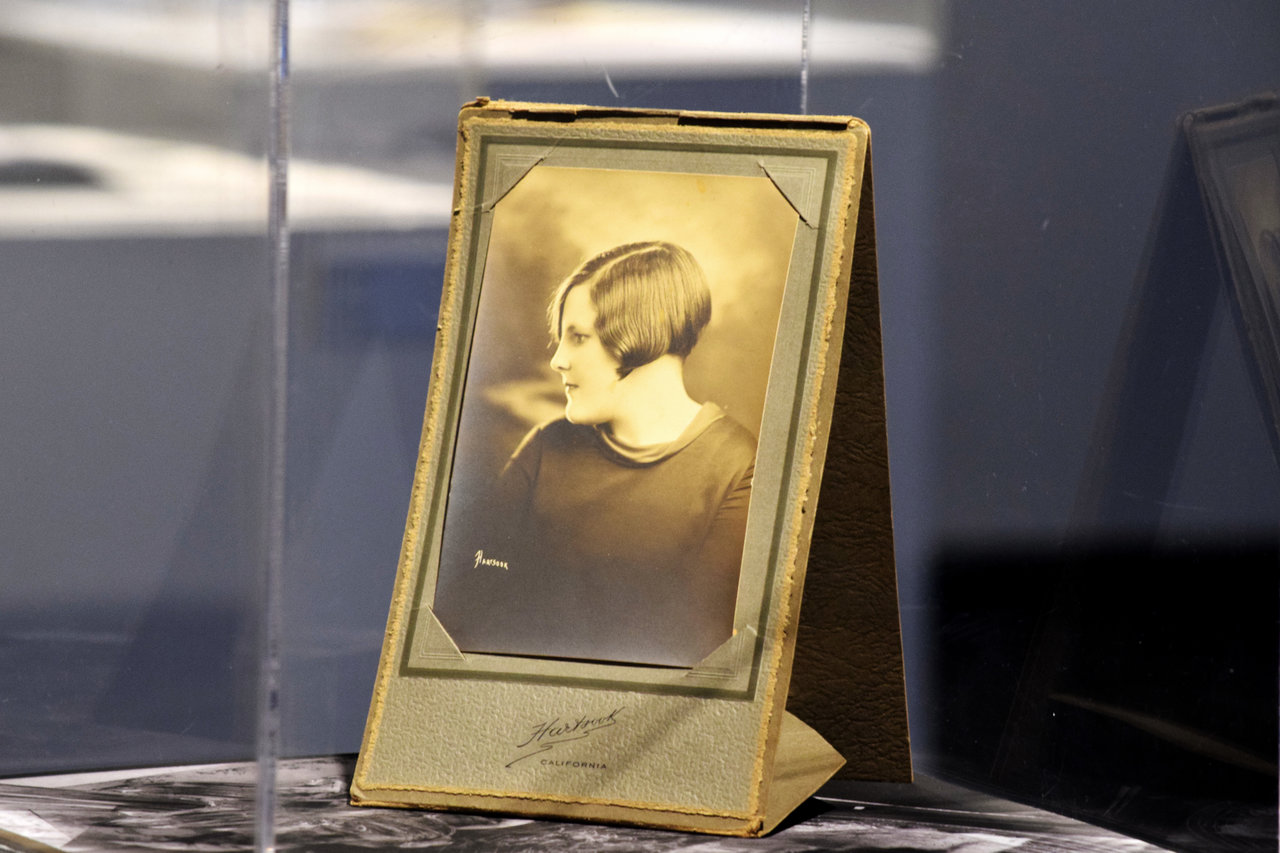 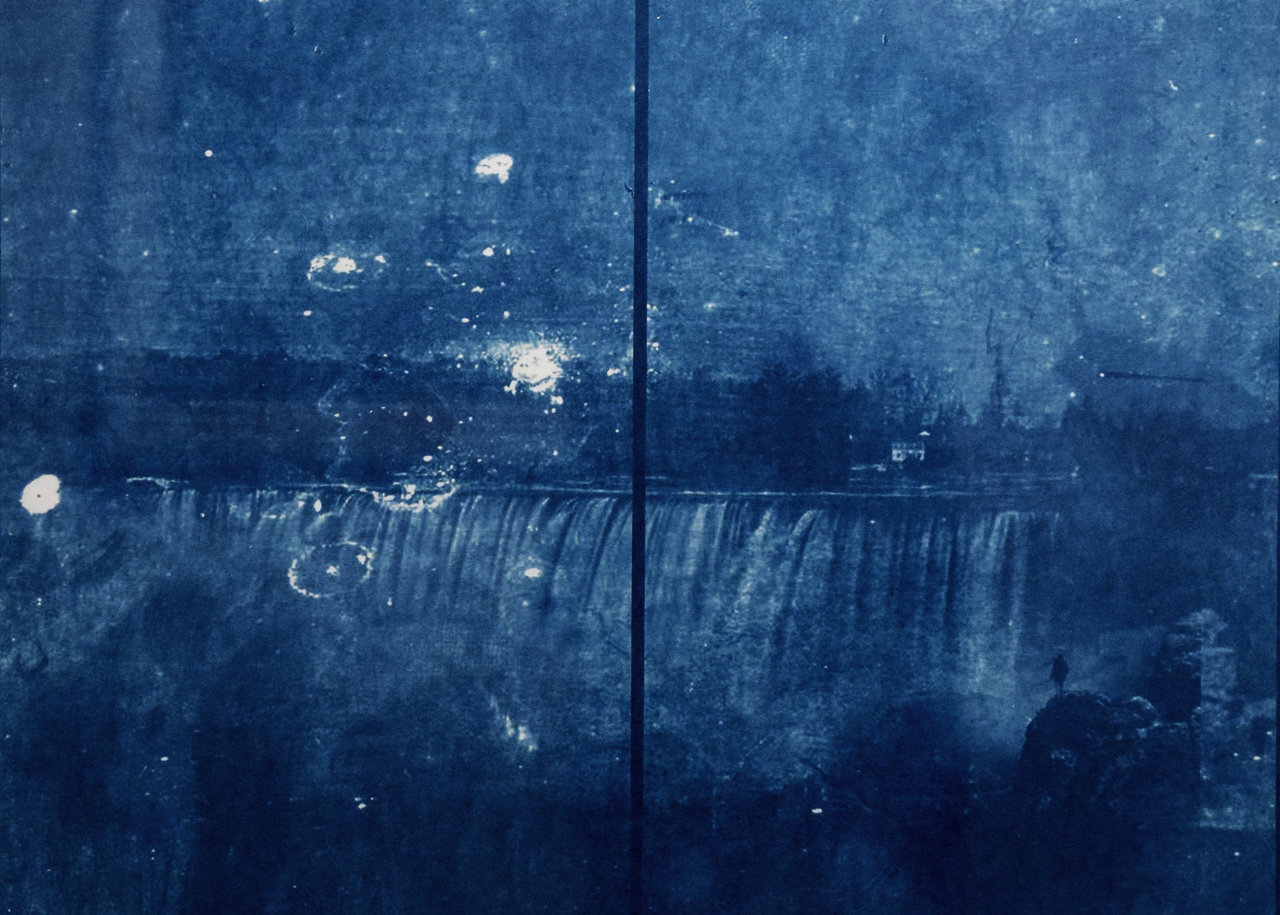 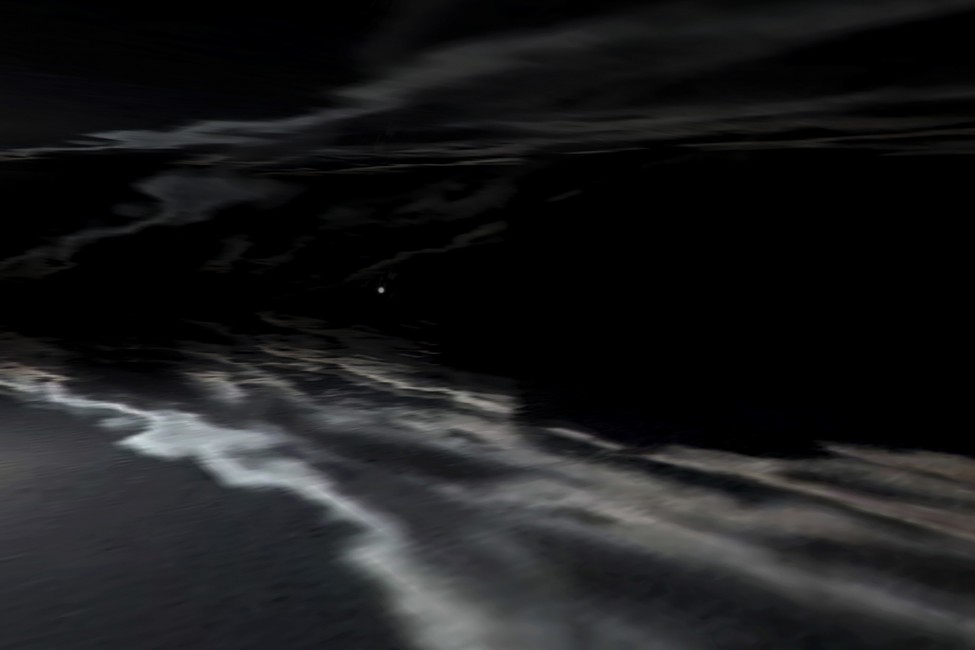 Jones not only offers works that draw upon early photographic techniques and are mediated through modern techniques, but also a visual journey through the discoveries that contributed to our contemporary society.