For an exhibition titled after the etymological roots of the word “disaster” the newest work by artist Christina Battle is an absolute success! The exhibition is a highly intelligent and emotionally evocative conversation depicted with beautiful imagery about a topic that is so important to today’s uncertain climate.

BAD STARS is a multi-channel video installation featuring video work displayed via television monitors and projection. The exhibition also contains the printed documentation of original emails from Battle’s call for submissions, that asked participants to find imagery that they felt represented their interpretation of what a disaster is. These emails contain a wide range of interpretations, such as ecological, medical and political disasters. 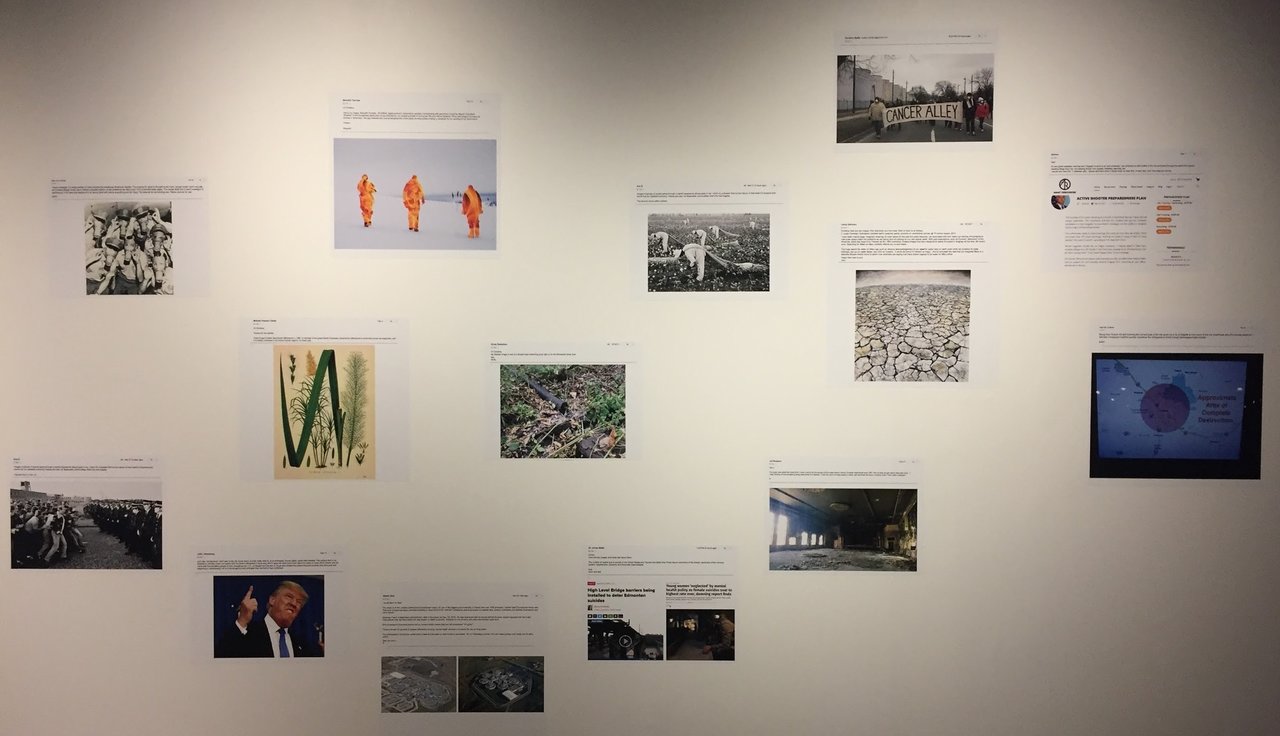 As an extension of the exhibition, Battle and Trinity Square Video have included a series of interdisciplinary programming that features an astrophysicist speaking about mass extinction by meteorites, an Indigenous group dealing with environmental and cultural impacts and a screening of work dealing with migration and immigration followed by a live Skype conversation with the artists.

Parts of the video works in the show are a series of images sourced from Internet databases presented in a slideshow-style manner against a yellow or turquoise background featuring botanical samples. The photos are made of various collections of meteorites, volcanoes and natural disasters, as well as pollinator animals such as hummingbirds. 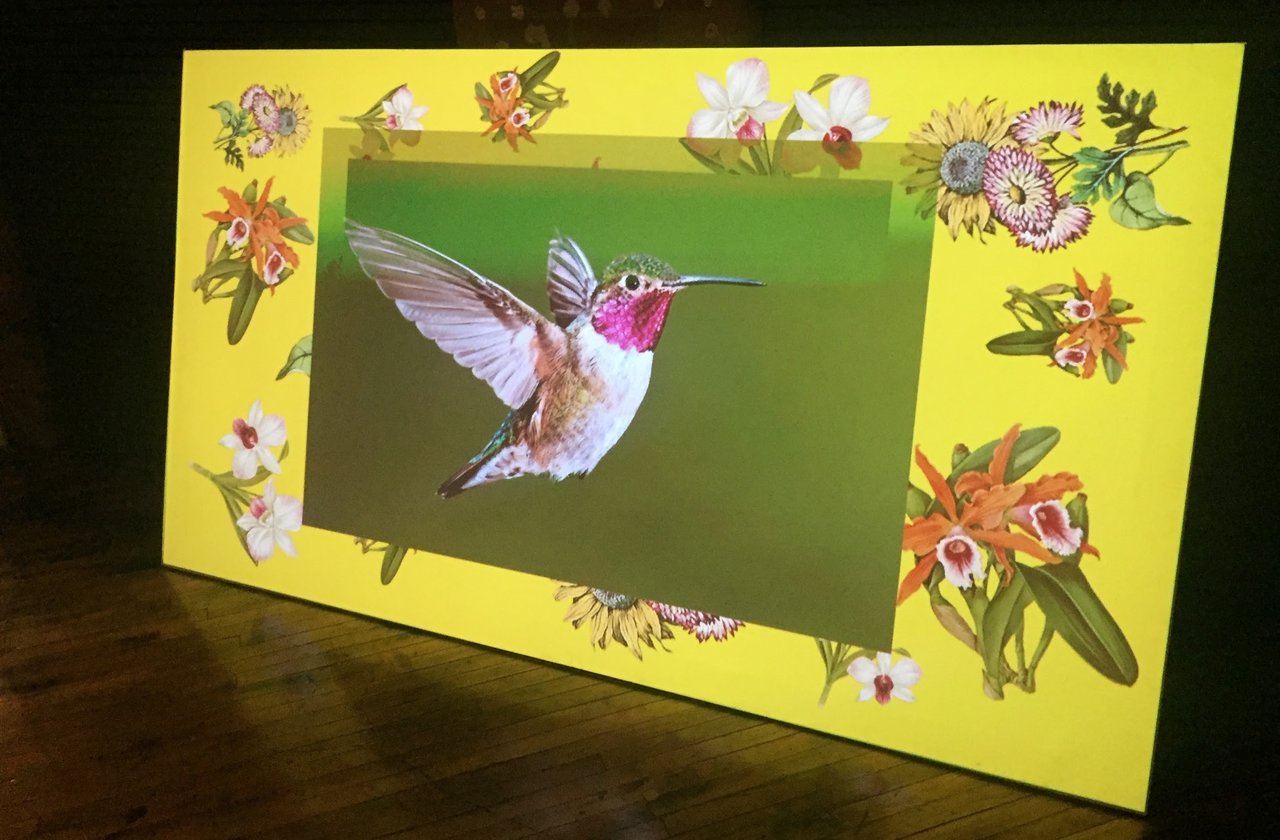 The background images that frame the photographs extend beyond the screen and enter the gallery space in the form of colourful wallpaper decorating the pillars where the television monitors have been installed. This feature helps to establish the post-Internet aesthetic that supports many of the works within the exhibition. Additionally, these backgrounds contain pictures of flowers that have a biological significance, like orchids, the largest and most diverse of the plant families. The beauty of these flowers is in strong contrast to the death of biodiversity and the disasters that are projected on the central area of the panels. Intercut with these slideshows are appropriated content from nature documentaries and YouTube videos with overlaid text that discuss perilous and catastrophic events, such as digging through rubble of a collapsed building to find survivors. 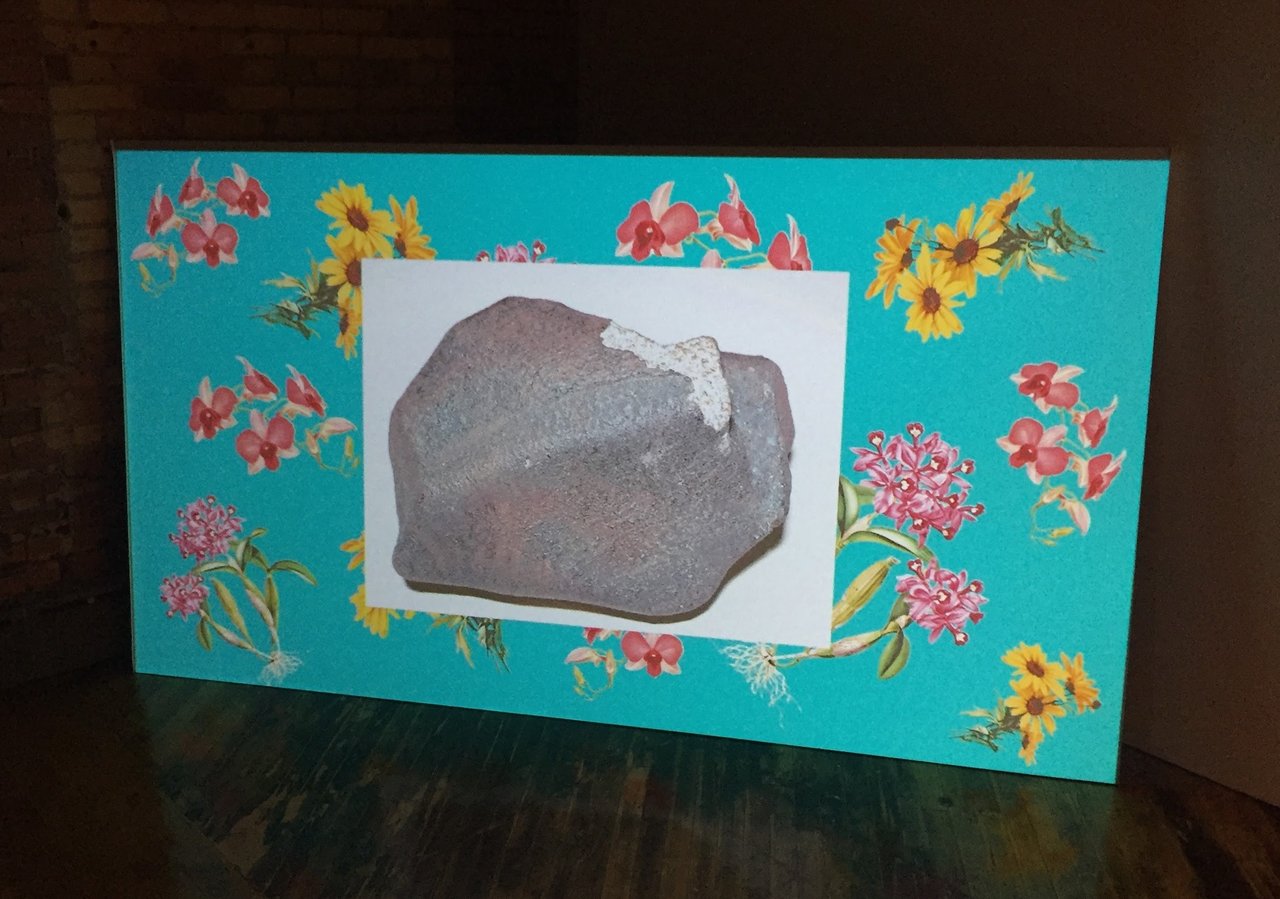 One of the projections contains a unique project that deals with similar concepts as the others but tackles the issues from a very specific place and perspective, rather than speaking of generalized disasters. The work is addressing the pollution problems of Sarnia, Ontario. The video itself is a recording of Google Earth’s Street View with the 3D Building renderings turned on and with white text overlaid above. The text contains information about the Ontario town, which according to the video, is one of the most polluted cities in Canada due to its toxic chemical plant facilities. The poor quality of the 3D rendering of the map is a found glitch that the artist came upon by happenstance while researching the environmental disasters taking place in this area. The glitch creates an uncomfortable and distorted landscape that seems unlivable and broken. This virtual aesthetic is meant to symbolically parallel the real-life toxicity that is occurring in the town, or as the artist jokes, it could potentially even be a result of its corruption of the environment. 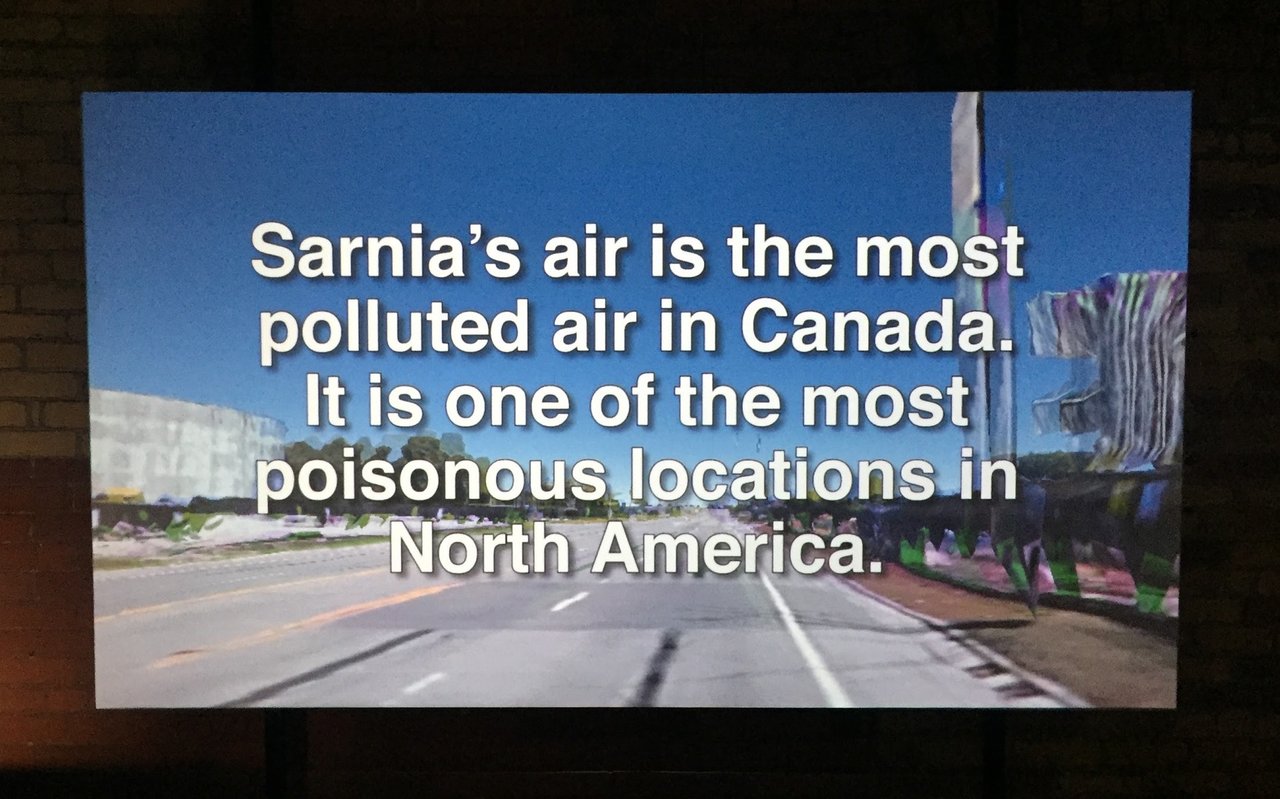