Gentle curves trace across forbidden terrains, evoking a universal essence that is beyond our puny imagination. Veils are stripped back to unmask malevolent fear of the emotional infinity that is woman. Sahar Khan-Boluki, an Iranian curator, mounted this exhibition with extraordinary aplomb. She has a history of curating in Tehran and this is her first exhibition in Canada. Judging by the enthusiasm, it has been a resounding success!! 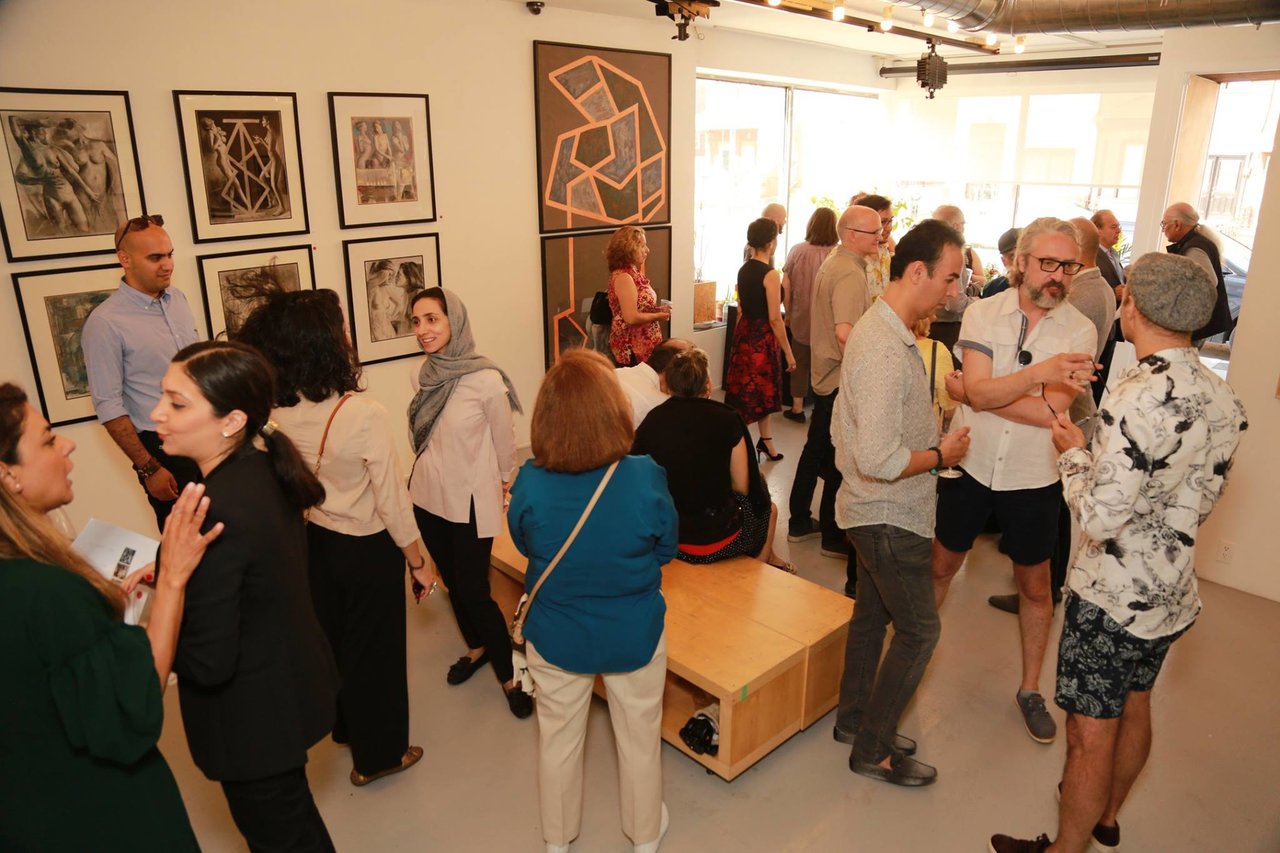 Bound & Redemption is an exhibition by Iranian master, Mahmoud Meraji, who makes a brave assault on the taboos in Iranian culture concerning female nudity. Meraji has a reverence and love for the female form that translates into flowing nudes shuttered with jarring linear constructions that set up visual tensions.

A battle rages across the world to dominate women. The irony of this is we are all birthed by women, so why the oppression? In Western countries there is institutional discrimination, born originally through religious strictures now embedded in the culture. In the East the discrimination is far more pronounced, although it stems from the same source. 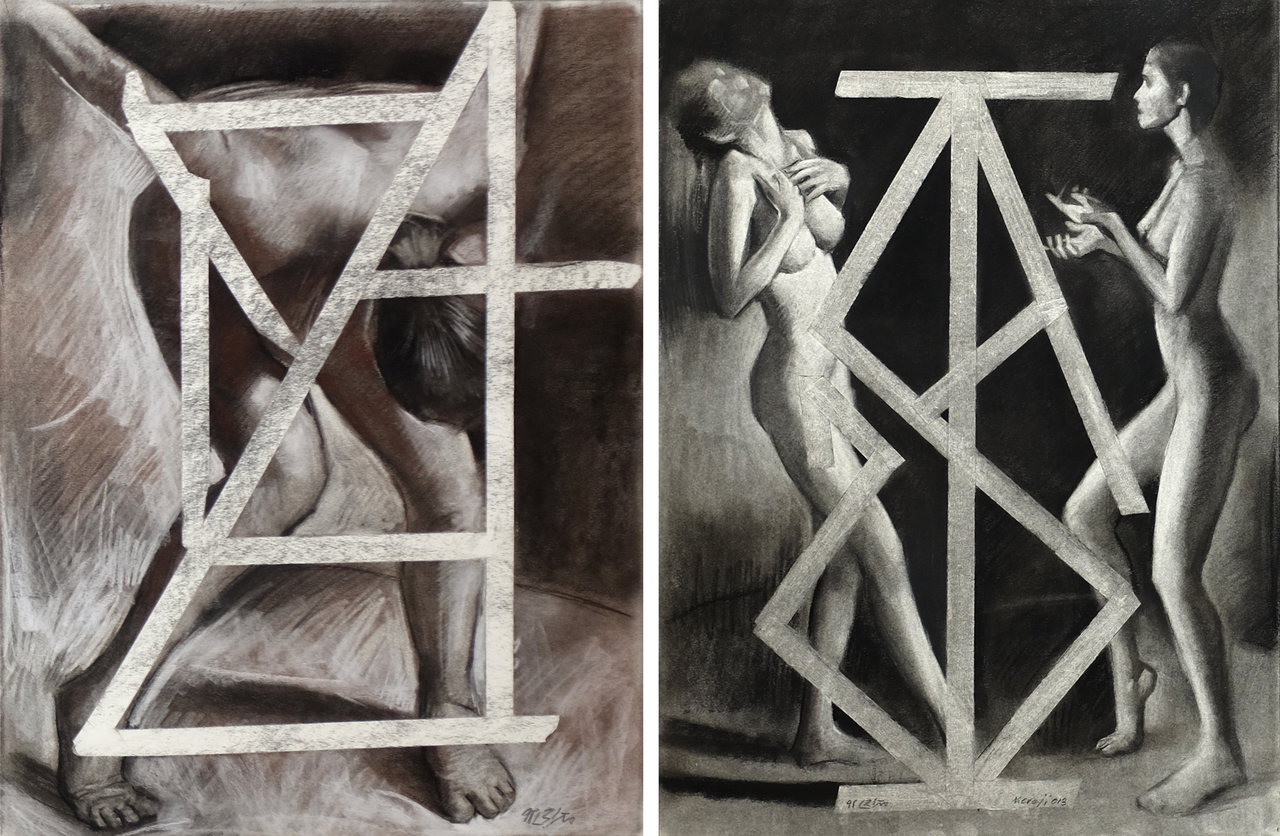 Reality is elusive, and human perception is quite retarded. We project interpretation on what we ‘see’ and assert our own absolute ‘truth’, relying on reinforcement and compulsion to ensure compliance with the particular ‘vision of reality’. Religious miscalculation compounds the burden of natural incomprehension into a failure to love. All ‘thought’ courses through the veins of emotion and is infused with a lack of clarity. In this case the dominant emotion is ‘fear’ of the unknown. 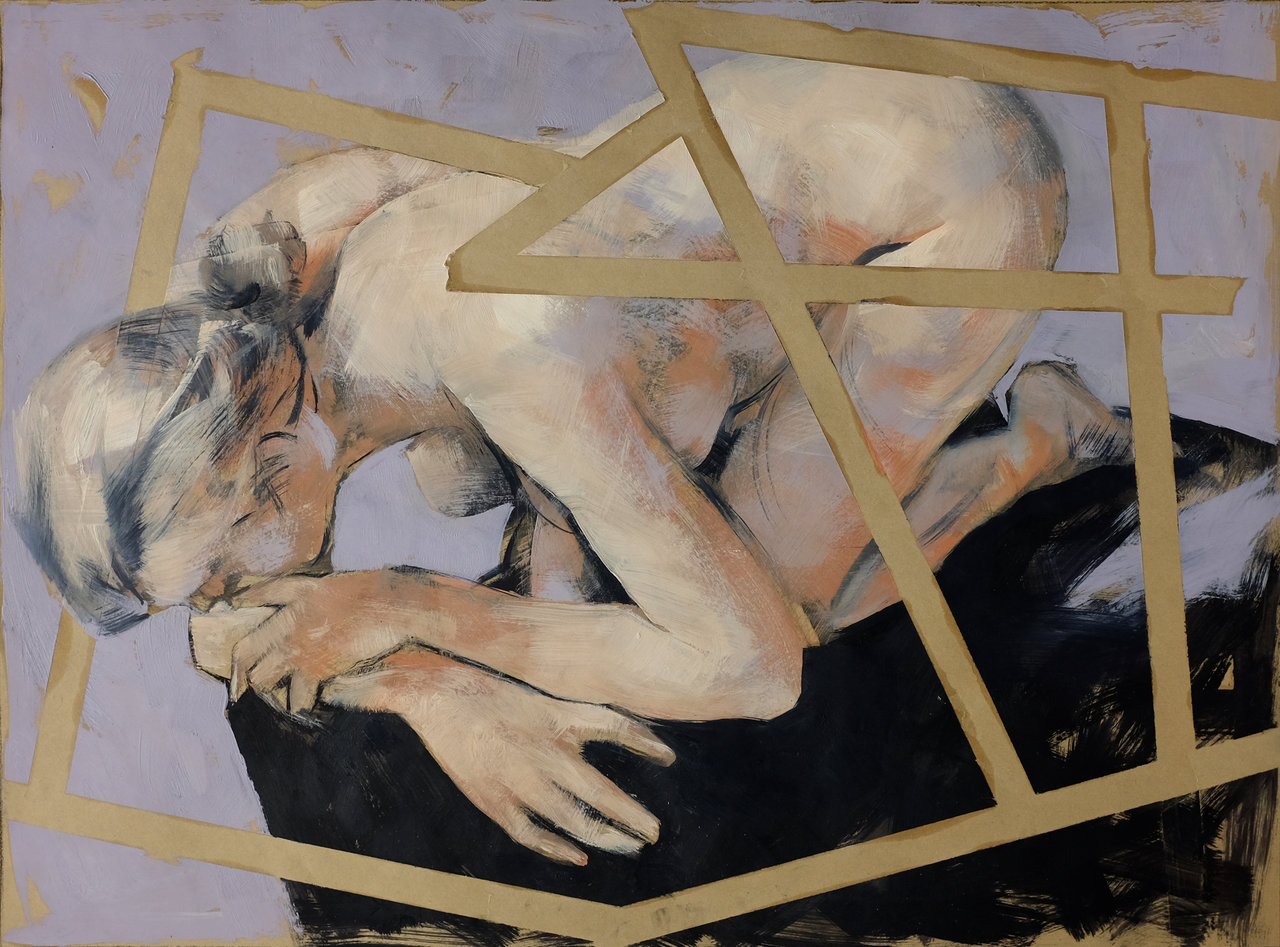 Mahmoud Meraji has experienced the sharp cut of recrimination. In Tehran he was awarded first prize in a painting competition only to have his painting slashed. On another occasion he again received first prize but a viewer complained about his painting. He never received his prize of seven gold coins because nobody informed him he had won the prize and so it was given to the runner-up. It was impossible to show nudes because of censorship. He moved to Toronto in 1998 and in 2008 won Grand Prize in the Portrait Society of Canada’s “Miracle of the Portrait” competition. His training has been in the classical tradition and he uses his skills to explore the contemporary art idiom, embracing surrealism. He is a master draughtsman and trains his students at the Meraji Art Academy. 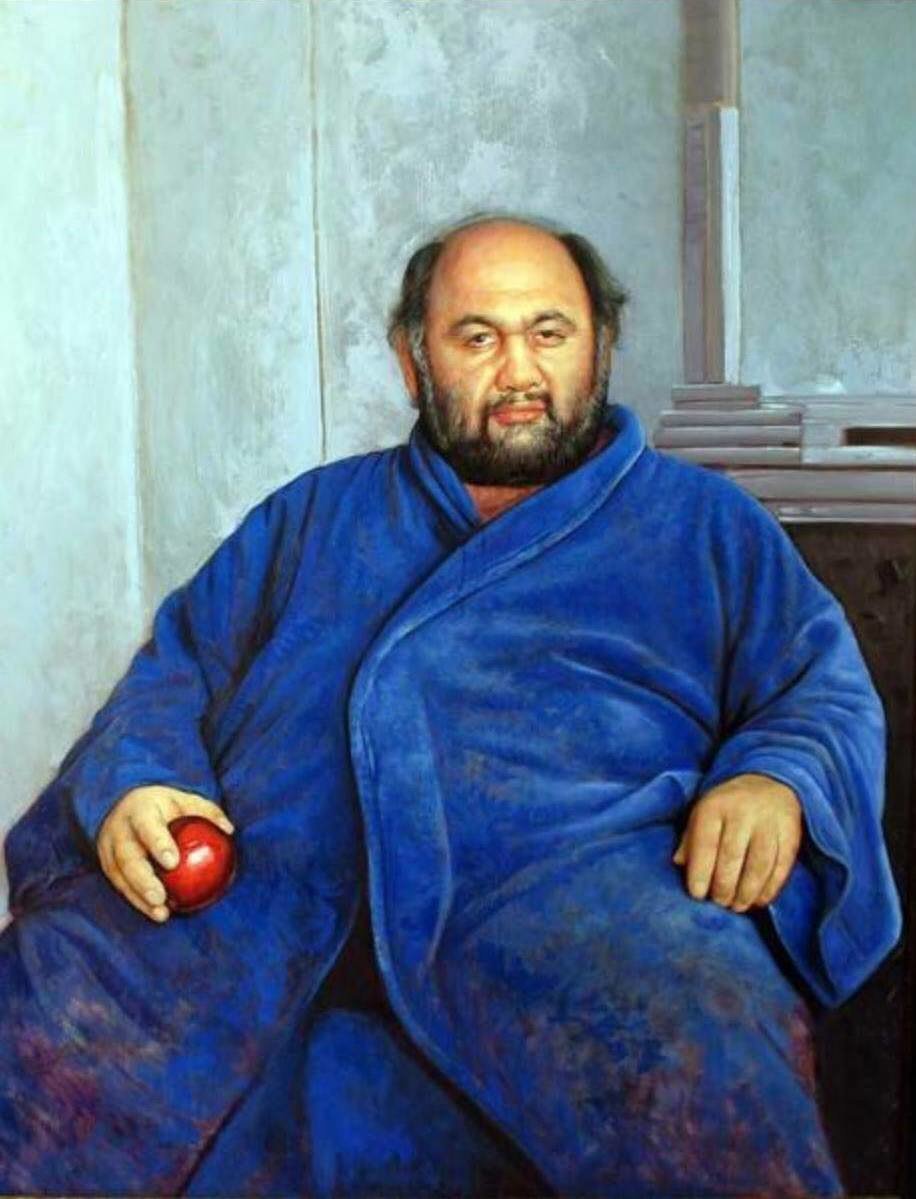 Many years back Meraji saw a painting by an Iranian artist who interpreted Cubism naively by drawing a cube over the image. Meraji thinks the artist could not bring himself to let go of the figure despite the desire to explore contemporary art. Meraji engages the same artifice with sophistication to create this body of contemporary work.

The nudes are sourced from the Internet and he feels drawn to poses that suggest the fetal position or a dramatic moment that correlates to struggle. On some occasions a couple of figures seem to communicate with one another but for the most part these women are alienated and in torsion. 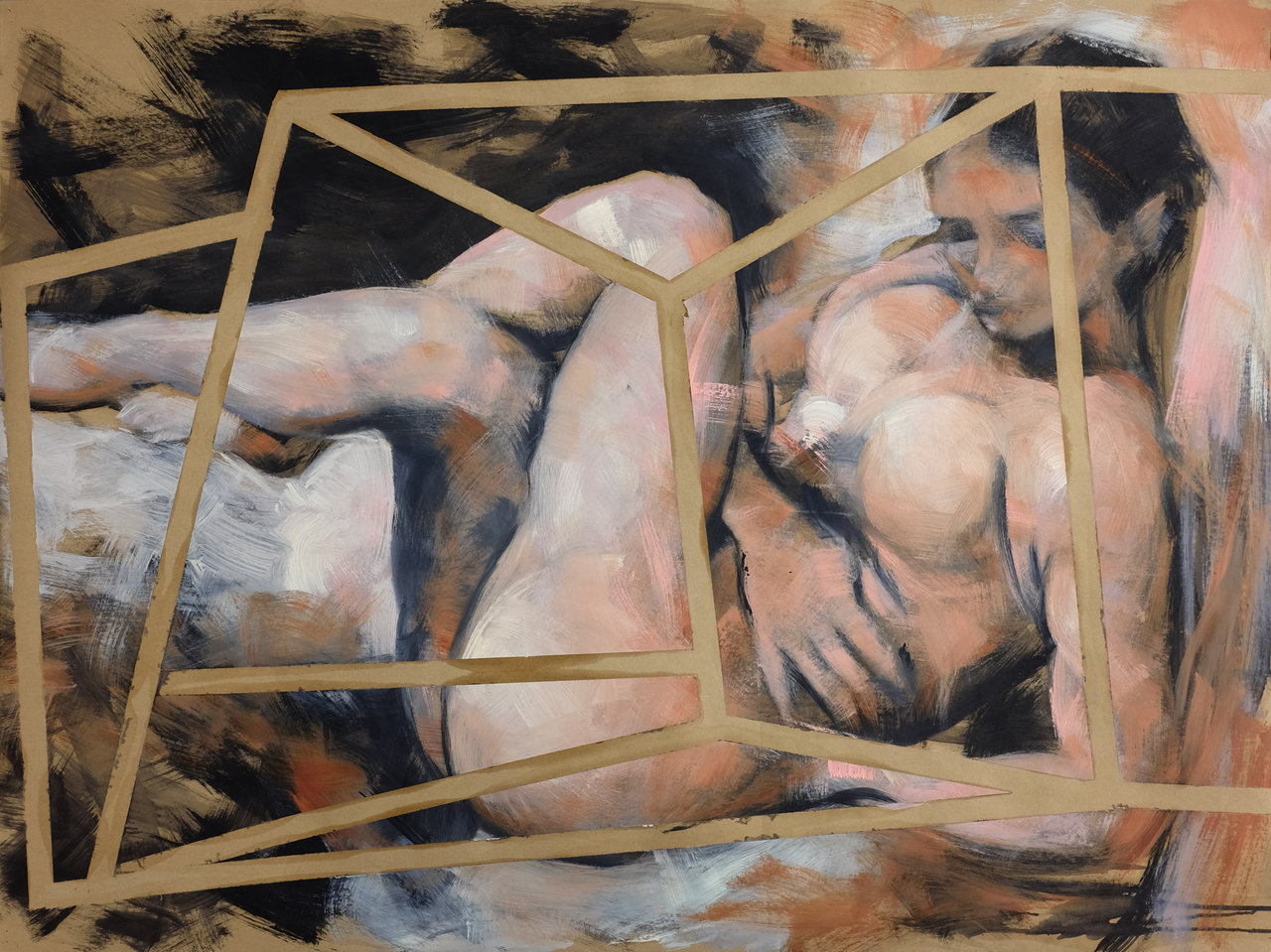 Meraji applies straight lines with tape that intersects the forms. Sometimes these lines emphasize the 2-dimensional plane that is in dialogue with his rendition of the nude. The lines are established in the initial stages of the painting and the figure is ‘bound’ within their matrices. Due to our predilection for seeing form and depth in these linear constructions, they create a state of tension, which plays out with the figure. We see the figure first but are obliged to revisit our interpretation over time as we absorb the more complex visual dynamics. In a sense, these lines are symbolic of the male need to bind and control women. 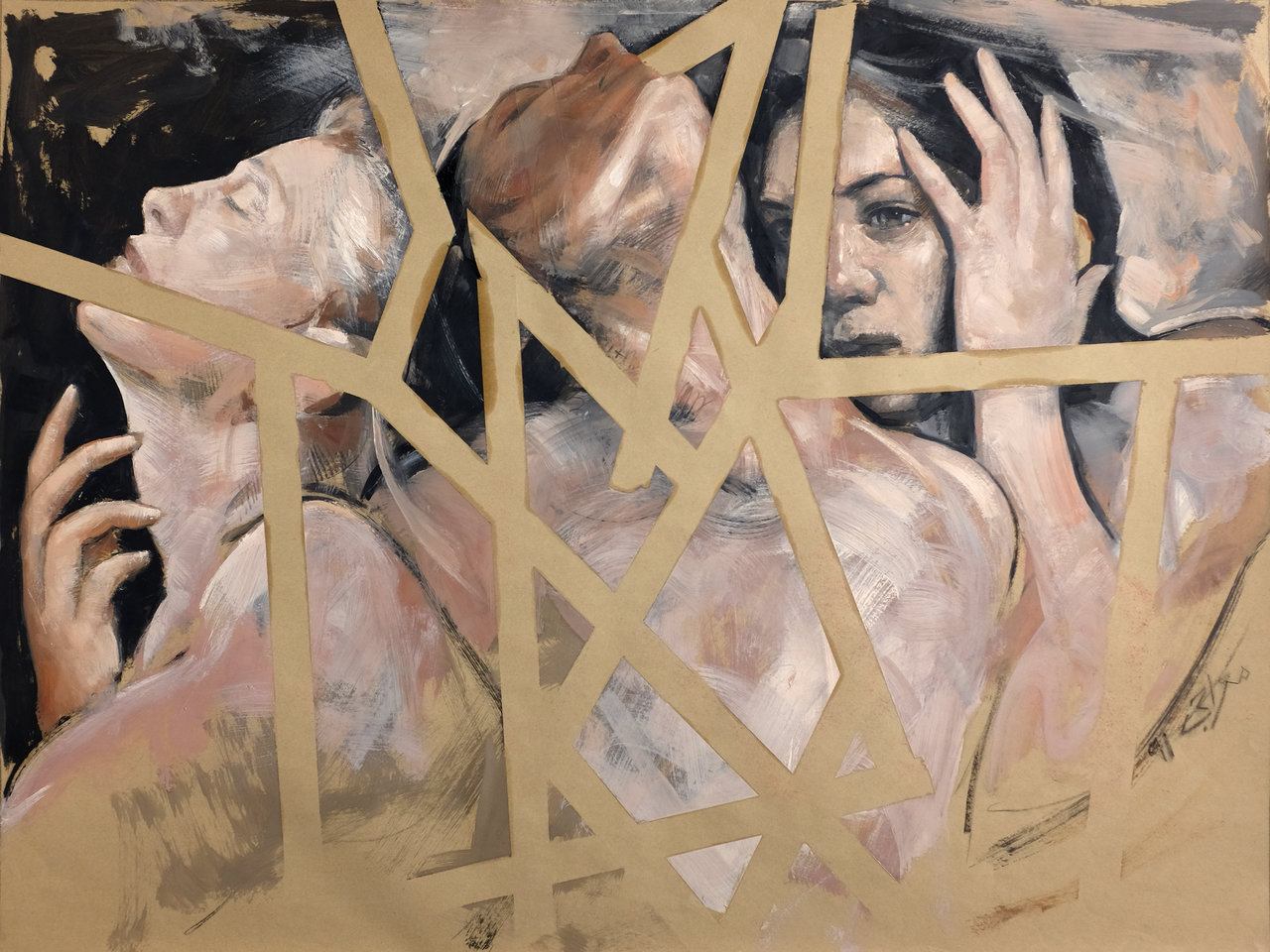 Meraji draws and paints his nudes but without excessive detail. He concentrates instead on the overall dialogue of lines, forms and tones and refers to these nudes as being ‘in the academic style’ which developed in the 18th Century.

In our Western experience, nudes are commonplace, but Meraji is using the ‘academic’ style to address Eastern perceptions of the body. This exhibition could not take place in Tehran and Toronto becomes a neutral ground where it is permitted. He will not be banned or bloodied here and can give voice to the need to embrace women as a whole. Redemption!