The Wall is a Body.

“Natural materials express their age and history, as well as the story of their origins and their history of human use. All matter exists in the continuum of time; the patina of wear adds the enriching experience of time to the materials of construction.” – Juhani Pallasmaa 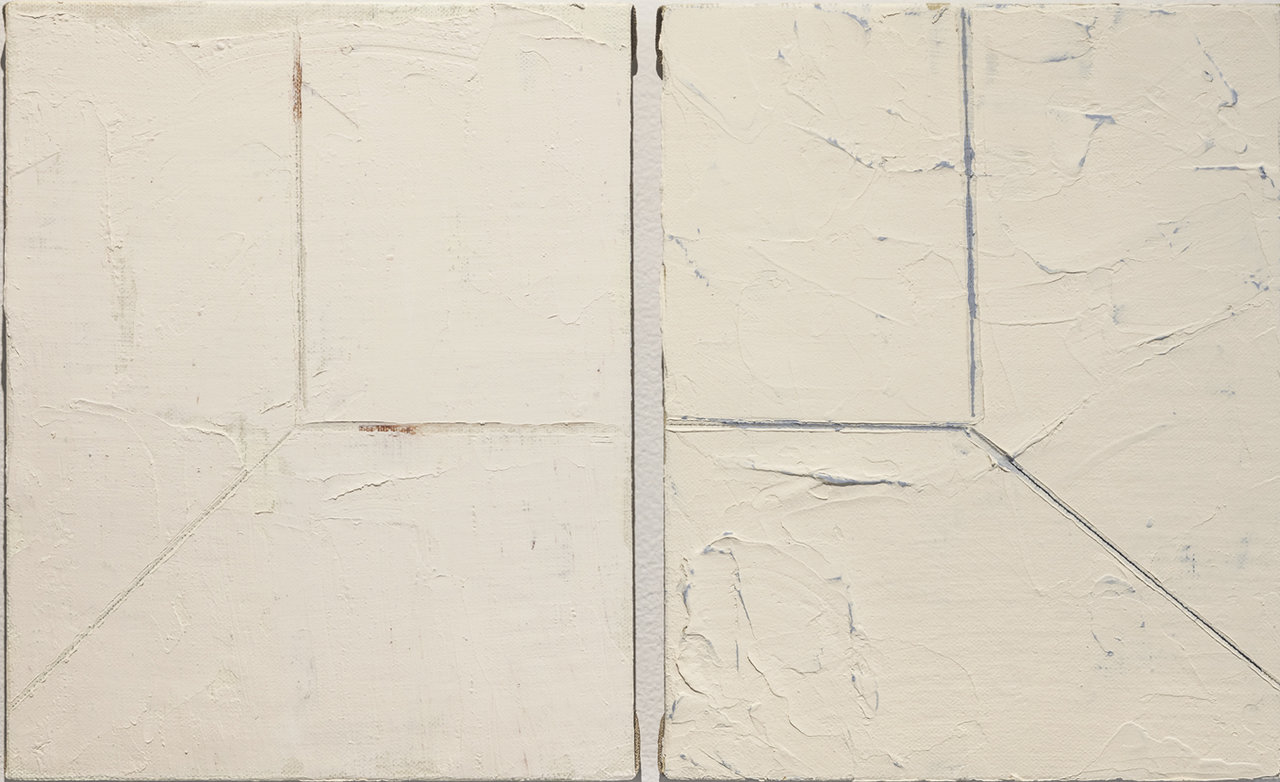 In 2013, Sarah Sands Phillips returned to the family home where she had grown up, and took a number of photographs of light entering spaces. Beams licking corners, throwing shadows, flickering across thresholds and highlighting bowed walls. The resulting images are not a recording of space in the traditional sense; rather they capture fleeting moments of luminescent abstraction, glimmers of present action in rooms connected to past memories. The photographs, as with much of the work in Sands Phillips multi-faceted practice, became subtle documents and expressions of time. For the exhibition Idyll Sands Phillips returns to these photographs as a source material for paintings. Rather than focusing on their ethereal light forms, the Idyll paintings respond to a material element evident in the imagery – the physical make-up of the building’s aging interior walls. 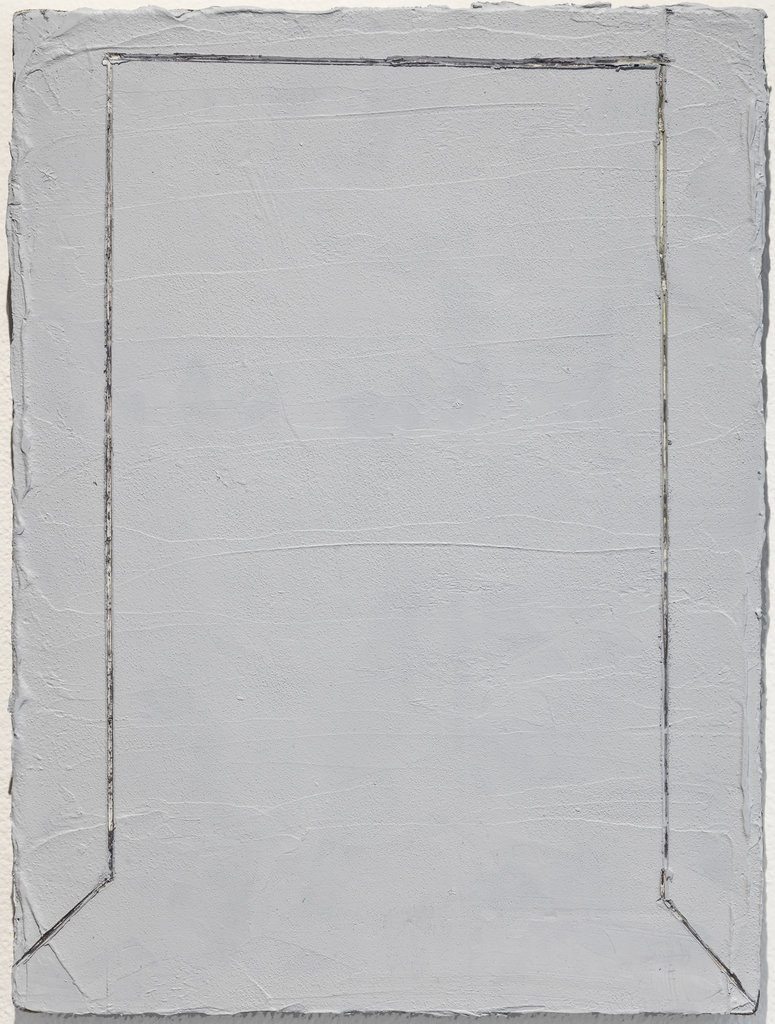 The walls in question were constructed using lath and plaster, a technique seen predominantly in pre-war homes, in which plaster is layered over a structural framework of closely fitted, lateral wooden slats. As the plaster is squeezed through the negative space between the slats, it forms overhanging ‘keys’ on the structure’s reverse that allow it to cling to its wooden armature. Lath and plaster has long been discontinued to make way for more efficient construction methods, and as such, is a technique set in time. 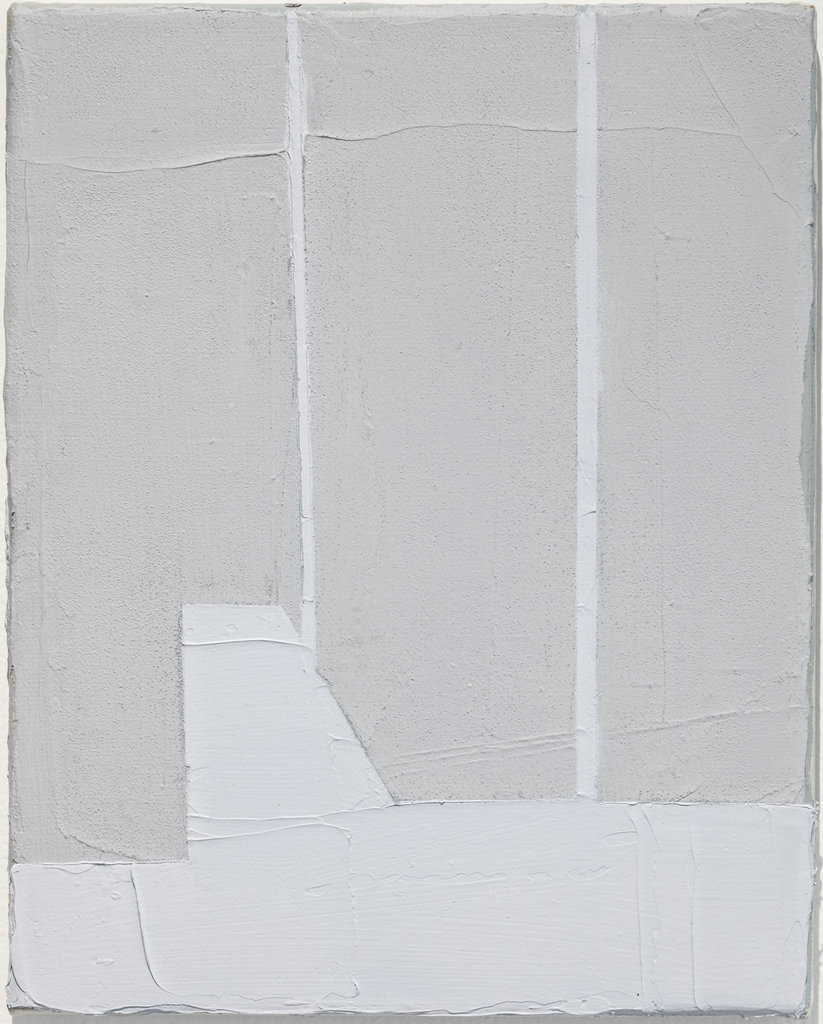 Sands Phillips employs a similar process of material layering to create the surfaces present throughout Idyll. Strata of oil paint are built up on stretched linen and canvas supports, with its gently smoothed application akin to that of a lath and plaster wall. Her chosen colour palette recalls a light and shadow spectrum, but is also reminiscent of the body – grey matter and peachy flesh tones, vein-like blue. Into these carefully prepared surfaces, Sands Phillips carves linear suggestions of rooms that reveal subtle colourations from underlying layers, continuing a process of mark making through erasure present throughout her practice. The resulting minimal compositions appear as spaces etched at the peripheries of memory, perhaps something dreamt. They are non-places without a sense of time, a setting with the potential for future action to occur, whilst also seeming as though somewhere remembered from long ago. 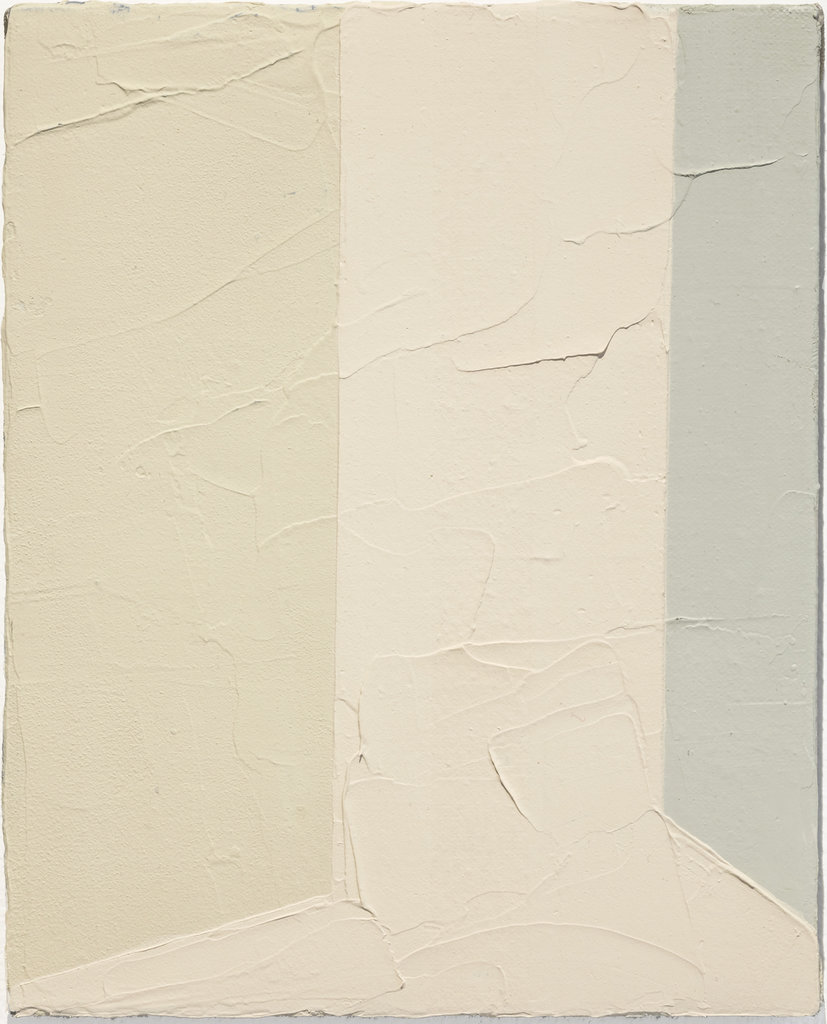 In his book Eyes of the Skin, Architecture and the Senses, the Finnish architect Juhani Pallasmaa (Eyes of the Skin, Architecture and the Senses, Materiality and Time, P.3) makes a case for the physical and sensory pull of organic building materials, as opposed to the cold plasticity of manmade constructions. The simultaneous attraction and fallibility of these natural materials is that they visibly age and change, and in this they relate to the body. The walls in Sands Phillips’ original photographs had billowed and bulged, bloated over time. The lath and plaster process is laborious and physical, corporeally composed of a skeletal frame and soft, porous materials. Look up the etymology of ‘idyll’ and you will find that it originates from the Greek for ‘form’ or ‘shape’. In definition, it denotes a picturesque scene, but one – like our bodies, memories, and those walls – that is ultimately temporary.

Note: The article was originally written for General Hardware Contemporary and first posted on their site