The Robert Kananaj Gallery celebrates its seventh anniversary this year with a group exhibition showcasing some of the many featuring and resident artists that have contributed their unique works over the gallery’s history. Since its inception in 2011, its directive has always been to promote contemporary Canadian and international artists who explore a diverse range of media and influences. The works are portrayed as experiential objects, offering audiences the opportunity to delve into unique themes and interpret new ideas. Although each artist and each artwork is distinct, they are unified by a common spatial experience and a shared emphasis on composition and artistic values that are proudly fostered by Robert Kananaj. 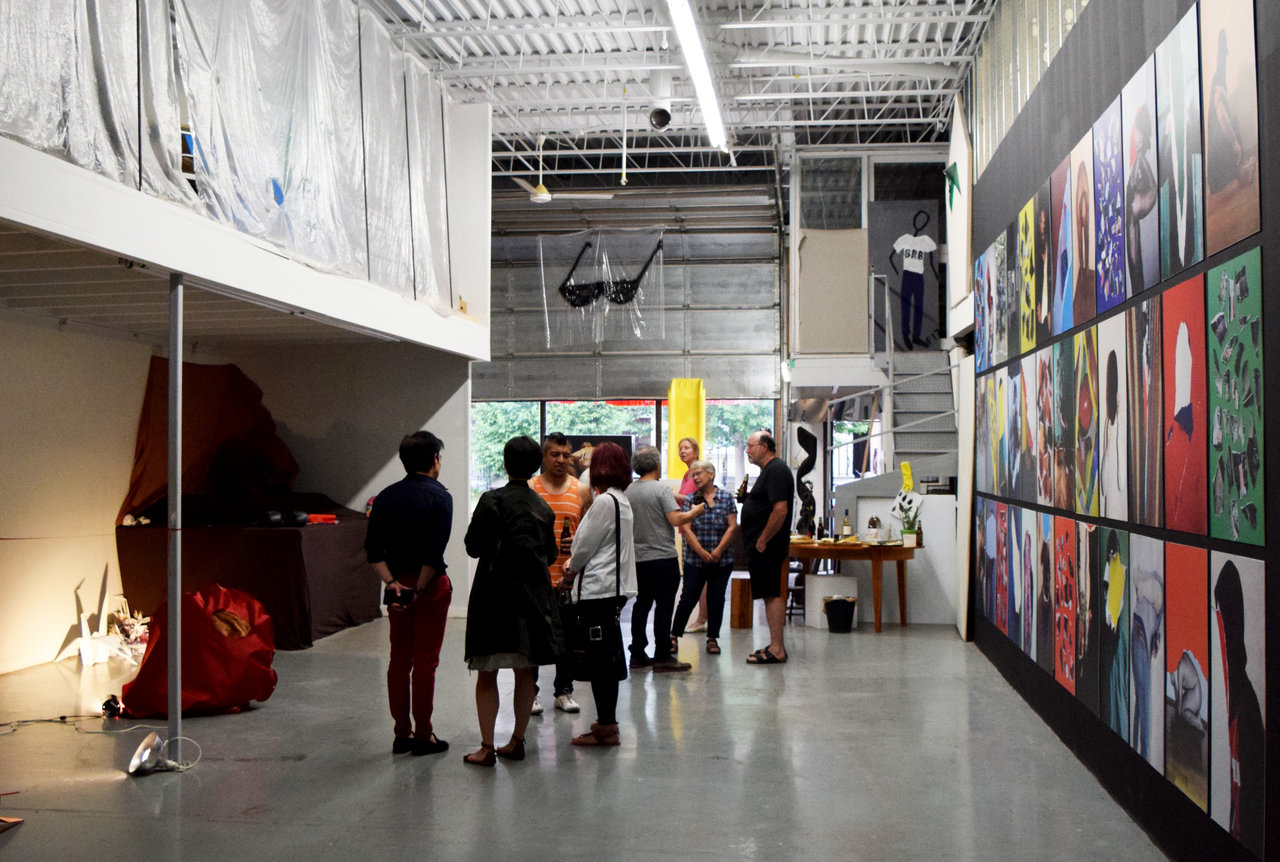 Though the anniversary celebrates the accomplishments of every artist that has supported the gallery, the event prominently features some of the most recent and ongoing contributors. Firstly, there is Oscar Figueroa and his collection of Slides. This body of work explores the notion of movement and how, despite its dynamacy and fluidity, its portrayal in art and visual culture is often fragmented, stagnant, and disjointed, being essentially stripped of its core elements. Figueroa uses the playful motif of slides to delve into the more intrinsic aspects of movement, namely where it begins, where it inevitably ends, and how it is perceived gesturally. 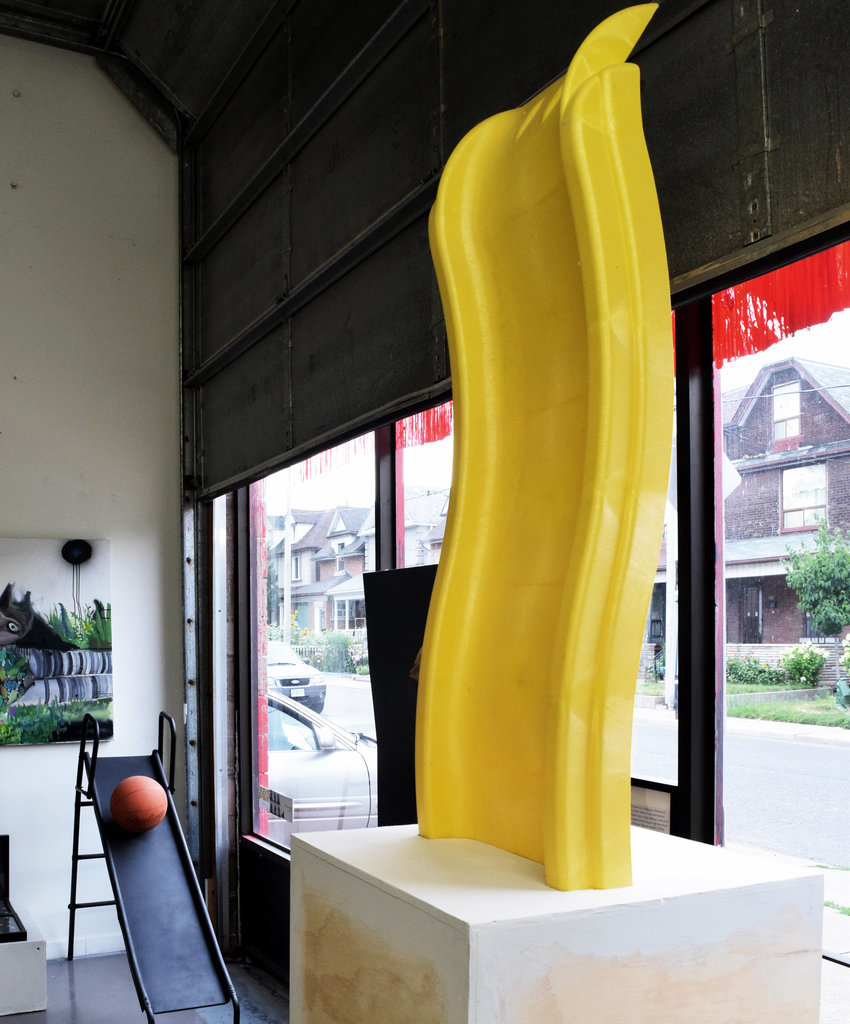 Alongside Figueroa’s playfulness, Anton Shebetko brings Common People, an enormous assortment of distorted photographic portraits that delve into the contentious identities of “Ukranian closeted gays”. Although Ukraine does not explicitly criminalize homosexuality, its latent stigmatization implicitly forces LGBTQ individuals into hiding, even going so far as to adopt homophobic rhetoric and attitudes to conceal their sexuality. The photographic portraits are historically and conceptually honest, giving viewers a true glimpse into the personality of the subject. Here however, the identities remain censored from the audience and consequently subverted by the subject as well. 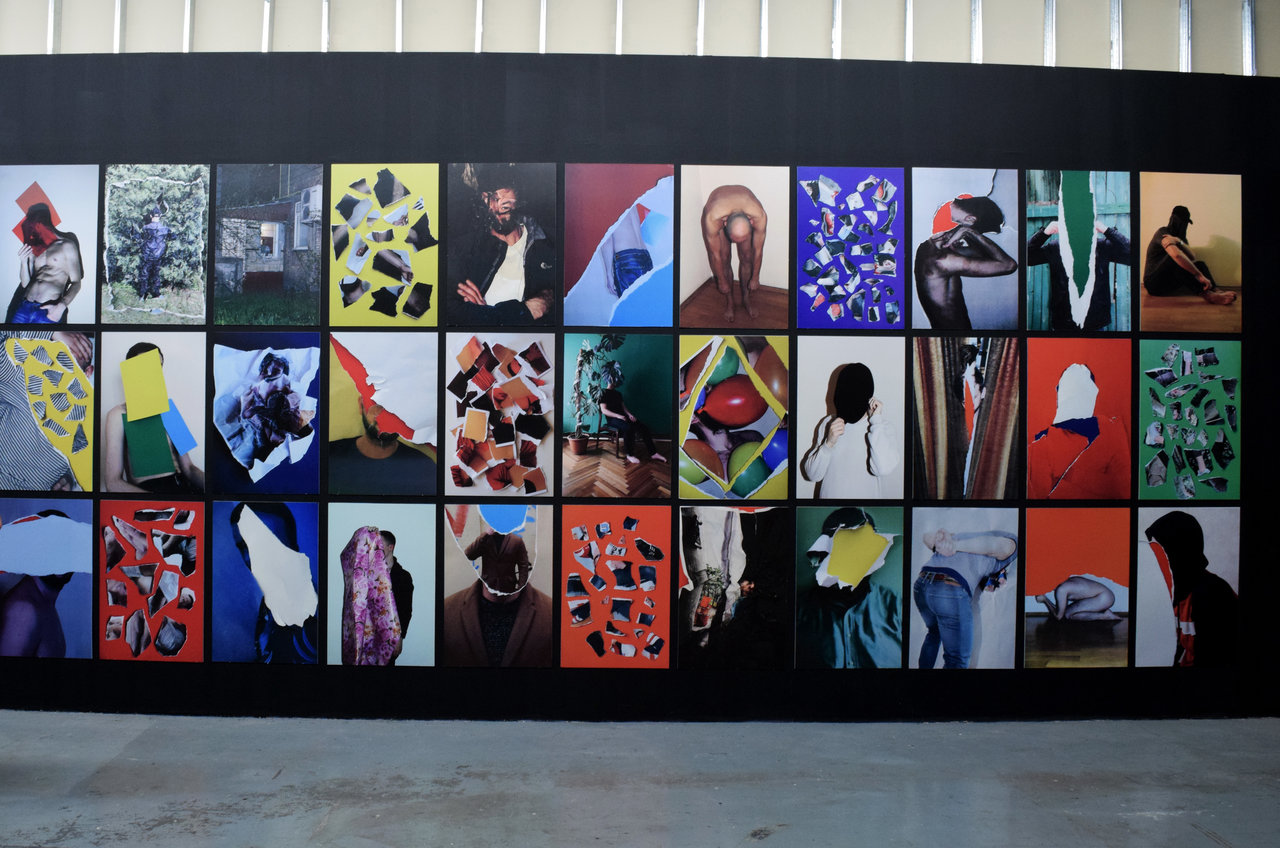 Art and mathematics have been closely intertwined throughout the history of aesthetics, with artists of Antiquity and the Renaissance utilizing geometry and grids to map their compositions to ensure naturalistic proportions. In response, Kee Ip amalgamates these two fields, depicting the 9 Squares concept that accentuates colour and non-colour fields as well as the Riemann Zeta 2 function that sequences the seemingly random colours. 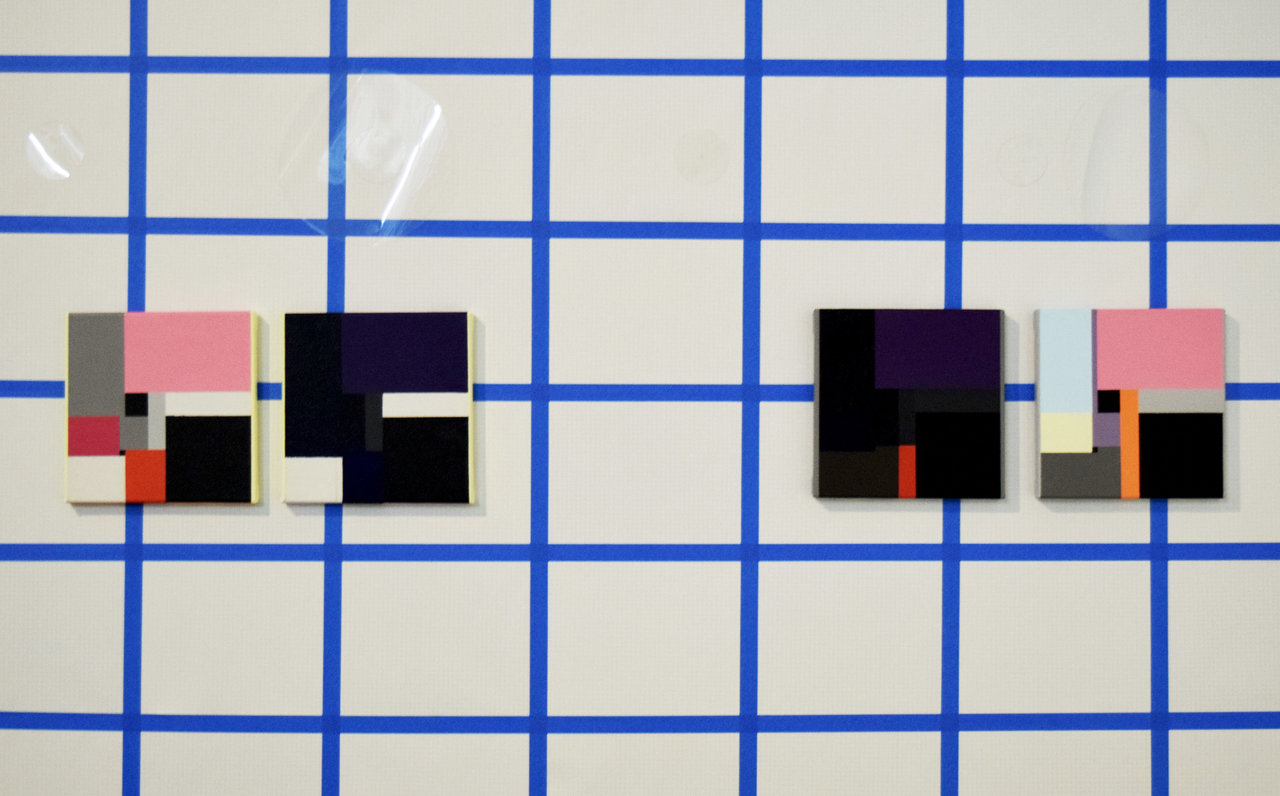 Last but certainly not least, the current resident artist Raffael Antonio Iglesias features some of his developing and finished works. Through multimedia, he encapsulates many of the highly tragic events that have recently befallen him, using handcrafted paper cranes, synthetic materials, and sentimental objects to create stunning and emotionally-charged installations. 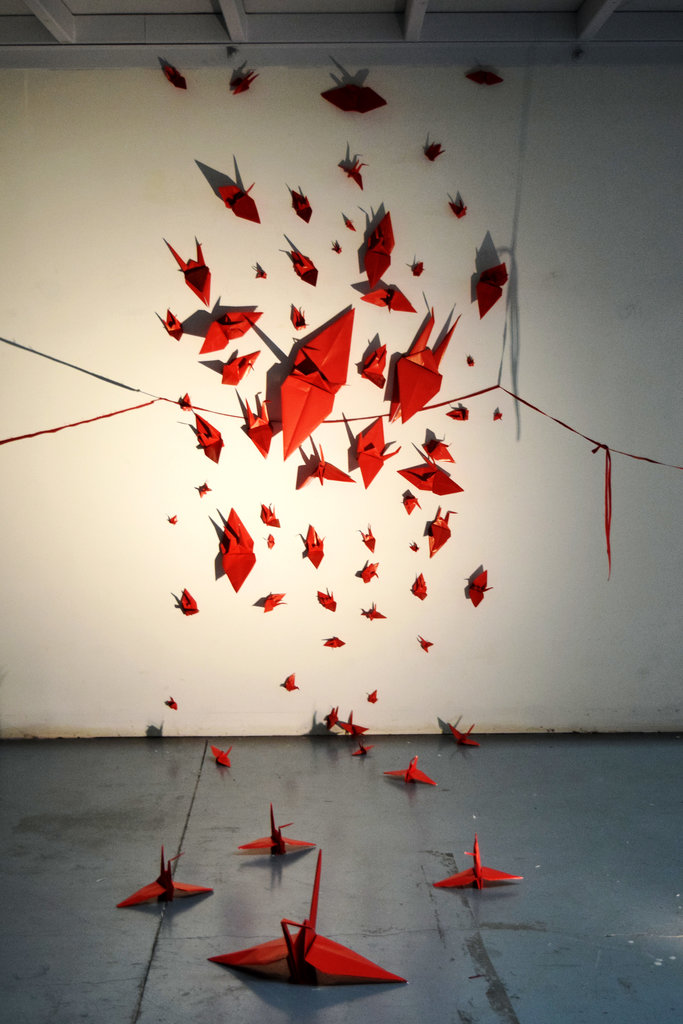 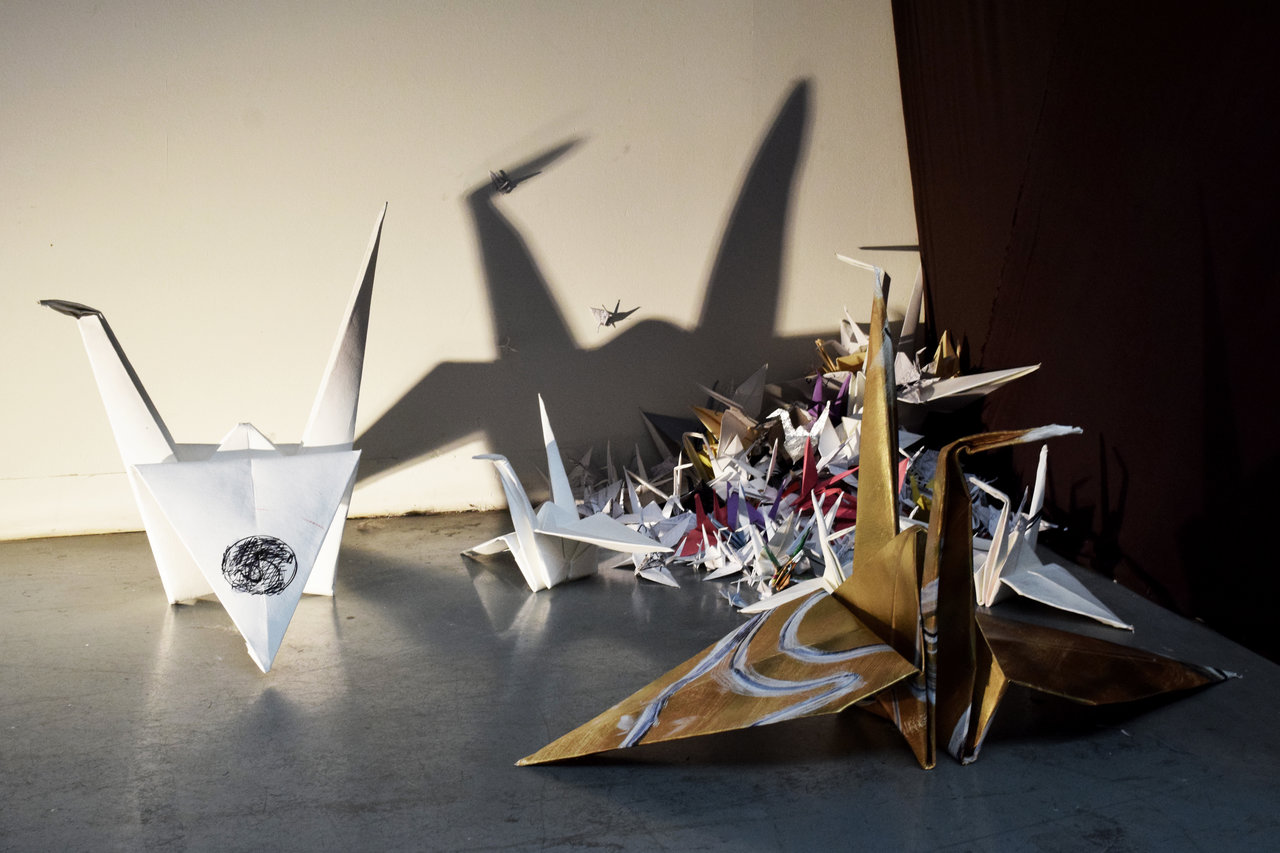 Over these past years, the Robert Kananaj Gallery has attracted a wide array of artists that draw from strong, diverse experiences. In the years to come, it will surely continue to uphold these values and support international and local artistic communities.