The Toronto art scene has witnessed a slew of prominent repositories for contemporary practice relocating across the vast expanses of the city. Stephen Bulger, Angell Gallery, and the Museum of Contemporary Art are just a few recognizable names that have found greener pastures elsewhere. Former King Street West mainstay Nicholas Metivier Gallery has followed suit by recently uprooting their operations several blocks east on Richmond Street, decentralizing itself from the hustle and hedonism of its former setting. With it comes the loss of a swanky space that oozed sophistication and modernity; however, the move was wholly intentional. 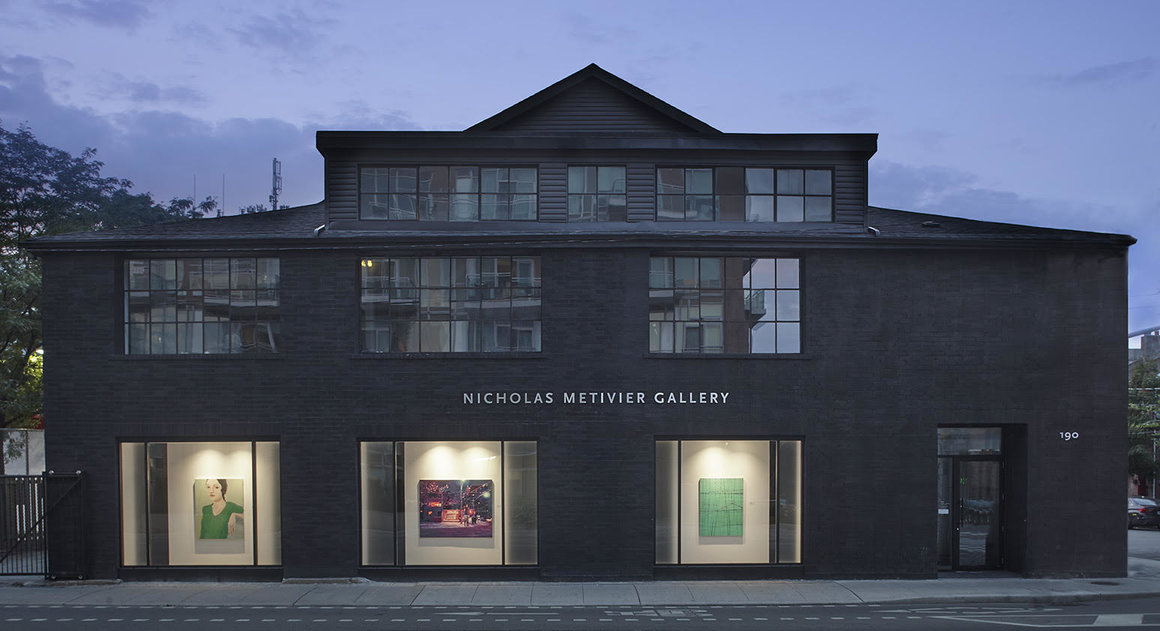 Staff member Caroline Pearson notes how the gallery’s namesake owner had been on the hunt for a more expansive dwelling for some time. While the King West location sparkled with a heightened sense of refinement, its modest square-footage often limited the scope of the exhibitions put on display. Metivier ultimately struck gold when 190 Richmond Street East was released onto the sellers’ market.

The old garage before the renovation

Formerly a commercial car garage, this vacant space is considerably larger upon first inspection. However, an extensive, yet speedy renovation process essentially renders its erstwhile operations obsolete, save for the concrete flooring that was deliberately left untouched. The gargantuan windows that lead up to the gallery’s entrance functioned as garage doors that allowed automobiles to enter and exit at one point in time, while large red columns that once pierced through the interior have become incased in serene white walls for functional purposes. Pearson notes how in the future the gallery will host various concurrent showcases of contemporary art, as the multi-room setting effectively enables for more ambitious projects. Metivier and co. acquired the space in April, and opened their doors in July. 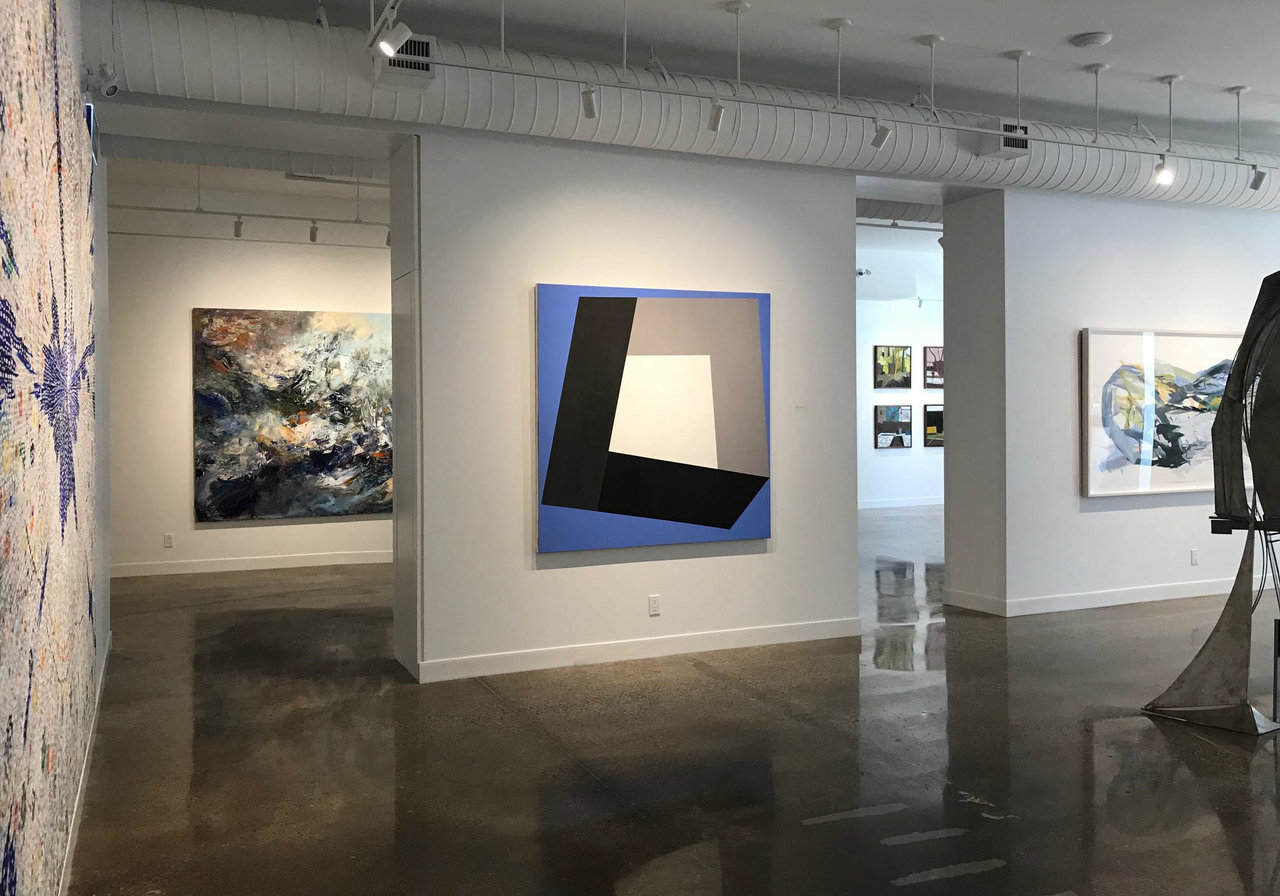 For the inaugural presentation, The Big Picture, the gallery has decided to put on a group exhibition featuring an assortment of media including collage, painting, photography and sculpture. Most of the artworks have not been previously exhibited by Metivier, giving the selection a more exclusive feel. 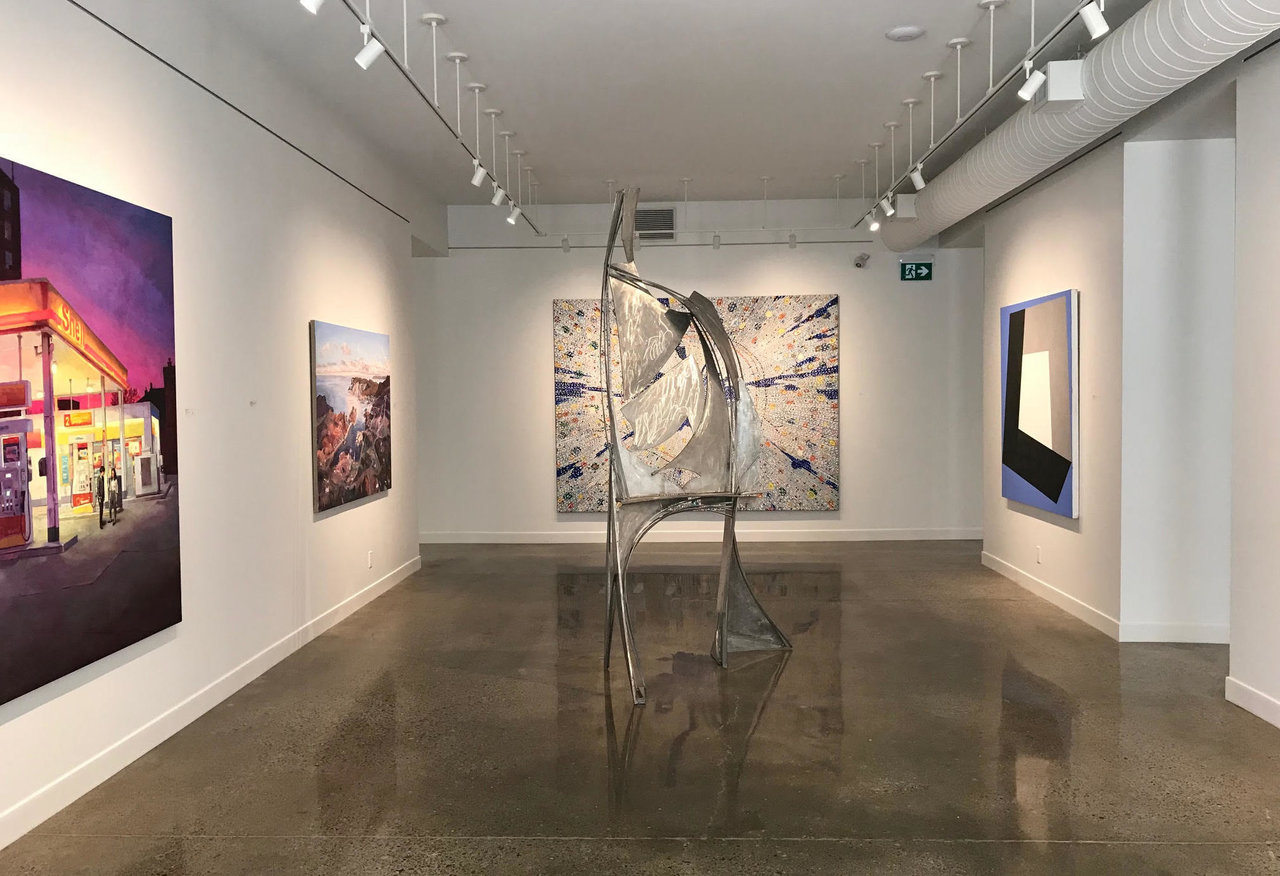 Installation view of The Big Picture, with Keita Morimoto, Filling Up (left), Douglas Bentham, Swinger of Birches (After Robert Frost) sculpture (middle) and Ric Evans, The Harmony of Appearance (right)

Frequent collaborators such as Stephen Appleby-Barr, Erik Madigan Heck, Joanne Tod, and Matthew Schofield make a welcomed appearance with their instantly recognizable oeuvres. Elsewhere, The Big Picture also features a few new artists who are beginning to formulate a working relationship with the gallery. Douglas Bentham is a Saskatoon-based sculptor whose industrially-tinged works of abstraction make a prominent appearance throughout. Similarly, Landon Mackenzie, who hails from Vancouver, is also given her debut within this showcase, as her large-scale cosmological composition “Night Sky and Blue Moon” (2009) takes up almost an entire wall. 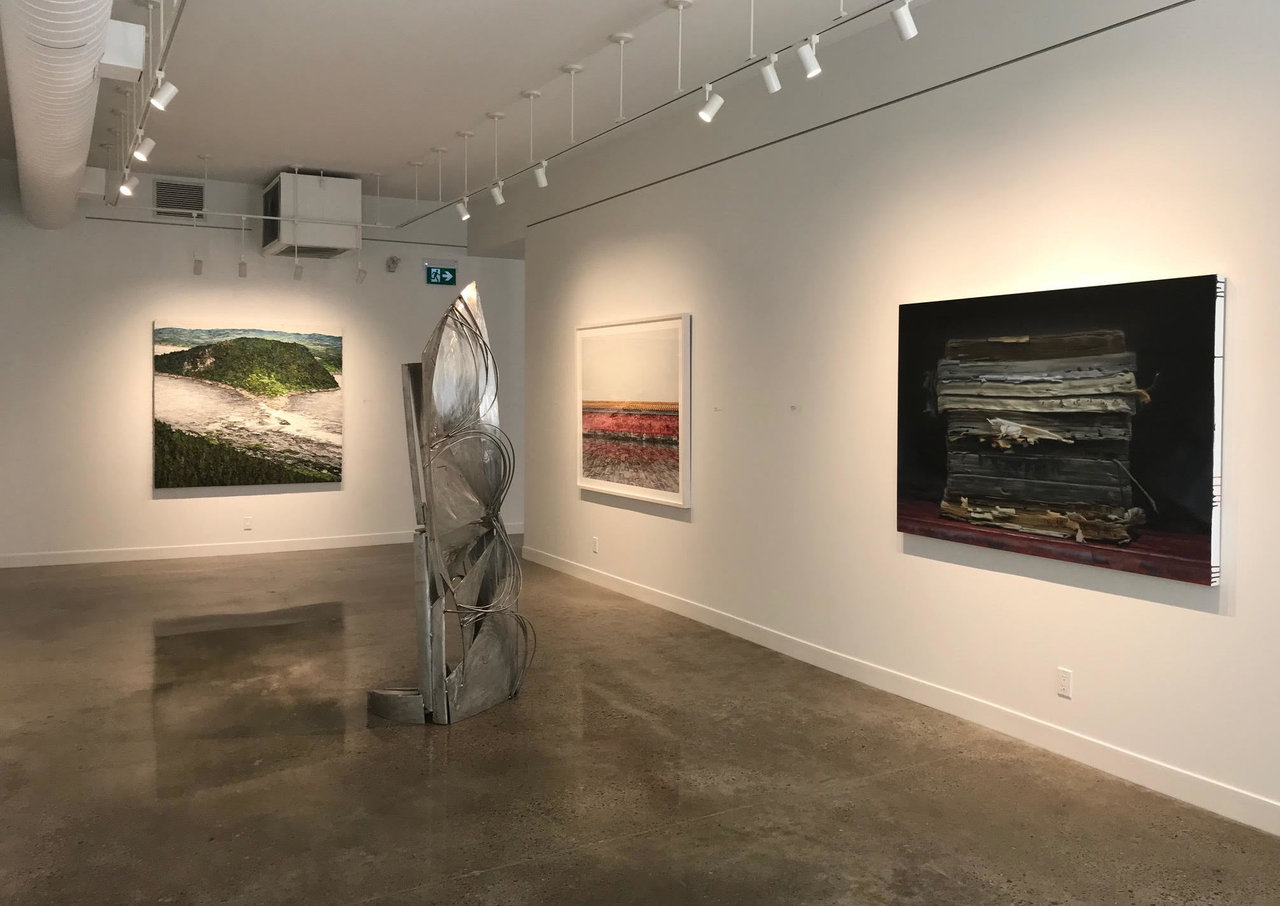 Installation view of The Big Picture, with (L-R) Matt Bahen, Some Things Are Better Not Put To The Test, Douglas Bentham, Espalier X-Ariadne (sculpture), Ljubodrag Andric, Beijing 4, and  Xiaoze Xie, Chinese Library No. 61

With this new location, Nicholas Metivier promises to curate and manifest more grandiose exhibitions and events than ever before; the community is waiting with breath that is bated.