The study of physical geography teaches the value of stone and wood in recording natural history. Both current exhibitions at Loop Gallery, Marking Time and The Wormwood Series, examine the concept of natural or found materials as indication of storytelling, image-making and conceptual framing.

The first half of the gallery is dedicated to Marian Wihak’s work. On one wall, we are greeted with, and immersed within, the artist’s large-scale painting Archipelago, a merging of abstraction and landscape, based on the artist’s observations during her residency on Fogo Island. The colours and textures feel organic: the greenish blues of the North Atlantic waters or the depictions of the cracks and fissures from the rocky shoreline.

On the opposite wall, we have a series of graphite work titled and numbered Rupture, Slide and Fissure. Additionally, there are three large rocks with relatively flat tops stationed in the centre of the gallery to accompany the work. The drawings are uniform, unframed and placed against a large black stripe of wall. Their contents are renderings of geological phenomenon, however, there is a tension between the pieces – as to whether the scale is micro or macro. What could be a crack in a rock simultaneously could be an aerial view of a canyon, or what appears to be a flyover view of fields, may, in fact, be tiny patterns formed on the ground. The completely unsaturated palette of the greyscale drawings and slate coloured rocks create a juxtaposition against the more colourful Archipelago painting that faces it. 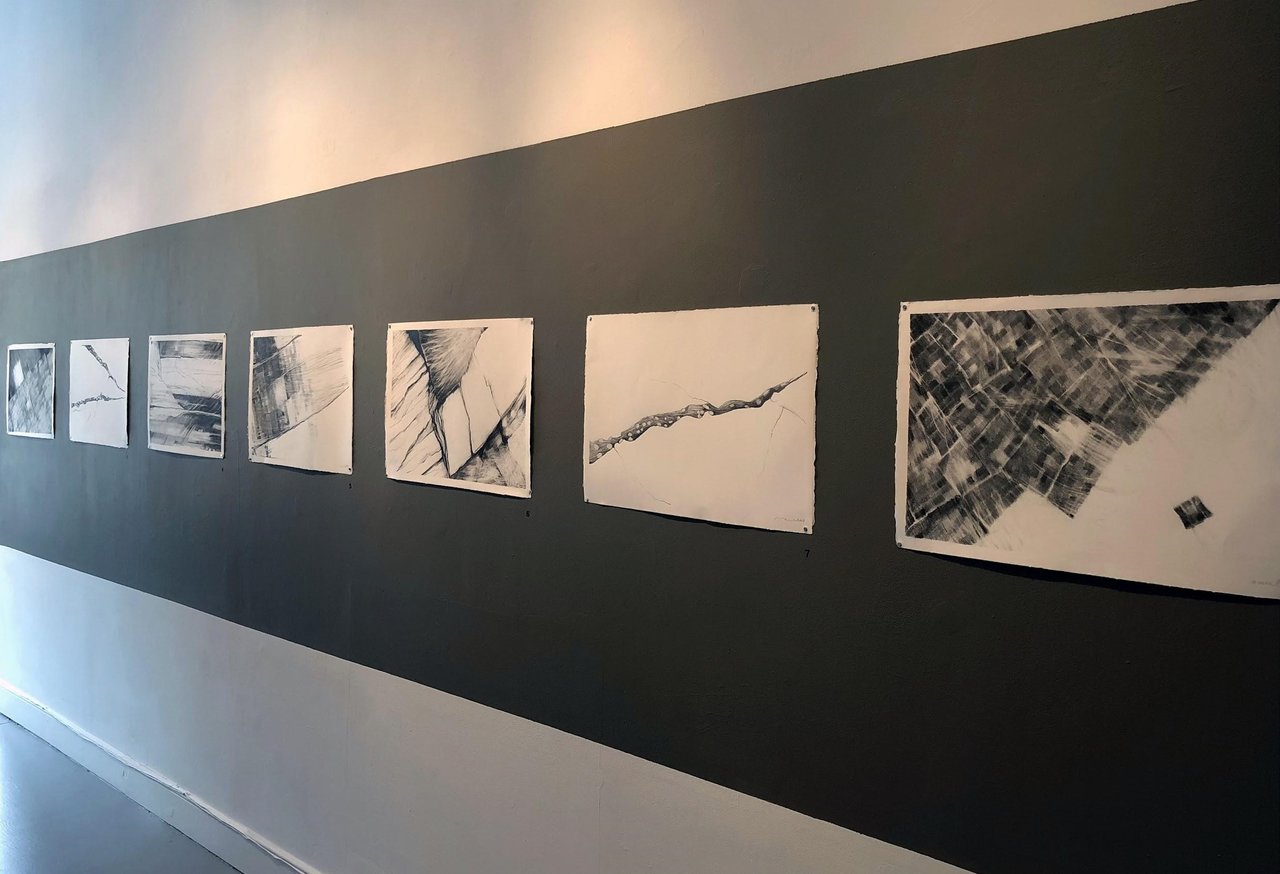 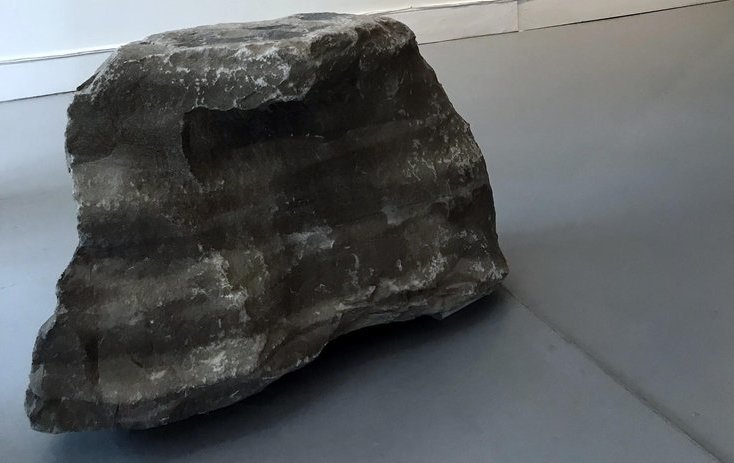 These dualities continue throughout Wihak’s work since the simulated textures of the drawing are in fact flat and relatively textureless. The simulation and the real become distinct through our haptic senses, despite the uncanny visual perception. Further contrast is found by placing the real rocks within the gallery context. Conventionally, these objects are perceived as sculptural elements meant for aesthetic considerations and therefore the codes and conventions of the white cube gallery suggest that they are not to be interacted with, however, the artist’s intention was utilitarian. Wihak invites the audience to use the stones as benches to sit on while engaging with the art on the walls. Offering this vantage point for the work aids in the artist’s concept of blurring the haptic phenomenon with the visual simulation.

The second half of the gallery is dedicated to exhibiting The Wormwood Series by Yael Brotman. Frottage is the term used in image making when you rub paper with a drawing medium over a surface to produce a relief like depiction of the texture underneath. Brotman has utilized this technique as a foundation for her artworks. Using the patterns formed from woodworm infestations burrowing through trees, the artist converts these winding patterns woven into the fabric of the wood onto paper using graphite. From this starting point, Brotman utilizes several techniques, such as watercolour, transferring processes and collage to reassemble the drawings while she also adds realist details of man-made structures to enrich the image. 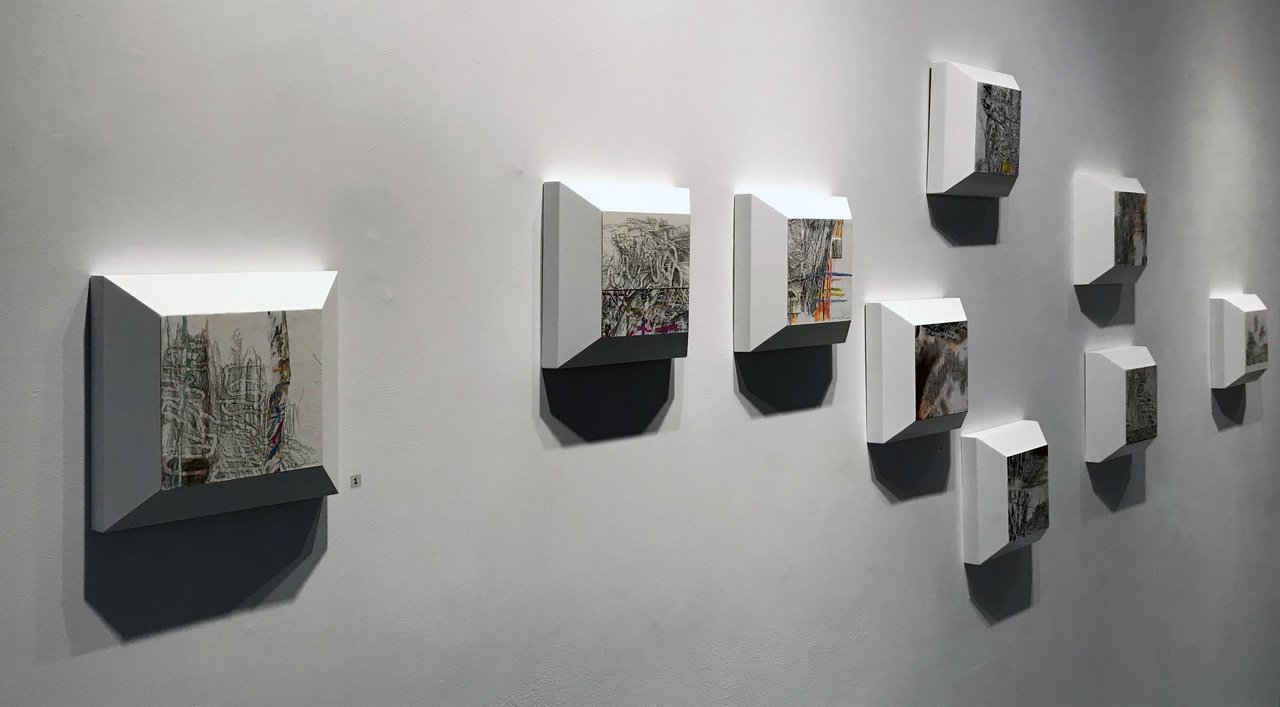 The depictions of large-scale industrial architectural details contrast the tiny organic lines created by the worms. This contrast seems to suggest a shift in perspective about the scale of human’s feats compared to the grandiose feats of nature. The work hopes to tap into the sublime and inspire us with awe when examining both the miniscule and the massive.

In the gallery, there is also one of Brotman’s sculptures titled Worm’s Progress. It is a large, neon orange, tube-like shape that branches off and twists towards the ceiling. Situated at its base, is a small white boat and two pieces of clear blue plastic that seems to suggest water. The work feels completely aligned with the rest of her series, except that it has manifested itself 3-dimensionally instead of on paper. The wormwood tunnel has become inverted to be a filled in tree-like statue, while the scale of the piece has been expanded to surreal heights.

Both Wihak and Brotman captured moments within the natural cycle of destruction and creation and managed to use their artistic vision and conceptual views to radically alter or expunge meaning from otherwise overlooked phenomena that help to form the textured fabric of our world. 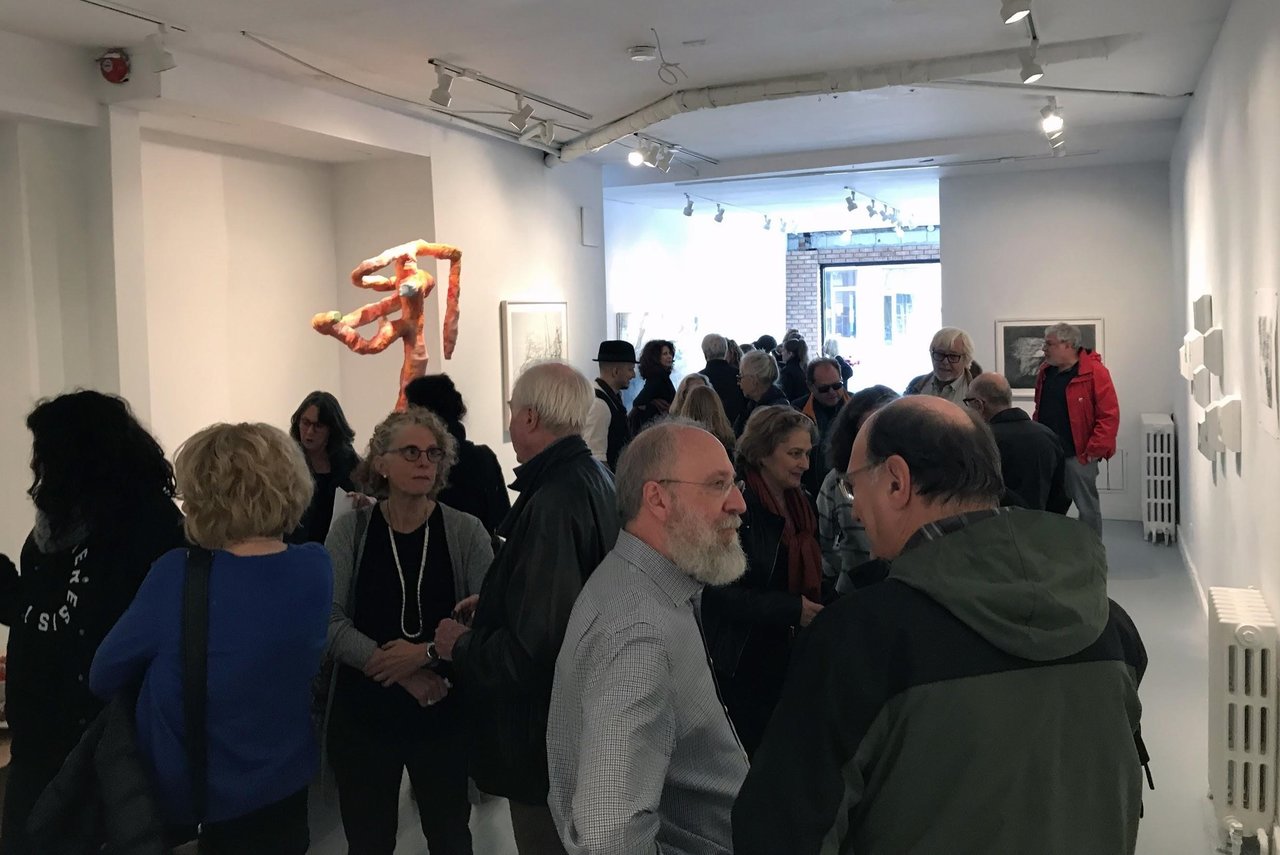