The photo of Buzz Aldrin on the moon is one of the iconic images of the 20th century. The astronaut faces us. His white suite contrasts against the grey lunar surface and dark space behind him. The head of the astronaut is hidden behind the reflective cycloptic visor. In the absence of a face, we see a reflection of the landing site and the horizon beyond. 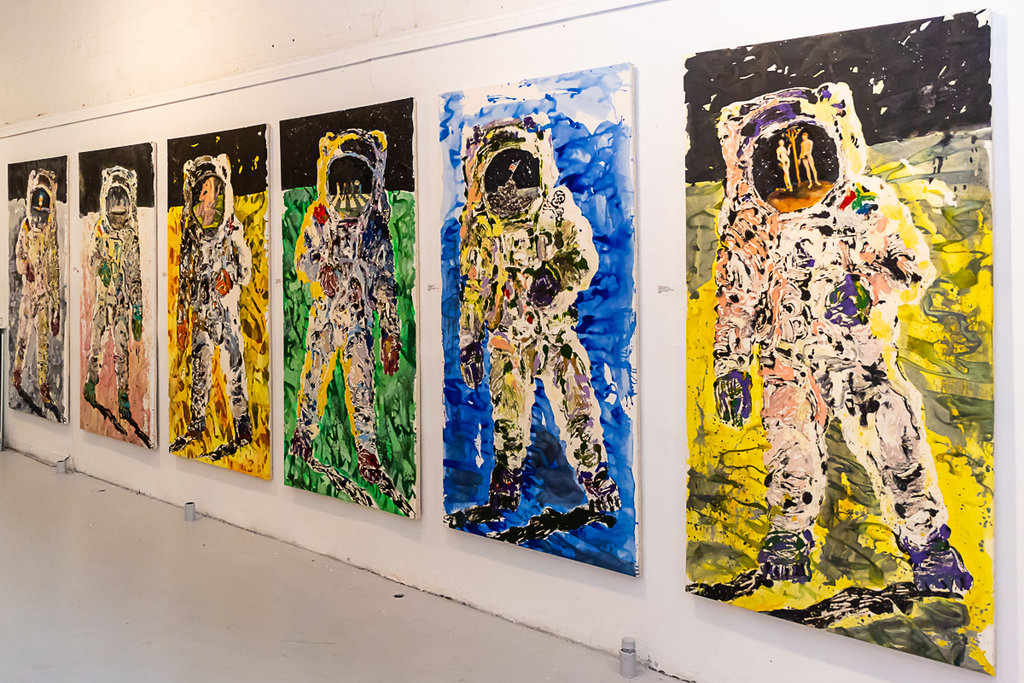 Installation view of Thomas Ackermann, The Apostle – Astronauts at Gallery 1313

In his show, The Apostle – Astronauts, artist Thomas Ackermann has used this famous image as a framework for a series of paintings. The paintings are large; the figures are life size. Elevated within the frame, they look down on the viewer. Although the source image is the same for each painting, there is a great variety in their colours and textures 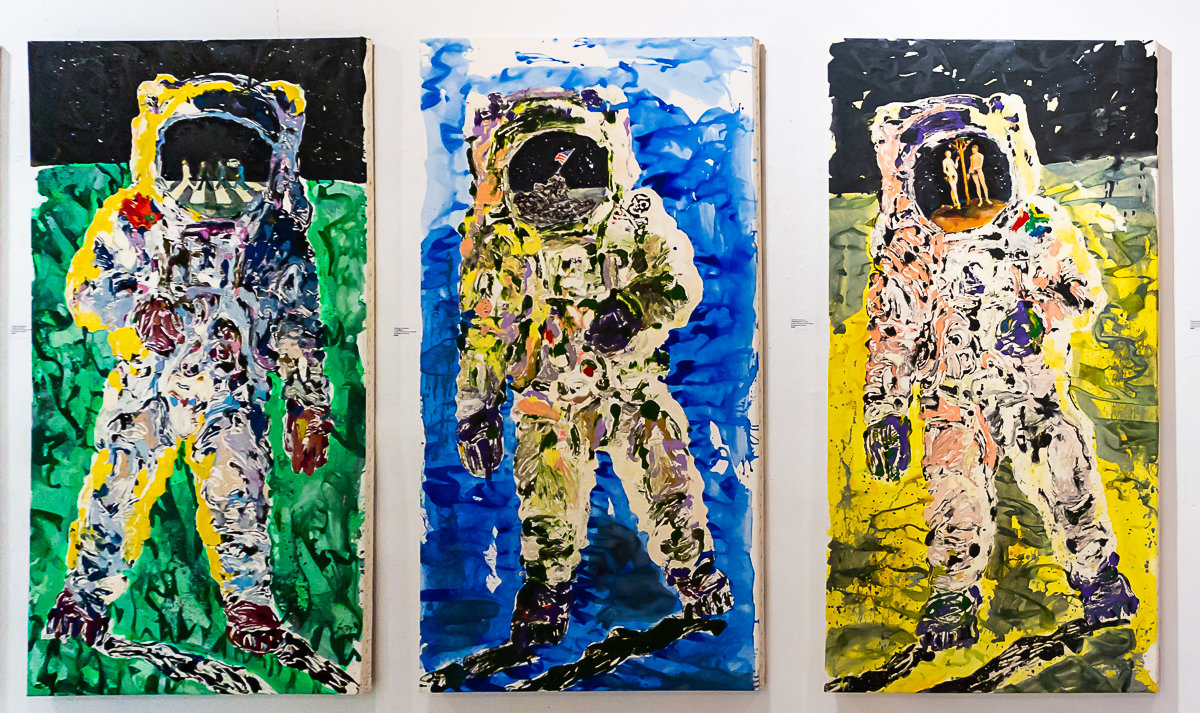 Ackermann has a long history of developing and adapting art making processes. The techniques used in this series are particularly interesting. The background is painted on paper. Acrylic paint has been made to flow and swirl into organic patterns reminiscent of marbled paper. Ackerman does this on the floor of the studio – evidenced by a few well-placed boot prints in the paint. The astronauts themselves are painted in a kaleidoscope of oil paint. They’re not painted directly onto the paper, but rather onto a plastic material that is then turned face down onto the paper. When the oil paint is partially dry, the plastic is peeled away leaving some of the paint flat and smooth and other areas smeared and disturbed. Ackermann has bonded these heavily worked paper surfaces onto stretched canvas with a technique that has returned the paper to a smooth and flat state. 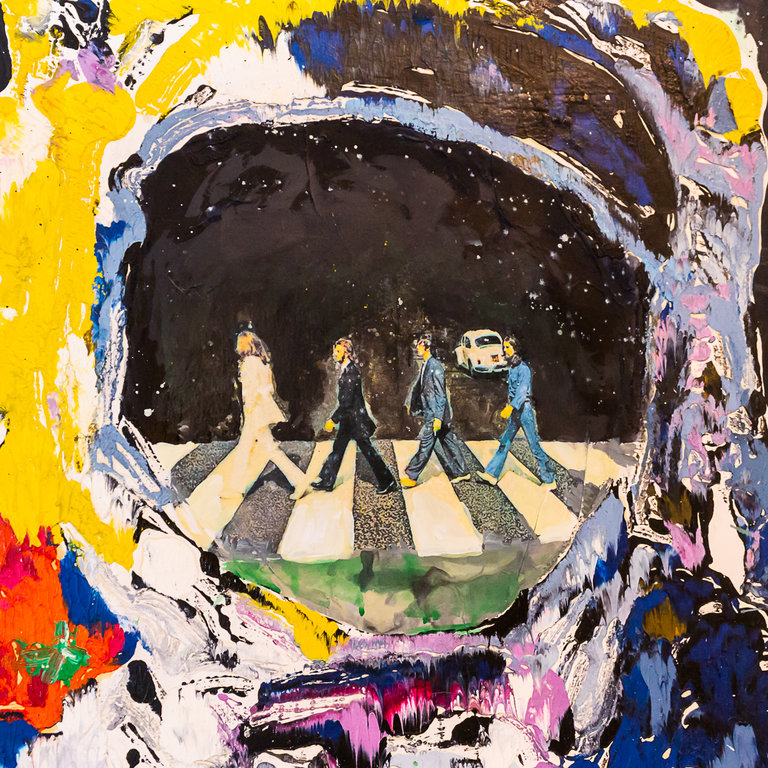 The visors of the astronauts are the focal points of the paintings and are filled with images that have been transferred from digital prints and then partially painted over with oil. Ackermann has replaced the original reflected moonscape with a series of loaded images: the Trinity nuclear blast, the Beatles on the Abbey Road crosswalk, US marines raising the flag at Iwo Jima, among others. The images are mirror versions of the originals. The Beatles are walking to the left rather than to the right; the Iwo Jima flag tilts in the opposite direction than at the original photo. 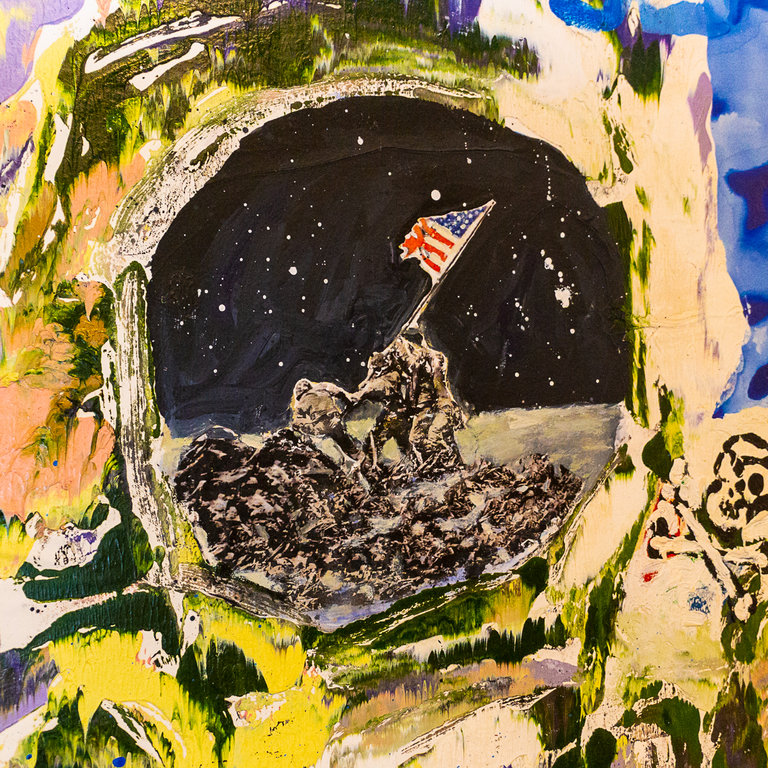 There are twelve paintings in the series – corresponding to the twelve astronauts who walked on the moon. Ackerman also makes a connection to the twelve biblical apostles and has given each painting a hyphenated name – part apostle, part astronaut. As apostles, are they bringing us a message? We look for a face to judge the intent of these figures but are met only with a reflective surface and these enigmatic images. 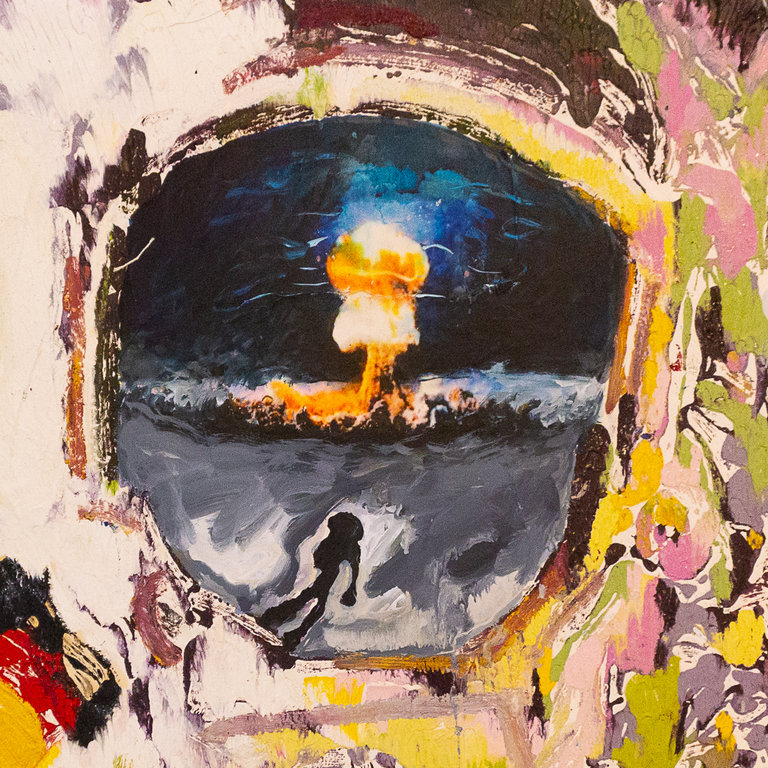 Is this what the apostle/astronaut sees when he looks at us? Is this our own reflection? Do we see ourselves? As through a visor darkly? Ackermann remains coy on how one should interpret this. He suggests that it’s up to the viewer to find a personal meaning. He says “The ability to bear frustration when you don’t really know something is really important in order to get something from a work of art.” 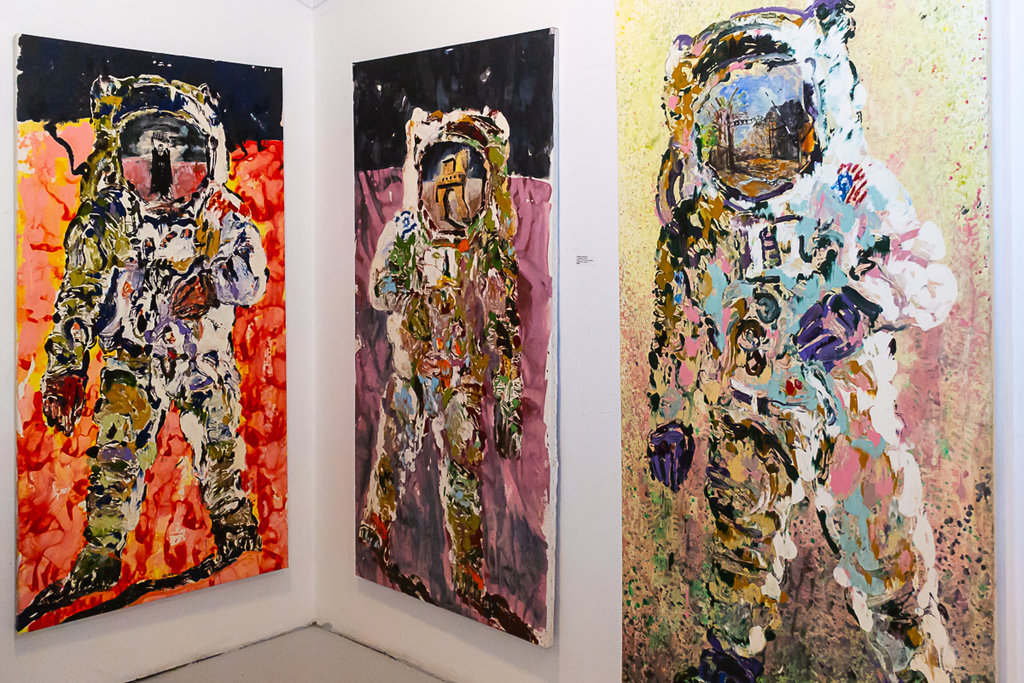 The Apostle – Astronauts are the kind of paintings that you want to look at again and again. They appear simple at first but are harder to pin down the longer you look at them.